A single letter is enough to identify the baddest of central engine French coupés, soon to be included in the range alongside the already successful Pure and Légende versions: the Alpine A110 S. Under the bonnet, the A110 S conceals reinvigorated mechanics, enriched by as much as 50 horsepower, and several modifications to the suspension and electronic controls. Naturally, then, its exterior get-up has been revitalised with an even more athletic spirit. First of all, a new opaque strip – in Thunder Grey – is being released. The new colour is eye-catching and particularly effectively expresses the performance aspirations of this last born, without, however, betraying its natural elegance. (The A110, with polished and compact forms is one of the few sports cars with a superior lineage that renounces the tail’s extractable spoiler.) 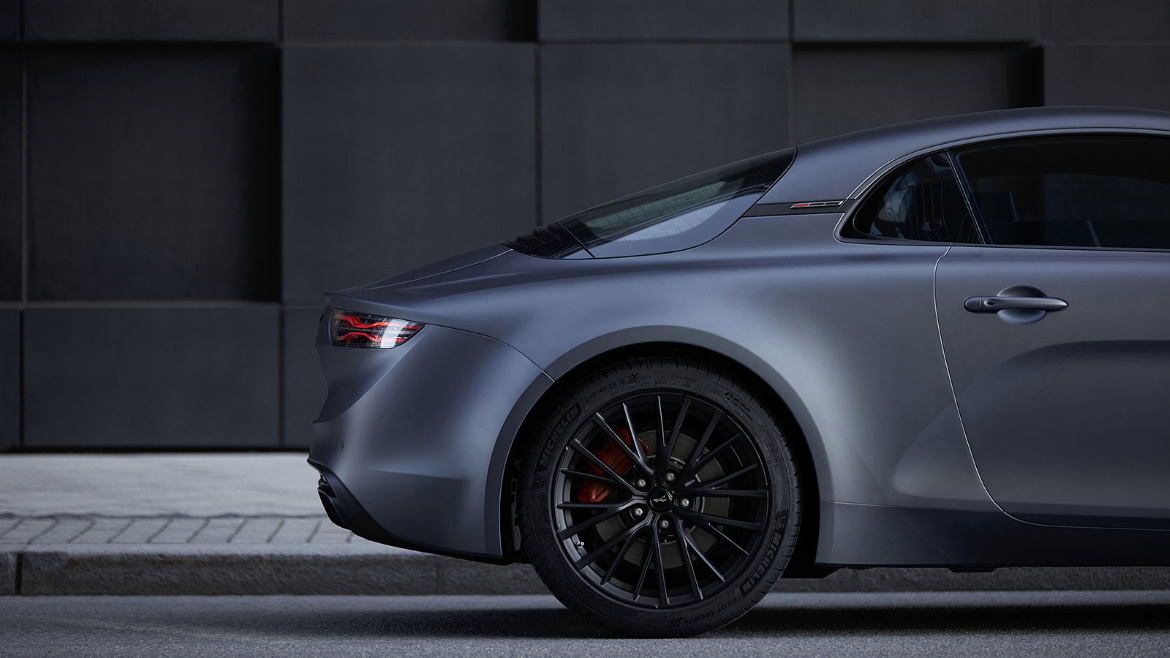 For the version with 18” rims – called GT Racing Rims and boasting a special shape – the orange Brembo brake calipers are being revived. Their orange tone also appears on the small shield at the base of the rear pillar and, in the passenger compartment, substitutes the traditional blue that is already characteristic of the upholstery stitching. The seat and roof panel trim, moreover, now feature refined Italian Dinamica fabric, which combines ecological production methods with optimal grip and a surprisingly pleasant feel. 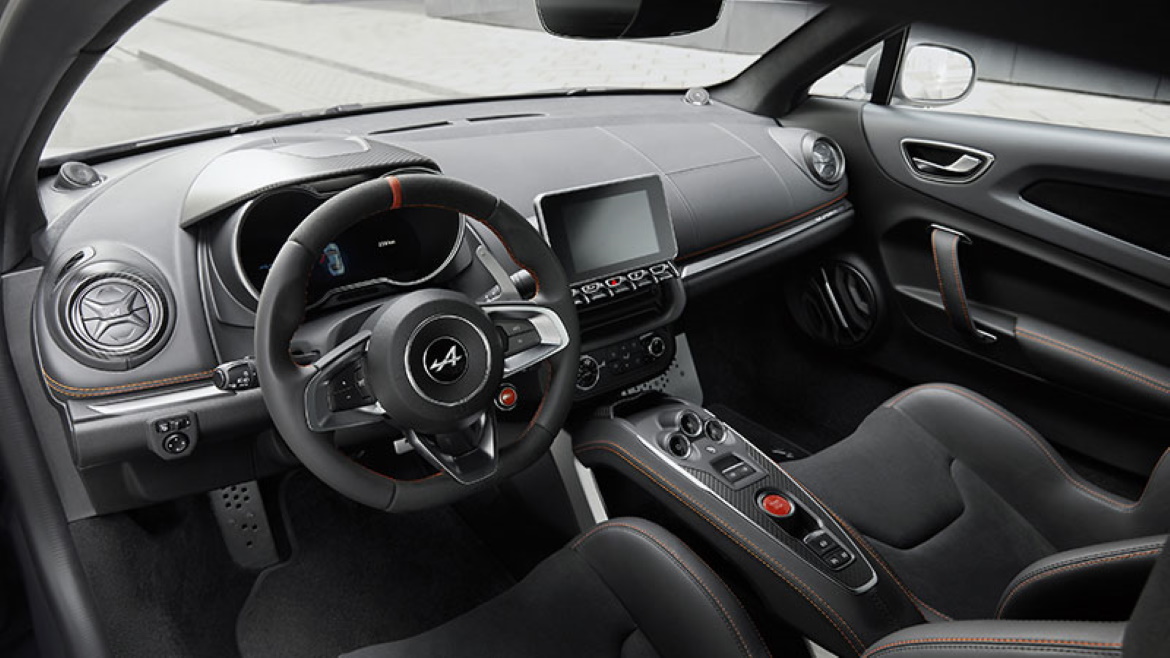 But the biggest surprise of all is the authentic carbon roof that the customer can order (it is 1.9kg lighter than the already valuable aluminium component) and the Sabelt seats that also feature this material. The optional components that can be ordered include, finally, the exciting Fuchs wheels in forged aluminium, which very pleasantly recall the 1960s. The modified A110 S formula will be available at dealers by the end of 2019, for around 66,500 Euros.