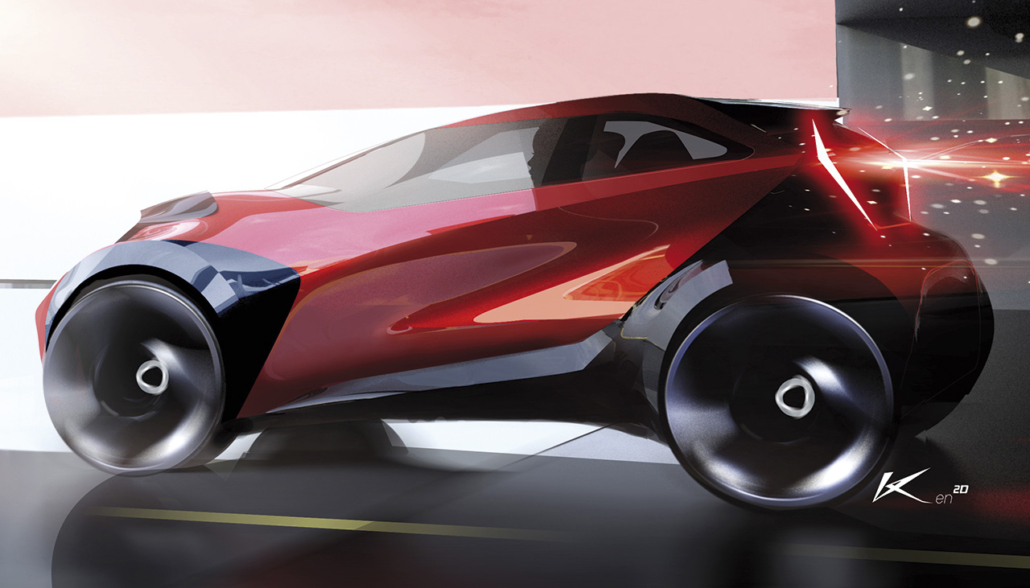 Over the last four years that saw them working together, ED2 has produced many designs that have changed the perception of both brands in Europe, such as the Toyota Aygo X, Aygo X Prologue Concept, Lexus LF-30 Electrified concept, the advanced design for the Toyota bZ4X, and multiple vehicles created for the Tokyo BEV event in December 2021, such as the Car Design Award winning Toyota EV Compact Cruiser. Both Ian Cartabiano and Lance Scott have had long and successful careers within Toyota Design. 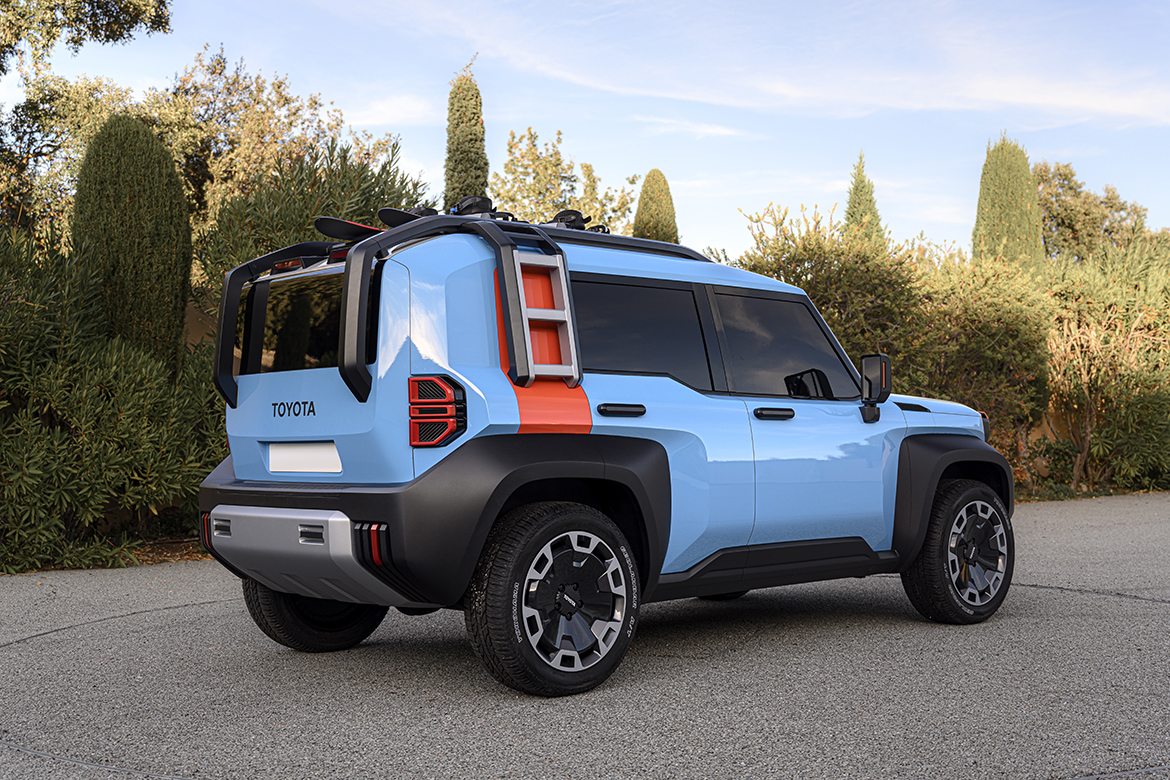 A car enthusiast since forever, Ian Cartabiano knew he wanted to work in the design industry from an early age, spending much of his free time sketching during his days at South High School in Torrance, California. So, it should come as no surprise that art was in his blood: His father was a toy designer; his mother, a painter, and his grandfather worked as an aeronautical designer creating everything from rockets to helicopters. Cartabiano joined CALTY Design Research immediately after graduating at Art Center College of Design in 1997 and he took part in a variety of high-profile projects, including playing a leading role as Chief Designer of the Lexus LF-LC concept vehicle and Toyota C-HR. After 15 years at CALTY, he spent the next two at Toyota’s Design HQ in Japan, where he designed the exterior of the current Toyota Camry. Then it was back to CALTY in 2015, returning as the Studio Chief Designer where he was Chief Designer and Project Leader on the Toyota Concept I, FT-4X and Lexus LF-1 Limitless. In 2018, Toyota took his talents to the French Riviera assigning him to run ED2 as President. 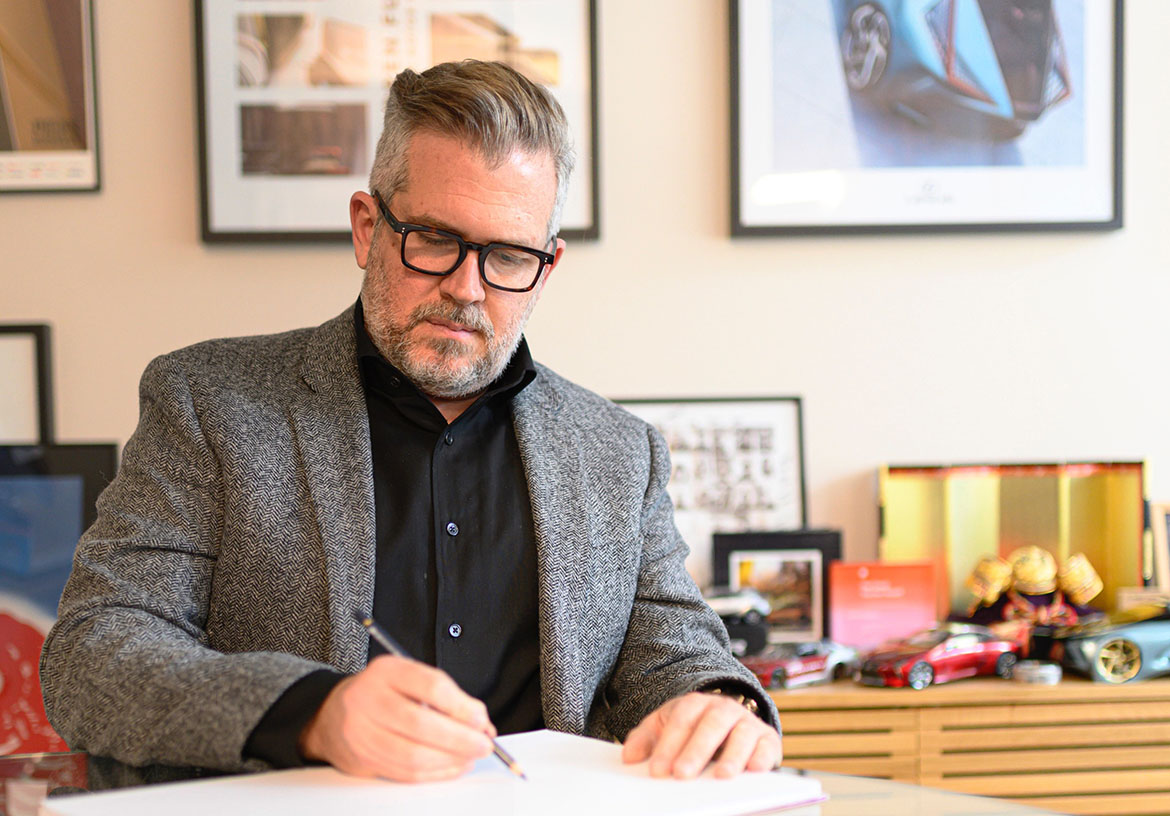 Lance Scott graduated with a BA Honours in Transport Design from Coventry University in 1995. With experience from PSA and Hawtal Whiting, he joined Toyota Epoc in Belgium in the same year. In 2000 he moved with the studio to its current location in the south of France when it became Toyota Europe Design Development (ED2). During 2000 he was tasked with the design of the Land Cruiser Prado which led to him spending 4 months in Toyota Motor Corporation in Japan developing the production Model which was launched in 2004.

On his return, he became part of the Strategic planning group, where he was involved in design philosophy and identity activities as well as concept creation and advanced design proposals. In 2013 he became studio General manager and managed a large range of projects from showcars and experimental projects such as FT-CH and I-tril, LF-SA and UX concept through to design production proposals for both minor change and full model change.

In 2019 he returned again to Japan for a 6-month assignment and on his return became Design director at ED2. Recently he directed a number of projects including the Aygo X Prologue launched in spring 2021 (Cover story in Auto&Design no. 247). In May 2022 he took over the management of ED2 as Design Director/Co-Gerant, the first locally employed member to carry out this role.