Building on the undeniable legacy of the model launched in 2008, the new Ferrari California T was born with the spirit of harmonious evolution in an aesthetically pleasing blend of innovation and tradition.

“The car has been completely redesigned, respecting the peculiarities that made the previous model famous, but with a modern design that integrates some references to the brand’s GT tradition and new sports styling,” explains Flavio Manzoni, Ferrari’s design director.

The development of the California T involved the Ferrari and Pininfarina Style Centre which – under the constant supervision of Flavio Manzoni and under the guidance of Fabio Filippini (Pininfarina’s Design Director) and Fabrizio Valentini (Pininfarina’s Vice-Director of Design) – took part in defining the exterior.

While maintaining the same dimensions as the previous one, the new coupé looks even sportier, lower and wider. It is gritty but not aggressive, the expression of an elegant formal language with a balance of concave and convex surfaces that dominates the perception and gives it the refined look of a Ferrari granturismo. 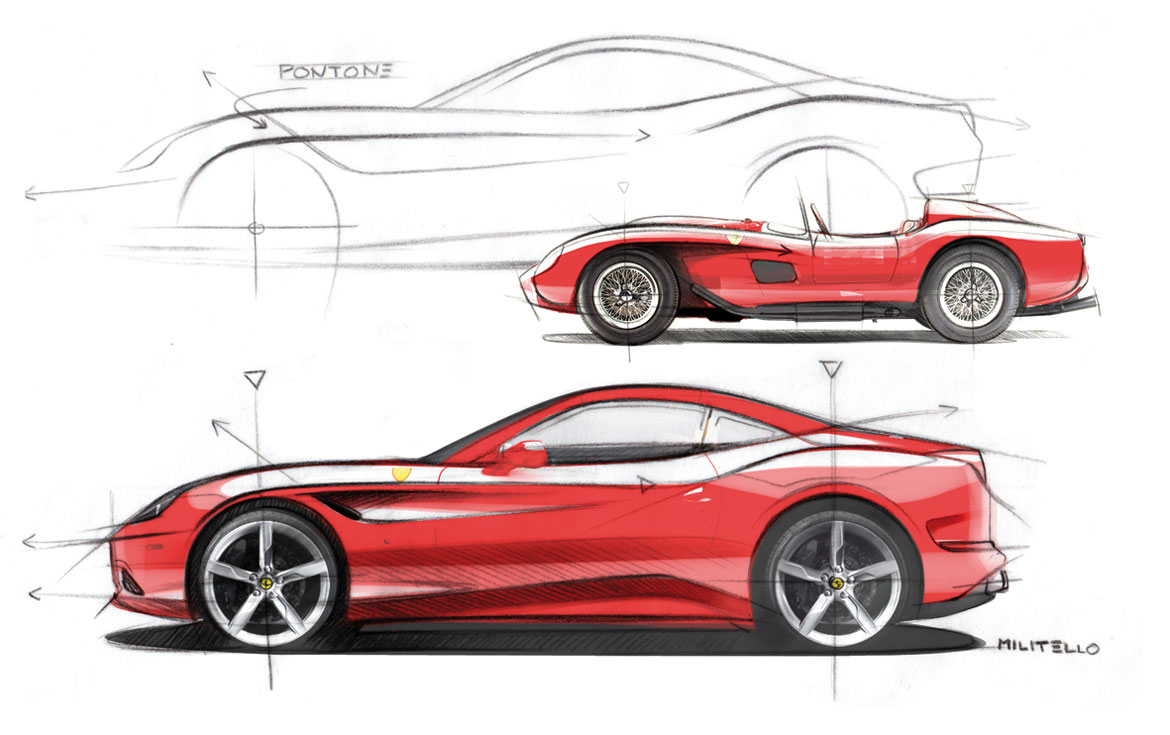 “In the proportions, we have chosen to maintain the typical canons of the Ferrari GT front-engined,” explains Manzoni. “We have worked a lot on the side which is sober, slender and dynamic, thanks to the long front fender – inspired by the famous ‘pontoon’ fender of the 250 Testarossa with the air vents behind the wheel arch – which extends towards the more compact and muscular rear fender.

Abandoned the chrome profiles and with an attention to expression, the large mouth designs the front and underlines the need for an air flow suitable to satisfy the powerful 560 hp V8 engine. The increased brake air intakes accommodate the intercoolers of the new turbocharged engine. “All the elements of the car are designed to meet technical requirements and are designed to characterise the style of the model,” explains Andrea Militello (head of exterior design) regarding the close relationship between form and function that characterises the genesis of every Ferrari.

In the definition of the rear, work has been done to achieve a decidedly more horizontal development with some optical “tricks”, such as the positioning of the round lights on the trunk and at the ends of a lowered spoiler, which help to reduce the height of the tail without foreclosing the space for luggage and the folding roof (unchanged from the previous model) which allows the transformation from coupé to spider in just 14 seconds. 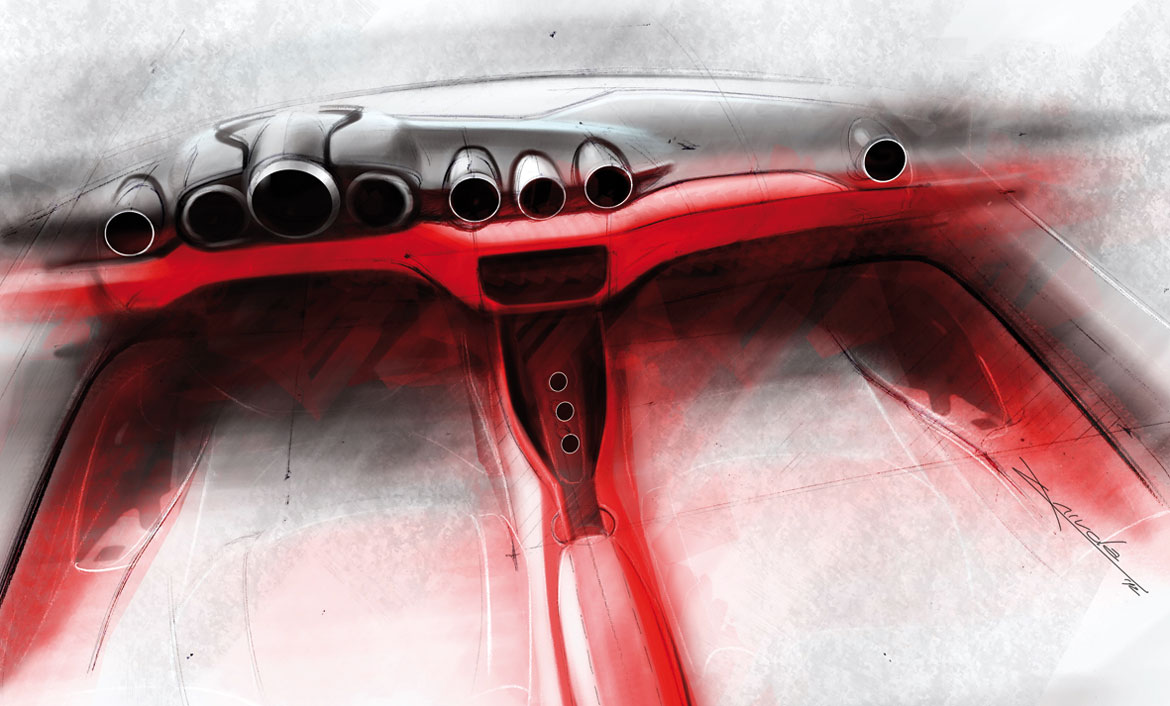 There are also references to tradition in the refined interior where the fusion of sportiness, elegance and comfort aims to approach the spirit of the original California of 1958, inspiring a new formal language with emphasis on circular elements. These include the air vents with an aeronautically inspired design, and the new Turbo Performance Engineer (TPE) – in aluminium and with a capacitive digital display – which allows the potential of the new turbo engine to be managed to the full.

“To renew the aesthetics of the cockpit, we started with the architecture, moving away from the “T” model with mirrored modules of the California production and tending towards a more horizontal language in line with the external formal dynamics, despite the difficulties given by some constraints below the dashboard that did not allow great movements in the plants,” explains Angelo Nivola, senior interior designer.

The horizontal lines that define the interior design accentuate, in fact, the dynamism, while the moulded models increase the sense of lightness, as in the slender two-tone dashboard without a connection to the central tunnel, characterized by the longitudinal bridge with the three F1 keys.

“We wanted to emphasize lightness and create greater continuity between the elements, dedicating particular attention to details such as, for example, in the special three-dimensional stitching with machined sections that design the upholstery and door panels,” Angelo Nivola points out, “Despite the undeniable quality of the materials used, the search for an even greater perceived sensation of quality was born to better meet the expectations of the demanding Ferrari customer.

The article continues on Auto&Design n. 207