Drive through the hills and down to the sea, stop for lunch along the way and, on the road back, take a detour to the circuit and do a couple of record-breaking laps on the track before heading back home. It was this Dolce Vita kind of brief that Lowie Vermeersch and his GranStudio team were handed in the summer of 2015, when Giampaolo Dallara entrusted them with the styling project for his high-performance road car. “For years, ing. Dallara had dreamed of a car that epitomised his vision. A basic two-seater sports car, with the maximum weight/power ratio a racing philosophy decrees, but where the pleasure of driving is compatible with day-to-day use. And, he wanted it to be beautiful”, says Vermeersch. 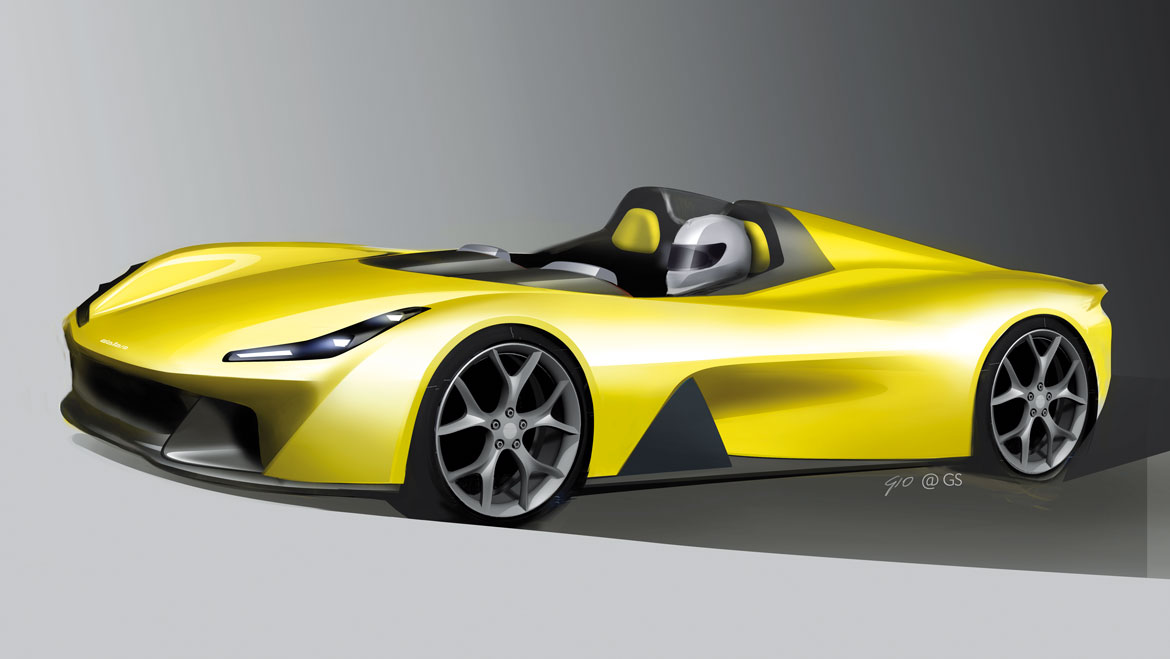 His team, led by chief designer Giovanni Piccardo, immediately set to work on the technical blueprint provided by Dallara’s engineers in the form of a highly detailed layout in which the aerodynamic specifications, in particular, were binding. Two essential characteristics: it had to be an authentic door-less barchetta and have a four-cylinder transverse mid-engine. An architecture that demands a car body that is very low in the centre, to enable the driver to climb into the car over the side wall, and with a much higher rear volume in which air flows for the fuel supply and cooling system can be channelled. 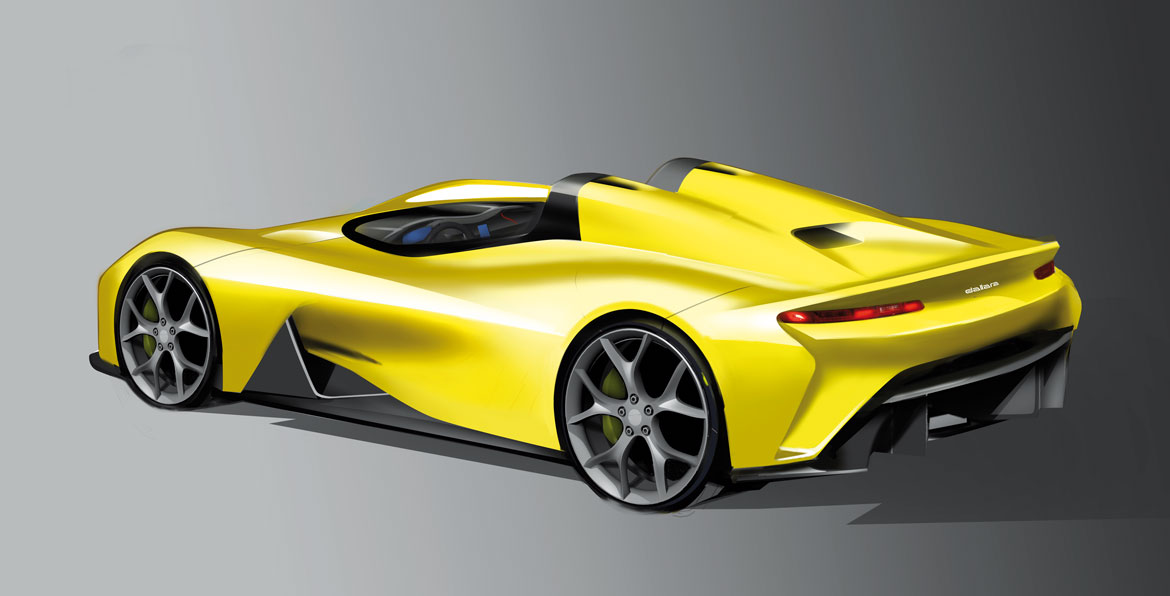 In the first phase, a scooped out side panel was hypothesised to feed the big air intake in front of the rear wheel arch. “The combination of such a low centre profile, with respect to the high tail, made the form appear fragile in the middle. So the idea was to slot the air channels inside the side panel, taking advantage of the fact that there are no doors”, explains Piccardo. The result is a sturdy side section, which is also useful as a support for accessing the passenger compartment. An impressive sculpture that also serves technical demands: the air for the intercooler is channelled down the right side, that intended for the engine down the left. The headlamps are shaped to avoid disturbing the front air flows before they enter these channels. As with every detail of the project that would blossom into a feistily elegant sports car, this solution also sees a perfect integration of style and function. 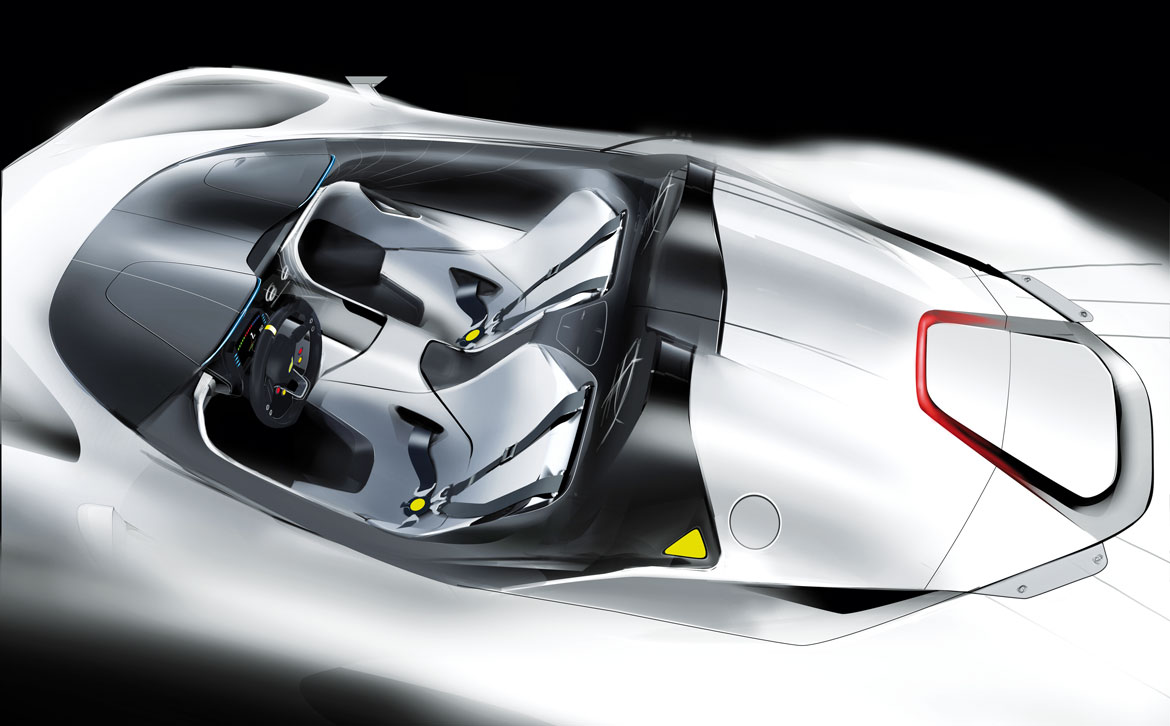 “It is not, however, the typical ‘form follows function’ approach, and even less so one in which style imposes itself on function. We are talking rather about Performance Design, a process that moved forward through constant dialogue with Dallara engineers”, explains Vermeersch, telling us about an exciting period of six months of “continuous traction”, in which his team and that of the client spurred each other on to fine-tune the surfaces, which underwent constant testing and tweaking, virtually in Turin and in the wind tunnel in Varano de’ Melegari in the section dedicated to Aerodynamics, one of Dallara’s areas of excellence.

“Looking at the Stradale, you can feel the air accelerating over the forms”, says Giovanni Piccardo, who prefers volumes with non-constant sections and immediately points out that “some of the solutions seen in the model, such as the depth of the side, were made possible only by the use of carbon fibre”, another area of expertise in which Dallara is highly specialised. 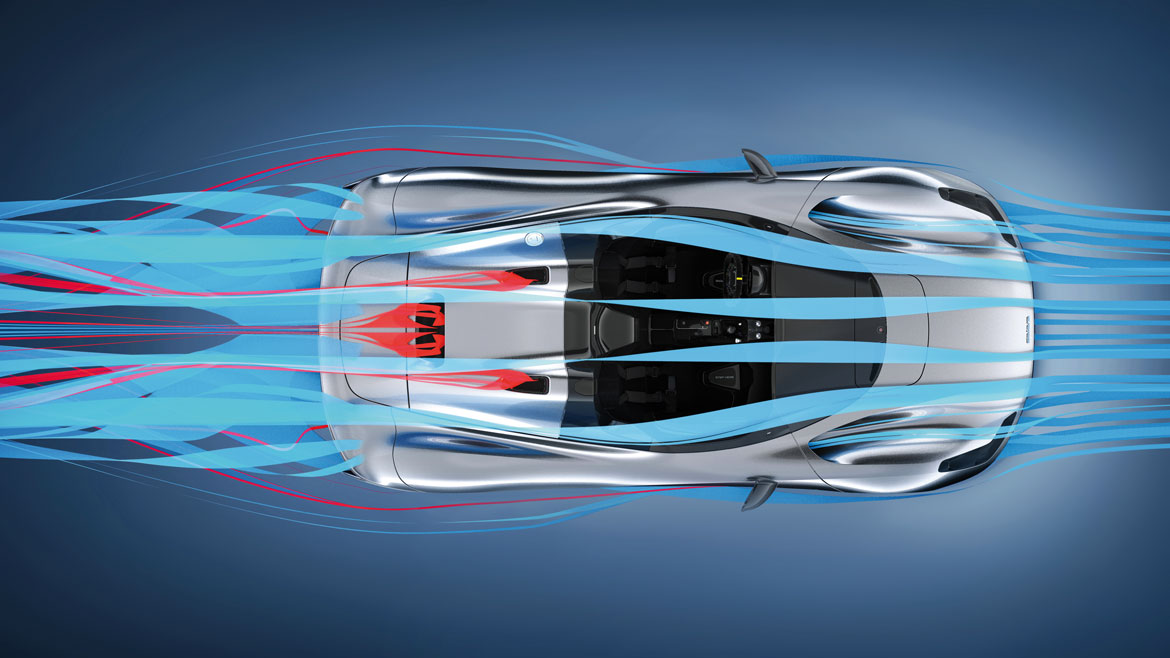 The driver and passenger also experience the emotion of feeling the accelerating air, unless they choose to add to the barchetta a plexiglass canopy that includes the windscreen and two gullwing doors hinged to a longitudinal beam, with the possibility of using the various panels in different configurations (coupé, roadster or with a targa-type roof). In any case, the split cockpit embraces the occupants, making them feel protected, perfectly well accommodated in the sports seats, and guaranteeing support in the lateral decelerations which, in the Stradale, as a result of a downforce practically equal to the total weight of the car, which is only 855 kg, gets up to 2G.

“User experience is fundamental, and we wanted this car to be experienced as an extension of your body”, explain Vermeersch and Piccardo. “We wanted to maximise physical contact between man and machine in order to trigger interaction and harmony”. The in-car experience is pure sportscar, with parts of the body in carbon left exposed and completed by padding. 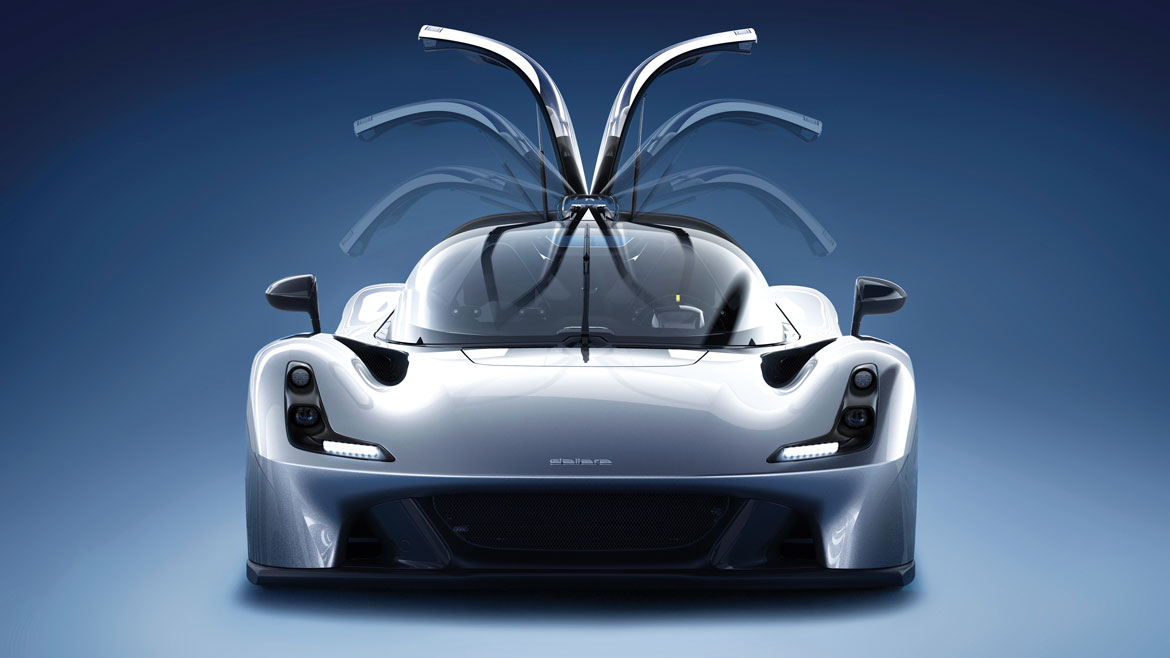 On board as well as outside, intentionally clean graphics combine with simple yet sophisticated forms. And it is exactly here that the aesthetic-formal philosophy of the project is expressed, explains Lowie Vermeersch: “It is a design that is not derived from what we believe to be the latest trends, but that instead has the self-confidence to be born purely from the content of the project, mixed in with the vision of a compact group of experts.

In that sense the design aims to be in a certain sense “transparent”, as if the forms emerged from within it, generating a real, direct contact between those who use it and the soul of the car”.

Full article in Auto&Design no. 228