There is a company near Turin that not many know about outside the automotive world, but which for some time now has become a benchmark for those who work in the sector. In fact, few of the four-wheeler brands do not use it to implement style models, hand-made prototypes and pre-production models, right up to the production of parts (even entire bodies) and even complete vehicles. Cecomp is one of the symbols of that supreme quality that once made the fortune of the Turin family-run coachbuilders. It is no coincidence that it is one of the few companies to have survived the great crisis of recent years, actually managing to expand on the back of a leading edge technological effort. “The important thing is to believe in what we do”, explains Gianluca Forneris, who together with his brother Paolo has taken over the legacy of his father Giovanni, who died two years ago. 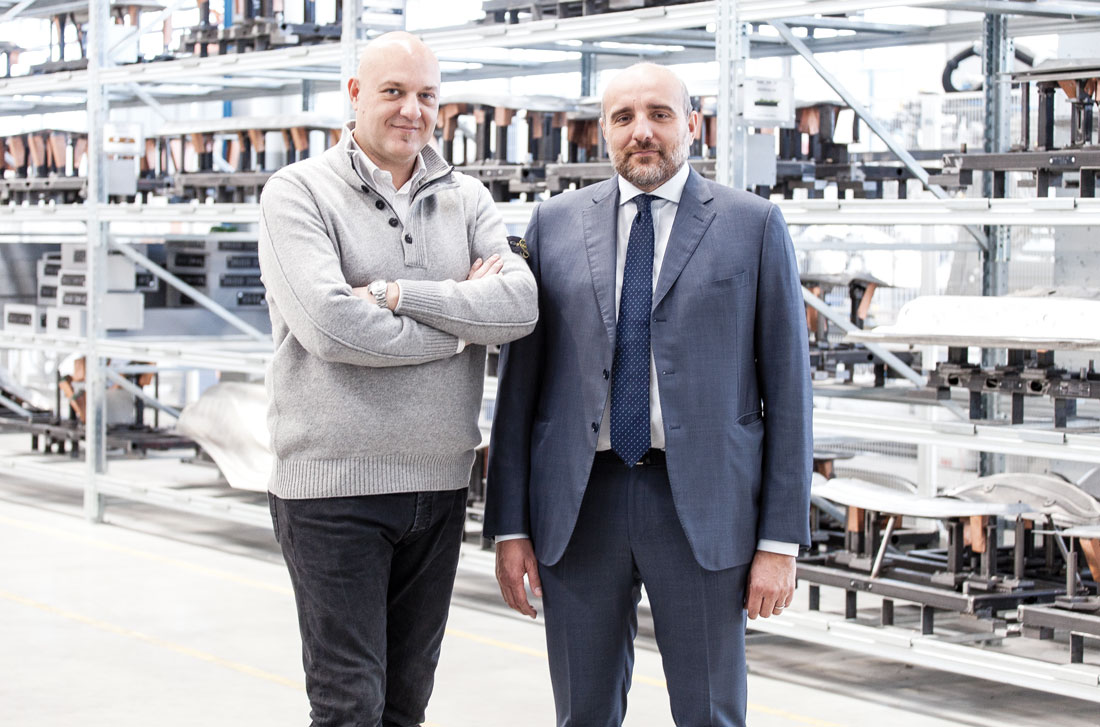 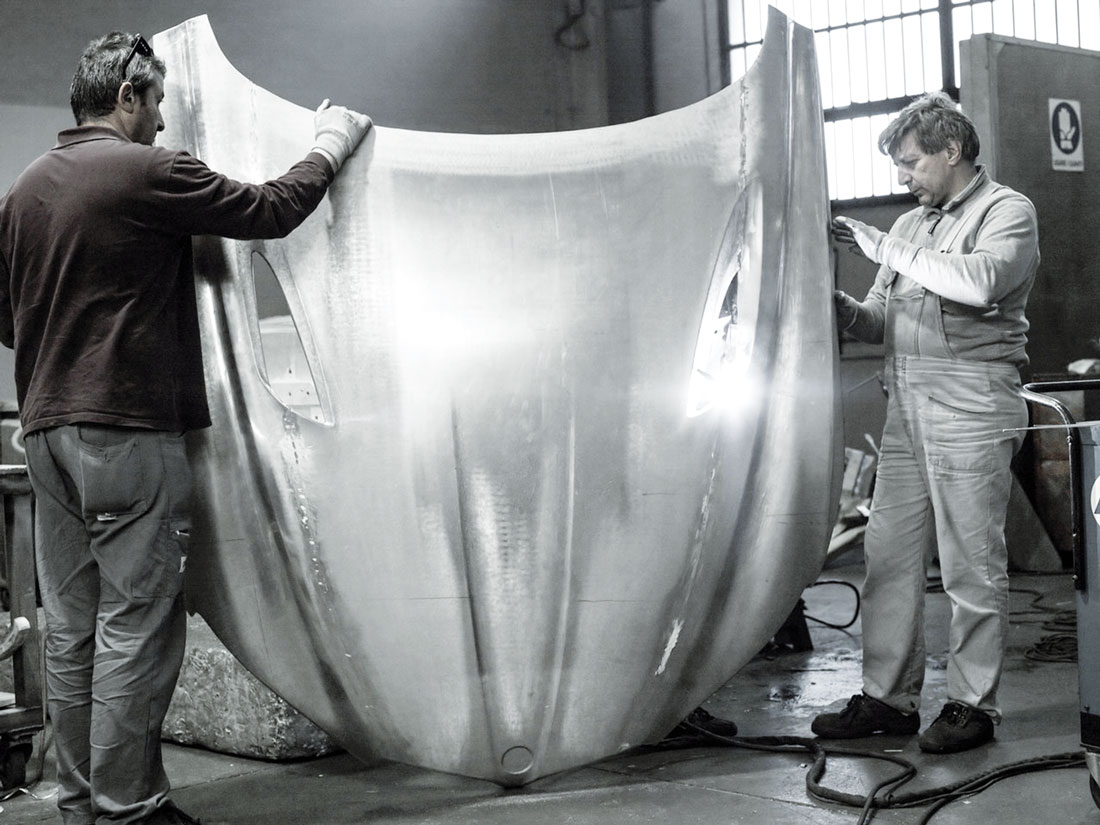 An engine bonnet and door assembly. That’s how a body is created at Cecomp, the aluminium processing specialists: in this case it is a BMW Z4 Coupé. 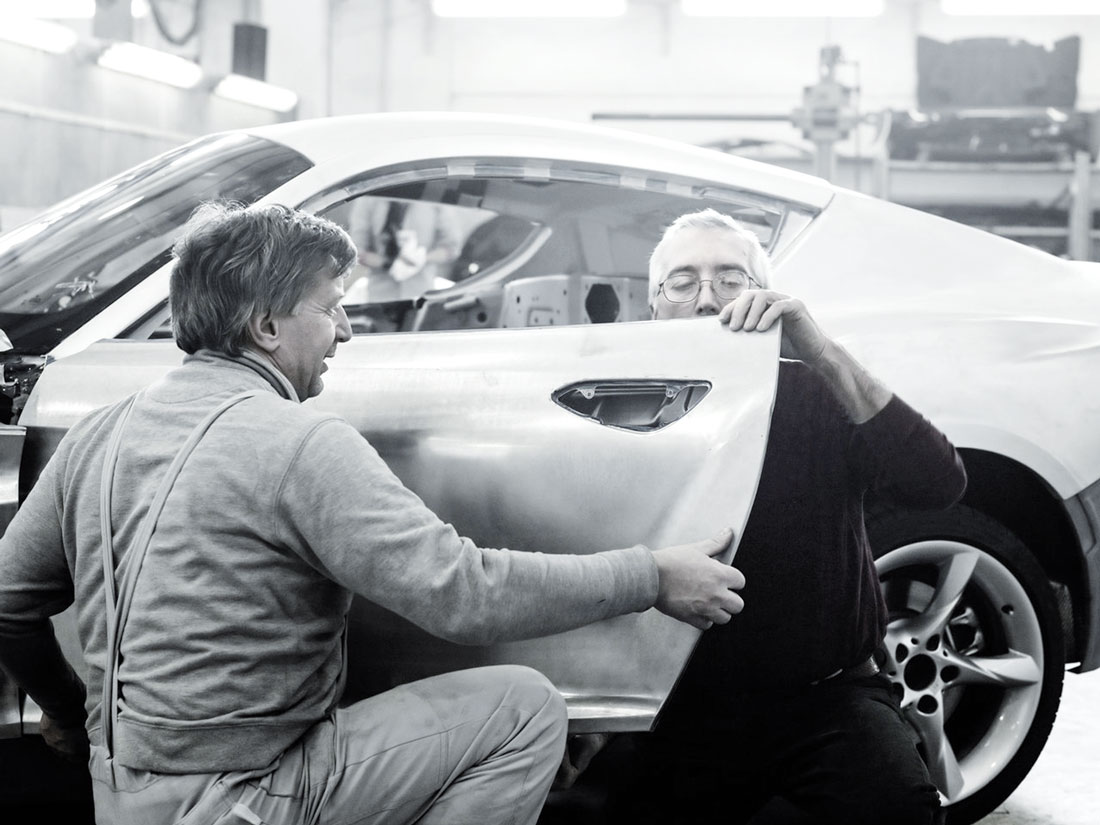 The secret, perhaps, was the ability to combine tradition and future. The tradition was that of Giovanni Forneris, who set out as a model maker in the Fiat Style Centre, then grew up with Giovanni Michelotti and finally Giorgetto Giugiaro until he became self-employed in 1971 with a model making firm that in 1978 would become Cecomp (i.e. Centro Esperienze Costruzione Modelli e Prototipi).

A historic image: first on the right is Giovanni Forneris, who began as a modeller and founded Cecomp in 1978. Here he is with the famous designer Giovanni Michelotti (left) and Piero Ambrino (models manager at the Michelotti studio). 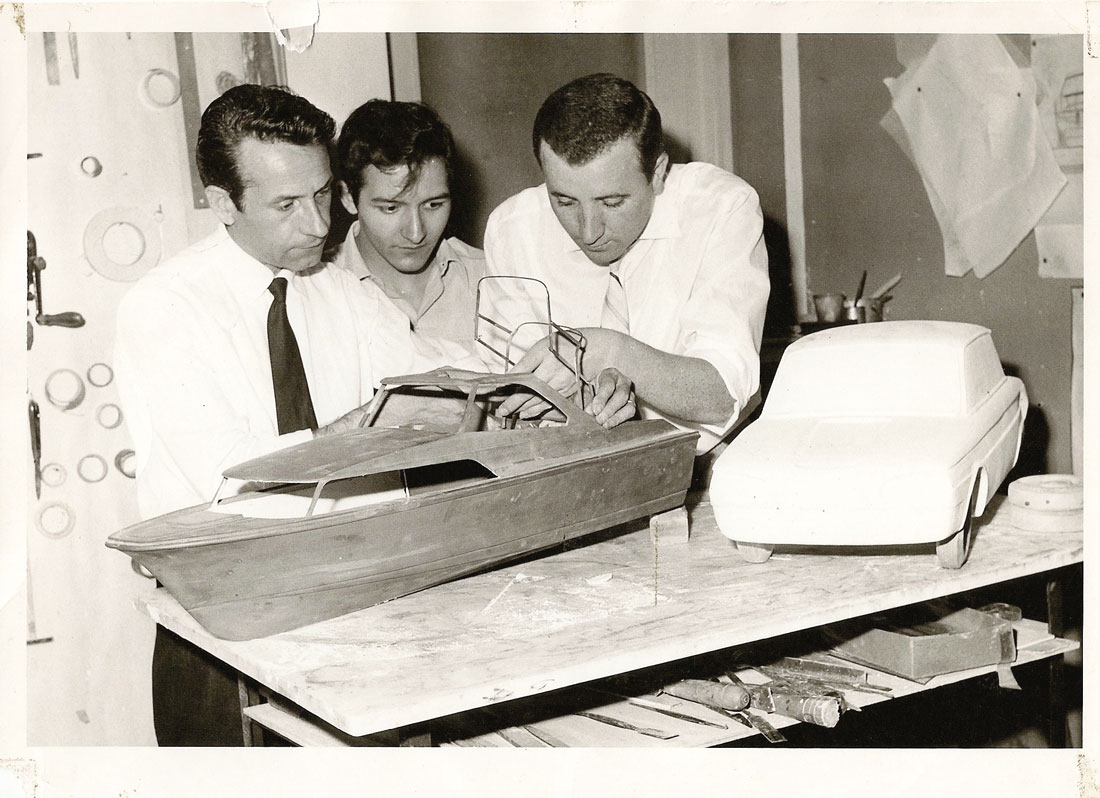 The completed prototype of a De Tomaso from the late 70’s, above. Right, the body for the 1987 Maserati Shamal prototype. Few car brands have not called at the Cecomp premises. 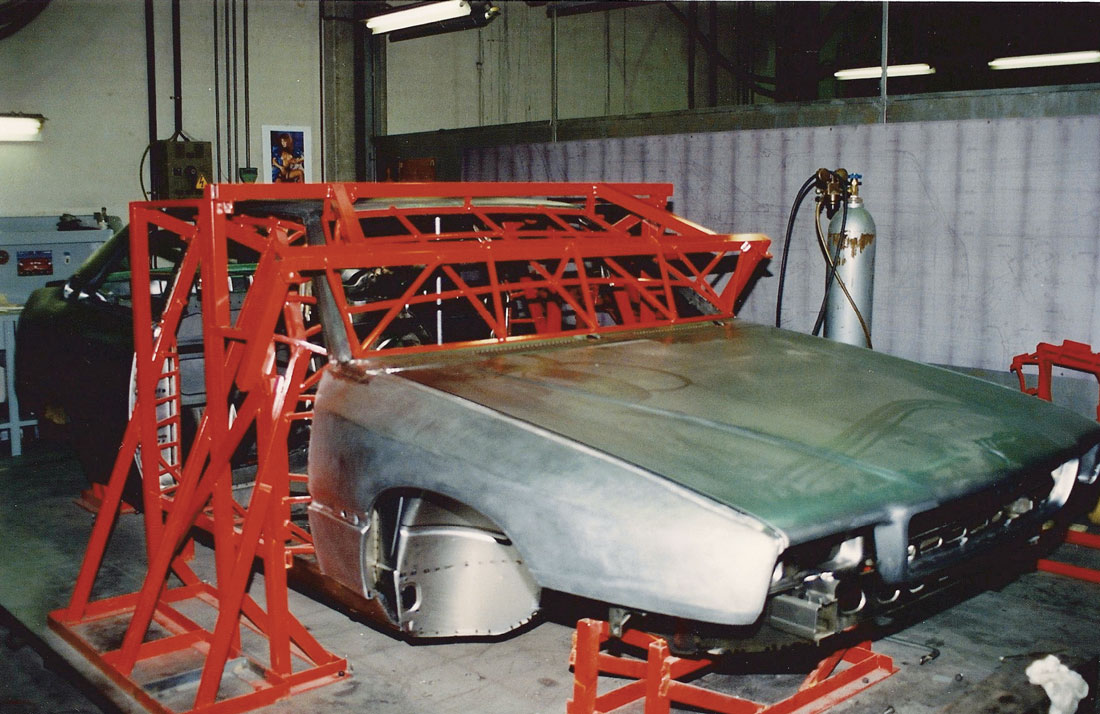 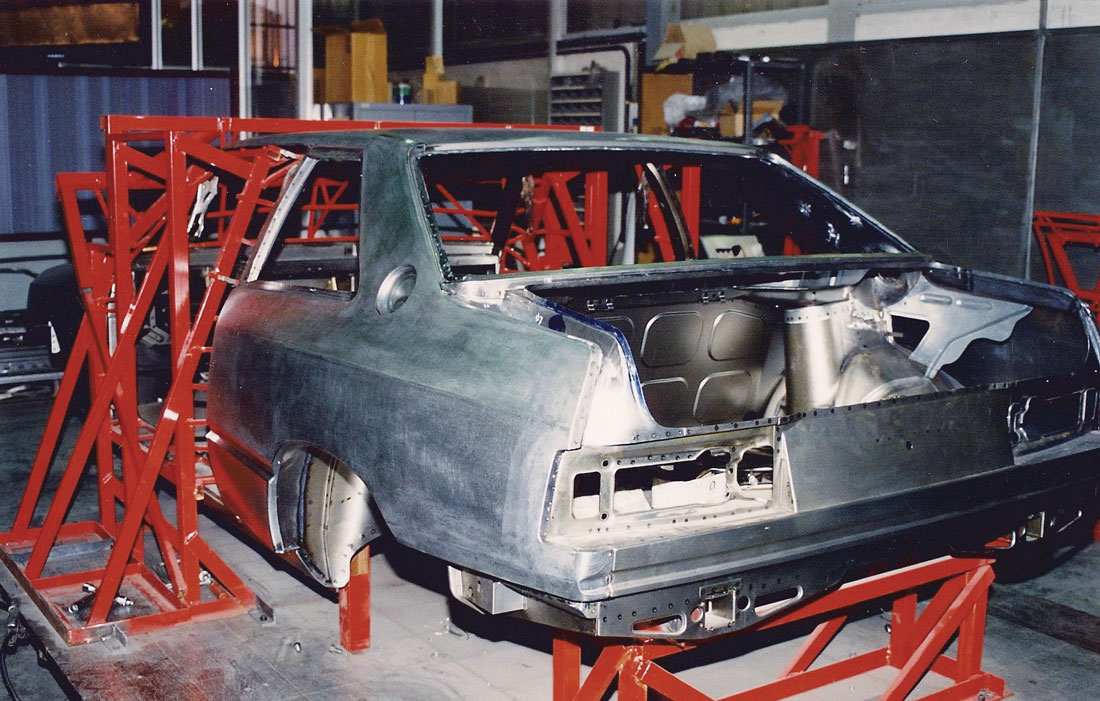 The future came on two levels: for styling, in 2010, when the design company Icona was created in a joint venture with Tecnocad and the entrepreneur Teresio Gigi Gaudio. Icona dedicates most of its activities to the foreign market, which today under the leadership of design director Samuel Chuffart counts a studio in Shanghai employing 90 people, another in Los Angeles with 20 employees and a third in Turin with 15 people, as well as an expected turnover in 2018 of 20 million euros and, currently, 27 open orders. Icona will also provide styling services to Cecomp, which has been awarded a contract by the Region of Piedmont to build an electric city car, the e-Stes. 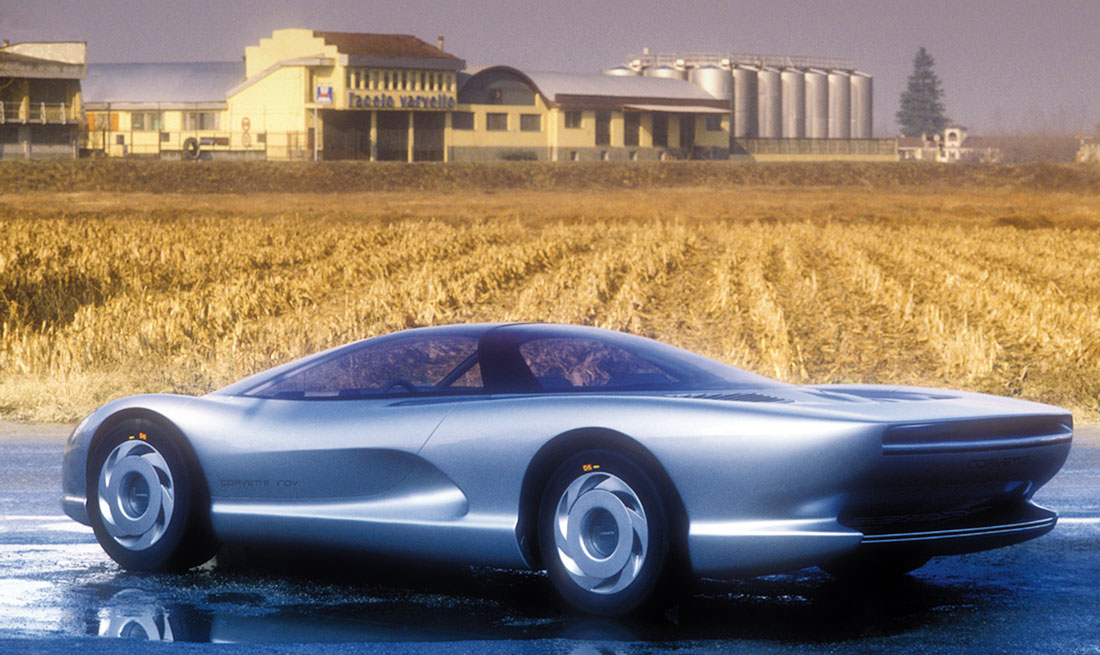 The just finished prototype of the 1986 Chevrolet Corvette Indy: the photograph was taken shortly before it was sent to America to General Motors that had commissioned it.

On the industrial level, the crisis that paralysed the world of Turin coachbuilders was overcome in 2009 with the BlueCar project by Vincent Bolloré for which Cecomp provided development, industrialisation and complete production (starting in 2011) for the first 2500 cars, while in 2014 Cecomp returned to its core business with the supply of the assembled bodies. (“The quota of 10 thousand units produced has been exceeded”, observes Forneris). In 2013, Cecomp Slovenia was born, producing parts for Renault (Clio and Twingo) and Smart (Fortwo). 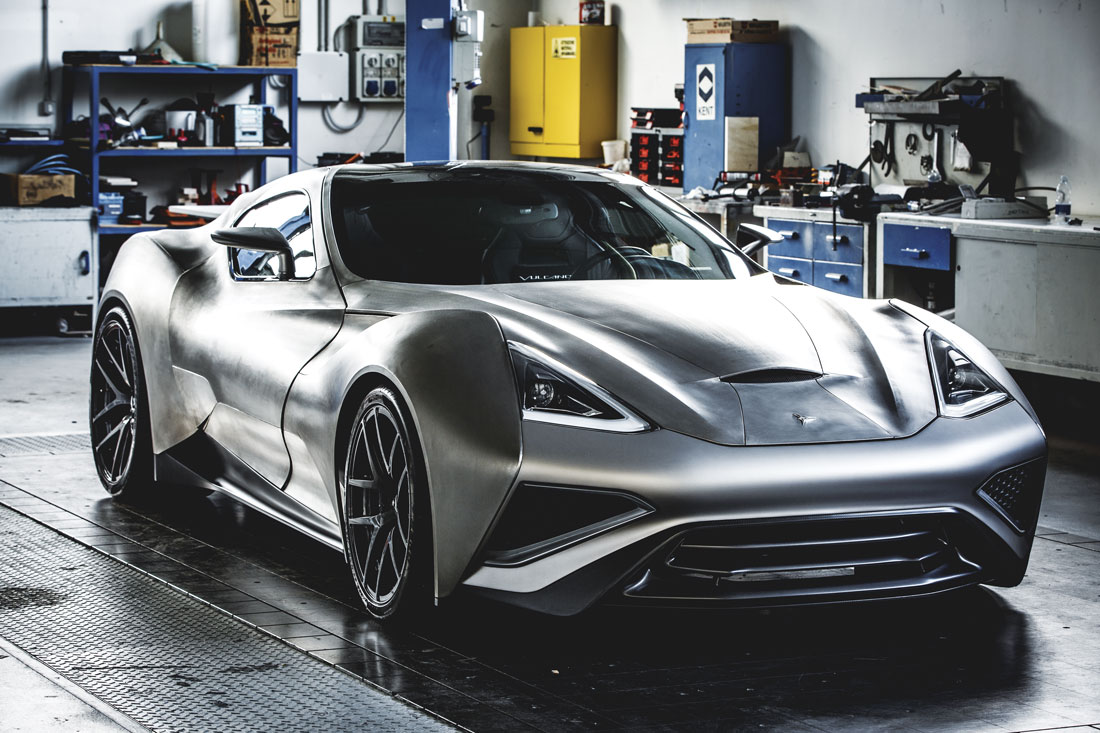 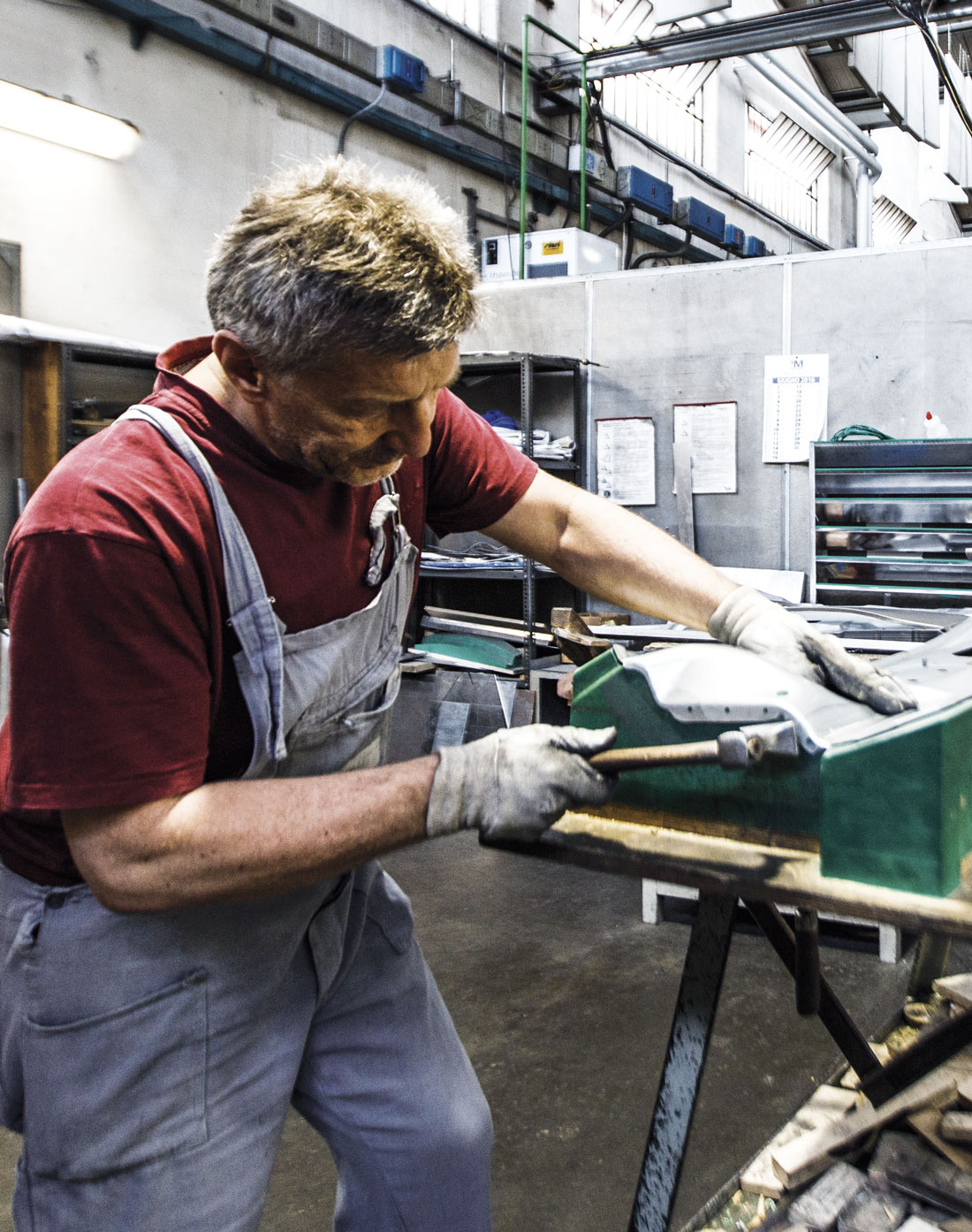 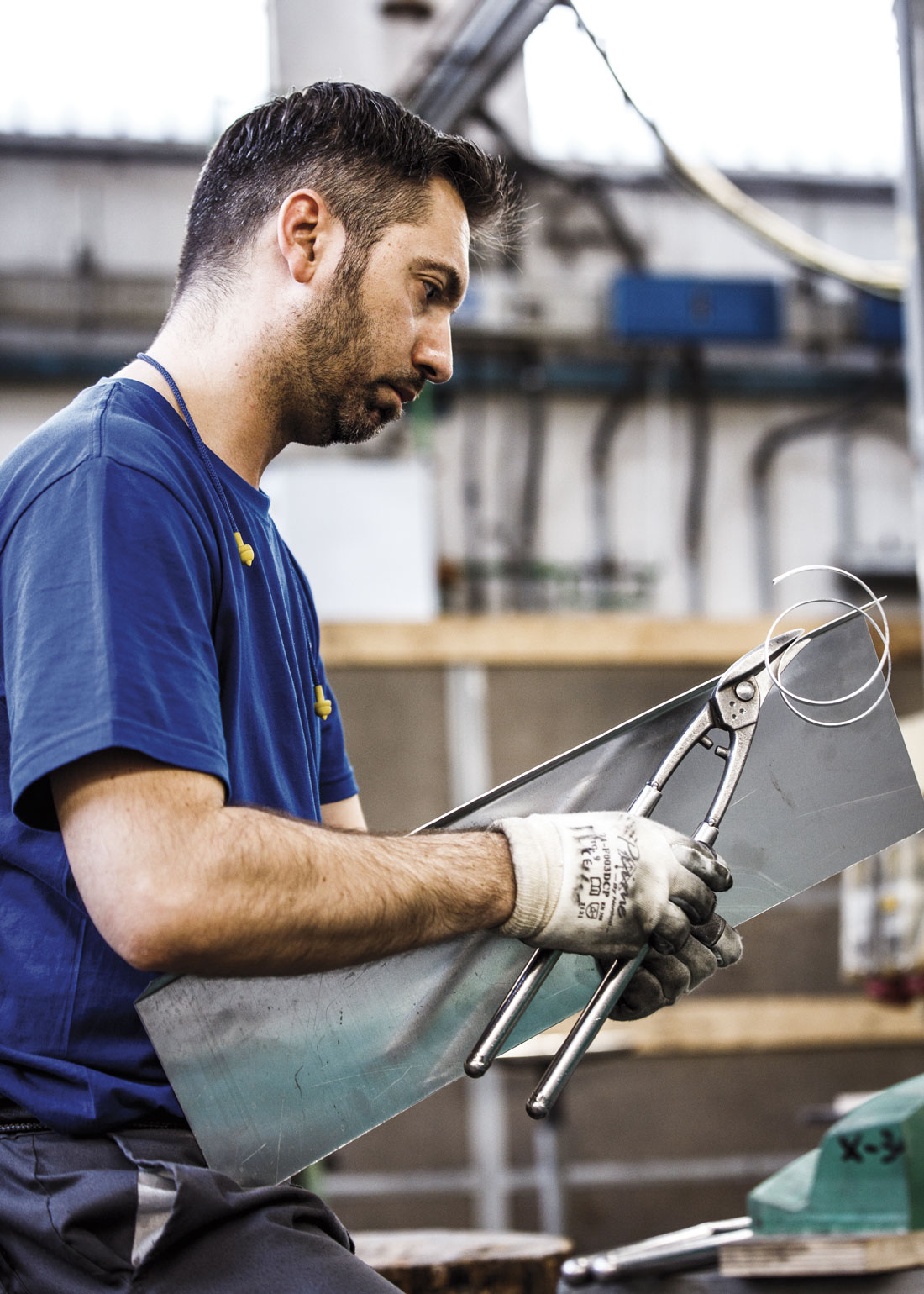 Designed by Samuel Chuffart, the Vulcano is a prototype of a hybrid supercar whose main characteristic is that it was built in titanium. Left, two artisan experts in hand crafting.

But two decisive steps, which as Forneris explains will determine the means for any future development, were on the one hand the acquisition in 2015 of Model Master, a competitor company from Moncalieri, which is now merged with Cecomp and reorganised – to avoid duplication – with the main plant in La Loggia “where the heart of the company remains”, and on the other the opening in 2017 of a new plant in Piobesi focused on the premium processing of aluminum (for brands such as Alpine and Aston Martin). “Milling machines on one side, presses on the other,” Forneris says to sum up. 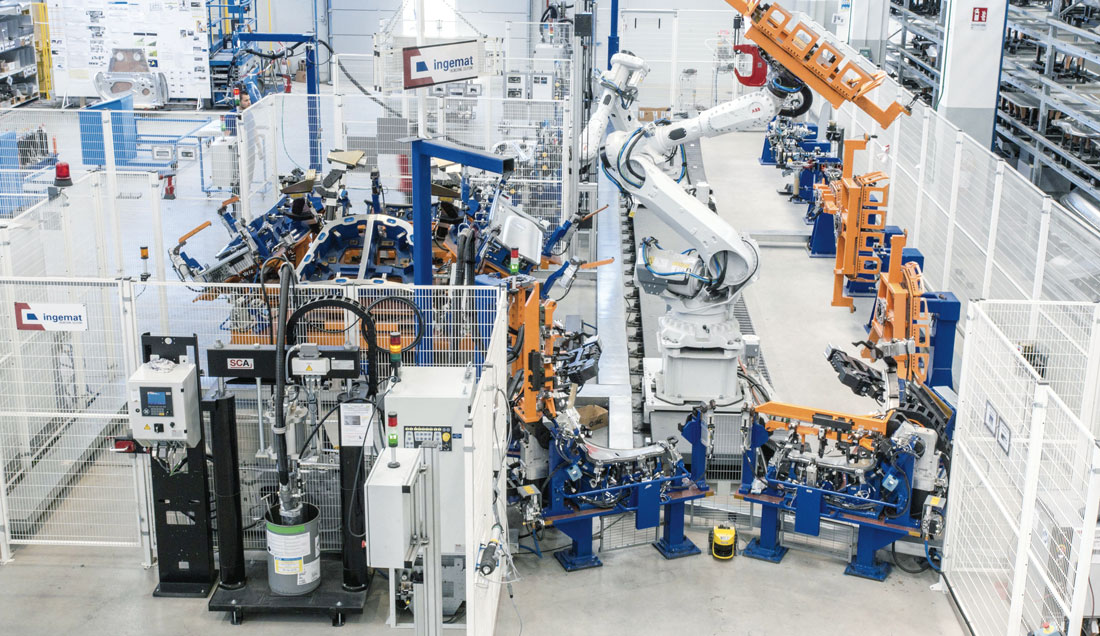 Above, a view of the new Piobesi plant inaugurated in 2017. It focuses on premium aluminium processing and the use of information technology 4.0. For Vincent Bolloré’s BlueCar project, right, Cecomp provided, in the early stages, complete production. Since 2014 it has supplied the assembled shells. 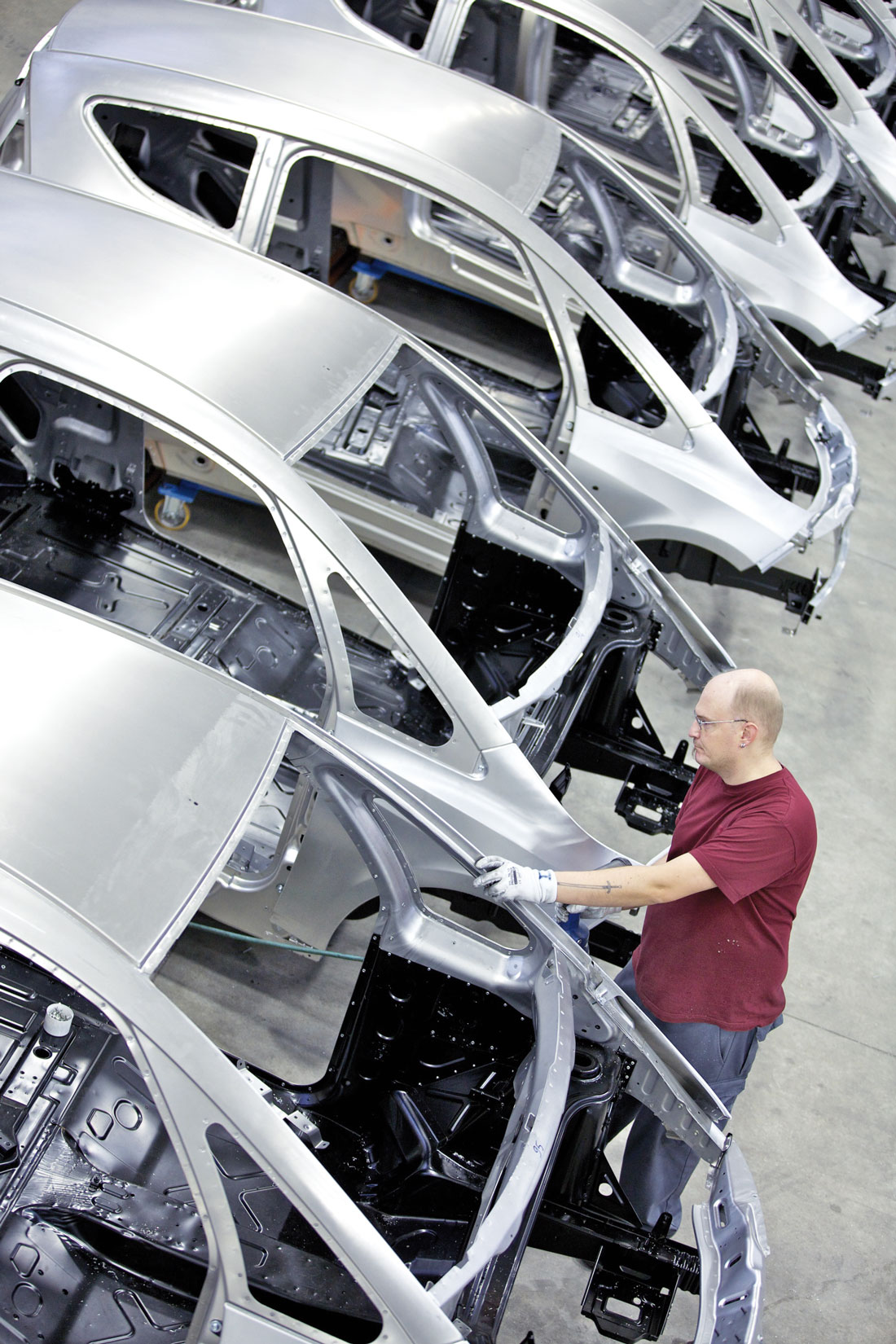 Below, the teaser of the e-Stes for Geneva 2019. The car will be developed by Cecomp and Icona as part of a tender announced by the Piedmont Region for the construction of an electric city car.

Another secret is contained in a number: 4.0. Obviously, we are talking about technologies that “offer high quality with traceable and repeatable processes”. Piobesi was already born like this but soon the whole company will be dominated by computer precision. “Once”, adds Forneris, “the premium level of the product was in the “handmade” part. Today, even if panel-beaters remain an essential element in some processes, we have to find moulds that with few resources make the piece repetitive without defects: aluminium is very difficult to machine, it has an elastic return and should be treated literally with white gloves because the Ph of the leather could mark the paintwork. That is why people come to us. But future intentions do not erase the past: “Prototypes, showcars and one-offs: that’s where I see further important room for growth”. 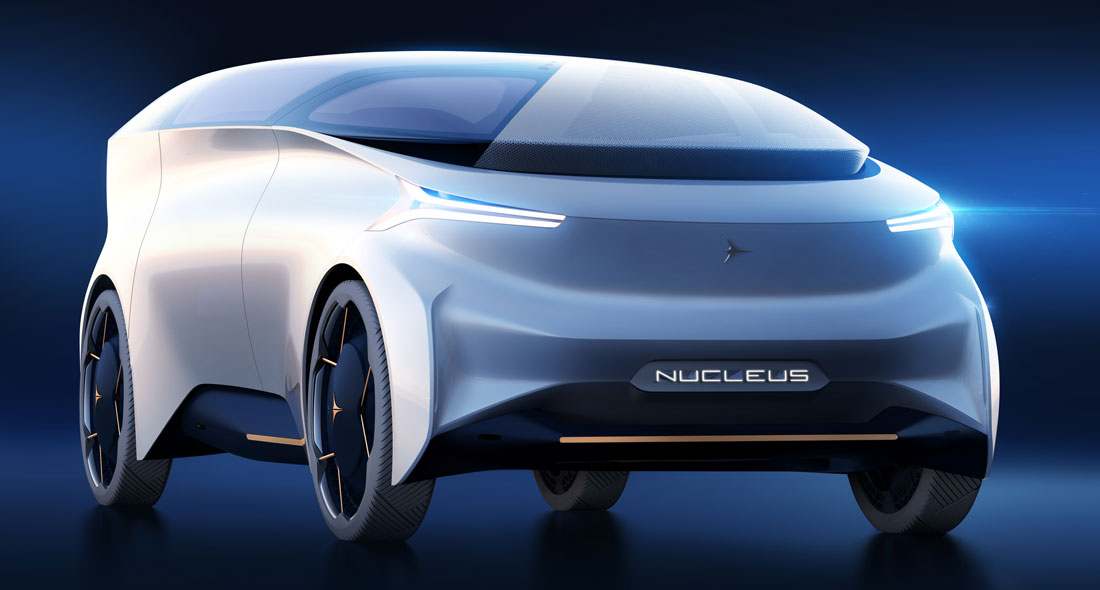 The Nucleus electric self-driving concept that Icona presented this year at the Geneva Motor Show. On the right, the inauguration of Icona’s new Turin headquarters. 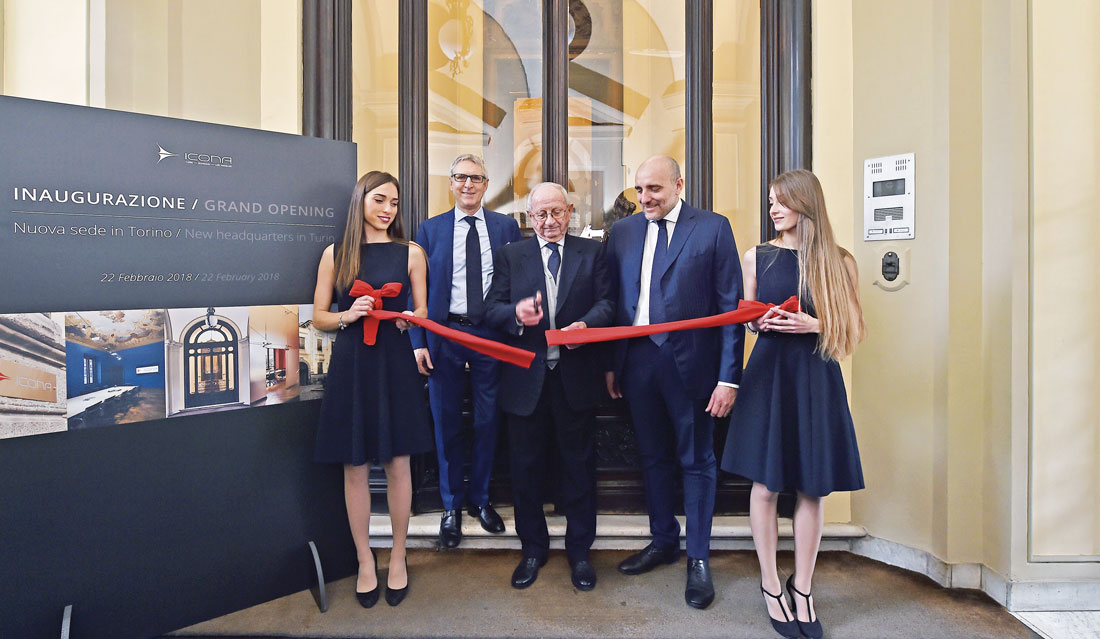