LEXUS UX, THE IMPORTANCE OF AERODYNAMICS

In designing the Lexus Ux, the goal was clear right away. “I wanted the UX to deliver the benefits of a conventional crossover – features like a higher seating position and better visibility – yet with the dynamic performance and agility of a hatchback,” explains Chika Kako, UX Chief Engineer. Inspired by Akio Toyoda’s determination that “every Lexus should be fun to drive”, Kako’s first tasked her team with engineering a rigid platform with aluminium and composite body panels to save weight and lower the centre of gravity. In search of a significant breakthrough in handling characteristics, Chika Kako was able to call on the vast experience of the aerodynamic engineers responsible for landmark models like the ultra-high performance Lexus LFA supercar and Lexus ‘F’- line range.

This collaboration led some innovations. The rear combination light features an advanced design that is not only eye-catching but also aerodynamically efficient. For a distinctive look, a continuous single line of light is formed by 120 LEDs, tapering gently towards the centre and measuring just 3mm at the narrowest point. Wheel arch mouldings on crossovers typically protect the bodywork from gravel thrown up by the tyres. On the new UX, Lexus decided to give them a second function: “We incorporated a step at the top of the moulding that suppresses vertical body waver during cornering, thus increasing stability and steering firmness”, explains Kako. Finished in metallic silver, the 17-inch aero ventilating wheels feature flaps on each side of the spokes and are a world first for Lexus. 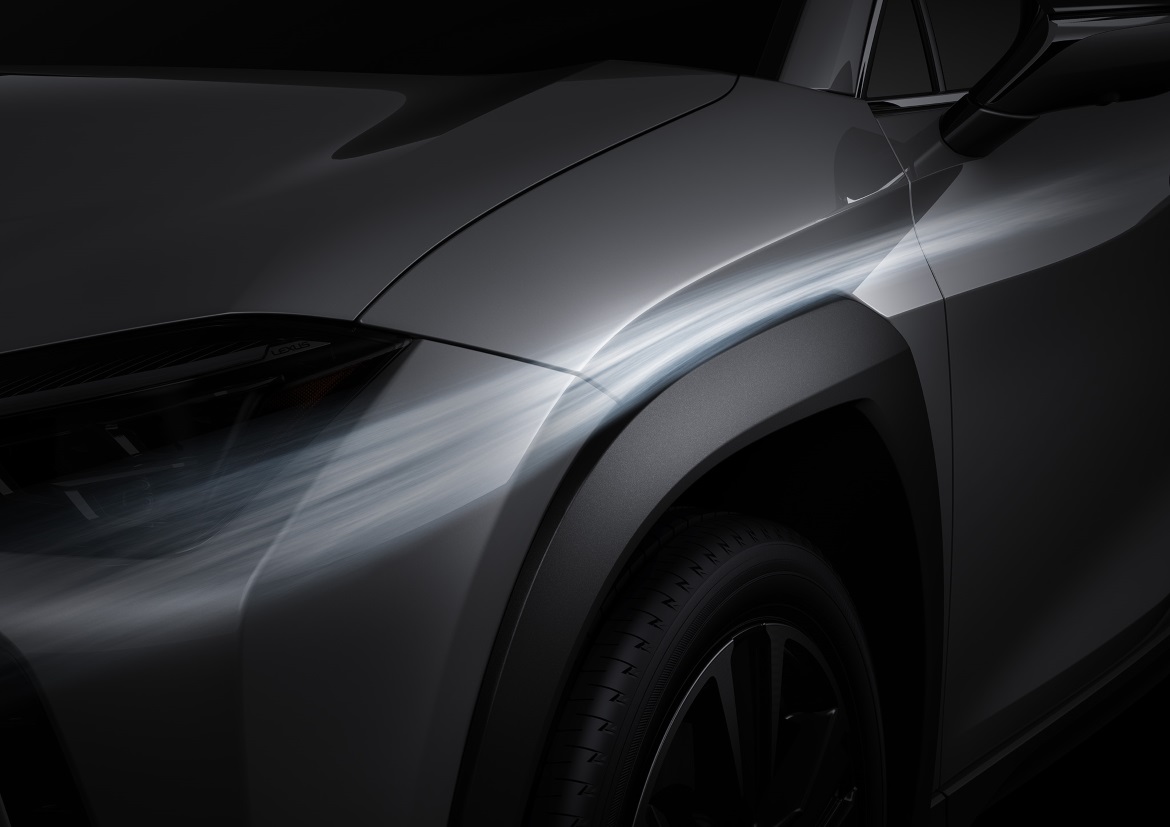 The flap shape is based on the “Gurney Flap” used on the rear wing of Formula 1 race cars to regulate the airflow and increase downforce. “At Lexus we’re fortunate to have one of the world’s largest and most advanced aerodynamic facilities. Opened in March 2013, the wind tunnel loop is 22 metres high and 260 metres long,” says Kako. As well as the above innovations, to reduce the Ux’s drag coefficient – which in turn lowers fuel consumption, turbulence and wind noise – Lexus engineers perfected both a flush underbody and aerodynamic wing mirror inspired by the LC coupé. Read the complete design story of the Lexus Ux on Auto&Design n.233.