A 40-year career spanning seven generations. The BMW 3 Series undergoes another 360 degree overhaul: from the interior and exterior design, to the engines and the technology at the customer’s disposal. This revolution takes account of the characteristics that have made it famous: endearing lines and a dynamic drive orientated towards sportiness. The use of light materials, such as aluminium, for construction of the bonnet and door panels have brought a weight saving of 55 kg, with directly positive effects on driving, fuel consumption and emissions. 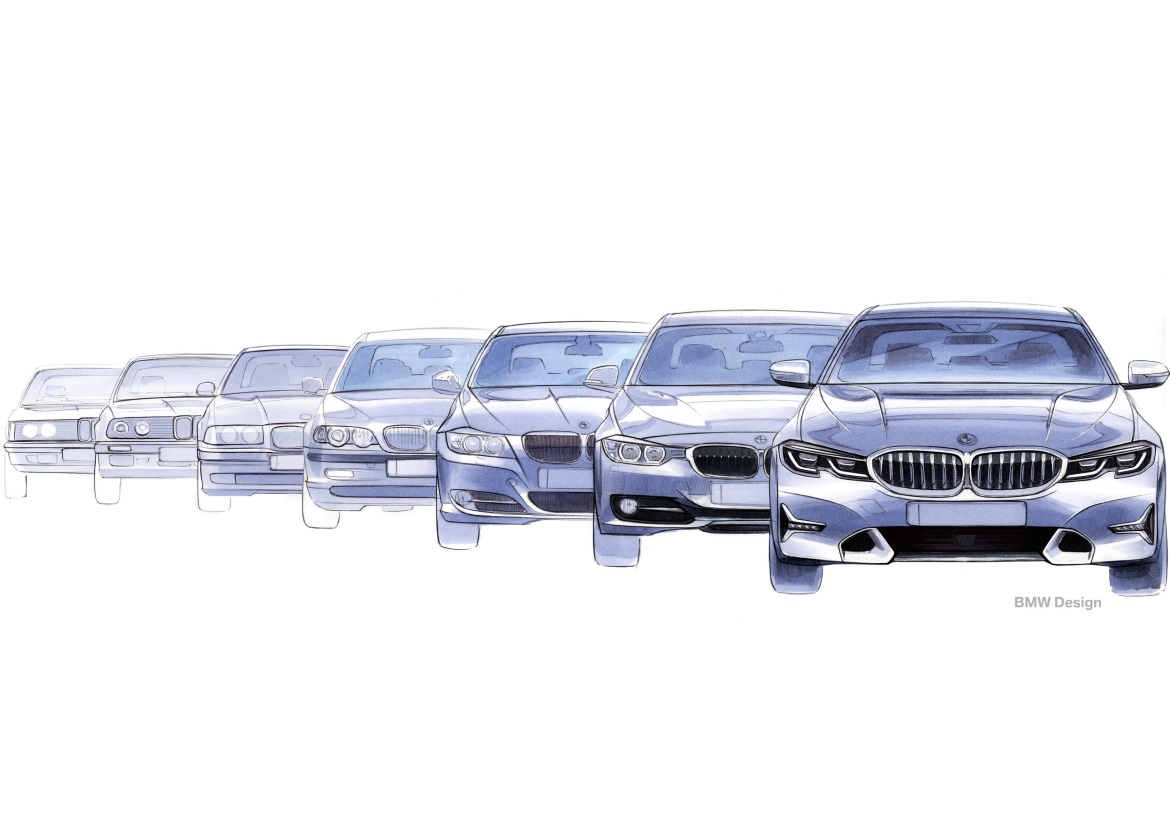 Although it has grown in length (+7.6 cm) and width (+1.6 cm), at first glance the new 3 Series looks compact because of its short overhangs. The grille is wider and slimmer than the previous version and the design of the (standard) LED headlights is also new. At present it is the only one in its segment to offer optional laser technology headlights, doubling the range of illumination. 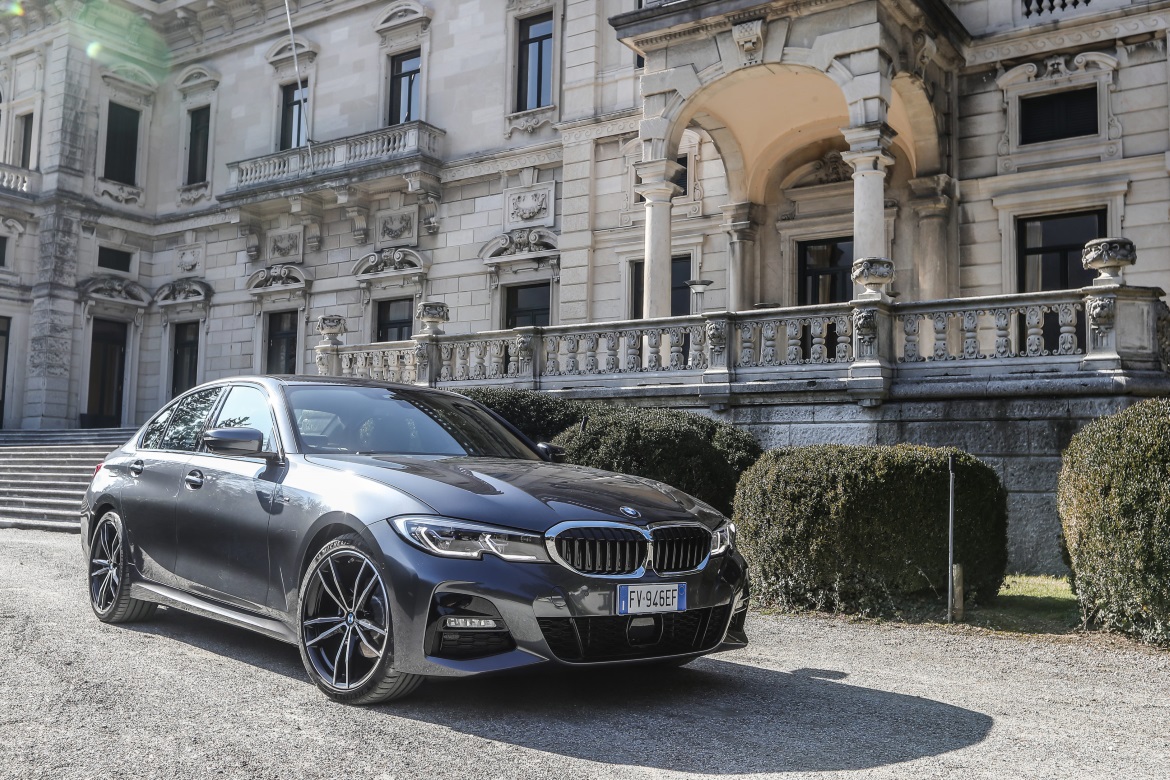 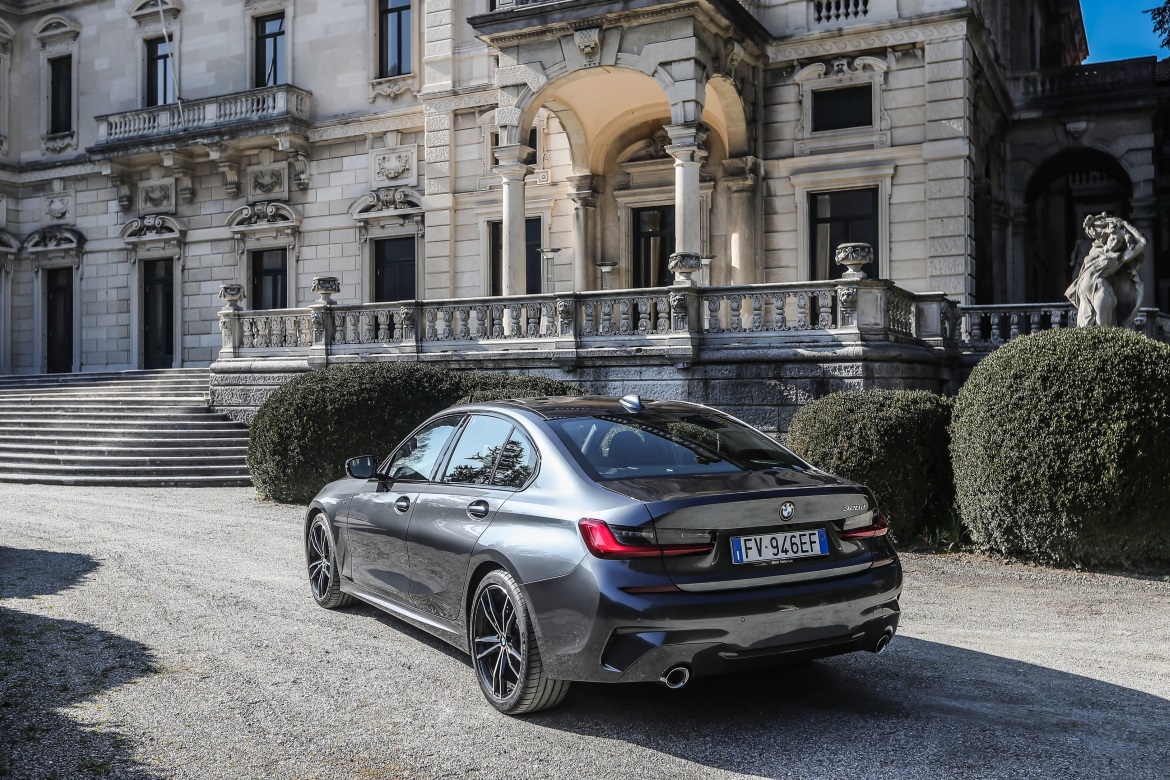 From the side, the car displays of sharp profile, closing with a withdrawn inclined C pillar for a sportier line that is almost a coupé, without limiting too much the access to rear seats. A completely new feature is the final edge designed directly on the window mouldings. The revised bodywork design has also made it possible to achieve a Cx of 0.23. 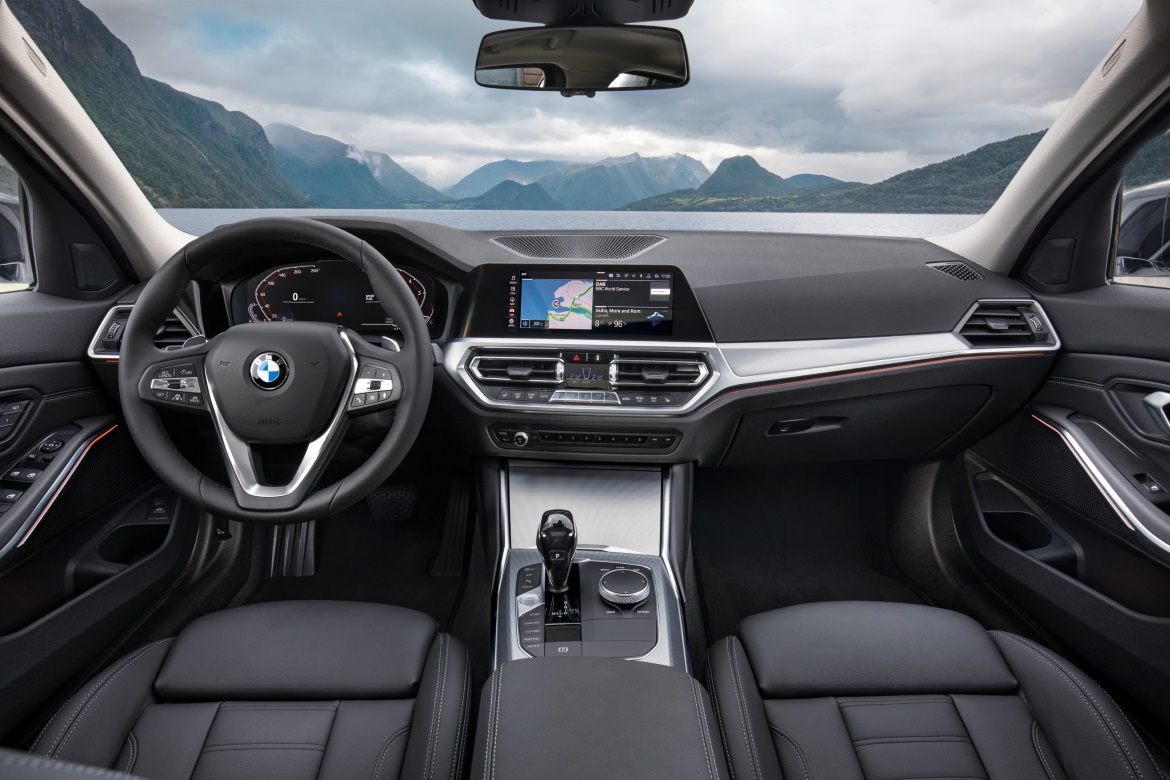 At the rear end the 3 Series has grown in personality. The LED taillights are laid out horizontally, with an upside down “L” shape. There are twin exhaust terminals on all versions, to give an extra feeling of sportiness. Once aboard, the first element that stands out is the large new 12.3 inch display in front of the driver, containing all the driving information and, in the background, the navigator map. Looking up, your eyes fall on a head up display boasting a projection area that is 70% bigger than the previous generation. Then, a 10.3 inch screen stands out in the centre of the dashboard, for handling the infotainment system. This is a touch screen, but, the i-Drive control knob remains behind the gear lever, surrounded by physical buttons, a handy short cut for direct selection of the desired functions without having to pass through the main menu.