Performance and safety are the linchpins for tyre planning and development, but design is not overlooked. Goodyear has been a pioneer in this field. Way back in 1950, it presented a prototype planned for fitting to the Golden Sahara II, one of the very first examples of a semi-autonomous car. 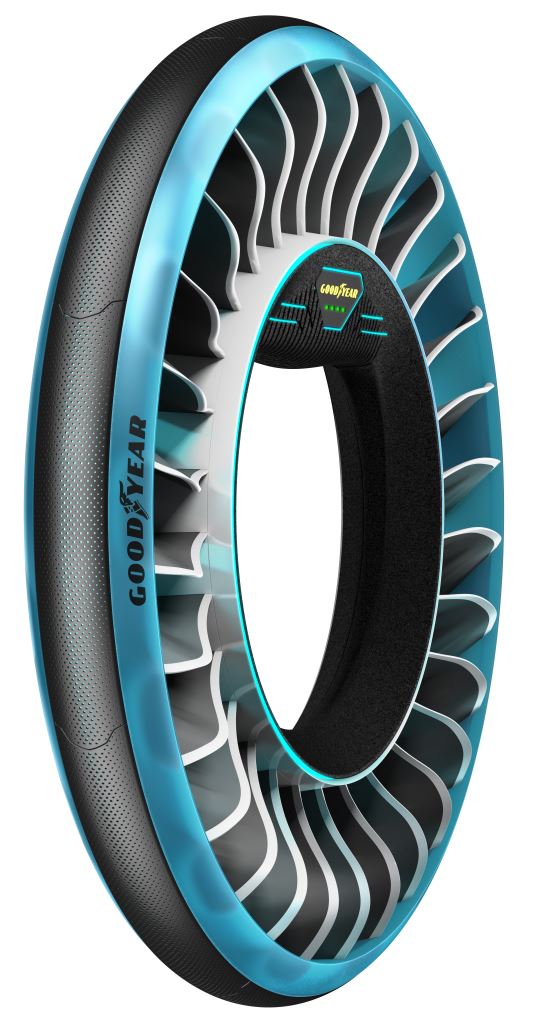 “That was a translucent rubber tyre made from solid urethane”, explained Andrea Scaliti, Communication and Digital Manager at Goodyear Italia, “which contained a series of LED technology light bulbs to illuminate the tyre and communicate with the outside”. The LED lit up to make the vehicle more visible in fog or bad weather conditions, or to indicate to other drivers that the car was braking. This was a technical solution which, apart from its many advantages in terms of safety, also added an especially thoughtful touch to the car’s design, playing with lights and colours, and developing on the concept of the white wall tyre, which was highly fashionable in those years. More than half a century on, Goodyear relies on the same lighting solution for its latest concept: Aero. This is a completely new technology for tomorrow’s mobility, projected into a future where cars will not only move on the road but will also be capable of flight. The Aero actually functions as a tyre when moving on the ground and as a propeller when the vehicle takes off. “For this prototype too, just as for that of 1950, the light represents the key element of the technological and styling content of this product”, Scaliti explains. “A series of fibre optic light sensors scan the road ahead of the vehicle to analyse the conditions, as well as monitoring the tyre wear, while illuminating the tyre tread with a pale blue light.” The play with lights also carries on in the central part of the Aero, with an LED light strip which, in this case, does not perform any technical function, but only represents a stylistic whim helping to give a futuristic touch to this modern interpretation of the tyre of tomorrow. 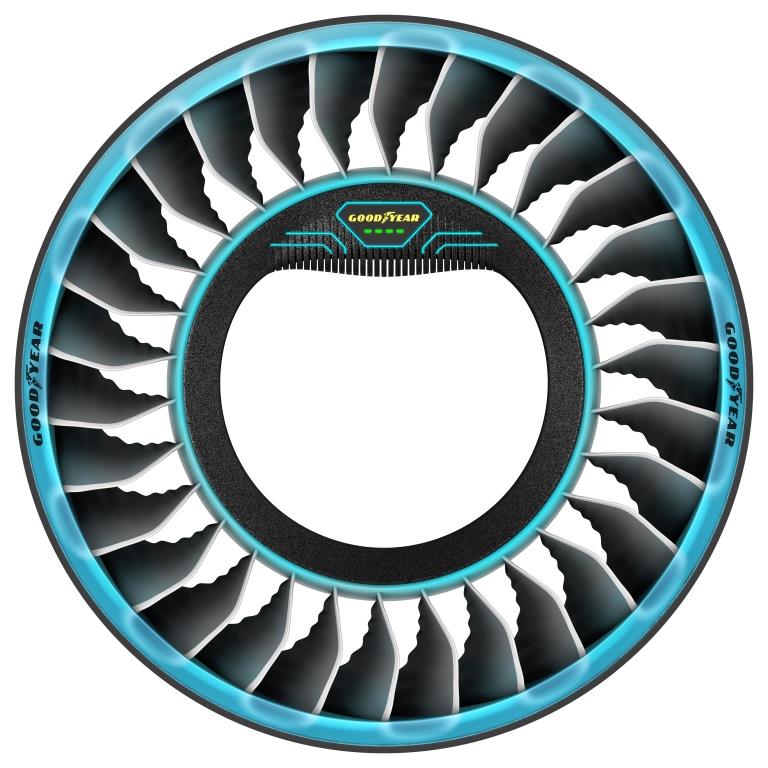 Lastly there are the blades. Their design, arising from careful aerodynamic study, is inspired by that of jet engines. The provision of inclined elements enables the tyre to generate upward thrust when functioning as a propeller and to replace the shock absorbers while travelling on the road. In this case too, behind the technical function a certain attention to styling can be seen in the white profile of the blades, which is reminiscent of the spokes of the modern alloy wheels.