MCLAREN GT, THE FIRST OF ITS KIND

The family of McLaren models is expanding with the arrival of the new GT. The GT is an important vehicle for the English manufacturer, which, with this car, enters the grand tourer segment for the first time. And to produce it, McLaren chose outside-the-box technical and stylistic solutions. Grand tourers, by definition, are cars equipped with front engines and a rearward passenger compartments, but the GT is different. Beginning with the 720S’s floor, in fact, McLaren’s grand tourer maintains the technical specifications with the very advanced passenger compartment and the centrally positioned engine. 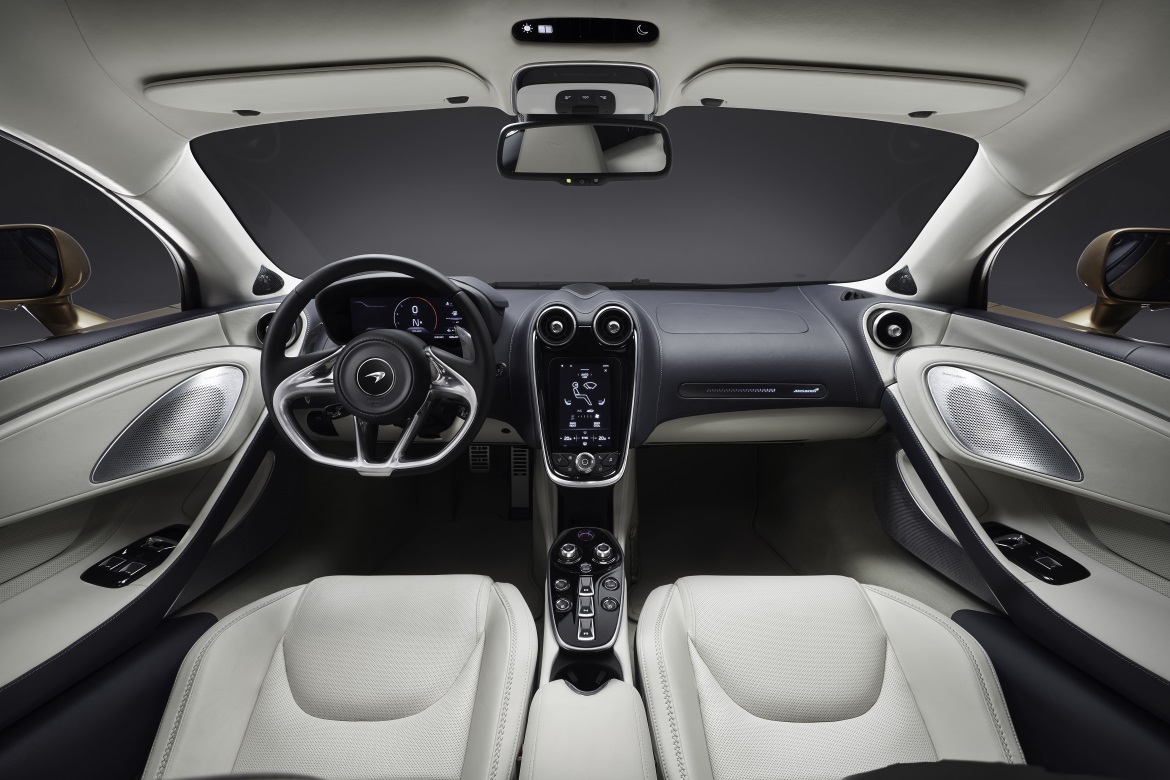 The technicians and designers, however, made many modifications to align the car with the typical rules of the GT segment. The rear part speaks a language that is unmistakeably McLaren, with narrow headlights with a horizontal orientation sunk in the grille, which is positioned just below the spoiler. There are also two flashy mufflers that have a circular shape and very clearly reveal the vehicle’s power. The GT, in fact, is driven by a twin-turbo V8 with 620 HP and 630 NM. But the most important novelties are concentrated on the front end where the overhang was increased. In this way, the line of the front axle could be raised, “softening it” in comparison with that of the 720S, which is more aggressive and extended towards the asphalt. Moreover, the load capacity of the front cockpit could be increased, thus reaching 140 litres.

This is added to the compartment located in the rear end of the vehicle. Thanks to the elimination of the mobile wing and the special cover for the engine compartment, there is an additional load compartment in the rear axle, which brings the GT’s total capacity to 570 litres. With reference to the interiors, the passenger compartment recycles shapes and lines of the 720S, but with greater attention to the choice of materials. Leather dominates the GT, and the carbon of many inserts gives way to brushed aluminium. The instrument cluster is also new: here it is fixed and has dedicated graphics. In conclusion, the GT is a grand tourer with a very sporty look and exclusive, unprecedented features.