Icona Design is celebrating its first ten years of business by launching into the boat sector with the Fibonacci, an electric catamaran that is as innovative in its style as in its propulsion system. “The boat draws inspiration from the Nucleus”, explains Samuel Chuffart, vice president and Global Design Director of Icona, “the vehicle concept that we presented in Geneva in 2018. The two concepts do not have shared style points; instead, they are united by the same, inspiring idea. The Nucleus wasn’t simply a self-driving car from which the steering wheel had been removed, but a means of transport that reinterpreted the passenger compartment to make it more like a space in which you spend time with people. The Fibonacci, for its part, has shapes arising from the wish to enhance sociability and conviviality on board. On both, the focus is strongly on a central environment around which everything develops”.

The name, a clear allusion to the famous numerical sequence, was not, of course, randomly chosen. There are recurring stylistic motifs on the Fibonacci that define elements of different dimensions. Designed following the concept of “less is more”, it enhances the essential and renounces frills. The two sets of stairs that lead to the upper deck, the moveable covering with solar panels, the steering position with touch screens and drive-by-wire control systems, or the glass bulkheads denote refinement, as well as aesthetic purity. 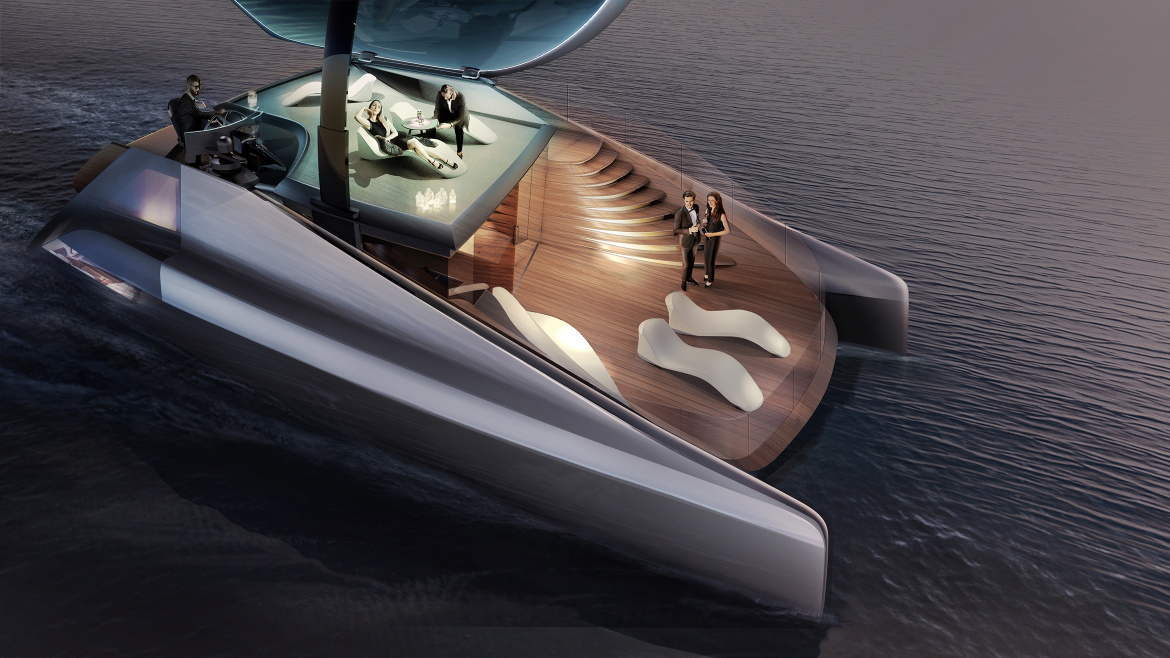 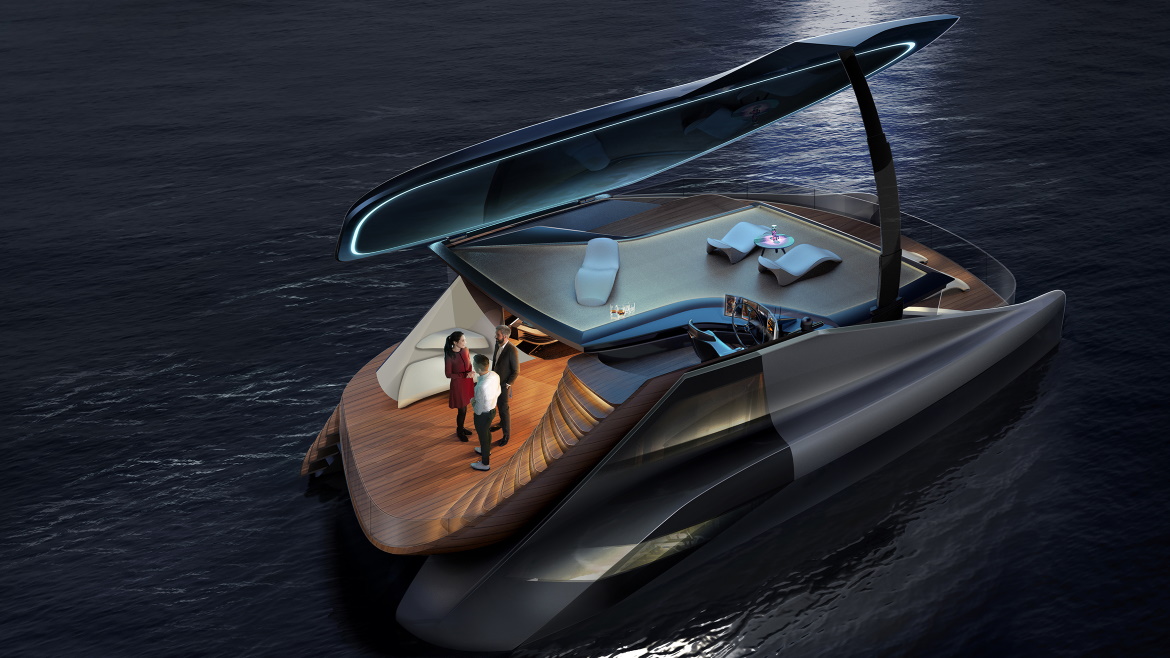 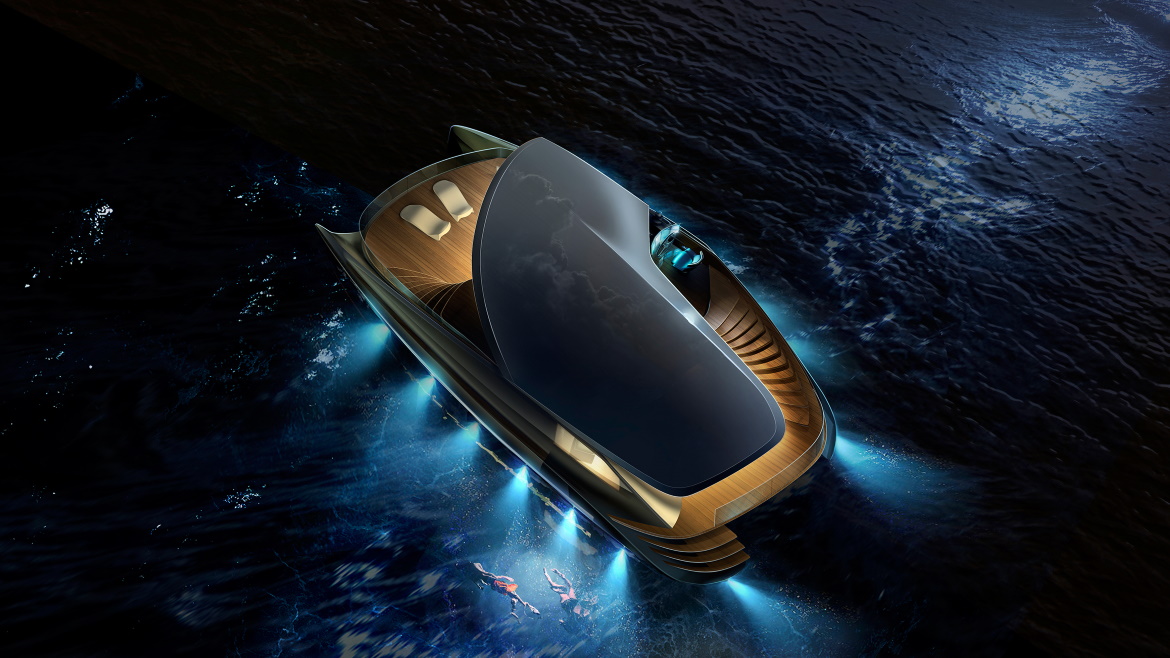 Driven by a powertrain fed with 680kWh lithium-ion batteries, the Fibonacci, which is 16.6 metres long and which was created in collaboration with prestigious partners such as HydroTech, Terra Modena, ASG Power, and Studio PRP, aims at maximum energy efficiency and boasts a 150-mile range at a cruising speed of 10 knots.