Following the Coupe and Cabriolet, the third body style of the new 911 generation is now making its debut with the all-wheel drive 911 Targa 4 and 911 Targa 4S models. The innovative, fully automatic roof system remains its distinguishing feature, and just like the legendary original Targa model from 1965, it features a characteristic Targa bar, a retractable roof section above the front seats and a wraparound rear window. The roof can be automatically opened and closed in just 19 seconds at the touch of a button. 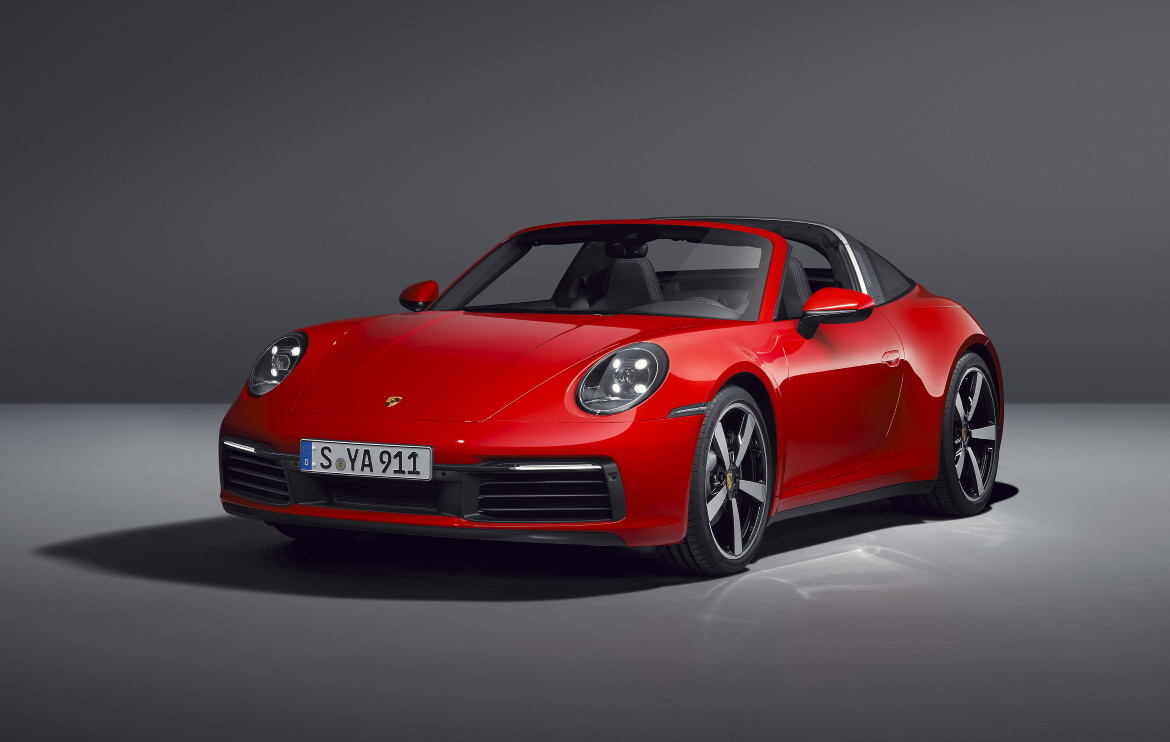 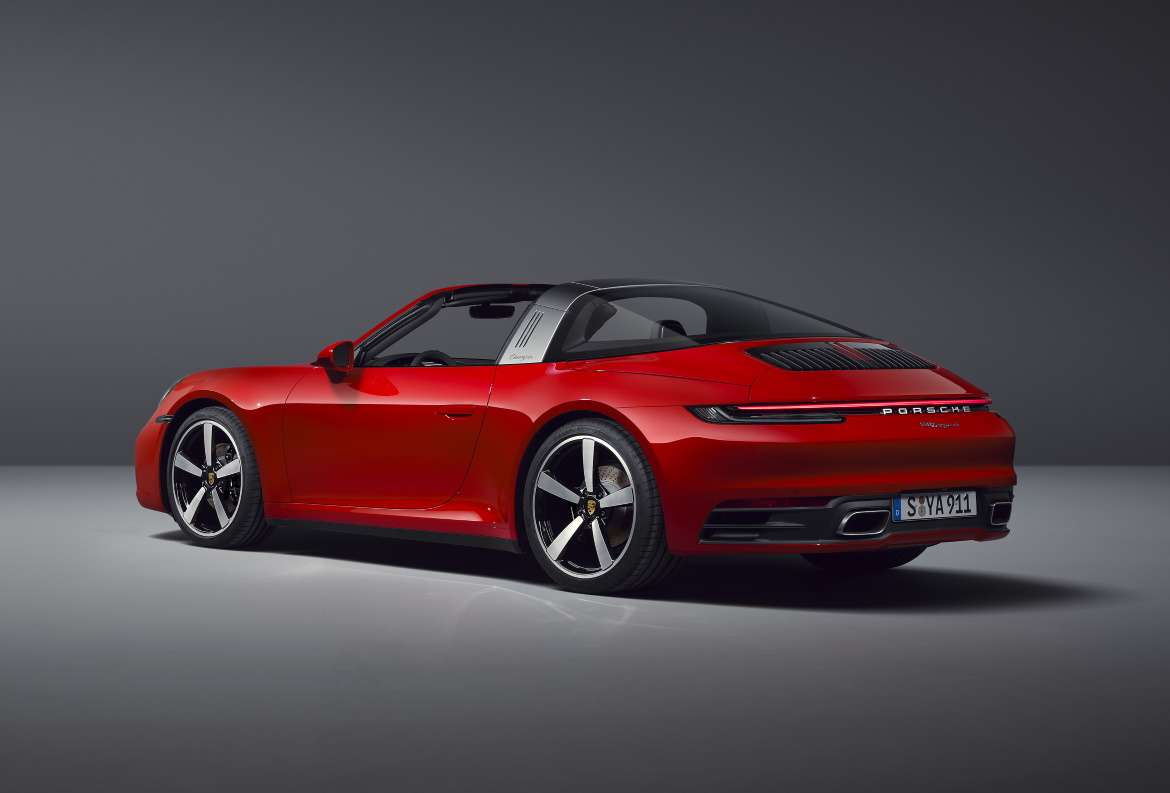 The most striking feature of the 911 Targa is of course its Targa bar and roof, which was adopted from the previous 991 generation model and optimized further. Harking back to classic Targa models of the 1960s and 1970s, the Targa bar comes standard in silver but can also be optionally ordered in black, and features the characteristic “Targa” model designation on each side, which has graced 911 Targa models since 1965. The exterior of the 911 Targa is characterized by the design elements of its 992-model generation. Compared to its predecessors, its body features significantly more pronounced wheel housings at the front and, between its LED headlights, its front luggage compartment lid has a distinctive recess evoking the design of earlier 911 generations. 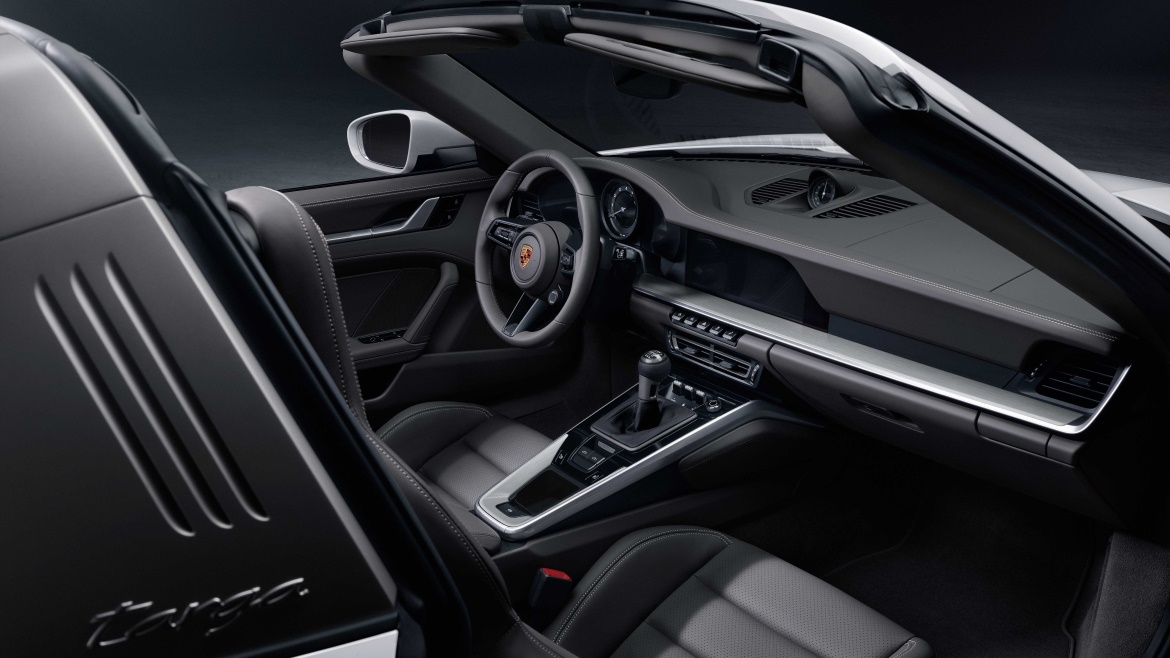 The rear is characterized by a wider, variably extending rear spoiler and a seamlessly integrated and elegant light bar. With the exception of the front and rear fasciae, the entire outer skin is made from aluminum. The interior echoes the 911 Carrera models and is characterized by the clear and straight lines of its dashboard and its recessed instruments. The 911 models from the 1970s provided the inspiration here. Alongside the central tachometer – very much a defining feature for Porsche – two thin, frameless freeform displays offer key vehicle information for the driver. Five toggle switches providing direct access to important vehicle functions are located below the 10.9-inch center screen of the Porsche Communication Management (PCM).