Profitability, fuel economy and reliability are what buyers look for in a truck. Which does not mean that having settled those fundamental points, truck users don’t care what they look like. And that was precisely the thinking behind the fifth generation Iveco EuroCargo, developed in partnership with Stile Bertone.

The project was launched in 1997 and by October 1998 the first renderings were ready. By 1999, just 16 months after design work began, a full-scale epowood model had been produced. All this work was done by Stile Bertone, where Giuliano Biasio was responsible for the exterior styling, Eugenio Pagliano for the interior.

Since the briefing demanded the retention of the previous generation’s structural parameters, including elements like windscreen and doors, Iveco managers were also involved in the design engineering process. 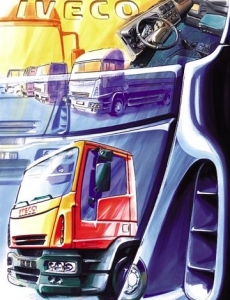 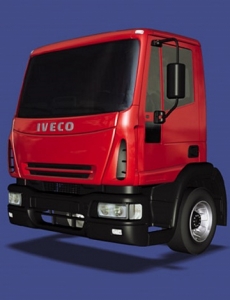 Those retained elements had a major impact on Bertone’s development of the sides and there could be no clearer demonstration of Stile Bertone mastery. Because, when you compare the new EuroCargo to its predecessor, those identical doors and windscreen look very different indeed, yet the vehicle as a whole looks more like the product of a restyling operation than a completely new design.

In order to achieve that result, explains Biasio, “we did a lot of work on the vehicle’s lines and masses, redesigning the front grille, the bumpers, the wheelarches, the steps and the upper framework”.

Interior and exterior were worked on simultaneously, and in the case of the former, every effort was made to ensure that the new cab was as “liveable” and “intelligent” as its predecessor. The instrument panel is borrowed from the Stralis HGV, but the rest was all developed for the new model.

The article continues in Auto & Design no. 141