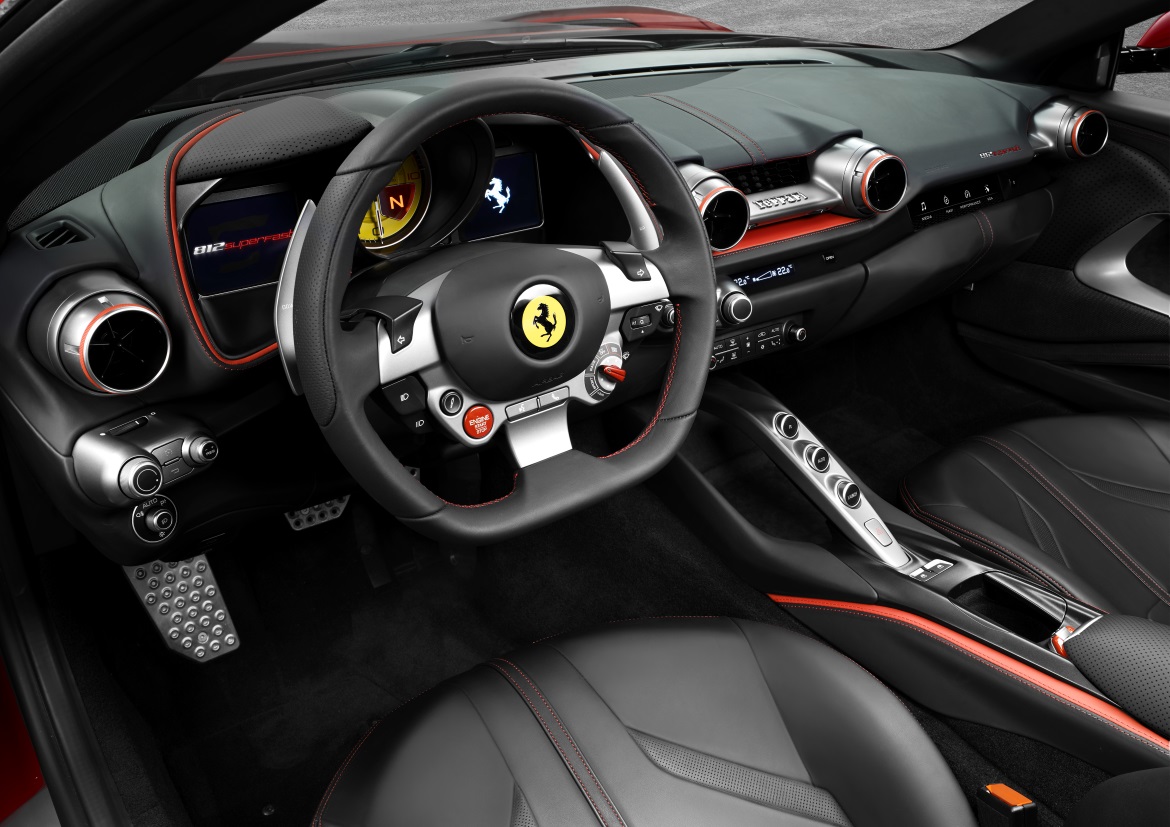 Seen in silhouette, the 812 Superfast has a fastback sleekness: a two-box design with a high tail reminiscent of the 365 GTB4 of 1969. The design of the flanks visually shortens the tail and is characterised by muscular wheelarches which imbue the 812 Superfast with the power and aggression warranted by its V12. Full-LED headlights integrated into the design of the sculpted air intakes on the bonnet also emphasise that front muscle, integrating with, and wrapping around the front wheelarch. At the rear, four round tail-lights inspired by Ferrari tradition emphasise a design crafted around horizontal lines and give the 812 Superfast a broad, imposing stance, visually lowering both spoiler and cabin. The car is being launched in a special new colour, Rosso Settanta, which marks the company’s 70th anniversary. 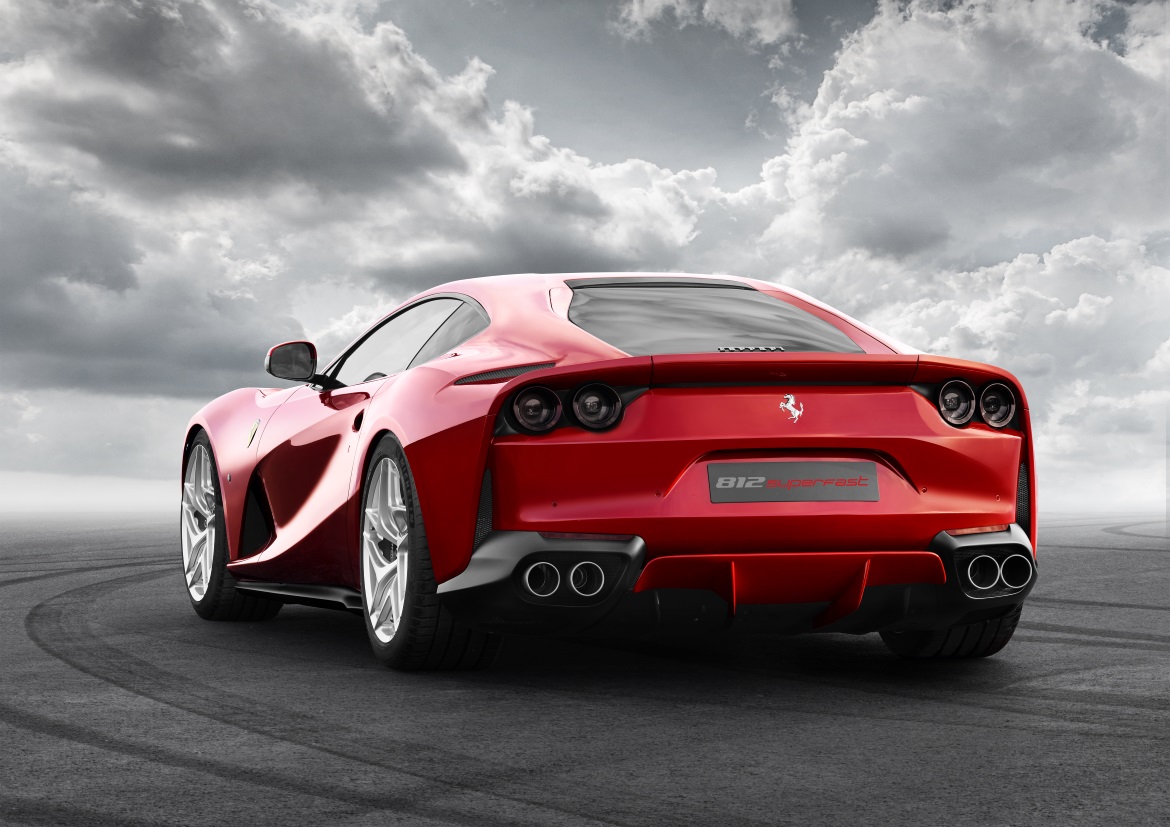 The interior of the 812 Superfast has been revisited in line with the more extreme exterior whilst maintaining unaltered the on-board comfort and space. The cabin has been given a sportier look with the main elements seeming to float, creating an effect of both thoroughbred racing eagerness and elegance. The horizontal dash loops stylishly around the central air vents for sculptural look. New, more ergonomic seats feature alongside the new HMI, including new steering wheel and instrument clusters and the latest infotainment and air-conditioning units. 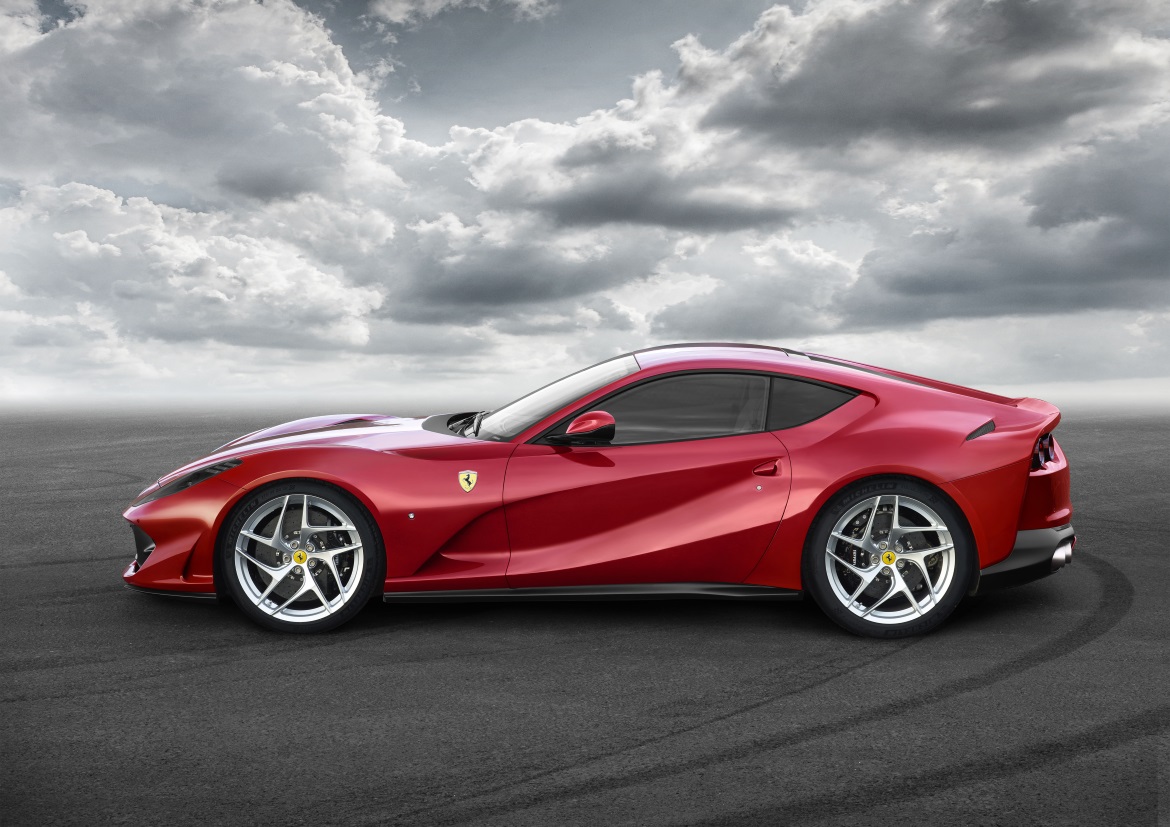 The new Ferrari 812 Superfast is powered by a new 6.5-litre V12 engine that unleashes 800 cv, figures that no other front-engined production car has ever delivered. The engine’s power is underscored by a full exhaust sound that exploits the acoustic clout delivered by its increased displacement. The 812 Superfast’s dual-clutch transmission has specific gear ratios which, combined with shorter up and down-shifting times.