Based on the platform of the Q50 saloon, the new Infiniti Q60 revisits the classic styling cues of segment D coupés: three doors, four seats and a sleek line. Alfonso Albaisa, Executive Design Director of Infiniti was inspired, for the development of the Q60, by a concept that can be captured in a synthetically effective expression: “Design to perform, the design of the Q60 is a true performance manifesto”, explained the designer 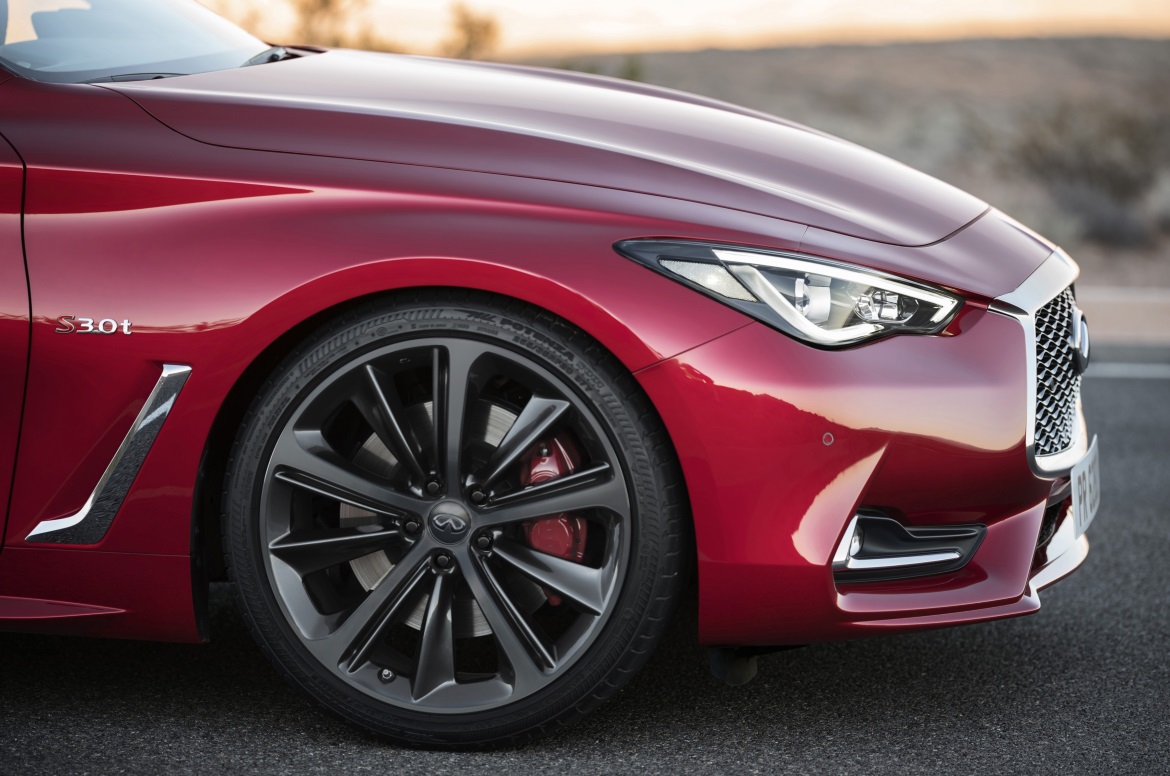 The car comes with muscular shapes and three key features. A double arch grille that transmits a sensation of power and grandeur. Sharp full led front lights, defined by the Infiniti design chief “human eye headlights”, where the reference to the form of the human eye is evident. The third feature touches on the C pillar, whose line highlights the idea of sportiness and dynamism. “Thanks to this stylistic approach we have managed to eliminate any idea of staticity,” explained Albaisa. “The Q60 seems to be moving even when it is standing still. Our formal language, called “powerful elegance”, makes Infiniti cars instantly recognisable, but instead of applying constraints and limitations to creativity, it is constantly evolving to preserve its fresh, contemporary side. It is primarily the Q60 that animates this philosophy.”

Inside, we find stylistic elements that also characterise the Q50 saloon. Among the special features are the two infotainment screens, placed vertically at the centre of the dash one on top of the other. One is given over primarily to navigation, the other to the management of the car’s settings, including safety systems. Another specificity of the Q60 concerns the steering. As confirmation of the soundness of the steer by wire system, introduced by Infiniti in 2013 on the Q50, the Q60 is also equipped with this system, in an improved and more refined form. A mechanical steering column is fitted to comply with legislative requirements, but it is only used in emergencies. Two engines are offered, both petrol: a 2.0 turbo, 4 cylinders in line delivering 211 bhp with rear wheel drive and a 3.0 bi-turbo, V6 delivering 405 bhp combined with all wheel drive. 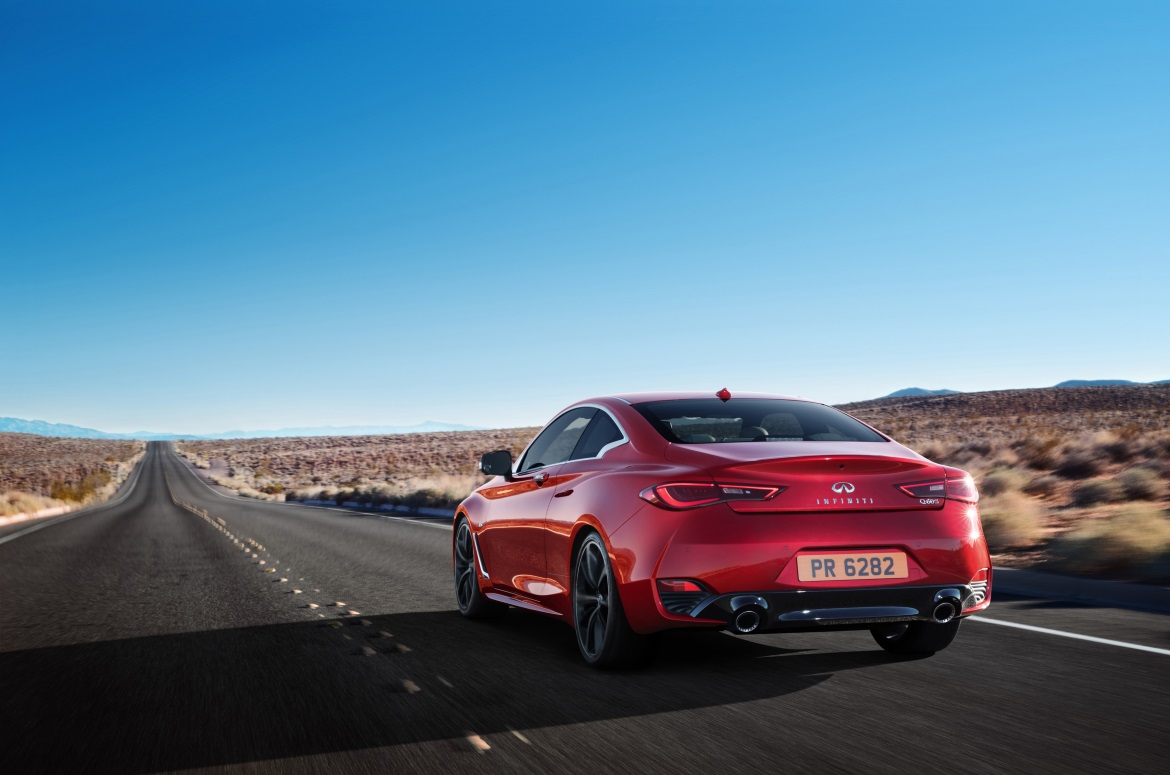