With the S90 and V90 station wagon presented at Detroit and Geneva respectively, Volvo takes its second step (after the XC90 SUV introduced last year) along the path to renew its entire range. “It’s a holistic approach to our portfolio”, explains Thomas Ingenlath. “When before have you ever seen a carmaker renew its entire range in just a few years? This has let us achieve a consistent look, while still giving each model its own character and identity.”

Ingenlath is chief of Volvo design, while exterior and interior design are headed respectively by Maximilian Missoni and Robin Page. These are the minds responsible for bringing the concept of Scandinavian design back into the automotive world.

“We started from the concept of functionalism laid down in the 1950s and ‘60s, adding technology and innovation to the mix, expressed clearly and logically but also with a measure of discretion, to ease the relationship between the human user and this design, which should offer pleasure and comfort” says Ingenlath. This doesn’t mean doing away entirely with decoration, he stresses, but using decorative elements with moderation, taste and elegance: “Our cars will never say ‘look at me, I’m a star’. But they are beautiful to those who use them and in their relation with the environment that surrounds them, with a long-term effect.” “The surfacing is without frills” says Missoni. “A single character line, which switches from positive to negative at the shoulder, is the only thing we’ve done to emphasise the quality of the design.”

The projects for the saloon and wagon both started in 2012, in parallel with the SUV, with the precise goal of strengthening Volvo’s foothold in this premium segment, and in the premium wagon segment in particular, which has been emblematic of the Swedish brand ever since the Duett, 60 years ago. But even for the segment itself, say the designers at Göteborg, the new car represents a bold step forward in terms of style, materials and trim. In the front and tail in particular, much of the character of the V90 reflects the Estate Concept from two years ago. “This car – says a smiling Ingenlath – has two more doors and is longer (4.96 metres, ed.), but has the same spirit. It’s a very elegant car, with class and style.” 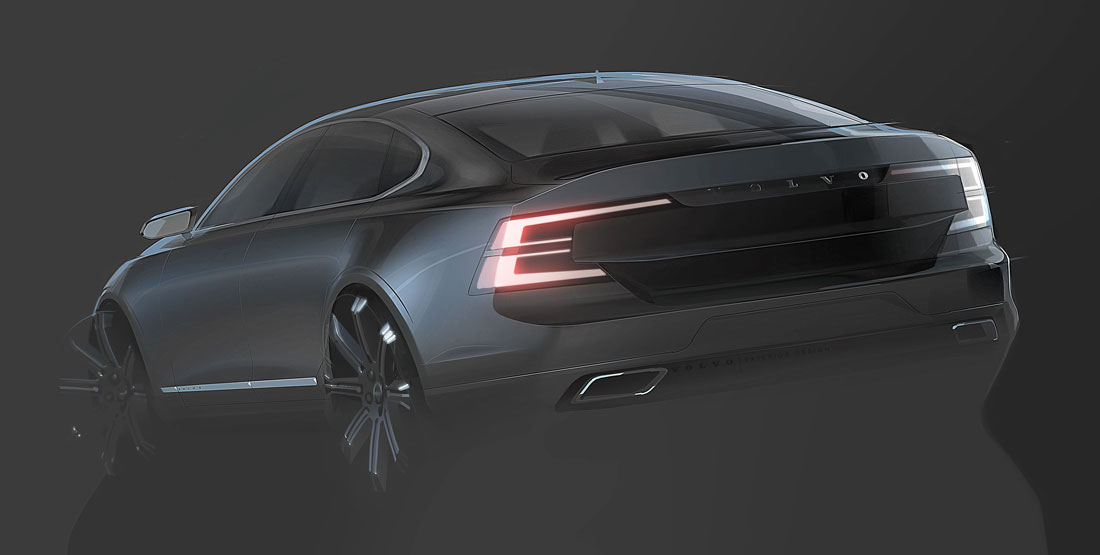 “In the proportions of the front and tail – adds Missoni – we’ve kept the promises we made with the Estate Concept.” Örjan Sterner, who worked together with Missoni on the exterior, was more than happy to cite styling cues from the P1800ES coupé-wagon of the 1970s: such as the concave grille and the shape of the tail, which is neither upright, as on traditional Volvo station wagons, nor a clone of the styling choices defining so many other sportwagons. “Ours is still an honest station wagon, with an angle to the roofline that makes it very elegant”, says Missoni. 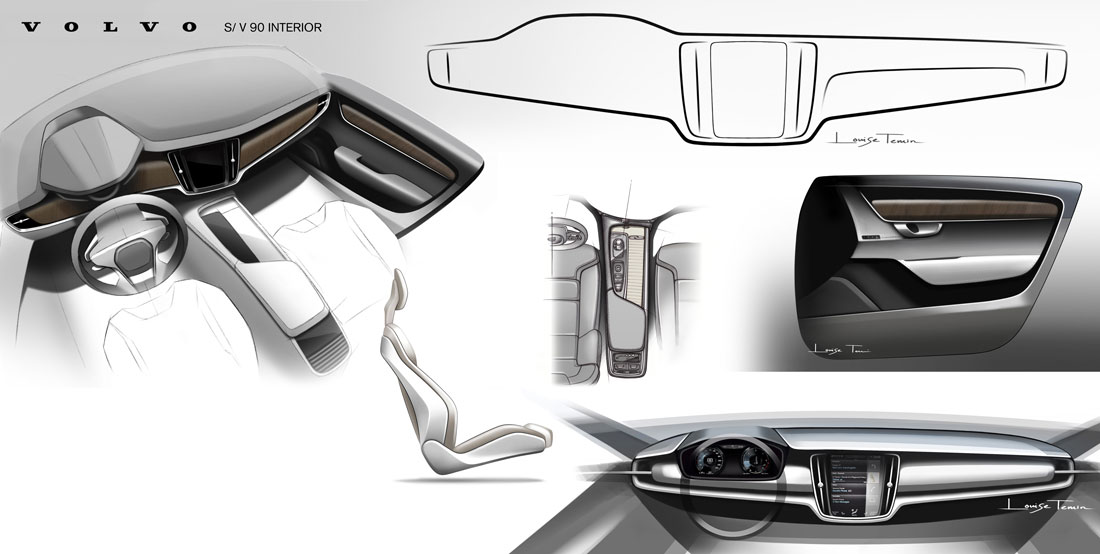 The interior originated from a project by Tisha Johnson from the California studio, who then developed the design further at Göteborg with Louise Temin, under the guidance of Robin Page who – like Ingenlath – feels a strong connection with the spirit of Scandinavian design. “We wanted to give the materials used a sense of strength – explains Page – following the same principles already applied in product design and architecture.” Even the use of leather and stitching – the domain of Ebba Maria Thunberg, who heads colour and trim – speaks of a design that is more than just form. “As in the XC90 – explains Page – we began from the dashboard, as it is the interface between the vehicle and the user. We worked out from the centre, with the touch screen reducing the number of buttons and contributing to the formal purity of Scandinavian design, through the air vents and into the doors, delimiting the wood or aluminium trim elements with a chromed aluminium line to create a sense of three-dimensional solidity.”