TREATMENT OF THE LIGHTS AND FRONT IDENTITY

It was already possible to catch a first glimpse of the styling of the new, decidedly impactful Volkswagen Arteon in the features of the Sport Coupé Concept GTE, at the 2015 Geneva Motor Show. Klaus Bischoff, head of design of the Volkswagen brand, described it as “A stylistic compass, not so much the forerunner of a future model, as the preview of a new design era”. Today, two years on, the concepts sketched on the front of the prototype have taken shape in a faithful, slightly more sober productive key, so perhaps even more intriguing. 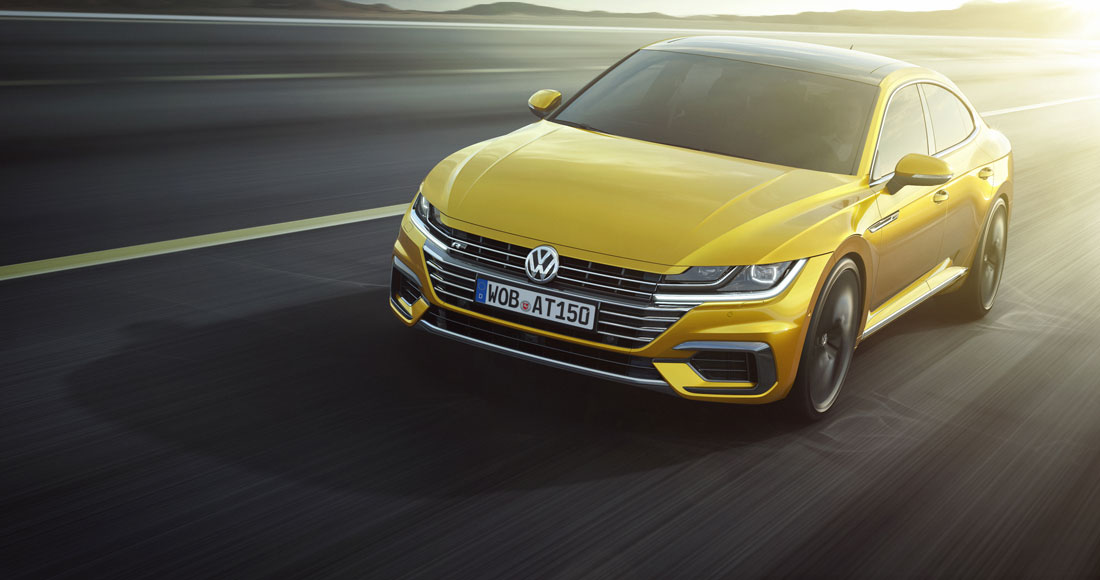 The Volkswagen Arteon, a large five-door coupé that sits above the Passat, changes the grammar of VW fronts: six thin crossbars create a completely new opening that greatly lowers the profile of the grille and redefines the geometry. At the same time it builds an unexpectedly close relationship with the lighting: the chrome plating seems to extend to the led light guides that cross the lighting clusters in a dialogue of profiles sustainable only by top construction quality. In Geneva, this time in 2017, we experienced at first hand the precision of the assembly. And if this new identity were soon to influence the rest of the range?