COCKPIT, A FERRARI IN THE OFFICE

Named Cockpit, a direct reference to the driver zone of a supercar or where the pilot sits in an aircraft, this is the result of a prestigious joint effort between two bastions of Italian excellence: Ferrari and Poltrona Frau. It has wheels and a bodyshell sculpted from carbon and aluminium, but it is not a futuristic car design but a projection of the formal values of Maranello onto an object that has obsessed designers ever since Charles and Ray Eames: the office chair – perhaps the only iteration of the chair which, because of its very context, genuinely conveys dynamism. 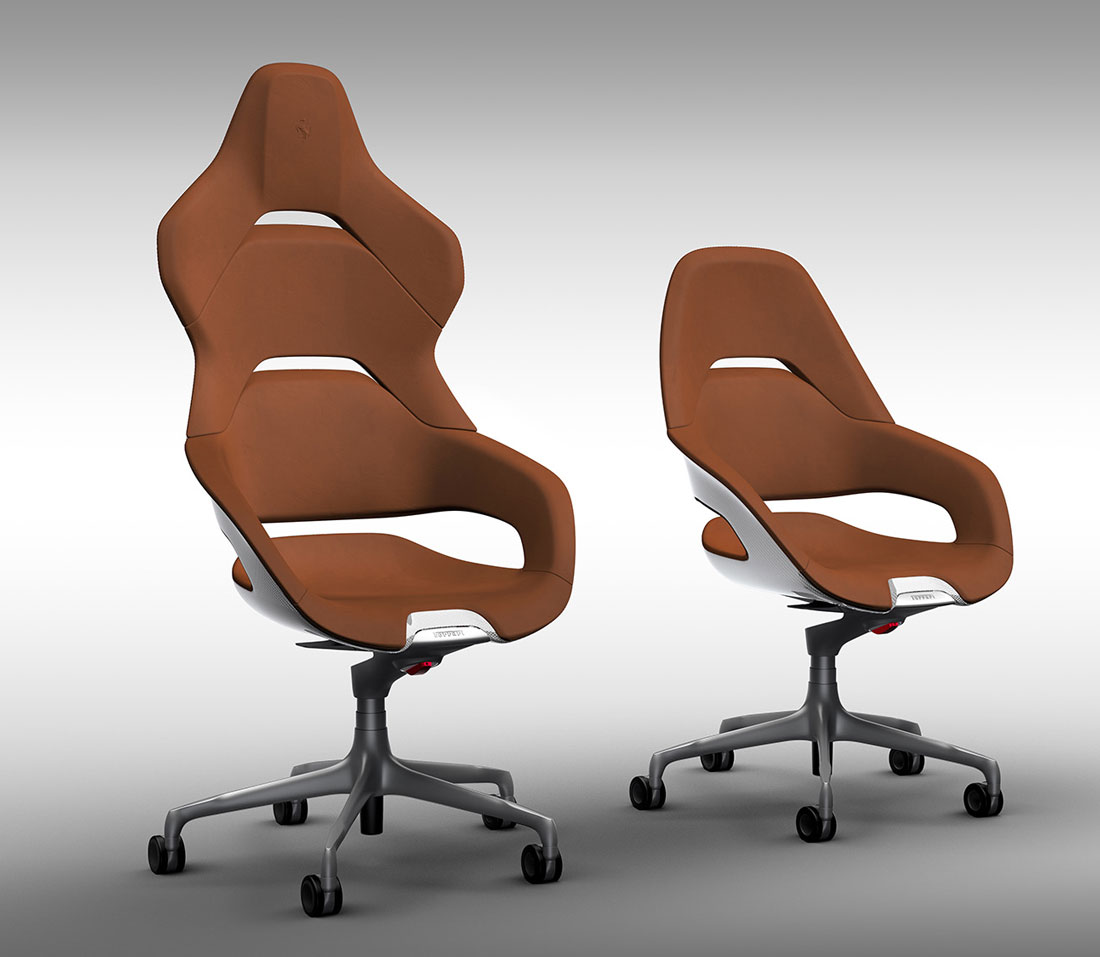 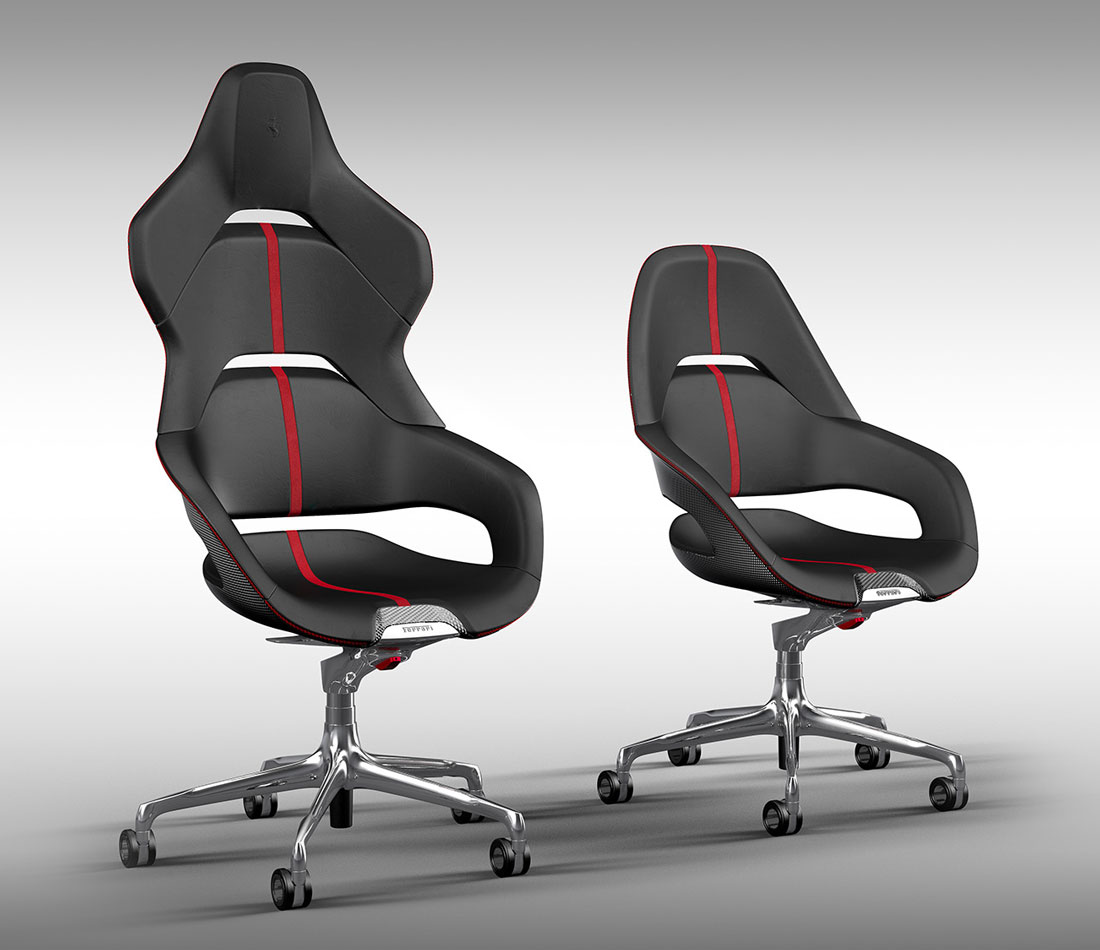 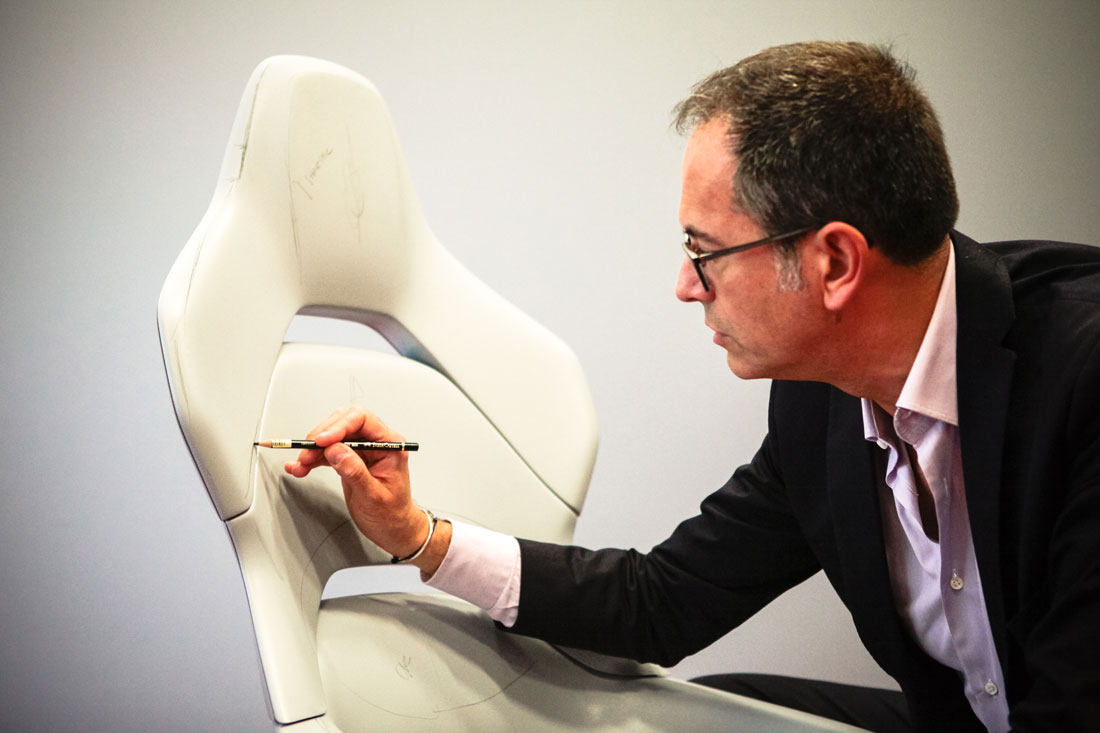 The project developed by the team of Ferrari’s Centro Stile (with Danil Kuzvesov and Thomas Granjard in particular working together with director Flavio Manzoni) elegantly remodels content from the automotive world around the functionality of a piece of furniture.

The tall-backed version, for example, rather clearly cites the seats of the GTC4Lusso in the ratio between positive and negative volumes, in the apparent separation of the different elements of the seat and in the visual cadence with which these elements are stacked. As Manzoni explains, however, “there is also a more subtle reference to certain Ferrari patterns of the 1980s”: the boundaries between the surfaces, in fact, are reminiscent of a specific texture with angled lines used, for example, in cars such as the 308 GTB. 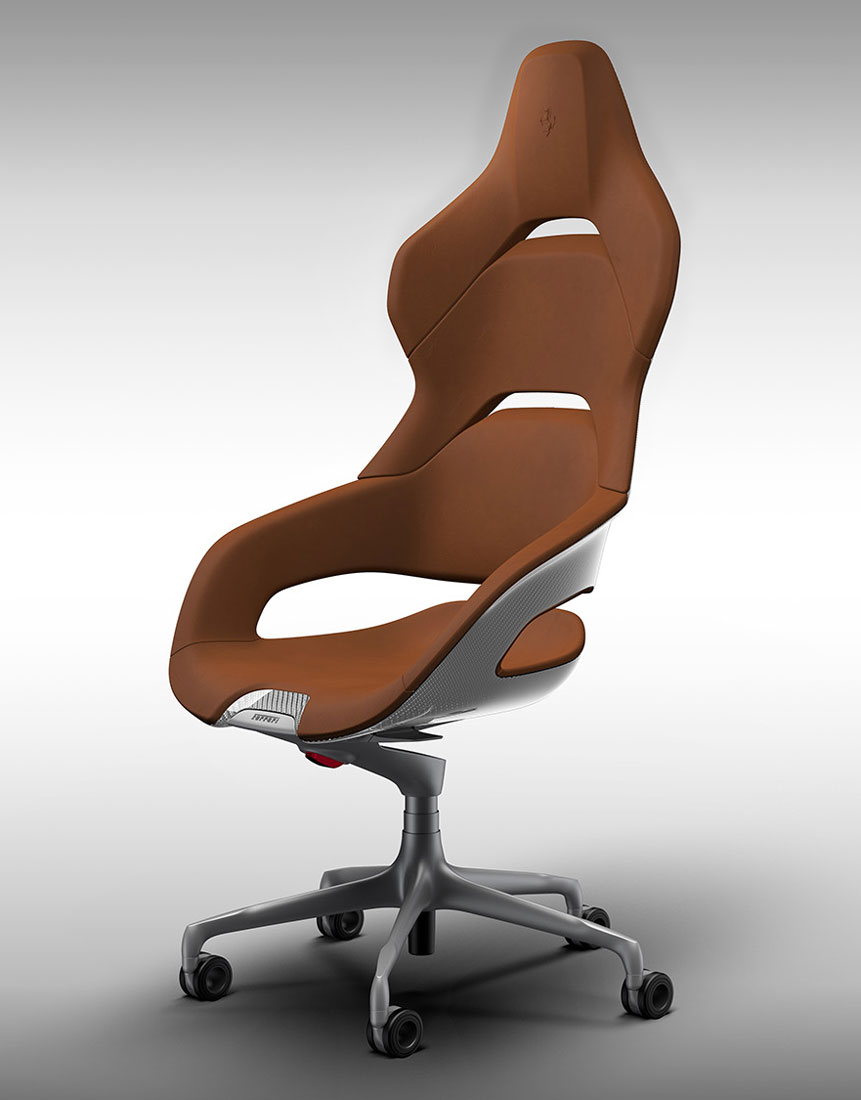 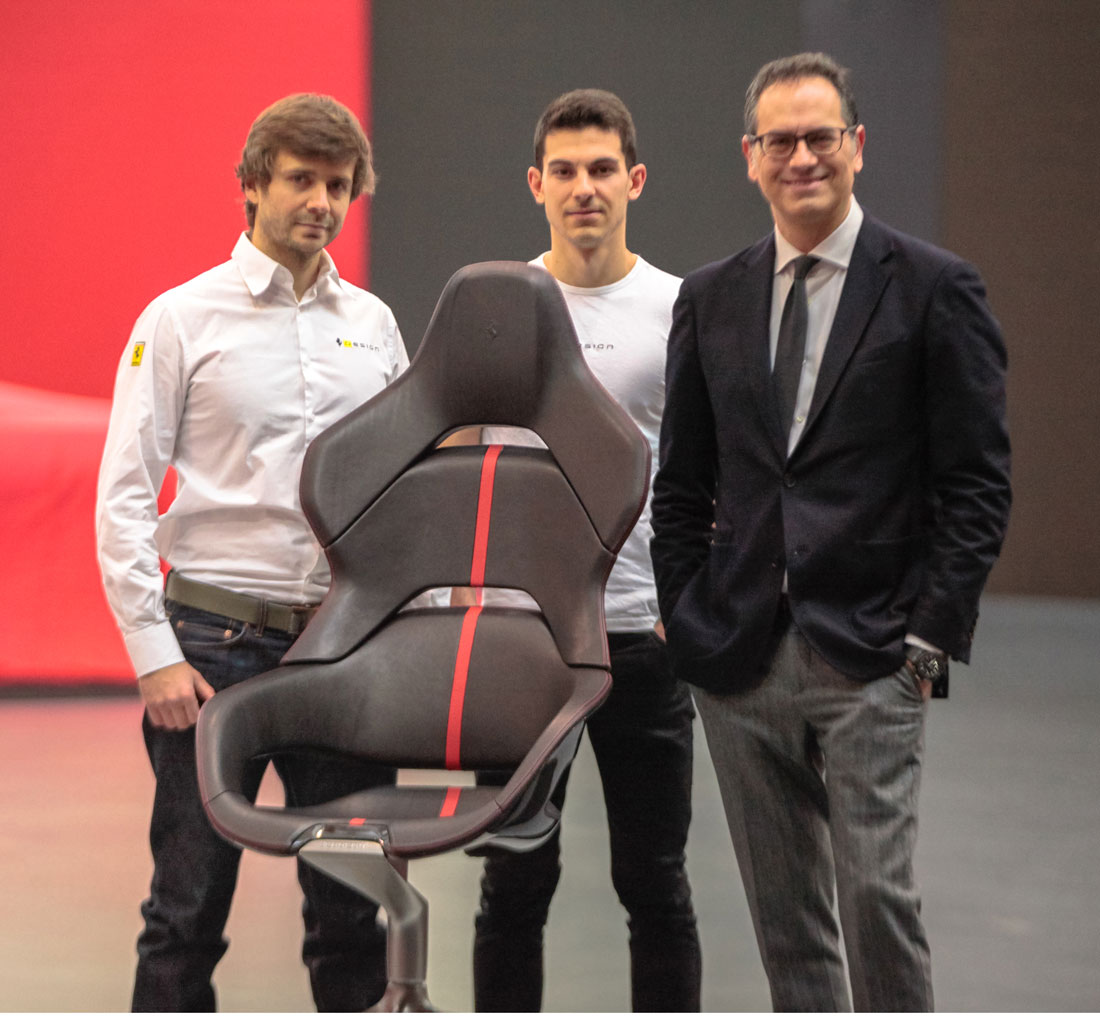 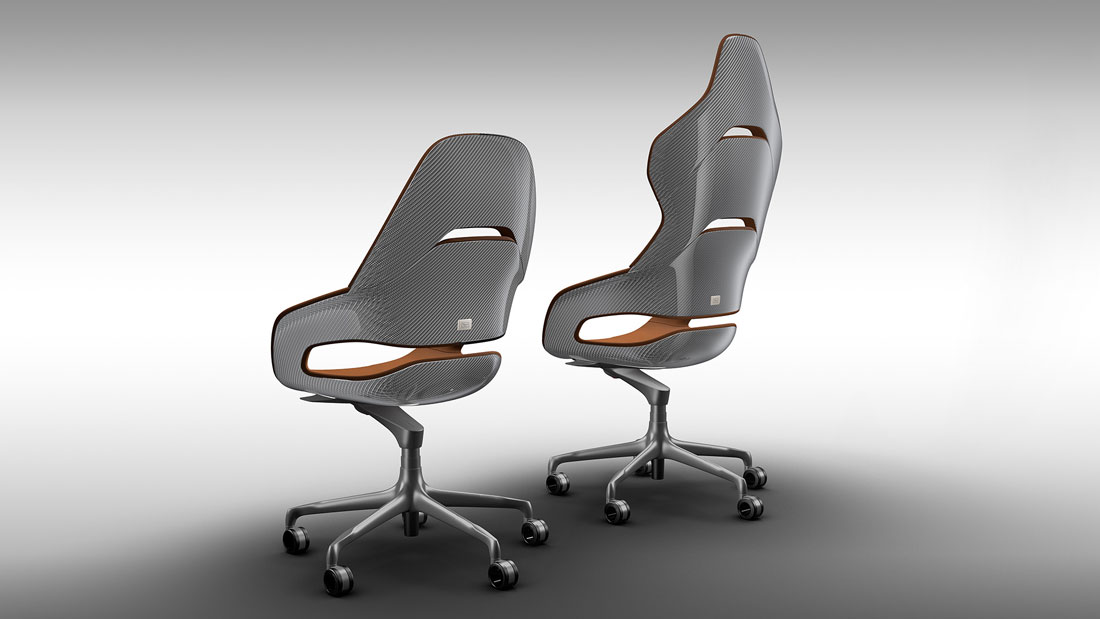 The Cockpit, presented during the Milan Design Week, even makes use of materials borrowed directly from the world of the Prancing Horse, from the carbon fibre or Alutex of the shell to the aluminium of the base, offered in a brushed finish or in Matt Racing Grey powder coat paint.