Alongside styling frenzies, in the margins of the more evidently spectacular solutions, and over and above commercial characterisation, paintwork is a visual sheath that contributes to defining how a project communicates its message. That’s why, in addition to grey and the more sober shades, the Volkswagen Arteon comes in three gaudy tones that seem to have been stolen from some newly minted city car: Atlantic Blue, Chilli Red and Kurkuma Yellow. The latter, sensational in the launch photos and used even in the recent restyling of the Golf VII, makes Klaus Bischoff, head of brand design, particularly proud: “It took three years’ work to achieve,” he explains. He is echoed by Astrid Göring and Susanne Gerken, who look after colour and trim: “There was a time when such a shade would have been unrealisable, because the world of pigments was not advanced enough. Today we have been able to define the exact point of yellow we want and submit it to the design team”. Bischoff continues: “The Arteon inaugurates a new era and deserves a new livery. But technology is evolving rapidly and expressive possibilities are multiplying: the Volkswagen colour revolution is just starting”.   #Arteon @Volkswagen 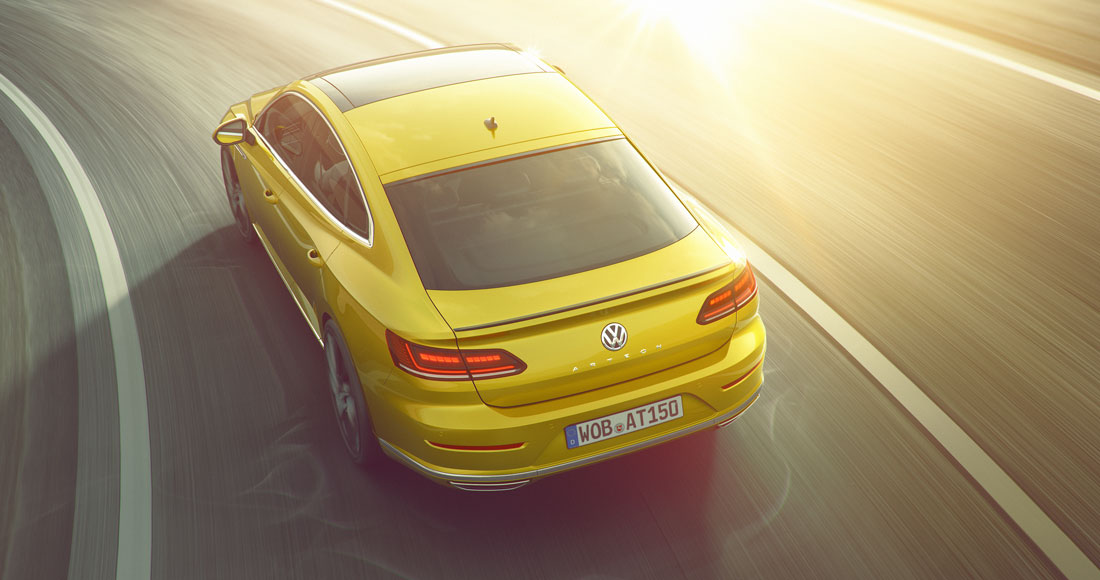