It’s impossible to talk about the Jaguar C-X75 in terms of style only, as you usually would with a show car. And it is equally impossible to discuss its proportions, volumes and surfaces without understanding the revolutionary technology encased within these elements. Put simply, this is the epitome of design – in other terms, the perfect fusion of style and architecture – and it was received as such at the Paris motor show, where it was hailed as one of the most extraordinary proposals at the event. “Performance through innovation has always been a Jaguar trademark” says Jaguar Land Rover CEO Ralf Speth. From the beginning, cars such as the C-Type and D-Type pioneered aluminium construction, aerodynamic design, racing monocoques and disc brakes. The C-X75 demonstrates that Jaguar is still leading the field in automotive design and technology.” Let’s see what all the fuss is about. 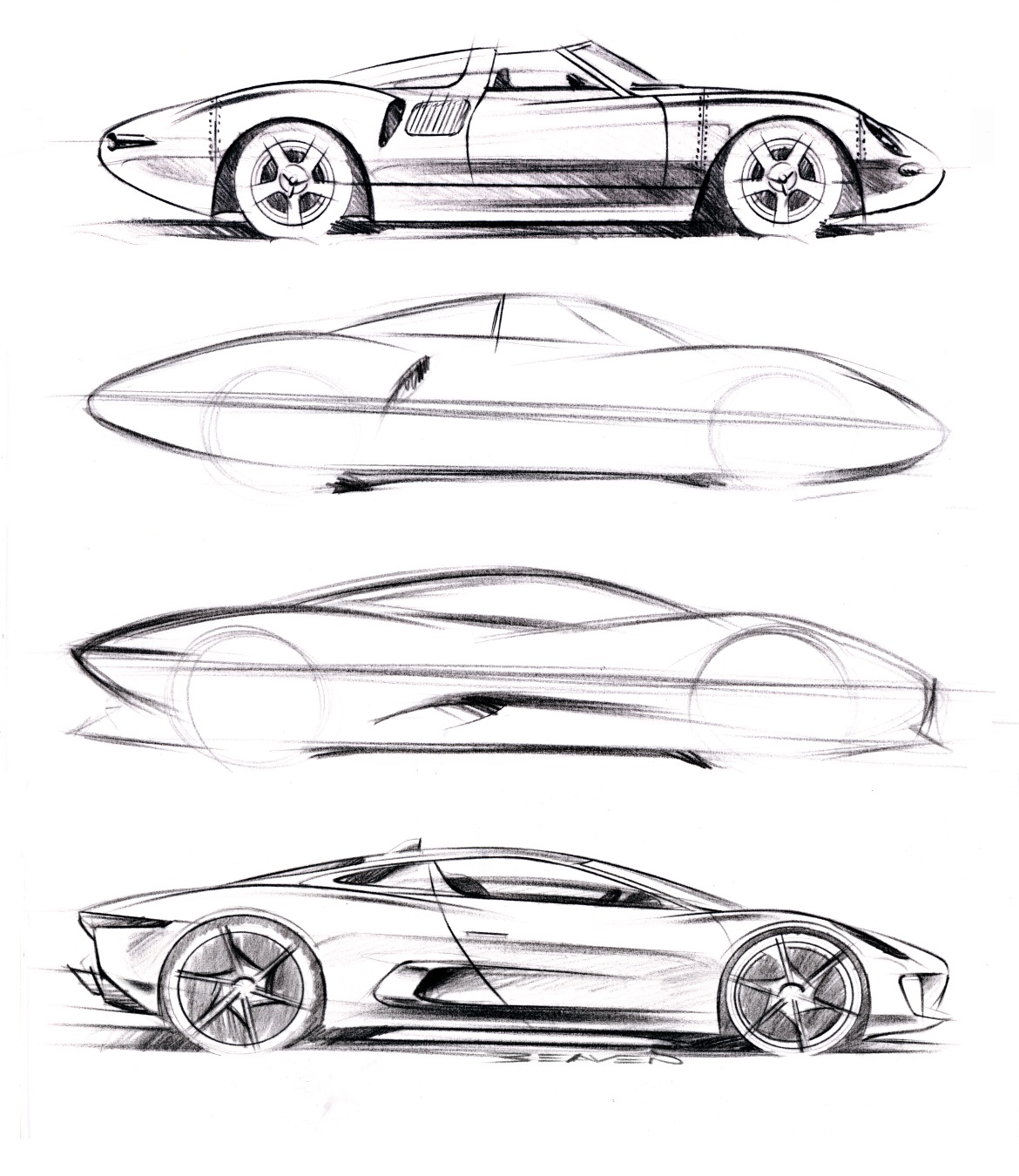 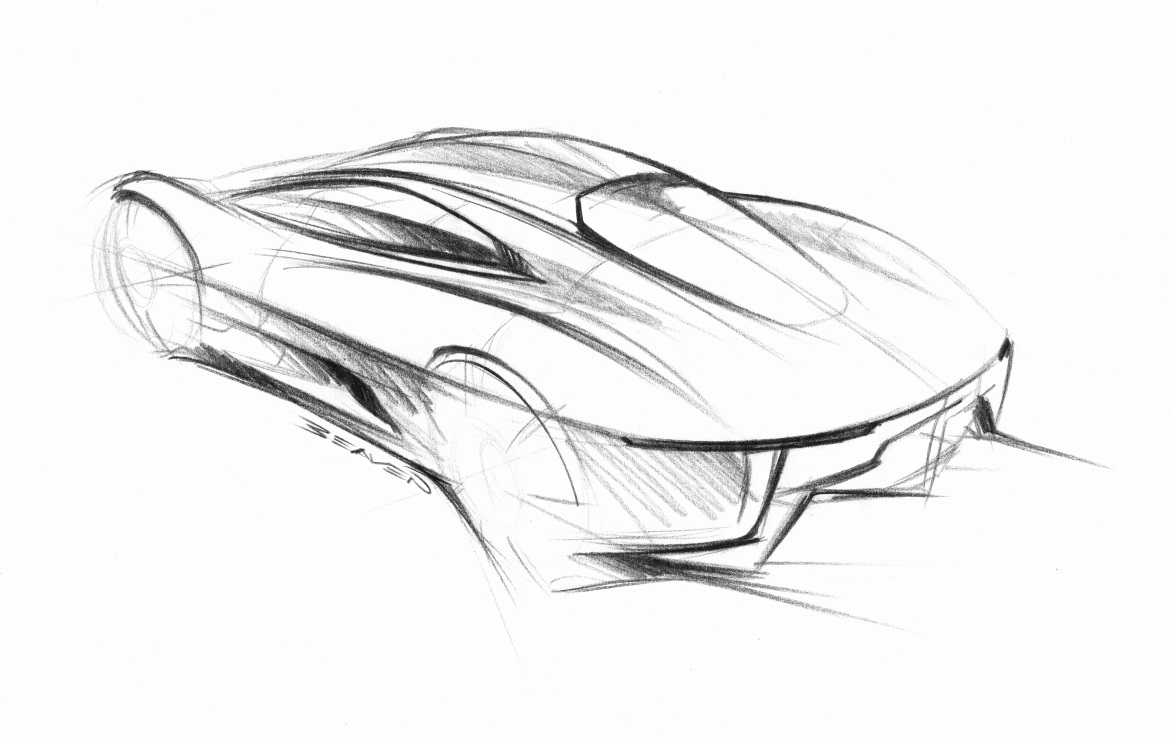 The C-X75 concept – the name itself is a celebration of 75 years of Jaguar – is a car from the future. Four inboard electric motors of almost 195 bhp each – one for each wheel – give a total power output of 778 bhp combined with monstrous torque. The result is, of course, mind-blowing performance: 0-100 km/h is dispatched in 3.4 seconds, 0-100 mph (160 km/h) in just 5.5 seconds, and 300 km/h comes up in 15.7 seconds – more or less the same time it takes an average economy car to reach 100 km/h – with acceleration peaking at 0.88G. But is this just a plaything for its own sake? “For the time being, yes” admits Callum. “But by making a concept I’m throwing a stone into the pond. We want to see what sort of ripples it makes and where those ripples take us. The car has stirred a lot of interest: from a purely business perspective, a car like this could be viable in a very small series – say 200 units – and perhaps with a little more conventional technology. But this is mostly a window into the future, as well as an exercise in good design. Certain style elements will appear in future sports Jaguars: but above all, the C-X75 has shown what the sports cars of the future could potentially be. I also wanted to show car enthusiasts that an electric car doesn’t have to be a toy car, and that it can also be very sexy. The truth is that these technologies give us greater design freedom. Nothing dictates the shape of the car any more, unlike today’s constraints dictated by a big engine and a gearbox separating the two occupants. This is a car without an engine.” 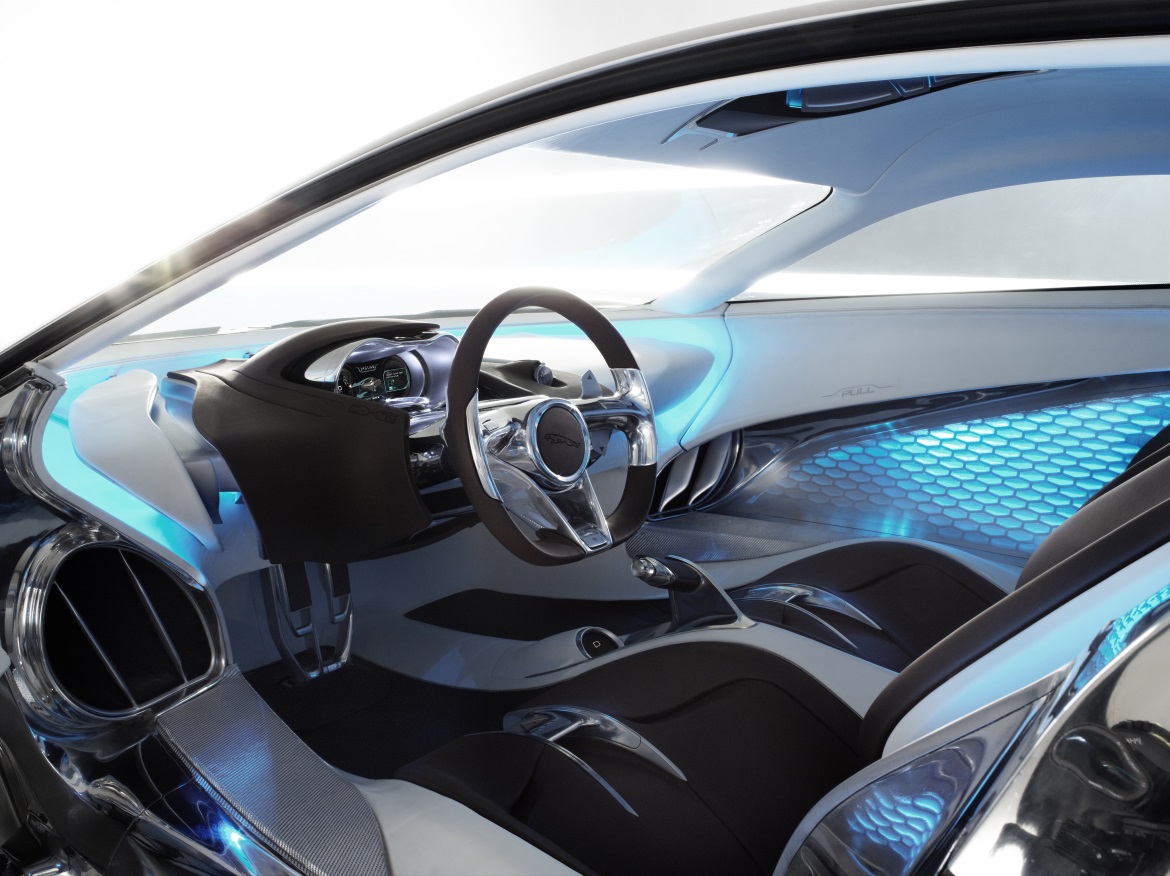 The C-X75 is therefore an electric two-seater supercar with extended range and which explores the extreme limits of performance and sustainability. It is everything that a Jaguar should be, as it has balance, grace and pace: “The ultimate”, comments Callum, “that a concept can offer in terms of artistic purity of form”. Finished in Jetstream Silver, and with sculpted lines, graceful proportions and a powerful stance, the car expresses much more than just the elegance of the brand’s classic styling cues. It demonstrates, in fact, how it is possible to maintain the essential values of the brand even when offering extremely low emissions mobility. “We wanted to show how we could remain faithful to classic lines, but in a modern key” explains Callum. “I believe that today, some designers have forgotten the beauty of a classic line: there are too many fads, too many angles and too much graphics.” 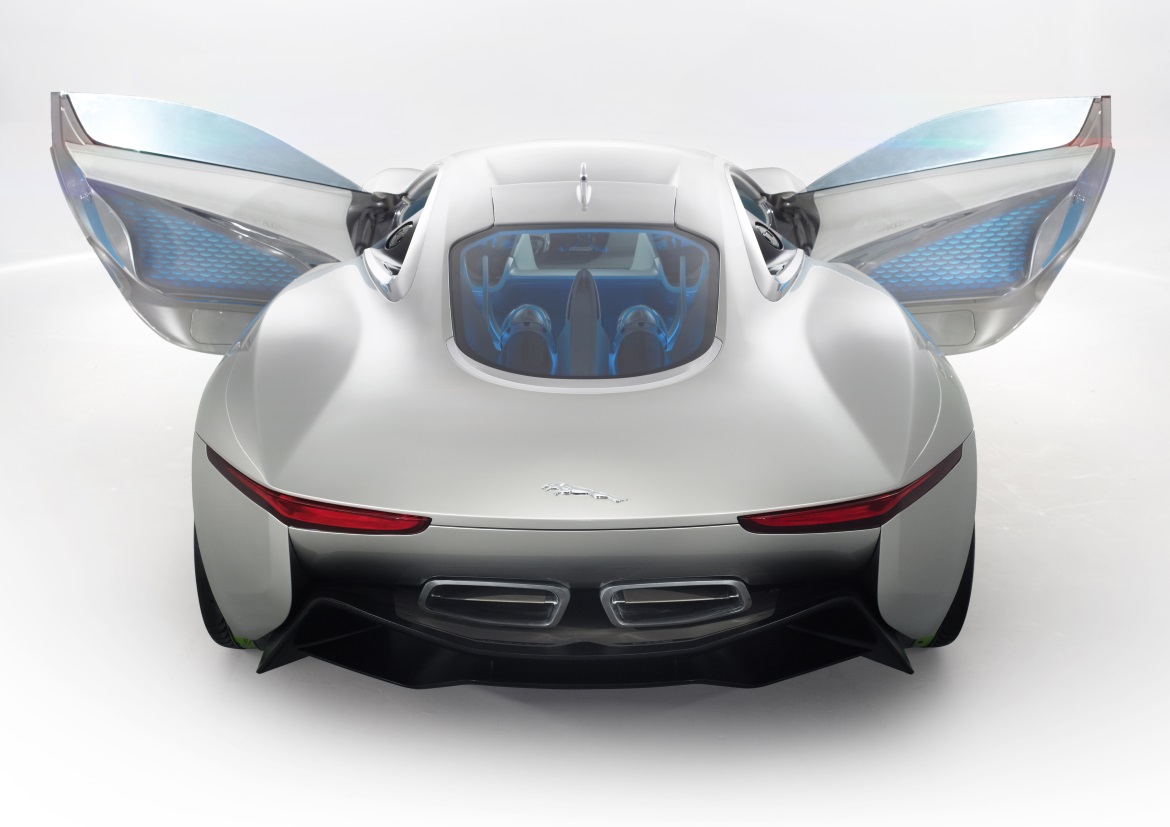 Shorter, narrower and lower than today’s supercars, the C-X75 consists of a cabin tapering away at both ends (with that rear quarterlight straight from the E-type…) surrounded by prominent, almost theatrical fenders. The doors are hinged at the front and open upward and outward. Conventional rear view mirrors have been ditched in favour of cameras housed in fins in the tail. Behind the huge wheels (21” up front and 22” at the rear) are oversized brake discs. Aerodynamics (the car has a Cd of 0.32) played a key part in the project, and the Venturi undertray works in concert with directional exhaust gas control to generate considerable downforce. The cabin itself exudes the usual Jaguar sense of luxury, interpreted here with leather and aluminium, but with the addition of show car touches such as electroluminescent microfilaments, phosphor blue Led lights, touch screens and a partially floating dashboard, which moves together with the pedal box, as the seats are fixed. “The smooth, fluid curves of the interior are inspired by the flow of air to the turbines”, explains Callum. One can’t help remembering, when Jaguar was the first to fit them, that nobody really believed in disc brakes.