The new FXX-K Evo will be available both as an extremely limited-run model and as an upgrade package for the existing XX cars. This latest arrival marks a significant evolution of the XX programme launched in 2005 with cars developed specifically to play an active role in the eponymous research and development programme which itself has become a byword for innovation and uncompromising performance. 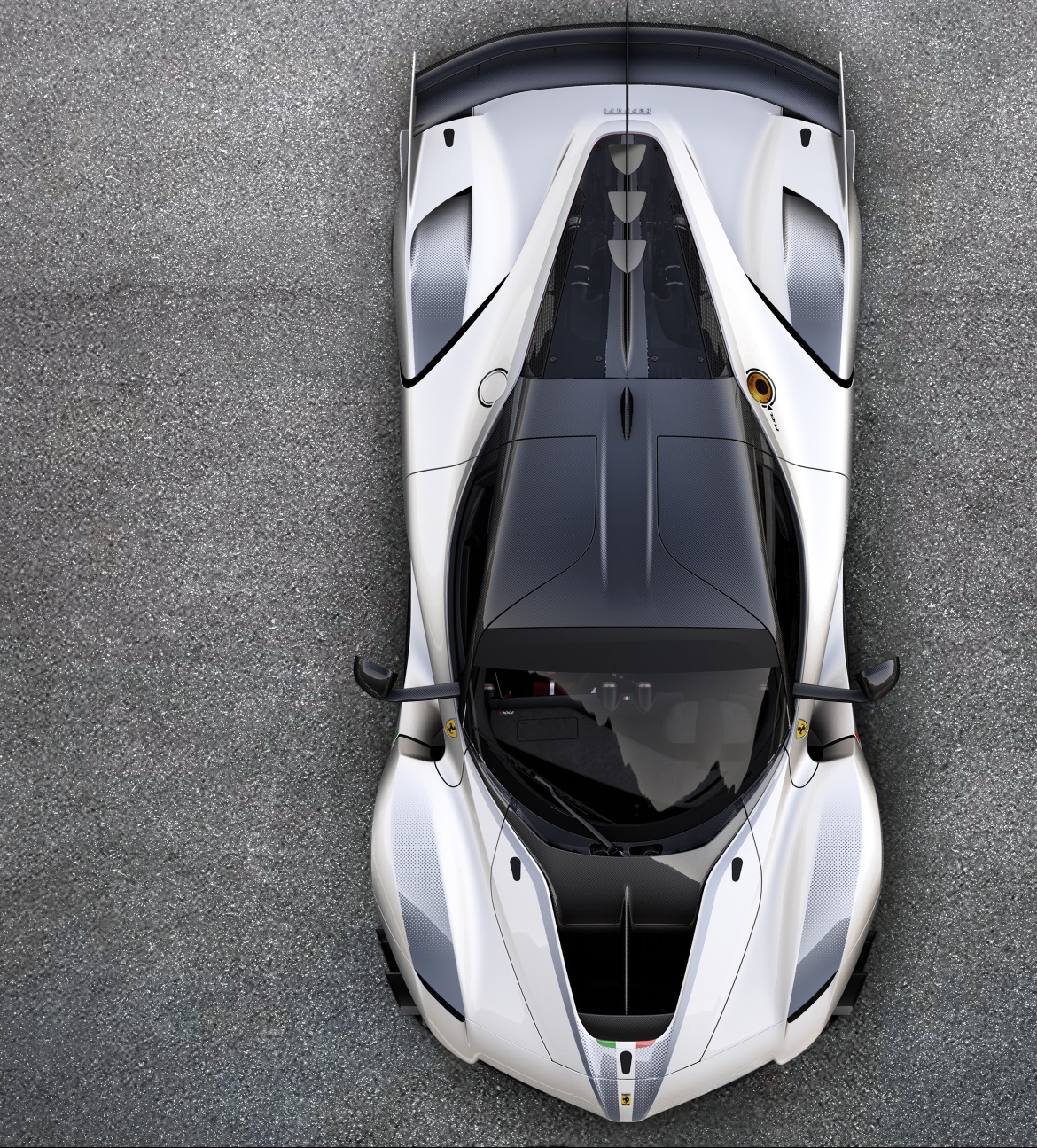 The FXX-K Evo features an evolved aero package developed by Ferrari’s engineers in synergy with the Ferrari Style Centre’s designers, to push to the very limit the performance of a model that already represents the state-of-the-art in terms of Ferrari track-only supercars. The product of over a year of CFD simulations and wind tunnel testing, the FXX-K Evo’s aerodynamics deliver downforce figures very close to those of the cars competing in the  GT3 and GTE championships, all to the advantage of lateral acceleration in cornering, stability and, ultimately, exhilarating driving pleasure. 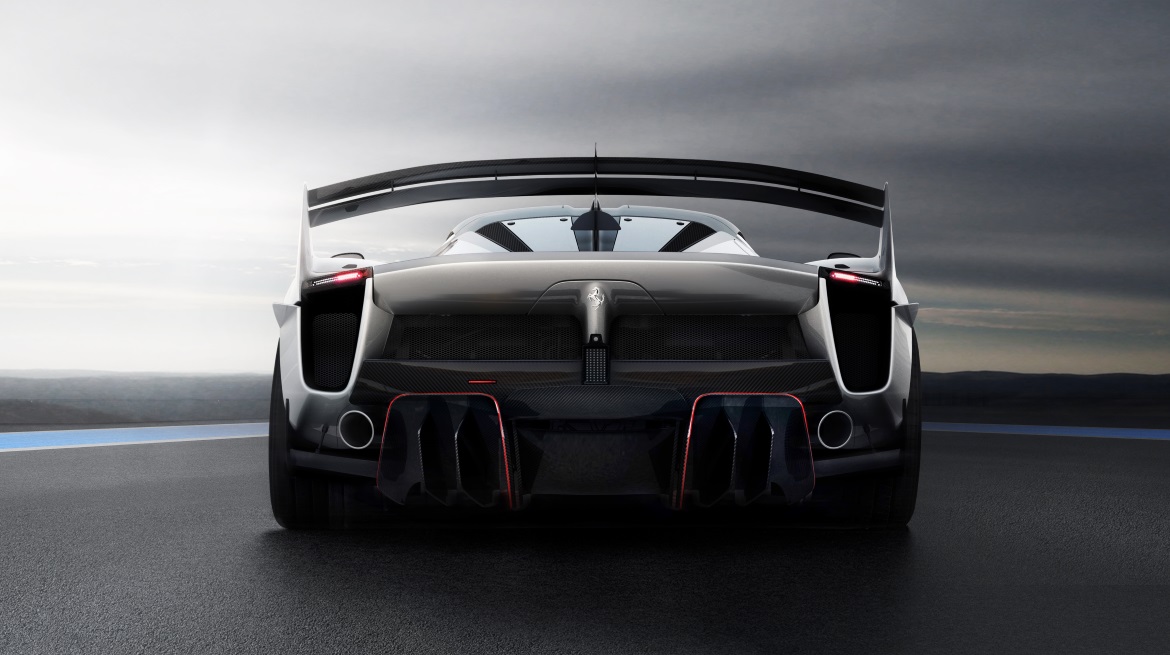 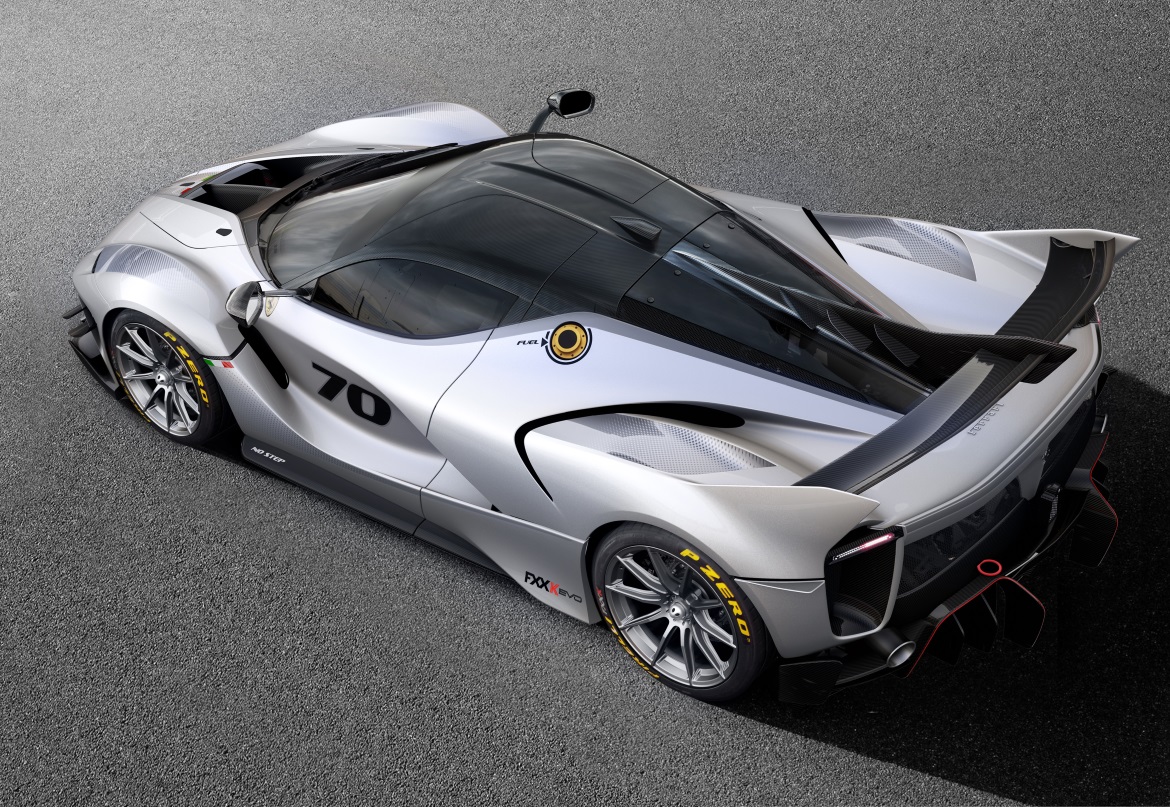 At the development stage, the designers worked on a broad range of different aspects of the FXX-K Evo, starting with reducing its overall weight. By drawing on Ferrari’s Formula 1 experience and adopting innovative carbon-fibre component crafting processes, they succeeded in producing a lighter car than the previous FXX-K despite introducing new elements such as the fixed rear wing. The FXX-K Evo’s downforce coefficient has been improved by 23% on the previous version, which is the equivalent of a 75% increase on the road car from which it is derived. Downforce of 640 kg is generated at 200 km/h, and exceeds 830 kg at the car’s red-line speed.