The world’s population is becoming increasingly more mobile and connected, with mass urbanization as one of the results. Current and future city dwellers will fuel growth in e-commerce and associated “last mile” deliveries, which will bring a corresponding surge in traffic and pollution. Those are the issues Renault is addressing with the EZ-PRO, an urban, autonomous and electric last-mile delivery concept. It is the French company’s second of three Z35 concept vehicles this year that consider forms of electric and autonomous mobility. 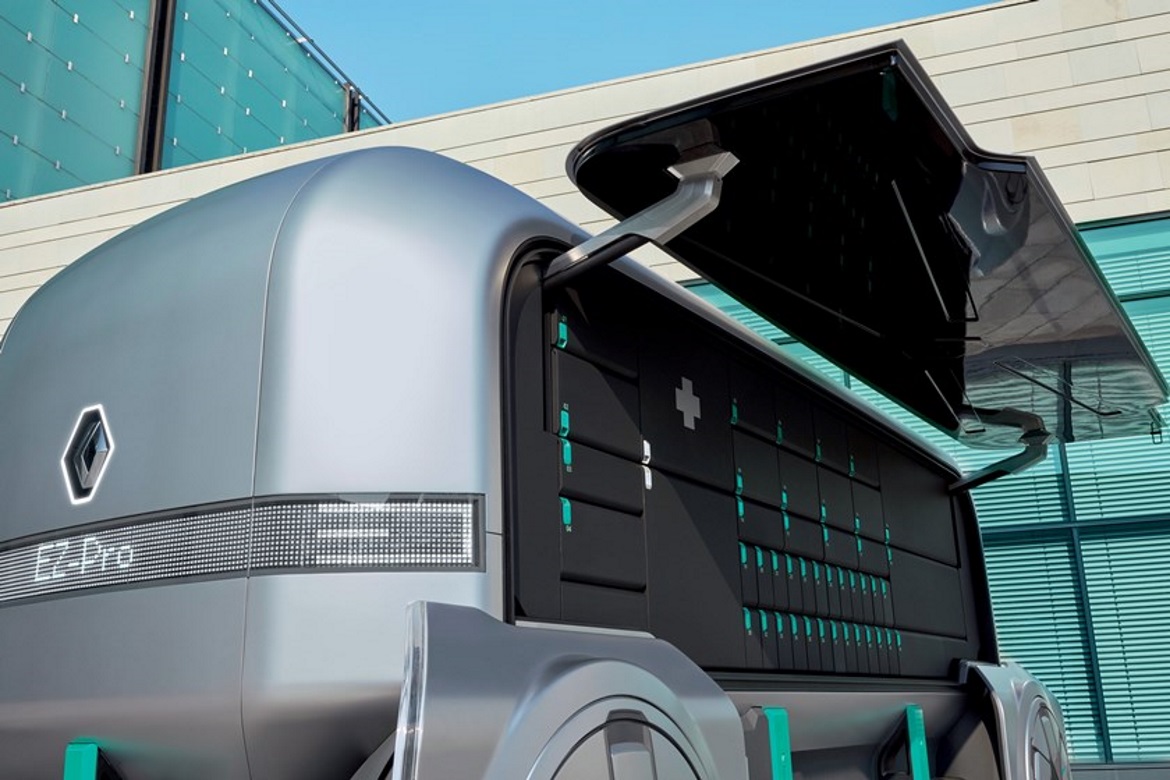 “We are beginning to explore the future of LCVs, focused on an increasingly important sector, the transportation of goods and delivery services,” said Ashwani Gupta, the head of the Renault Nissan Mitsubishi Alliance’s light-commercial vehicles business unit. The EZ-PRO concept consists of a “leader” pod with a human concierge that can be dispatched from shipping hubs. The leader pod is trailed by autonomous “follower” pods that can platoon behind or operate independently once the delivery zone is reached. Customers are notified by app that their package is ready for them in a locker they can open with the same app. 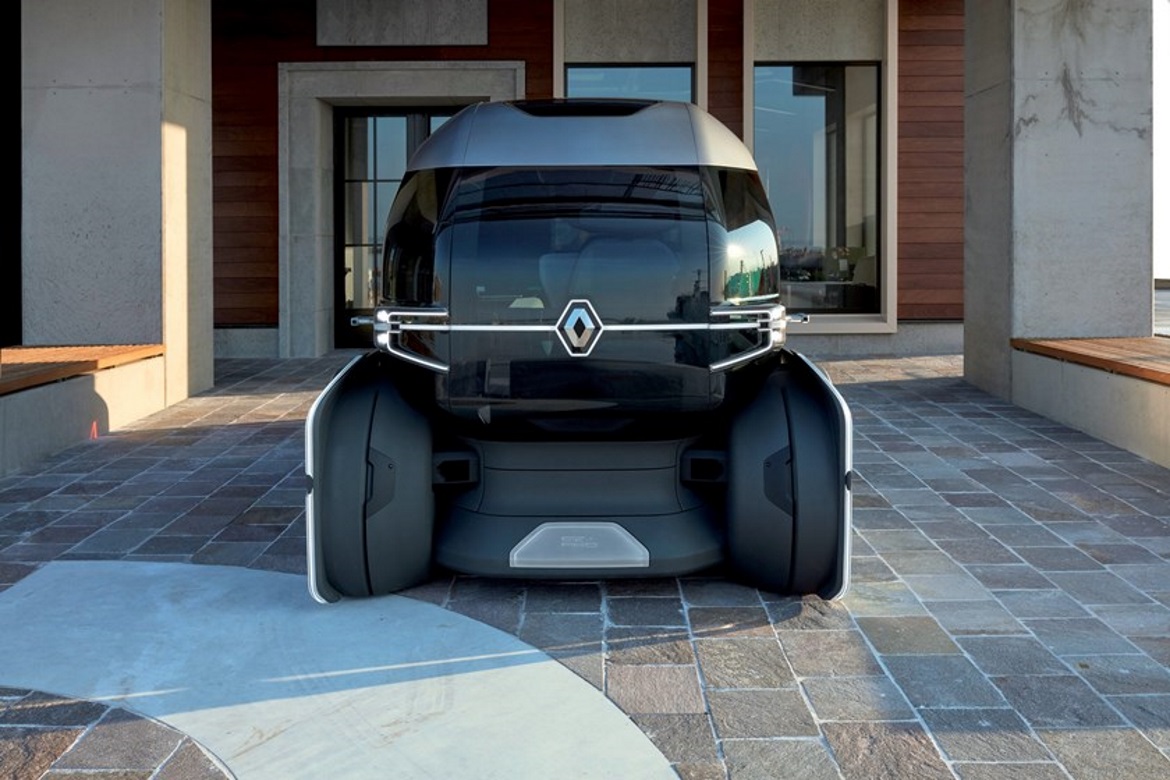 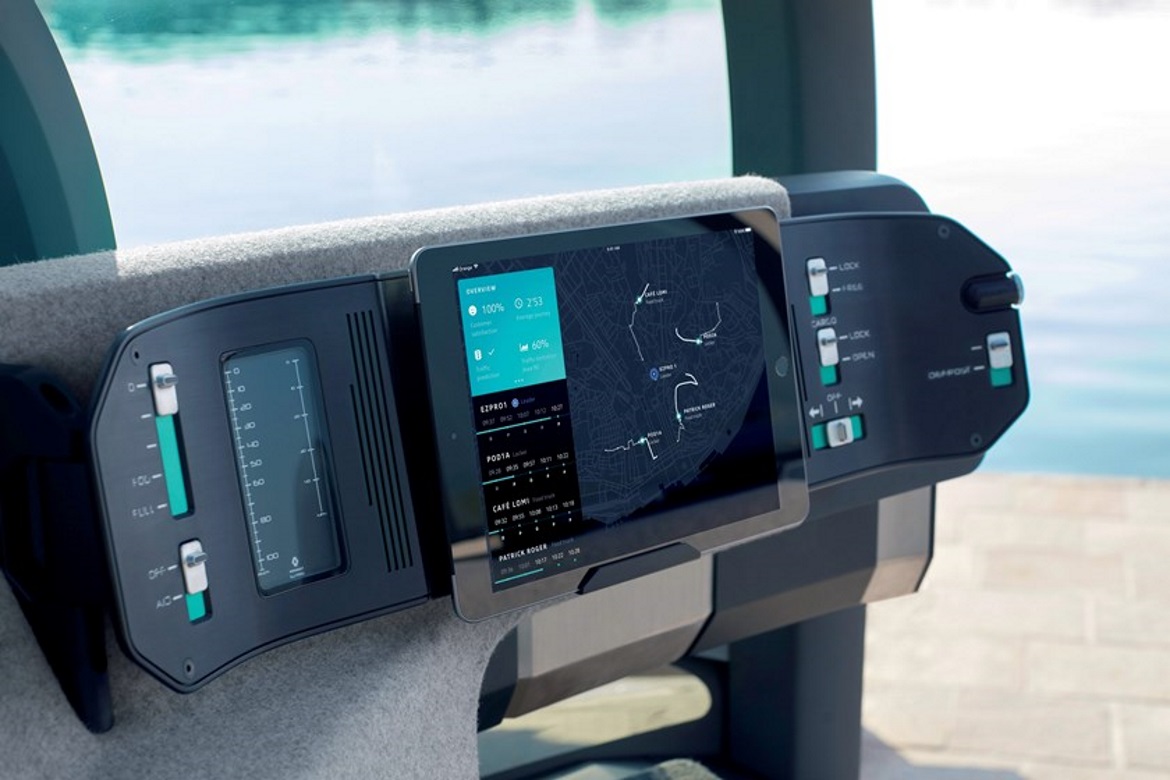 The concierge’s job is not to steer or look for parking spaces, but to perform high-value tasks or optimize delivery routes. “EZ-PRO can trigger novel thinking about how logistics hubs and cities can evolve to better serve their customers,” said Laurens van den Acker, senior vice president for corporate design at Groupe Renault. It can be configured as a locker, a food truck or even a pop-up store. 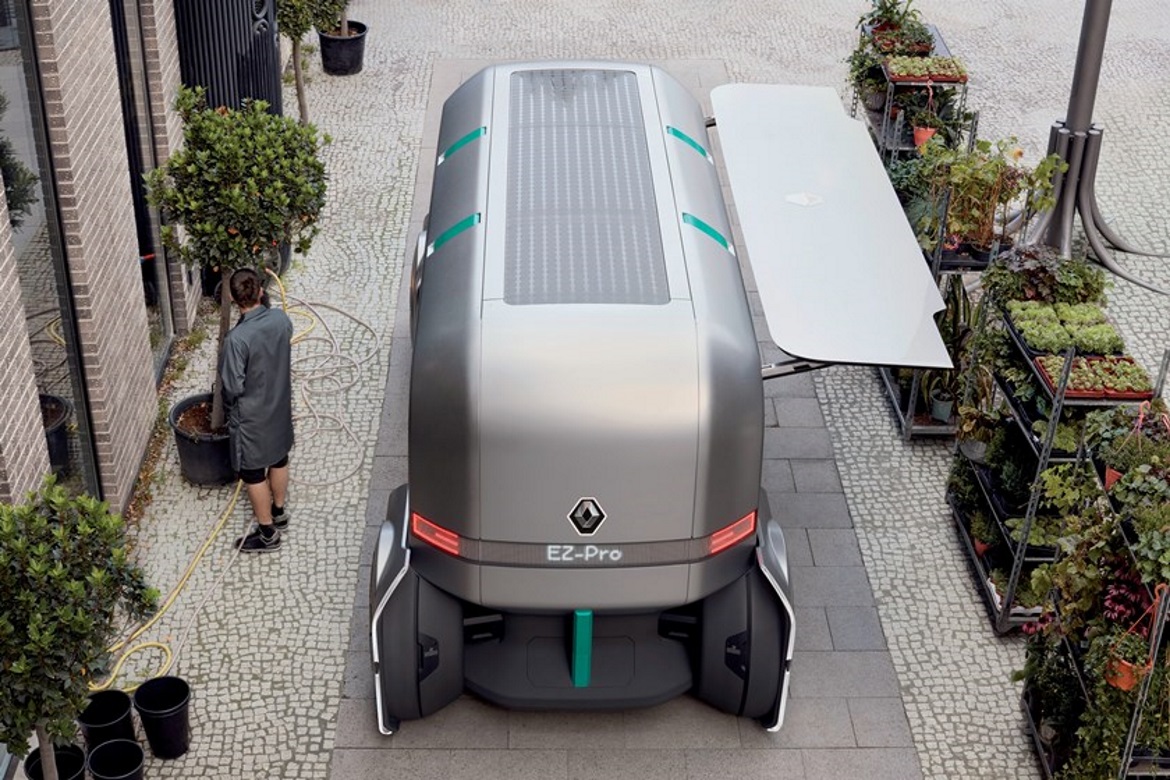 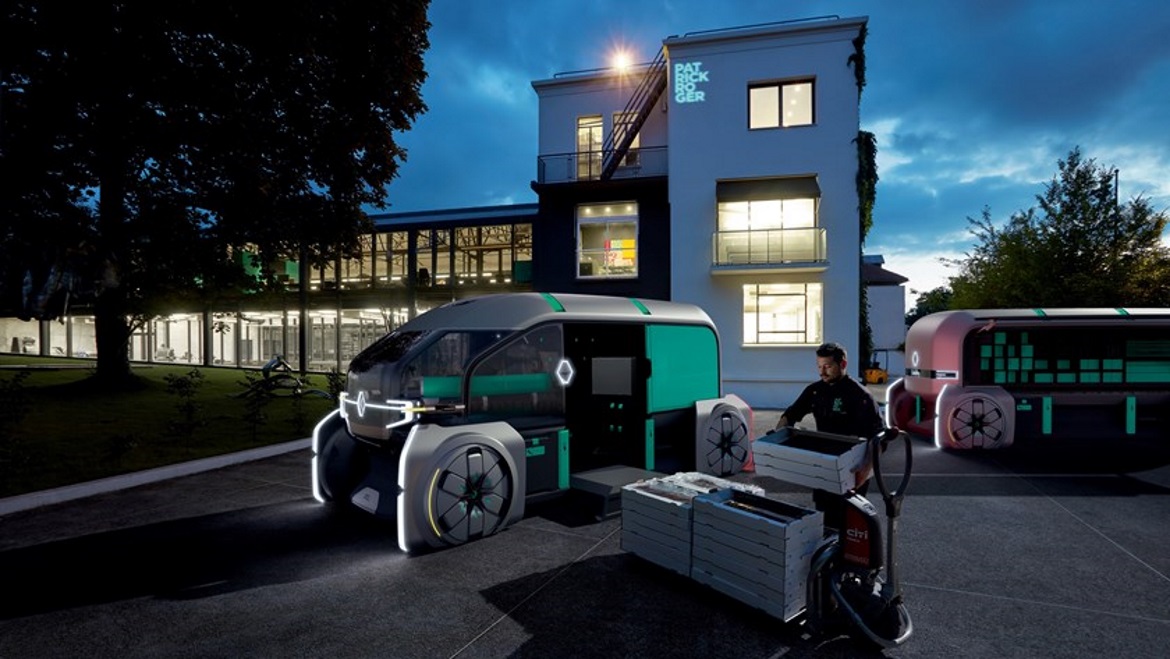 EZ-PRO is designed to be simple and enduring. Brushed and anodized aluminium outside, and wood, felt and leather in the concierge cabin mark zones of utility and warmth. “It’s designed to be completely integrated into the cityscape,” Van den Acker said. “EZ-PRO blends into its surroundings with an exterior that will reflect the city. It will contribute to a people-friendly and cleaner urban environment.”