The Alfa Romeo Tonale and Fiat Concept Centoventi, two show cars that have captured the public’s imagination at the Geneva Motor Show, as described by Klaus Busse, Head of FCA design for the EMEA region.

Two modes of Italian Design: the sculptural and the “democratic” are central to FCA. And it should come as no surprise that a German designer with a wealth of American experience is taking charge of both. Klaus Busse, who manages design for FCA’s European brands, has passionately immersed himself in the intricacies of one of the most complex automobile traditions. Busse can then, with his intimate knowledge, point out the two “different approaches” behind two quite spiritually different concepts that Turin’s Centro Stile (design centre) presented in Geneva. One is the Alfa Romeo Tonale, a C-segment compact SUV; the other is the Fiat Centoventi, which celebrates 120 years of the Turin brand with its name and promises an exciting future with its form – if, or rather when, it enters production.

“The Alfa,” Busse explains, “was born in a country full of sculptors and artisans. It represents the culture of craftsmanship, of beautiful sculpture, of technology at the service of an art linked to the human form rather than to aggressive, angular shapes. In fact, the Tonale concept represents the union between artisanship and technology. With the Centoventi concept, on the other hand, we wanted to celebrate what we consider to be the nucleus of Fiat’s purpose, that is, to make mobility democratic. Naturally, whoever loves the original Panda will see it in this vehicle, not so much in the form, but in its inspiration, in its message. The Centoventi is full of impressive ideas – an example of the Italian approach to problem-solving, with great flexibility not only regarding colours and materials but also the structure and functionality of its interiors. It is a masterpiece of industrial design.” 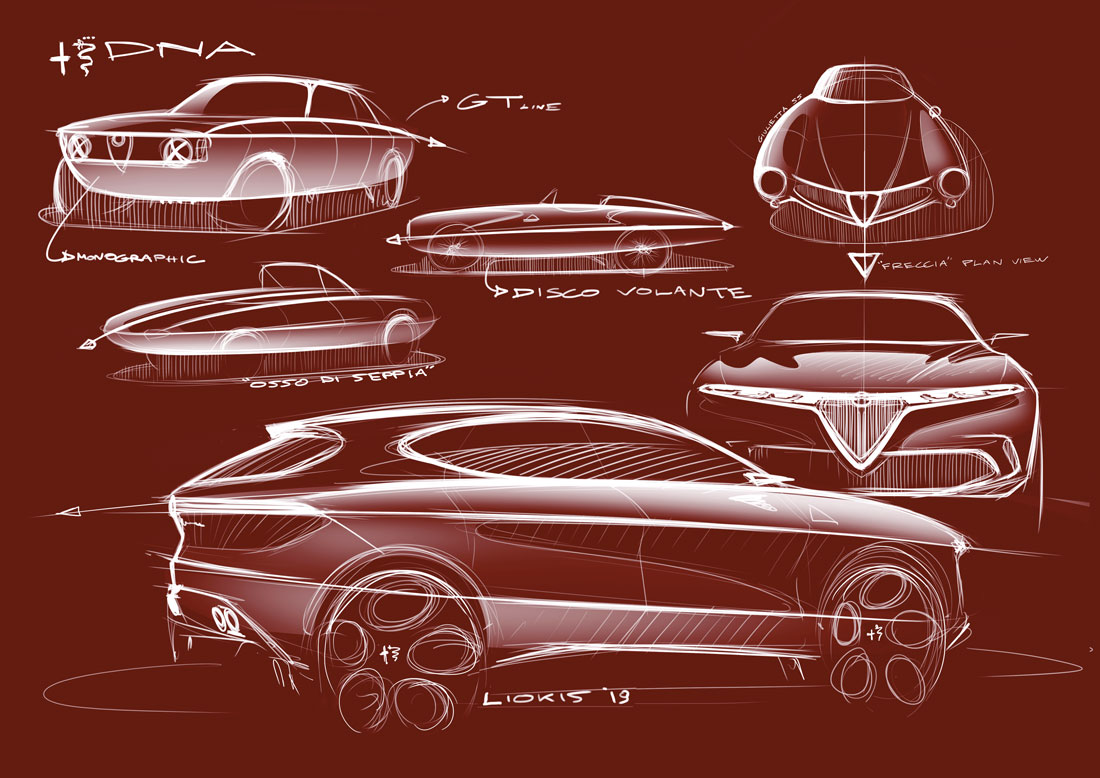 Both are just concepts, and Busse treats them as such (“There is no need to adopt specific platforms,” he clarifies), refusing to be drawn on their possible commercial development. But, he admits, “I don’t mean by this that these are pure exercises in style.” In fact, he adds, both concepts “are rich in features, ideas and technology. They are the result of a close collaboration with engineers and product planning, not the dream of a couple of designers.”

It’s true that, as a concept, neither the Tonale nor the Centoventi have to abide by laws and regulations, “but both have been designed with reality in mind. No Centro Stile designer creates objects out of pure fantasy, it’s in the nature of how we approach our work every day.” Alberto Dilillo is in charge of design for the Fiat brand and Scott Krugger for Alfa, while Andreas Wuppinger’s team takes care of interiors with Rossella Guasco in C&T. “It’s entirely thanks to them,” Busse acknowledges, “that we’ve been able to present these two incredible concepts.” 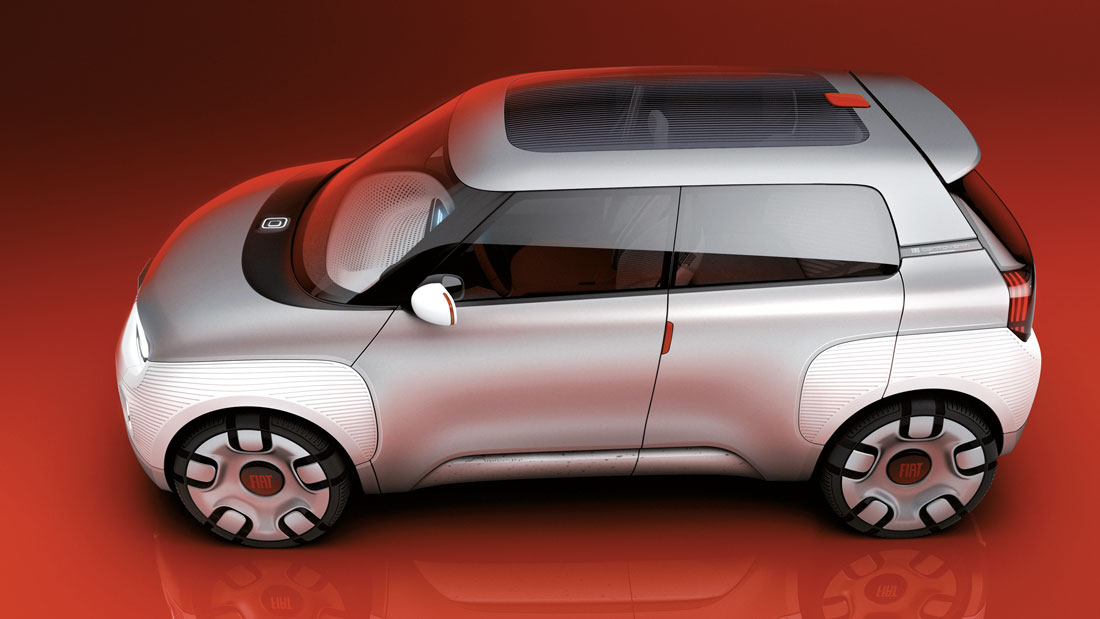 In the case of the Fiat concept, its development is the product of years of work around new ideas and new thinking. “We’ve been discussing the future of the brand since my arrival in Turin in 2015. The Centoventi is not so important for its look so much as for the ideas that it embraces. We didn’t begin by designing exteriors and interiors, as you normally do, but by discussing a completely different approach to the car, to a way of selling and owning it, to living with it for many years despite changes in lifestyle: pieces of ideas that, in the end, created this form. ” 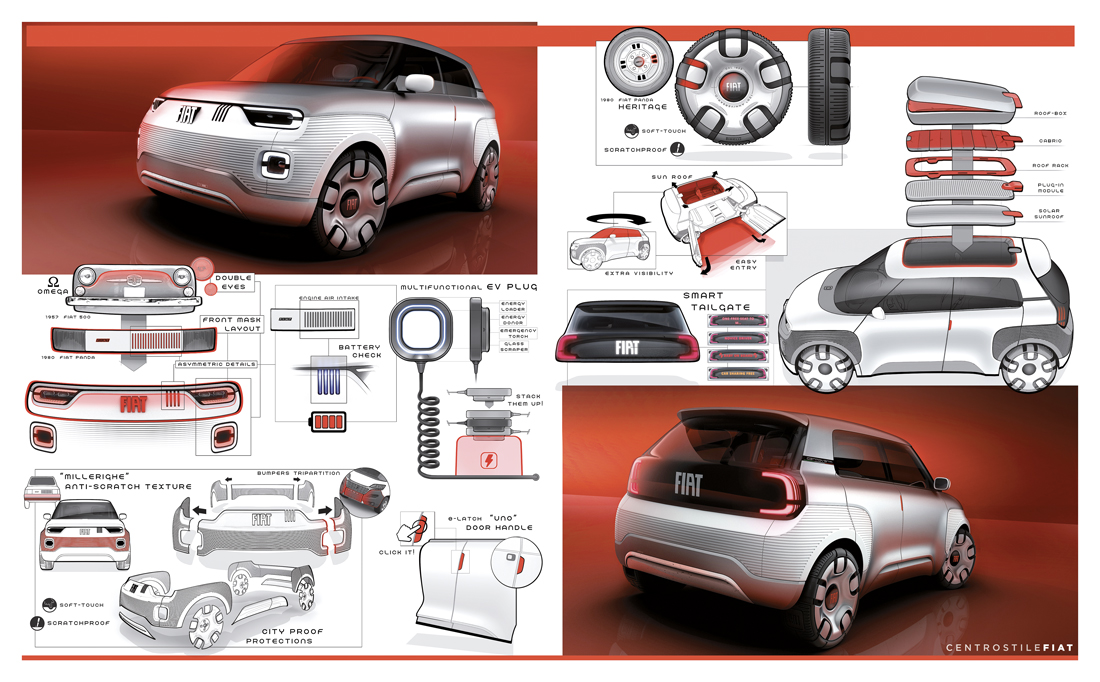 Since arriving in Italy, Busse explains, his “story” has been one of “love for the Fiat mission”, that is, the democratisation of the car, the Fiat spirit: “This was a perfect way to celebrate its 120 years.” The Tonale’s story has been very different. “We wanted to show what we thought might complement the Alfa range,” Busse explains: “The market is increasingly moving in the direction of SUVs and crossovers, also because technological progress is facilitating the combination of space and a high seating position on the one hand, and performance on the other. I’m thinking about Nürburgring’s Stelvio. The public appreciates that kind of package. 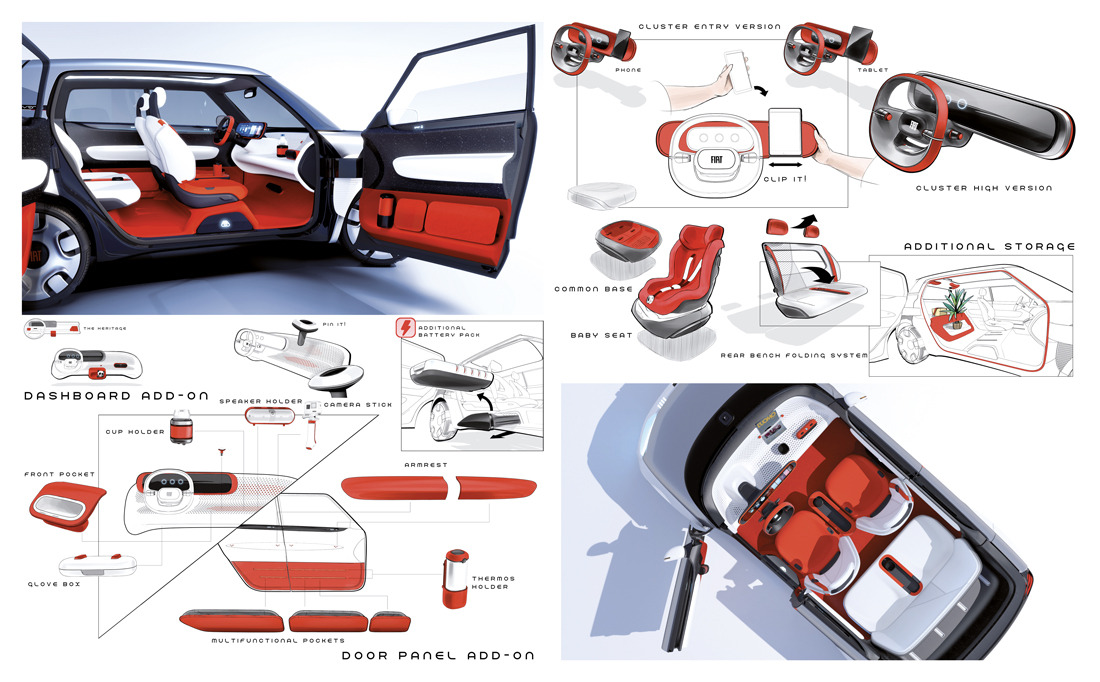 Having created the Stelvio and proved that you could make an Alfa for that segment, we wanted to try with a lower segment, but without copying the Stelvio’s design, without a Russian Doll effect.” In the pursuit of inspiration and stylistic features, a visit to the Alfa Romeo Museum was essential: the 33 Stradale, the Disco Volante, the GT Junior, and the Brera Optic Group 3+3, but everything “given a modern twist”. “We didn’t want to give the impression of having visited the museum as though it were a supermarket, of having mixed everything up and made a new car. We wanted to look to the past, but projecting ourselves into the future.”

More contents in the FCA Supplement to Auto&Design no. 236