McLaren reveals its new Ultimate Series roadster, the Elva. As the brand’s first open-cockpit road car, the Elva adds a new dimension to the range-topping Ultimate Series lineage. Like its McLaren P1TM, McLaren Senna and Speedtail predecessors, volume of the new McLaren Elva will be strictly limited: just 399 are being offered for customer order. The Elva name celebrates the renowned Bruce McLaren-designed M1A and McLaren-Elva M1A [Mk I], M1B [Mk II] and M1C [Mk III] of the 1960s. Produced as ‘customer’ versions of the innovative and exciting Group 7 McLaren race cars, the McLaren-Elva sportscars embodied many of the pioneering design and engineering principles that are integral to the McLaren road cars produced today. 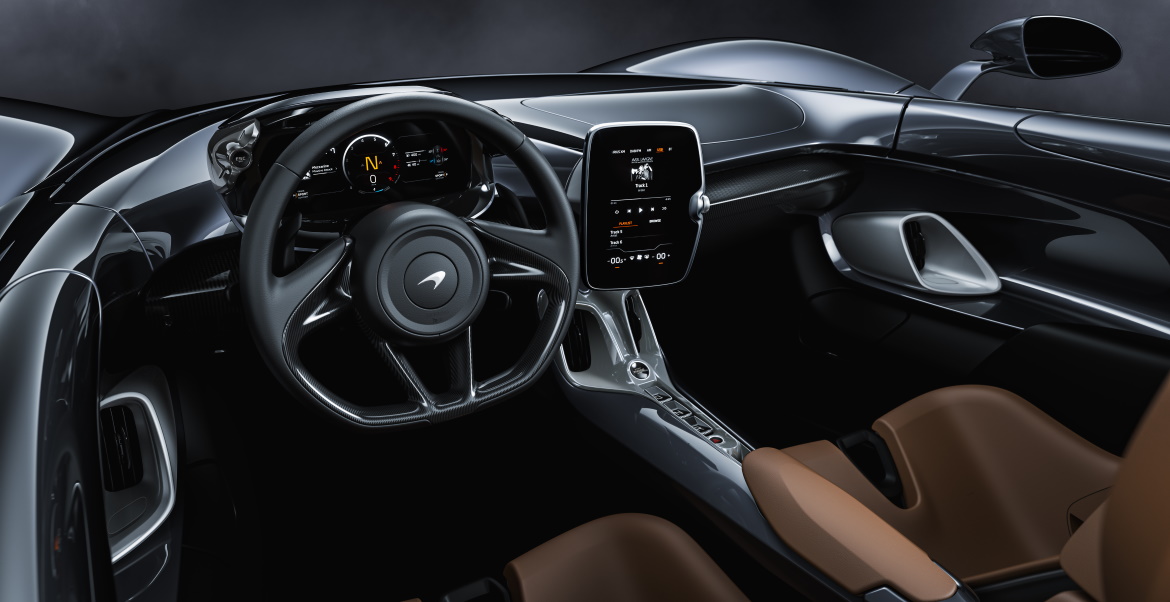 “Our mission with the McLaren Elva was to create an open-cockpit, two-seat roadster that delivers the most elemental of driving experiences. Formula 1-inspired shrink-wrapped volumes create a technical sculpture that is as striking as it is remarkable, the exterior flowing into the interior in a stunning example of a new and unique McLaren design philosophy that we can call ‘blurred boundaries’”, said Robert Melville, McLaren design director. 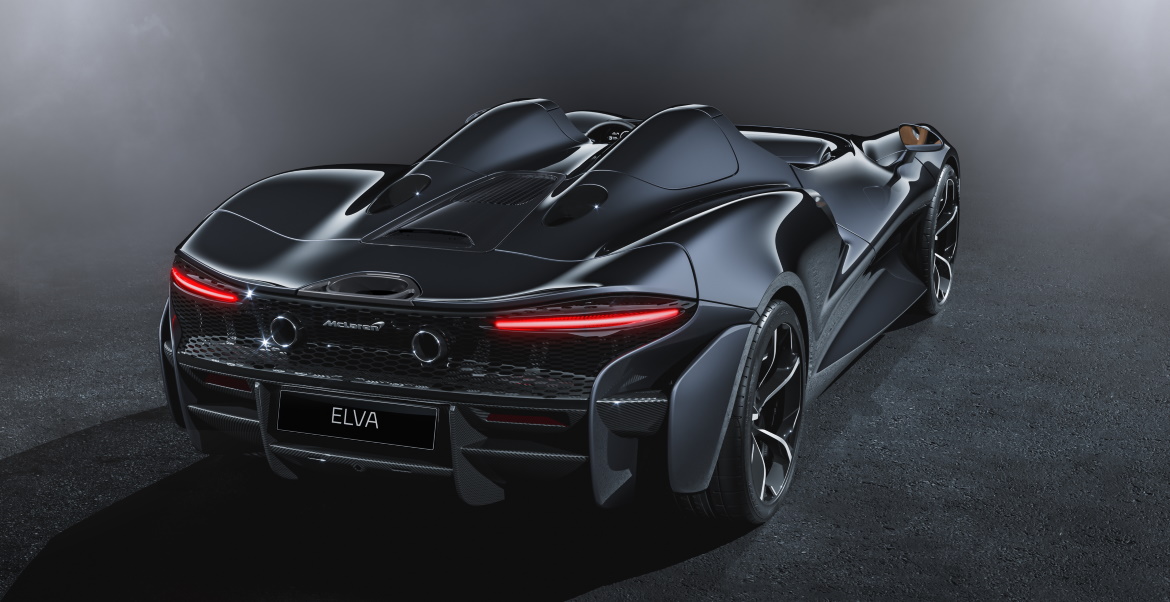 While ensuring the driver and passenger remain exposed to the elements, the sculpture of the wraparound upper cabin environment enhances the feeling of security and protection within a cocooned interior. A spar of carbon fibre additionally sweeps down from between the buttresses and runs between the driver and passenger seats to support a central armrest and cradle the engine start button and the controls for Drive, Neutral and Reverse functions. The lower area of each seat is marginally shorter than a conventional McLaren seat, allowing enough space within the footwells for driver or passenger to stand should they want to in order to enter or leave the vehicle.