The Fiat barchetta turns 25 years old. The little Italian spider project (complete design story on Auto&Design no.90), turns back the clock, even as far as 1948 when the term was coined for the Ferrari 166S, built by the Touring coachworks, inspired in its turn by the 1920s “bateau” style wooden-bodied roadsters, similar, that is, to watercraft. The car’s body, defined by soft-edged lines, undulated just enough to express dynamism without resorting to rounded forms, has a perimetral surface free of interruption, save for the cut of the doors. 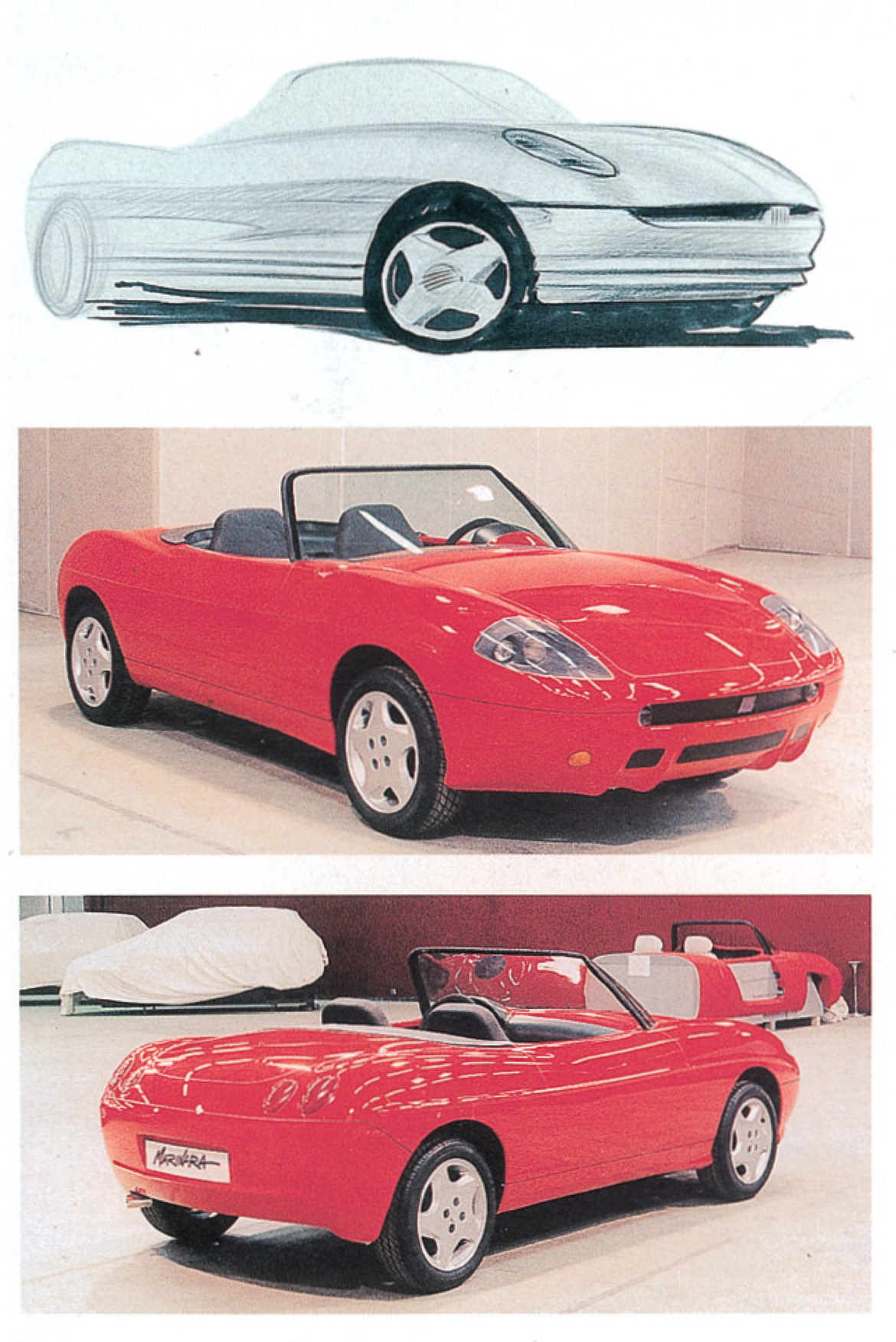 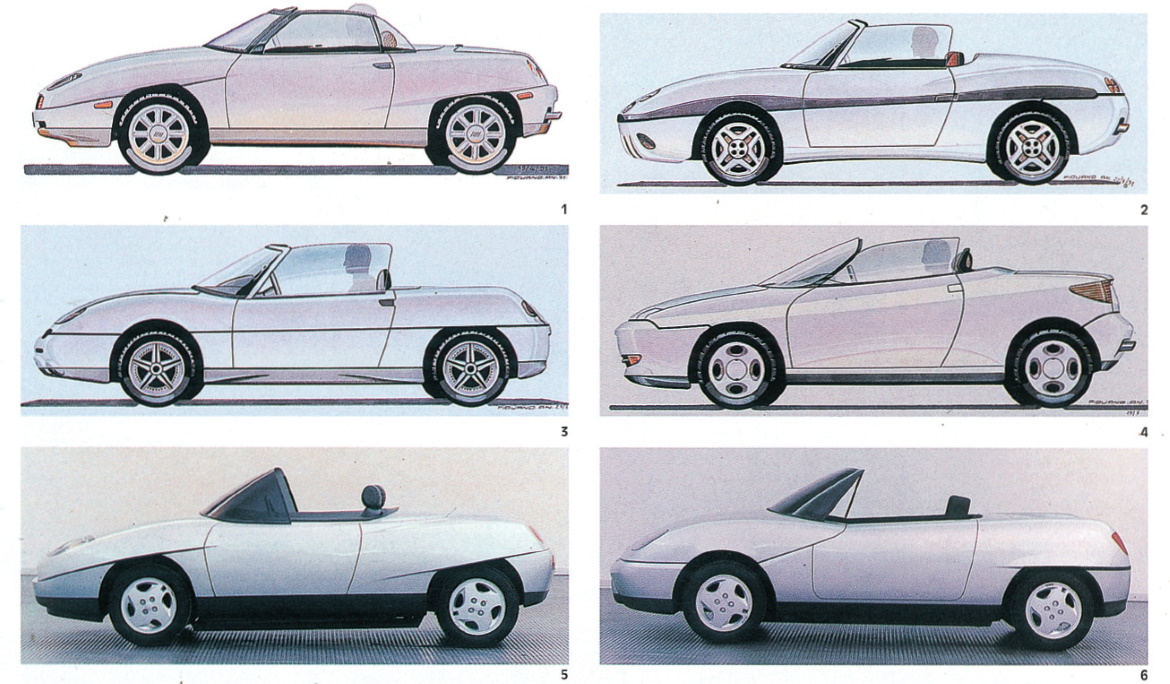 In this design of classic configuration detailing of a more retro flavor such as faired in headlamps, rod handles and steel wheelcovers, is inserted with discretion. The cabin of the car – built from the coachbuilder Maggiora – is a natural continuation of the exterior surfaces where sheetmetal penetrates at base of windscreen and door panels. To stow the hood, a rigid, body-coloured cover was realized. Analogue instrumentation on a white background is another reference to the car’s sports vocation.

The four initial proposals were identified by the names of different types of pizza: Marinara, Diavola, Atomica e Bismarck. An association of ideas with a colorful and creative, world-renowned, typically Italian and very expressive product as capable of communicating precise information on who creates it as who chooses it. The concept of the Marinara, chosen as stylistic theme of the future barchetta, was work of Andreas Zapatinas, project leader at that time. 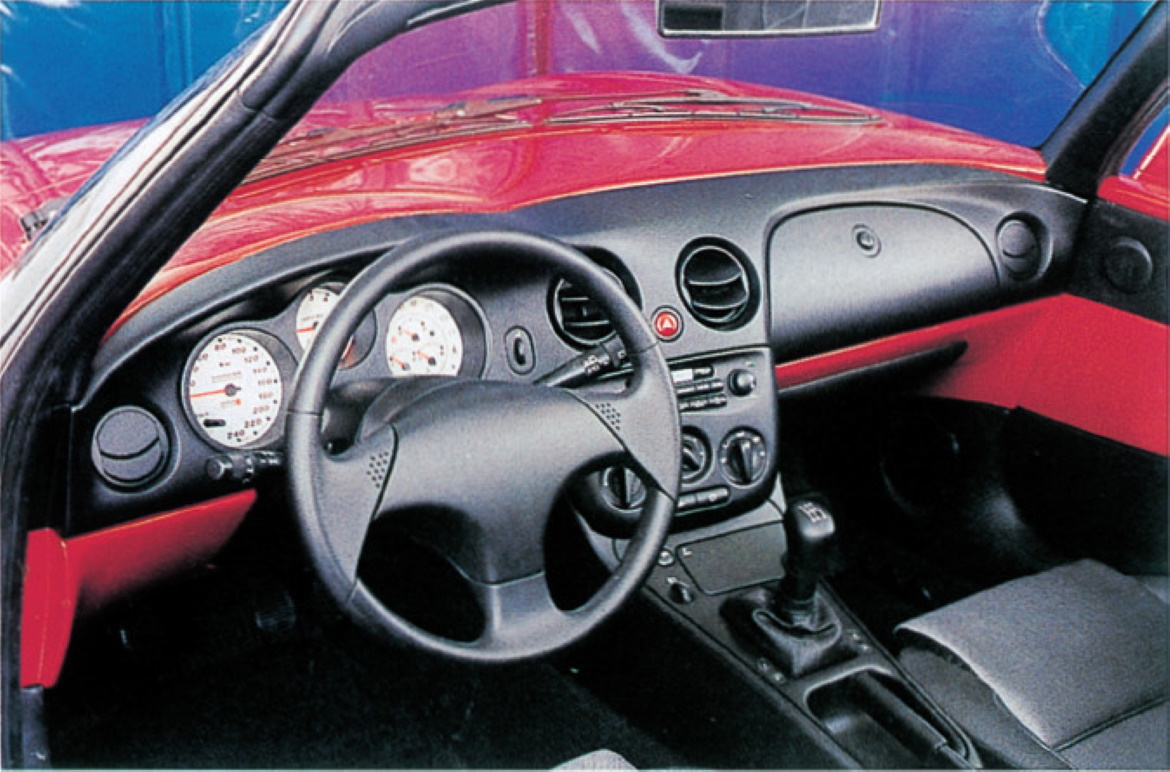 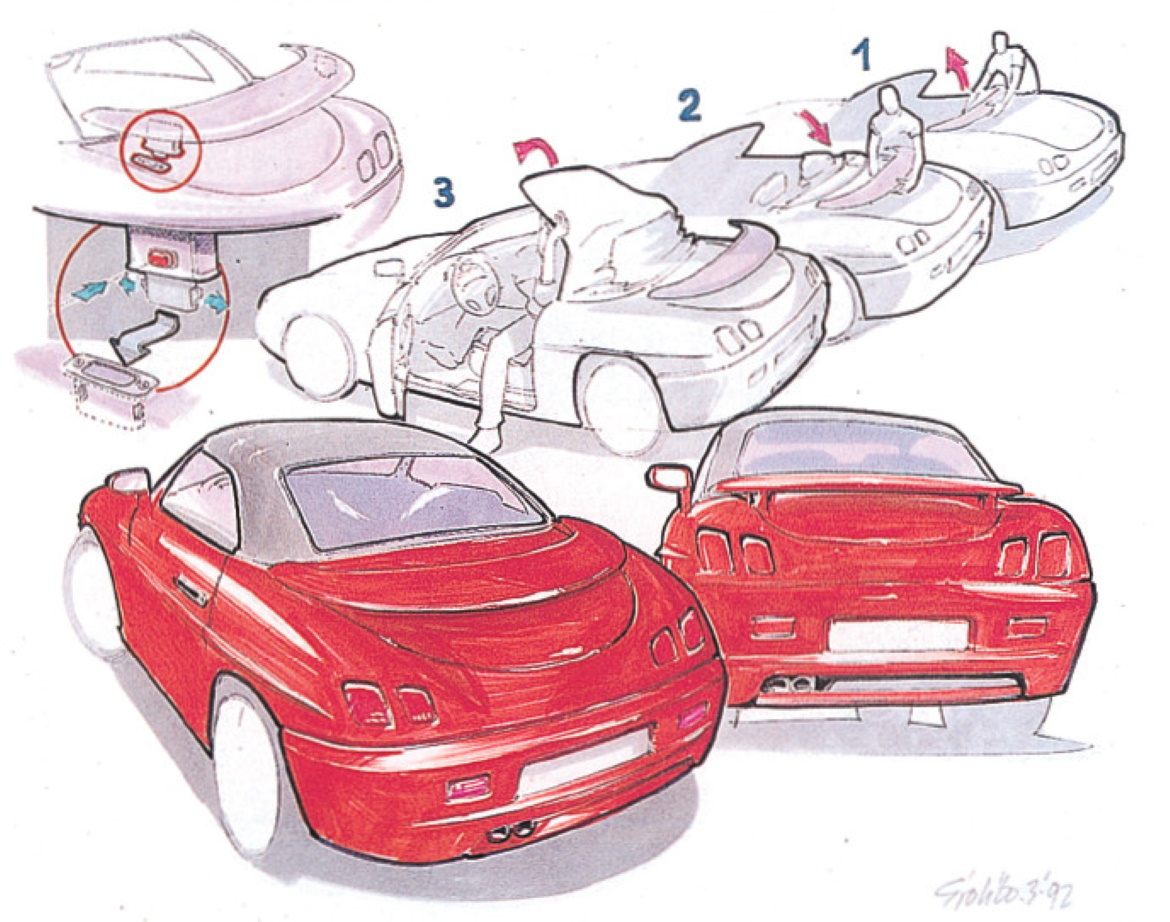 Began in early 1991, the “183 Spider” project was originally followed by Mario Maioli, at the time coordinator of Fiat Group design; by his successor Nevio Di Giusto, outgoing director of Fiat design; and by Chris Bangle chief designer for exteriors and later, in his turn successor to Di Giusto when Mario Maioli vacated the post. Throughout this turnaround in roles and responsibilities, Ermanno Cressoni, assistant in, and “soul” of the Centro Stile, continued his work as supervisor. Following the reorganisation of the Centro Stile, in 1992, the position was created of “chief designer cars”, a project leader who bakcs up and coordinates the activities of the two chief designers for exteriors and exteriors. At first this role was performed by Zapatinas, to be substituted later by Alessandro Cavazza. 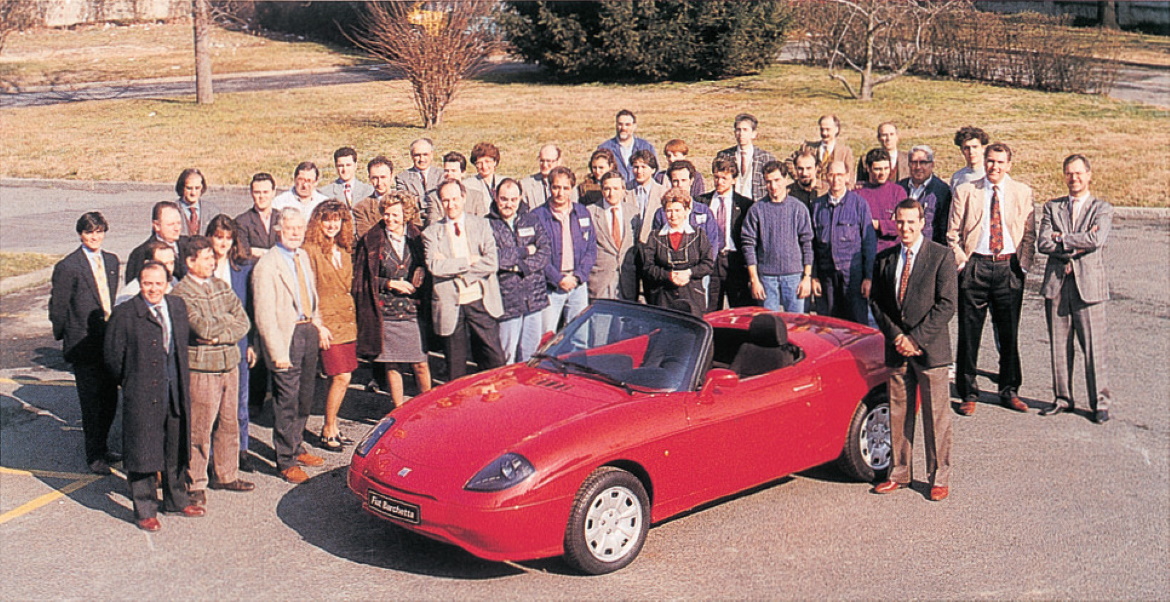