For several decades Citroën has jealously guarded the secrets of its style centre, always focusing on the surprise effect of the launch of each of its cars and never collaborating with outside designers, at least until 1972, when the Camargue, a dream car created by Italian designer Nuccio Bertone on the basis of the Citroën GS, which at the time had only been on the market for two years, was unveiled. The GS was the result of the working group of Robert Opron, hired by Citroën in the early 1960s as assistant to Flaminio Bertoni, who directed the Style Centre from the late 1920s until his death in 1964. Opron also oversaw other projects, such as the restyling of the AMI6, the Maserati SM power coupé and the Citroën saloon of the 1970s and 1980s: the CX.

The GS Camargue was the result of a challenge: to derive a two-seater sports sedan from the GS, with the not too hidden intention of showing the French manufacturer what the group of designers led by Nuccio Bertone was capable of. The designer who materially took care of the project was Marcello Gandini, who started working on the project between the end of 1970 and the beginning of 1971 and presented his project in 1972. The GS Camargue, a fully functional car, was presented in 1972 at the Paris and London motor shows. In the GS Camargue, the design team had succeeded in developing a compact coupé, making the most of the modern style and aerodynamic lines of the GS. 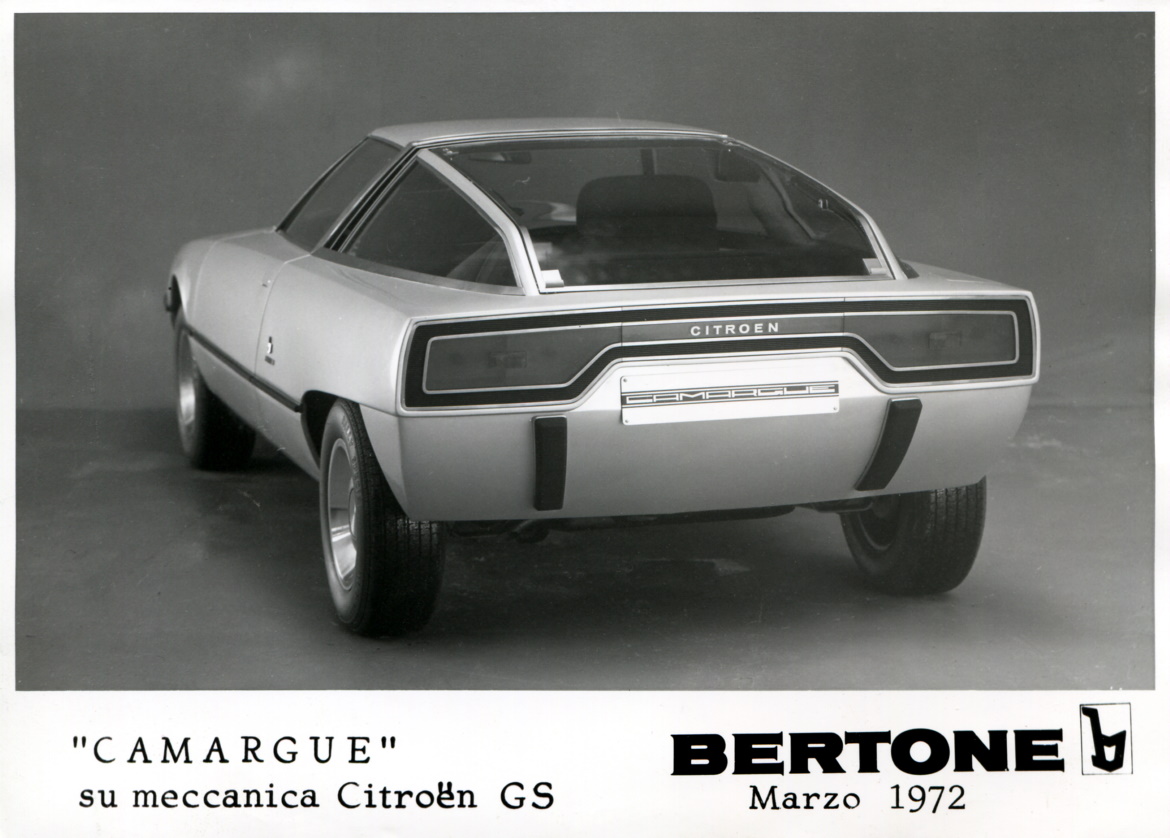 The smooth, tapered lines of GS Camargue gave it both elegance and dynamism. The lower trim than the GS gave GS Camargue a sportier driving position. The front end is characterised by an innovative design with very regular square geometric lines. The aerodynamic body profile is very fluid and smooth, underlined by the continuous roof line that flows into the steeply sloping rear window for a very tapered design. 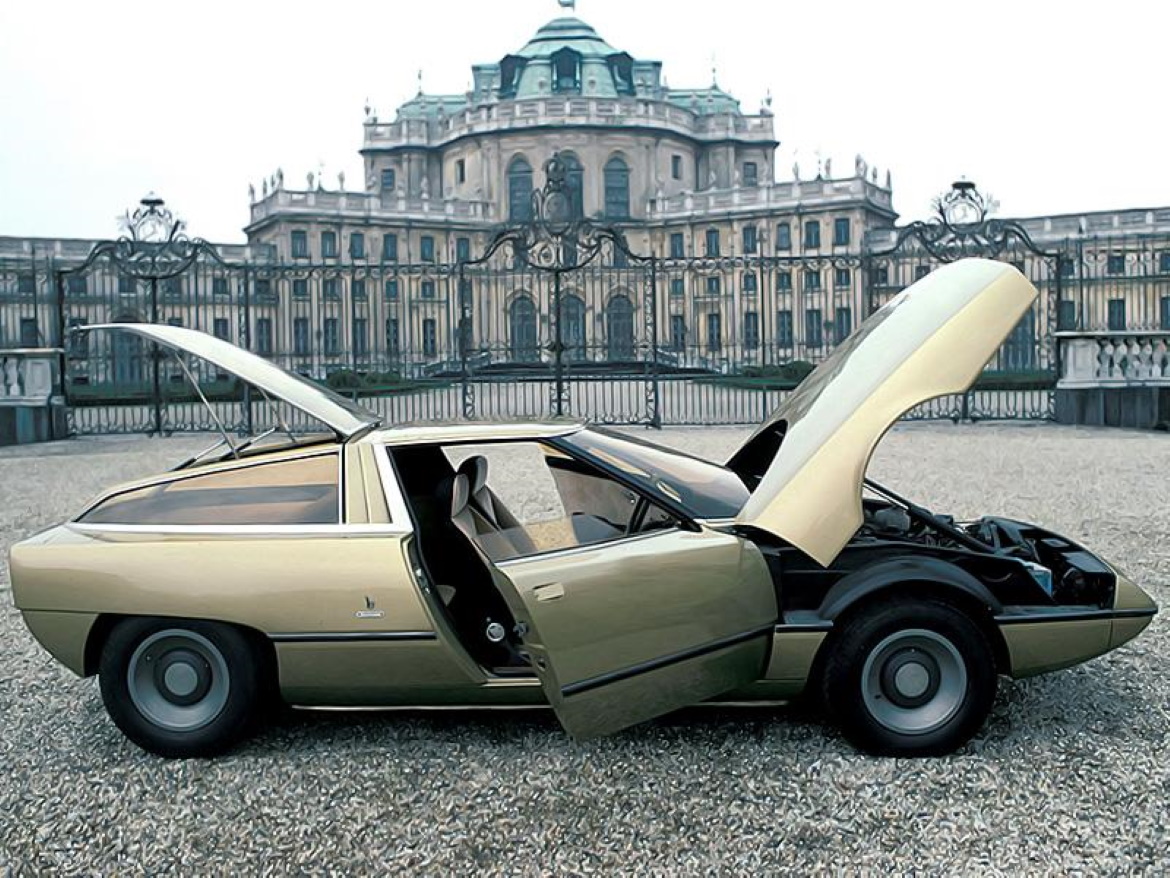 The rear part stands out for the light clusters that extend across the entire width of the bodywork forming an aerodynamic spoiler and for the very wide glass rear window and the curved development, integrated into the opening hatch, a sort of innovative glass capsule that makes the interior totally visible. The spacious and bright interior offers excellent roominess for the two occupants, thanks to wide and enveloping seats. The hydropneumatic suspension provided excellent comfort and at the same time excellent road holding. Citroën came up with the idea of mass-producing a coupé derived from the GS, but the saloon’s success was so great (almost 2.5 million units produced) that it did not recommend any intervention on the “medium”, the heart of the range, of the Double Chevron.