The Volkswagen ID.4 is Volkswagen’s first electric SUV and second model built on the German group’s modular MEB platform. The styling of the car, overseen by the design centre headed by Klaus Zyciora, is characterised by athletic shapes, full volumes and substantially soft lines. Traits that have led to the achievement of an excellent result: 0.28 of air resistance coefficients. The front without radiator grille is dominated by headlights which, on request, can be interactive, welcoming the driver on arrival and generating an intelligently controlled beam of light. 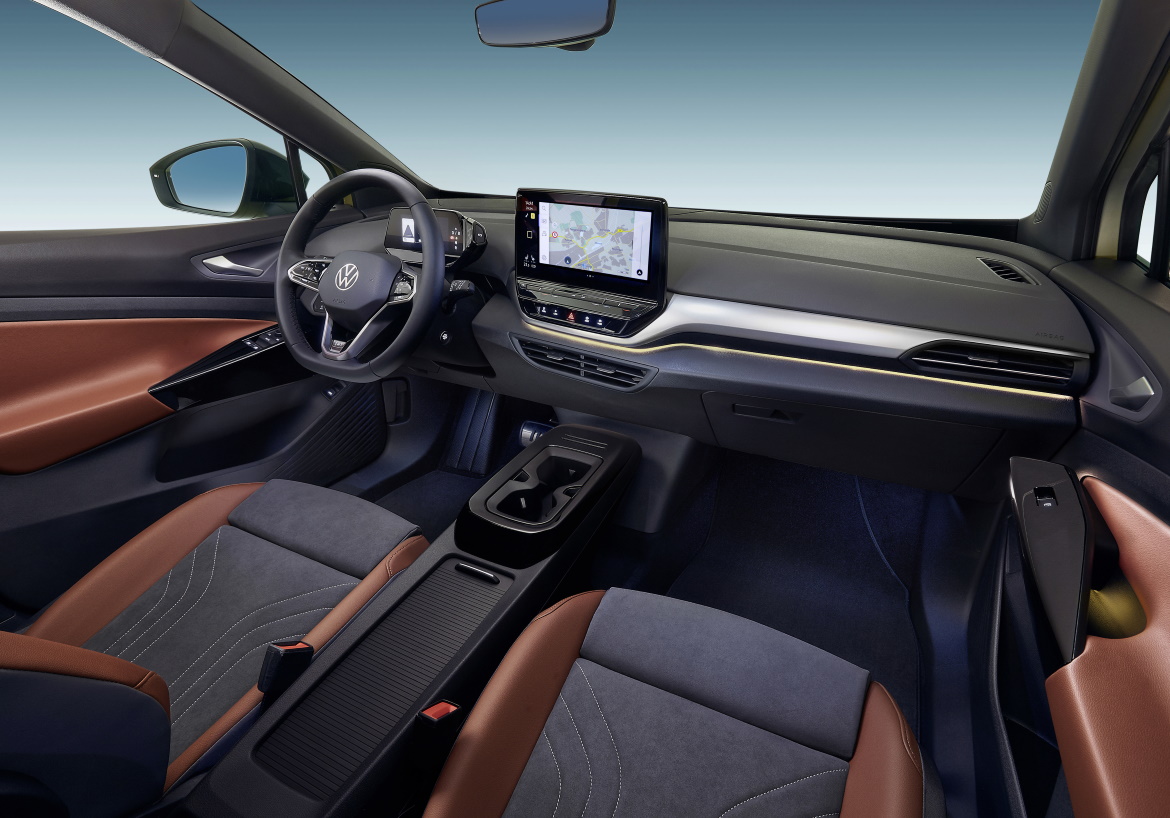 A circular line starts at the front, which rises up on the side and runs around the rear and returns to the starting point. This is one of the stylistic themes that we will find in all models in the ID family (the Volkswagens built on the MEB platform) and which already characterises the ID.3, the first-born saloon. The softness of the surfaces is returned to the rear, characterized by a single line of LEDs that crosses the ID.4 in all its width. 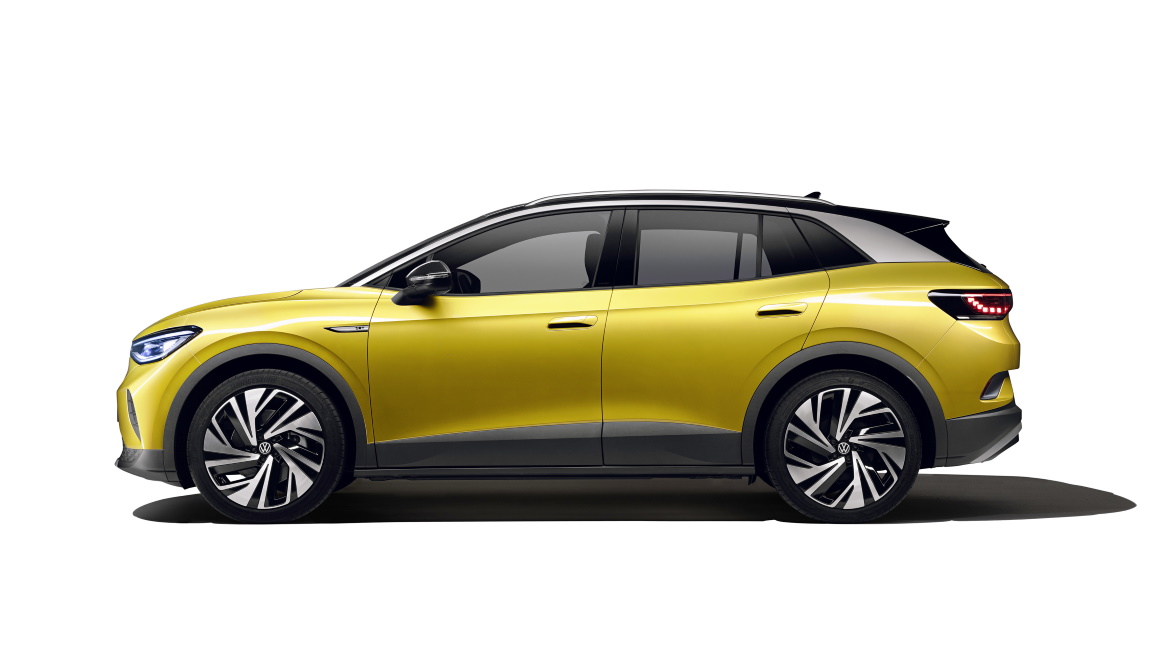 The rational and modern interiors take up what was previously seen on the ID.3. The car’s functions can all be controlled by two displays, the first in the centre of the dashboard (10 or 12 inches depending on the version) transmits the infotainment system, the second 5-inch display positioned in front of the driver conveys essential instrumentation information. An optional head-up display capable of projecting 3D information onto the windscreen using augmented reality technologies is available.

The Volkswagen ID.4 brings with it all the good features of an electric car. The batteries positioned along the entire floor and the engine positioned in front of the rear axle have allowed an excellent use of space, thanks to a long wheelbase and short overhangs. According to the German manufacturer, the 4.58-metre long car offers the interior space of an upper segment model.