The Ferrari 296 GTB, the latest evolution of Maranello’s mid-rear engined 2-seater sports berlinetta concept, has been unveiled at a digital event. The car represents a real revolution for Ferrari as it introduces a new powertrain alongside the 8 and 12 cylinder engines, namely a 663 hp 120° V6 turbo coupled with an electric motor capable of delivering an additional 122 kW (167 hp). This is the first 6-cylinder engine in history for a road car bearing the Prancing Horse logo: its total 830 bhp delivers unparalleled performance with an innovative, exhilarating and unique sound. The plug-in electric system (PHEV) of the 296 GTB guarantees extremely high usability, zero pedal response and 25 km of full-electric range. 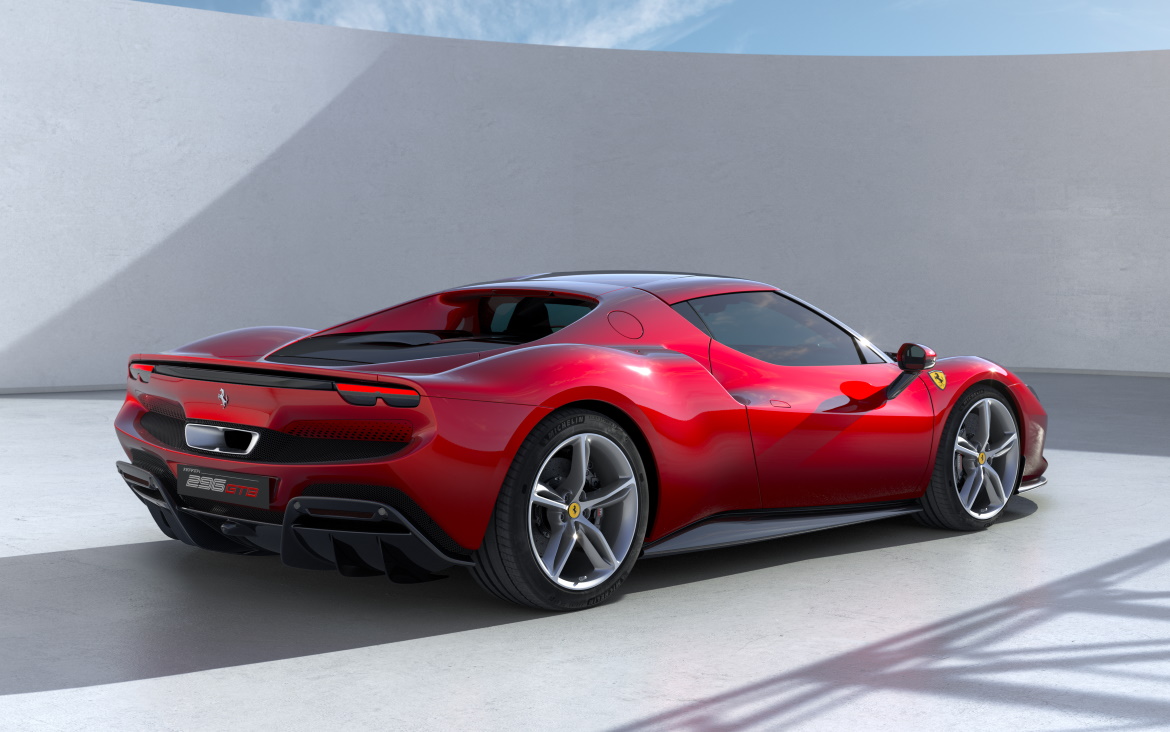 The design of the 296 GTB stems from the desire of the Ferrari Style Centre’s designers, directed by Flavio Manzoni, to redefine the concept of the mid-rear-engined berlinetta by giving the car a compact, modern and original line. With its short wheelbase and monolithic appearance, it is Maranello’s most compact berlinetta of the last decade. The typical fastback layout has been abandoned in favour of a cabin that is set within a powerful volume, the result of the short wheelbase and the composition of elements such as the muscular wings, the visor roof, the rampant arches and the unprecedented vertical rear window. These shapes give rise to a cabin that dominates the overall perception of the car. 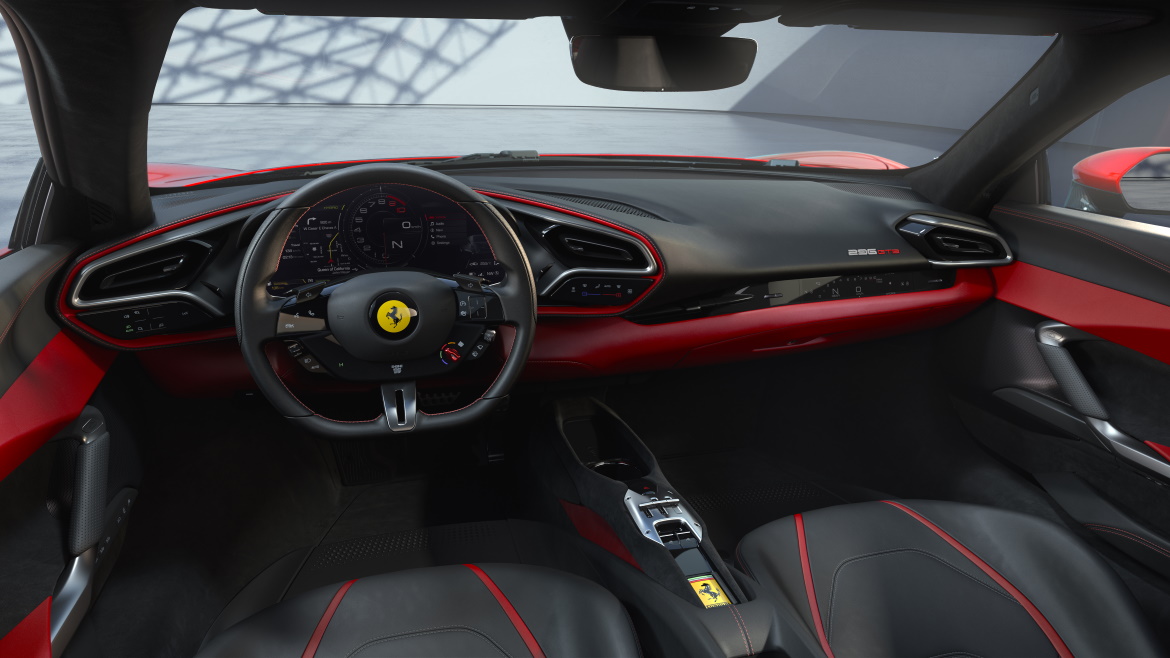 The side reveals the elegance of the 296 GTB and the sinuous musculature of the wings. More decisive traits run along the doors, underlined by a clear line that grafts onto the air intakes from which a sort of muscle extrusion is generated. The rear wing fits into this, its cross-section designed to ensure that the flow of air to the spoiler reaches the flow rate necessary to produce the required aerodynamic performance. 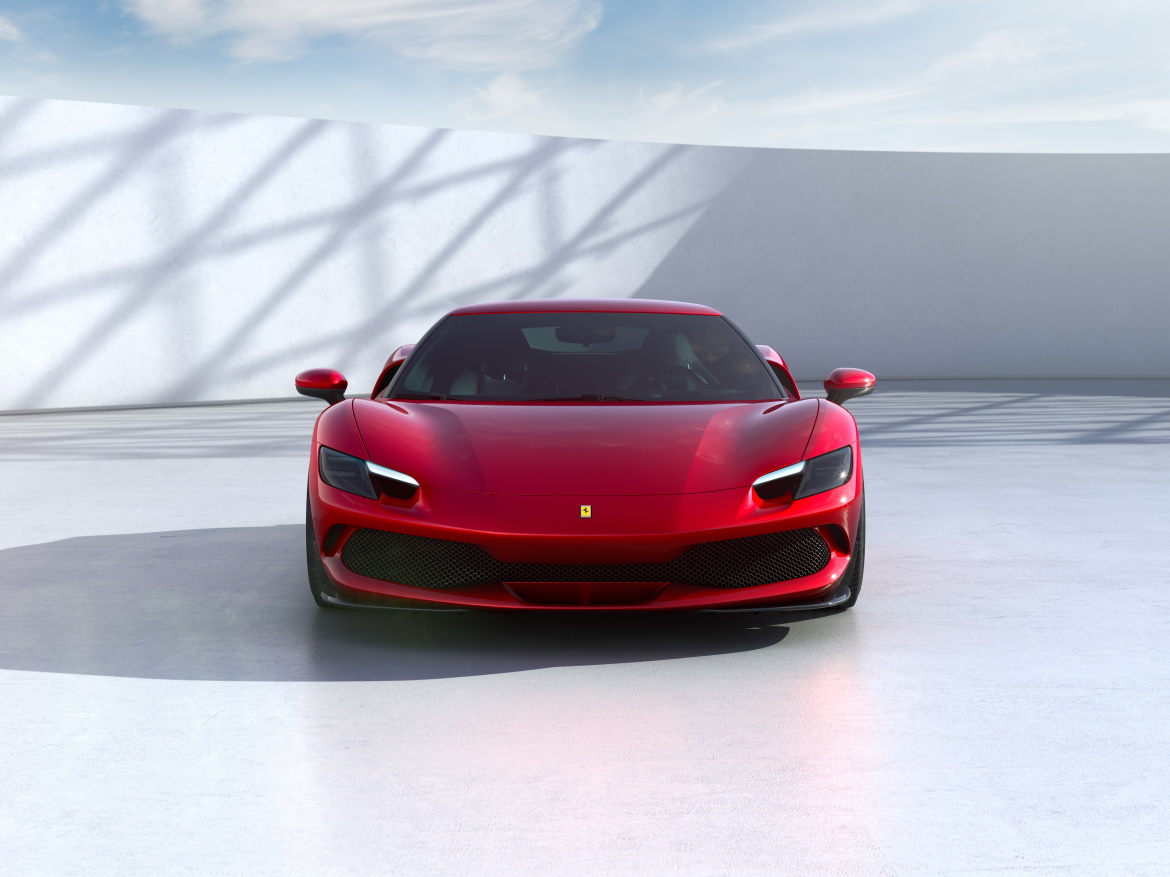 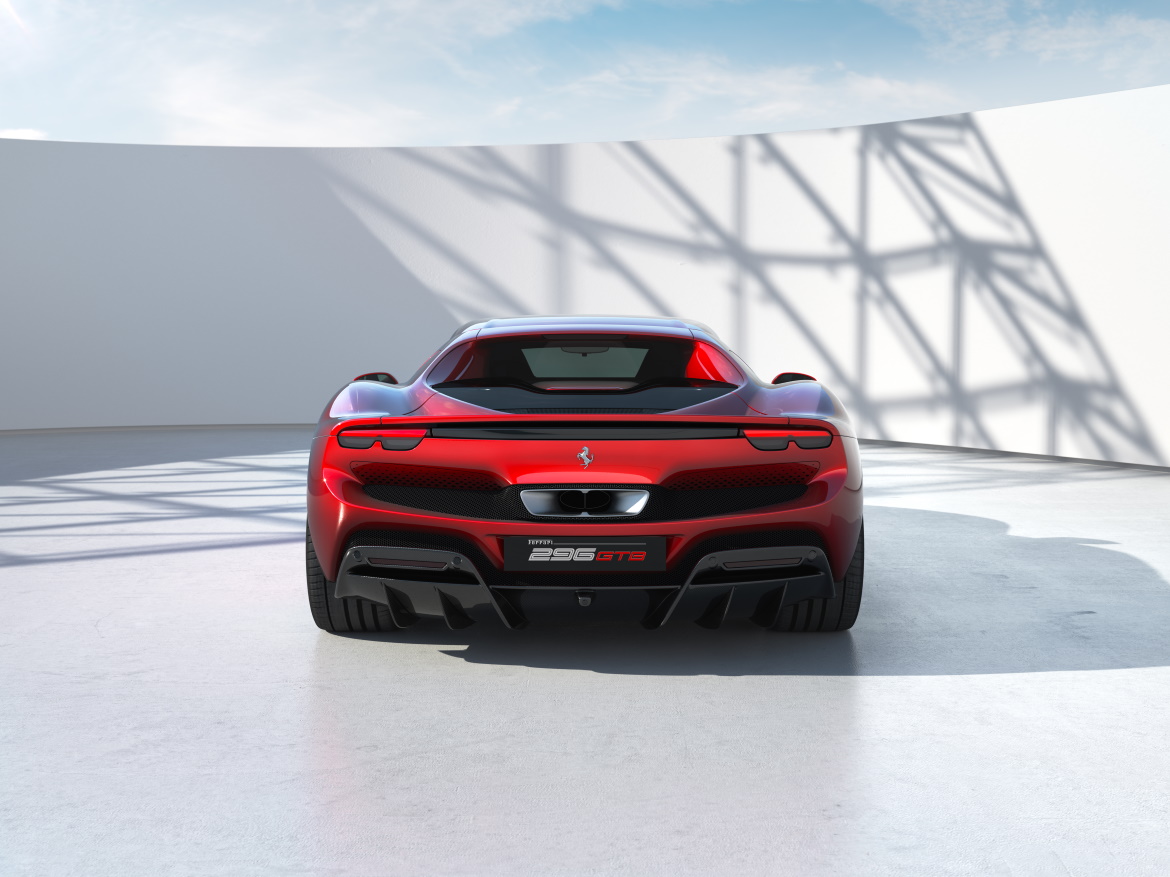 The 296 GTB’s cabin is built around the full-digital interface introduced on the SF90 Stradale, and it is the aesthetic coherence with the latter that gives rise to its shape. However, while the SF90 Stradale emphasised advanced technology and a break with the past, the 296 GTB sought to assimilate the technical content into a refined look. The resulting connotation is pure and characterised by considerable elegance, as well as being consistent with the design of the exterior. The interior of the 296 GTB emphasises the concept of formal cleanliness through a simplification of forms that integrates the technological content within sober upholstery. The displays in the passenger compartment also amplify the minimalist effect of the cabin, whose undisputed protagonists are the furnishings. The finishes, in fine Italian upholstery, are enhanced by noble technical materials for the functional components.