“THE ALFA ROMEO OF THE FUTURE”, EXCLUSIVE INTERVIEW WITH ALEJANDRO MESONERO

Passion and determination have always guided the work of Alejandro Mesonero-Romanos, head of Alfa Romeo design since last July after more than 10 years at Seat and Cupra and a short period as head of Dacia design.

The Spanish designer will have to give a new face to Alfa Romeo taking the brand into a future that soon will be electric-only. He works at the Alfa Romeo Centro Stile in Turin, together with about thirty designers on many different projects. Alfa Romeo will introduce from 2022 a new model every year until 2026.

Here is a preview of the first interview released by Mesonero-Romanos since he came to the helm of Alfa design. The full text will be published on A&D Issue251 in November. 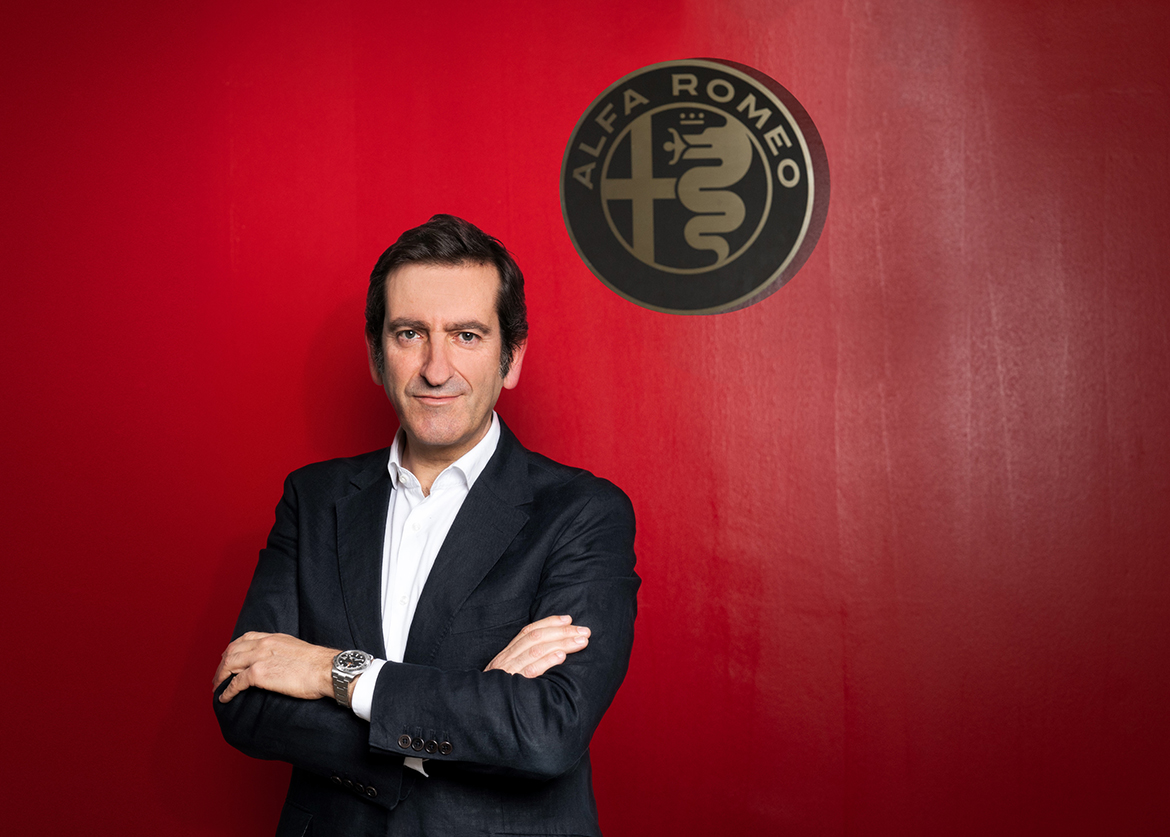 Alfa Romeo has an important heritage, what are the models from the past to take inspiration from?

“This brand has an incredible history and a larger number of fans than any other brand in the world. It is therefore important to establish a connection with history and with the models that have contributed to creating the myth: from the Montreal to the Giulia GT to the 2000 Bertone Sportiva designed by Franco Scaglione. I have my desk literally invaded by images and books of models from the past, but our task is to take Alfa Romeo into the future.”

“We are not, therefore, doing a retro design operation, but we are isolating the fundamental stylistic elements common to all the projects to evolve them in an innovative way with great passion. I’m not scared of new ideas, but of old ones. When you have so many beautiful cars the real challenge is to find the right balance between past and future.” 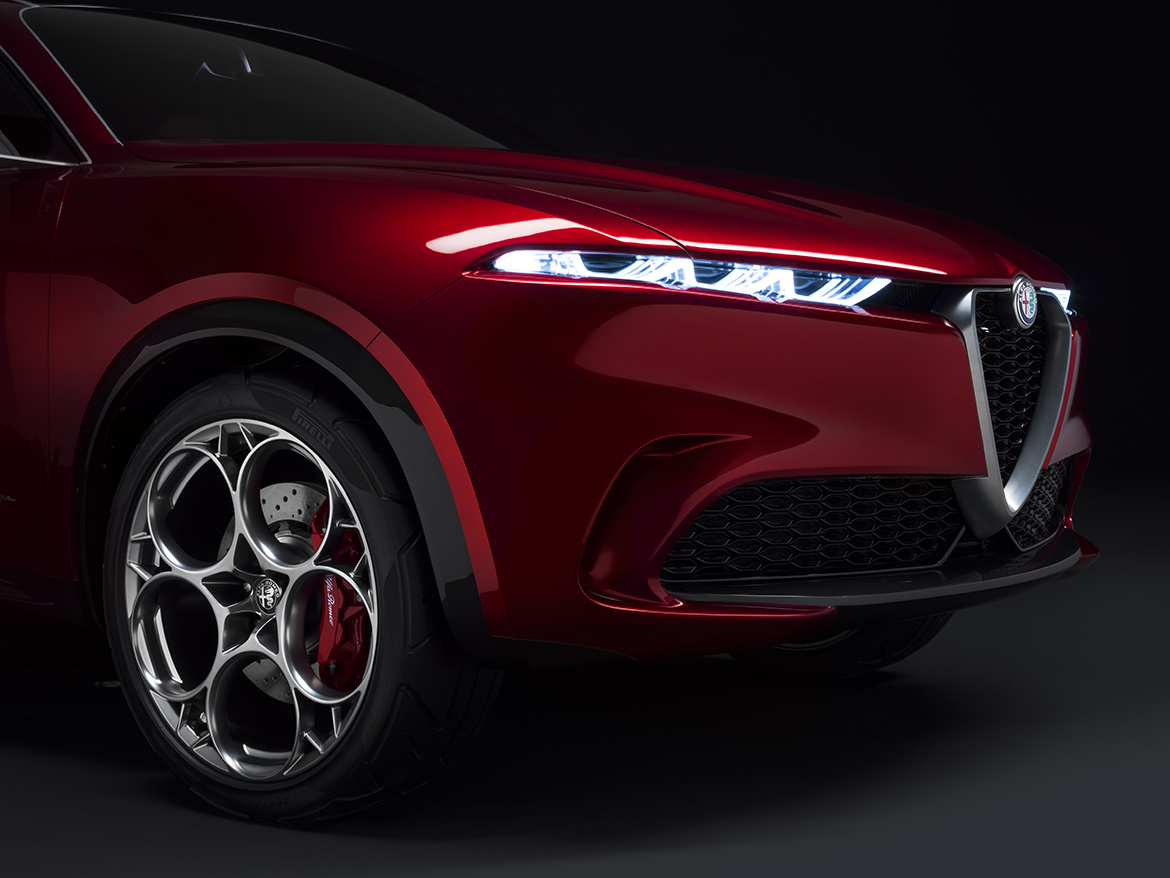 What are the stylistic elements that you believe are unmissable for an Alfa Romeo that we will always find on future models as well?

“Each Alfa Romeo has its own identity while having a strong connection with the other models. Starting from the front, obviously, it is impossible not to mention the “scudetto”, whose interpretations have changed over the years, but which remains the main element of the front. There is no other brand in the world with such a distinctive front element. The same concept applies, for example, to the wheels: we are working on an evolution of the legendary circular bubble design. We have seen its latest interpretation on Giulia and Stelvio.”

“There are immortal styling details in the interior as well, such as the binocular shape of the instrument clusters. In the next models, analog will give way to digital, but this will not affect its general shapes. In short, the Alfas of tomorrow will have a certain familiarity with the past, but will look strongly to the future”.

It has been announced that in most markets from 2027 Alfa Romeo will become an electric-only brand. How will electrification affect the design of upcoming models?

“We will be working on Stellantis Group electric platforms of different sizes. We will use the STLA in Small, Medium and Large versions and our styling approach will seek lightness. The shapes of our cars will communicate lightness. Imagine having a model and trying to take all the air out of its shape: what you get are sculpted surfaces and precise volumes.” 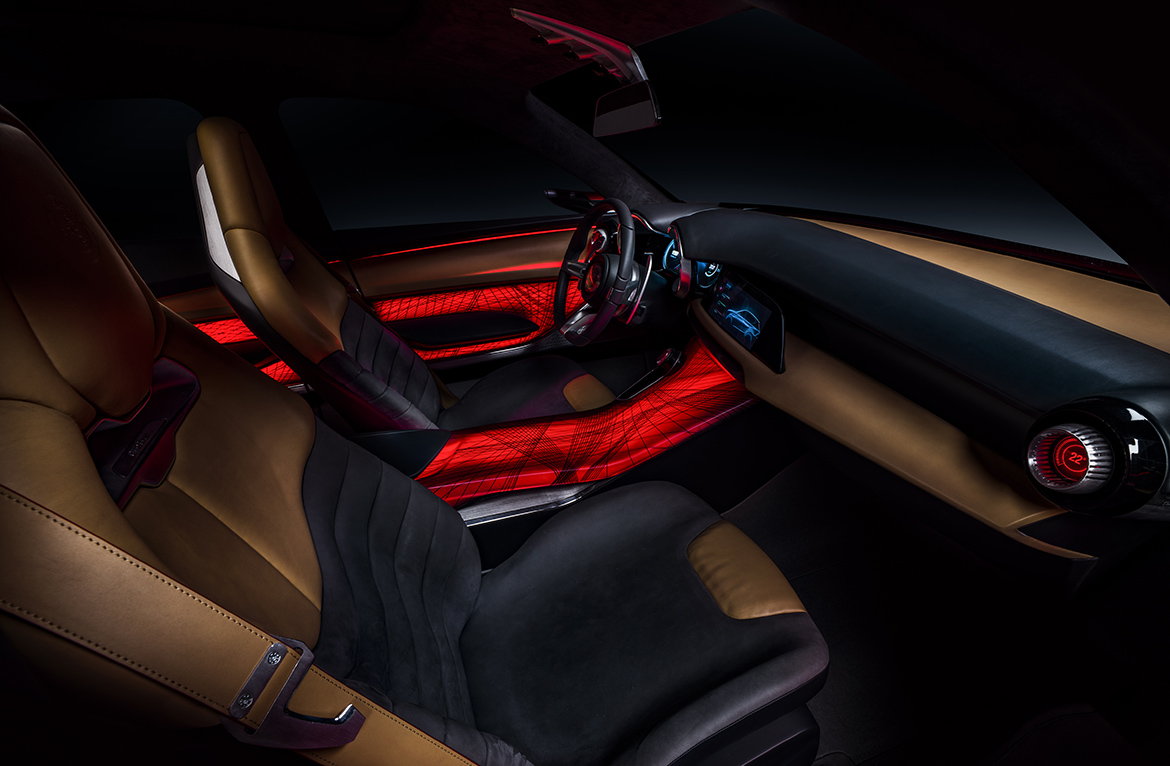 What do you think is the architecture that an Alfa Romeo enthusiast expects?

“We are working on a complete and articulated range of architectures. We will have cars that are particularly consistent with market demands such as SUVs and crossovers, but our intention is to also offer more niche models that touch the hearts of enthusiasts. When I arrived, the Tonale was basically finished and ready, today we are working on the compact crossover. We will also return to collaborating with some Italian coachbuilders, re-establishing a typically Alfa Romeo tradition. We will also have concept cars that will not be exercises in style but will be directly related to the mass-produced products in the pipeline”.