Ferrari presents the BR20, the latest in the One-Off series of the Prancing Horse. The car thus becomes part of the most exclusive group of the entire Ferrari production, i.e. those unique models that are forged around the requests of a single customer and designed by the team led by Flavio Manzoni starting from his requests. The BR20 is a two-seater V12 coupé developed from the GTC4Lusso, whose philosophy and stylistic approach recall the Ferrari coupés of the 50s and 60s without giving in to nostalgia, but rather succeeding in combining timeless elegance and discreet sportiness. 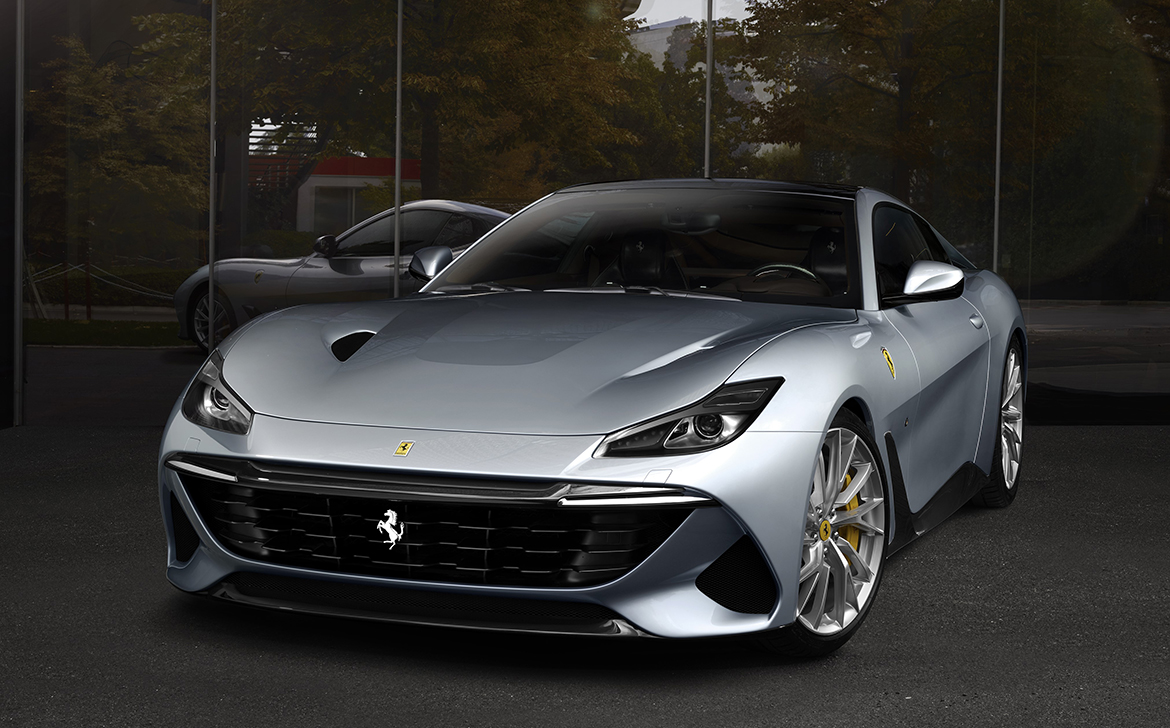 In fact, the car winks at the proportions and elegance typical of some of the most iconic twelve-cylinder cars in Ferrari history, including the 410 SA and the 500 Superfast. Compared to the GTC4Lusso, the two rear seats have been removed to create a more dynamic line with an accentuated fastback effect. One of the key points of the BR20 design process was the radical variation in the volume of the passenger compartment, thanks to which the designers were able to imagine innovative proportions aimed at creating a design theme for the exterior of great strength and stylistic coherence. 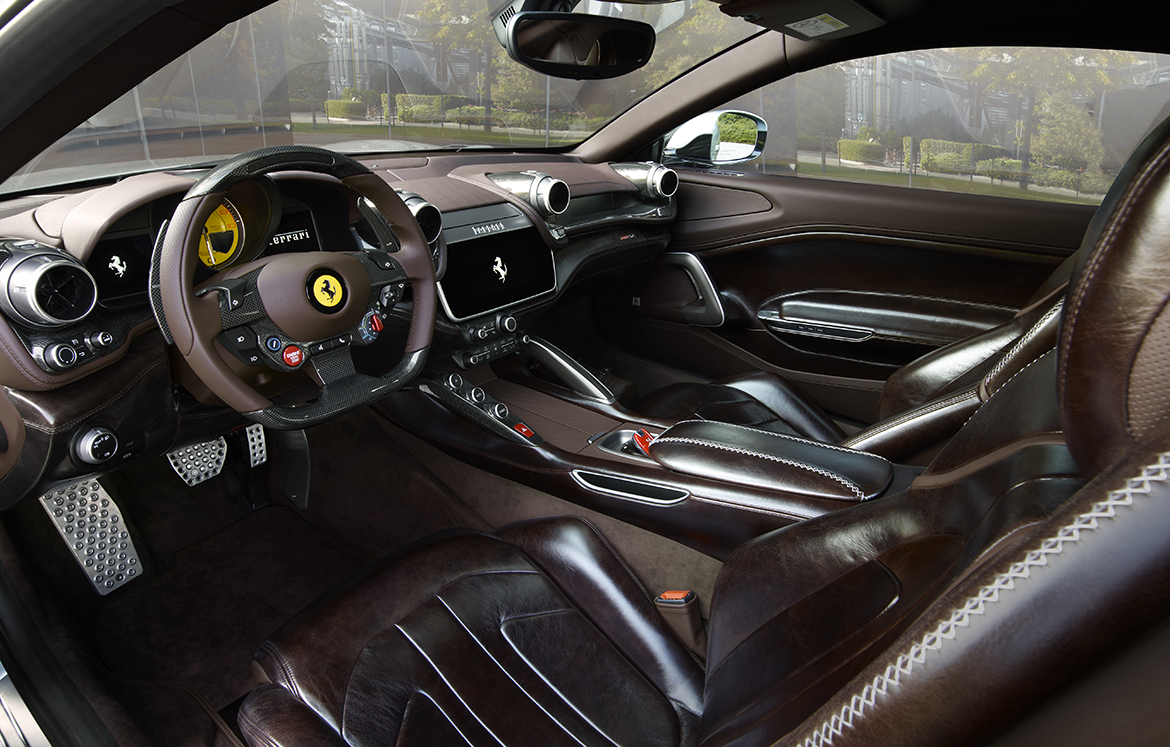 The solution adopted for the shape of the passenger compartment creates an effect similar to that of a pair of arches running lengthwise from the A-pillar to the rear spoiler. The rear volume of the arches has been hollowed out to create an aerodynamic channel whose outlet is concealed by the black rear fascia beneath the spoiler. This modern reinterpretation of the flying buttress theme dear to Ferrari binds the car to the characteristic stylistic features of the Cavallino, both in the GT tradition and in that of the brand’s sports cars, such as the 599 GTB Fiorano. 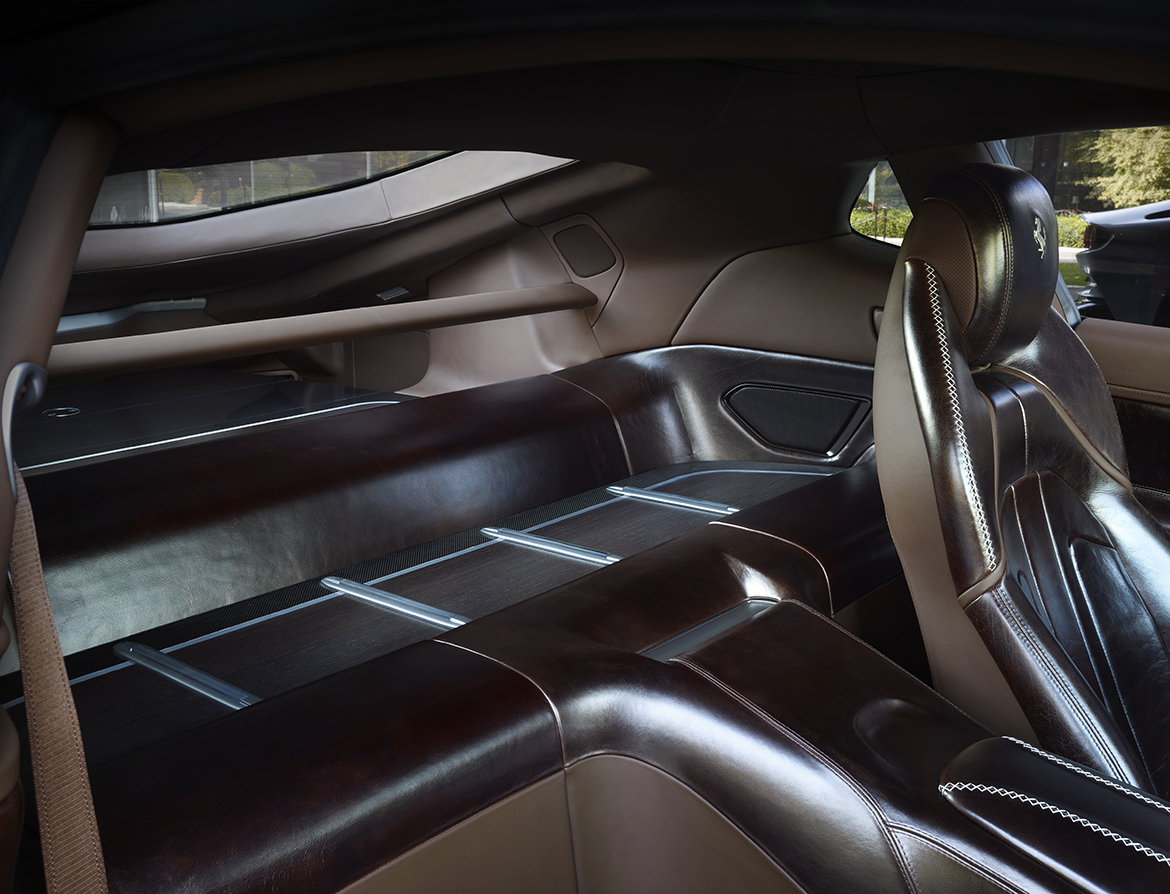 The interiors are no less impressive, featuring a combination carefully studied in accordance with the customer of leather in two shades of brown and carbon fiber. The seats upholstered in Heritage Testa di Moro leather feature an exclusive pattern on the front on the front mirrors part and silver cross stitching embroidered on the shoulders. The cabin is composed of a single volume from the windshield to the rear cargo area to provide occupants with a uniquely light and airy feel. Oak upholstery with carbon fiber inserts adorns the rear bench seat, interior handles and reclining floor pan that can conceal a deep cargo area.