The Eicma motorshow in Milan 2021 was an opportunity for Honda to unveil a celebratory version of the Fireblade. Since its first introduction in 1992, this bike has always evolved to remain a reference among supersport bikes. Used by teams around the world as a base model to build competitive racing versions, it has also wowed in endurance and road races such as the Isle of Man Tourist Trophy. 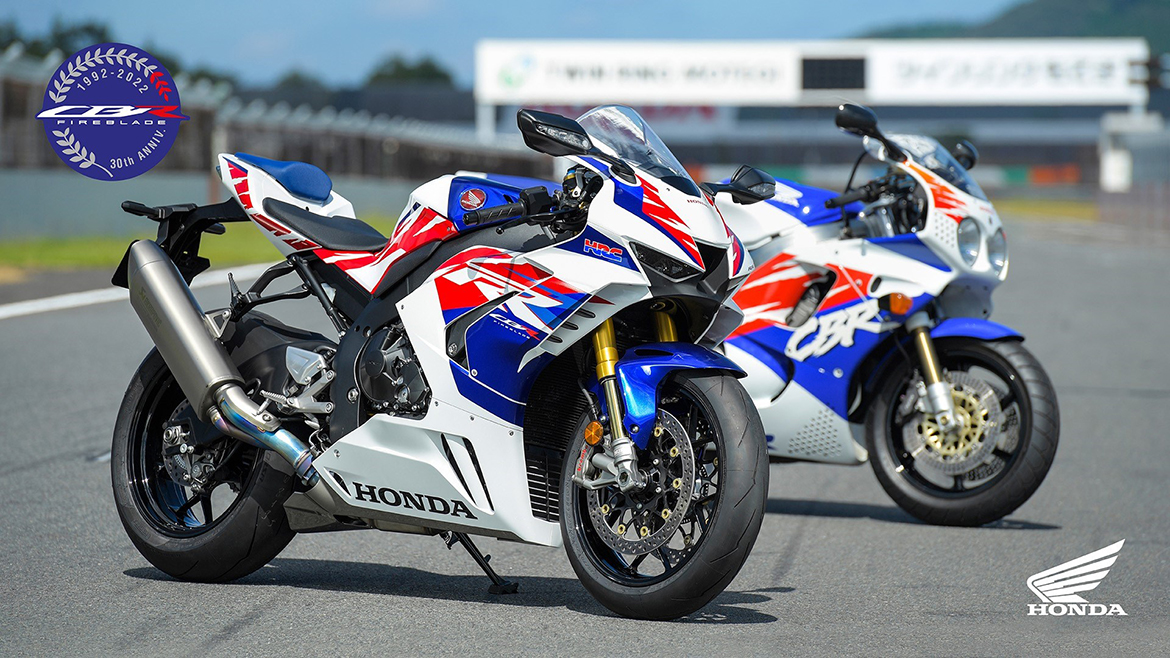 For the 2022 version, the objective of the development team was to confirm the Fireblade as one of the best production superbikes on the market with targeted interventions on the engine, electronics and, in the case of the base version, the braking system. 2022 is an important year for Honda and its Fireblade also because it celebrates the 30th anniversary of the birth of this super sport bike. For this reason, the SP version is also offered in a celebratory livery inspired by the first model, the 1992 CBR900RR FireBlade. Thirty years after designing the original 1992 FireBlade, designer Hiroaki Tsukui returns to transfer that look to the iconic tricolor livery of the new CBR1000RR Fireblade SP 30th Anniversary.