A statement of intent that looks to the future in a bold design language and a seductive ruby-coloured livery. The MG Cyberster, a two-seater 100% electric spider concept, was spawned by the synergy between the two Saic advanced design centres in Shanghai and London. The result is a futuristic vision responding to the criteria of “Energetic Romanticism”, the Chinese brand’s new design philosophy. And this car is the expression of an aesthetic-formal manifesto based on the evolving concept of emotional dynamism that has guided the make’s projects to date. 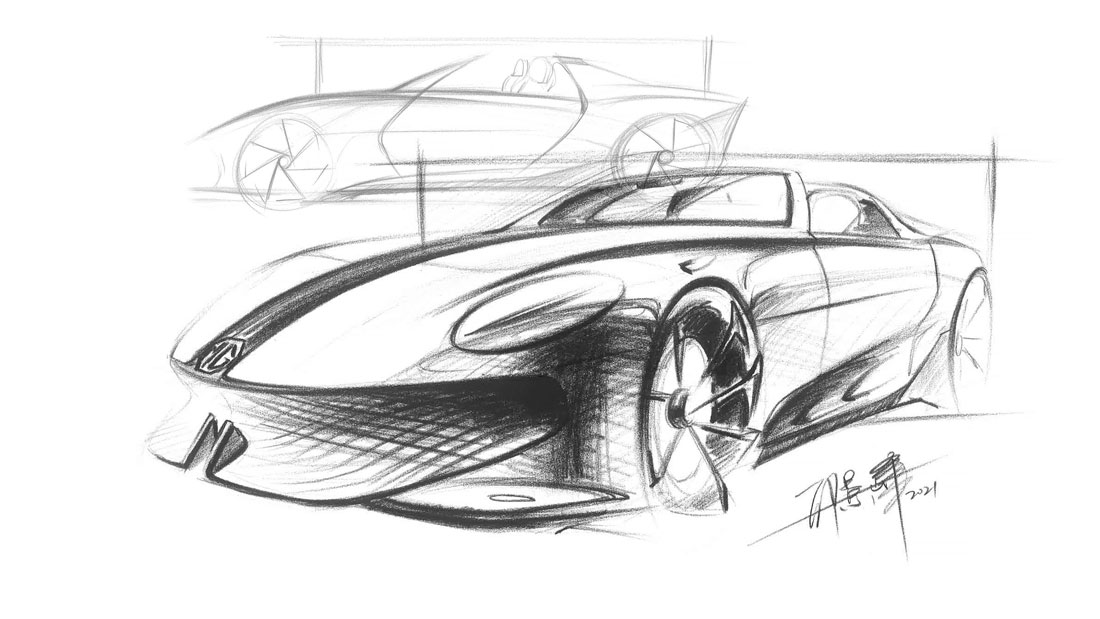 “Emotional connection”
“We want MG customers to have a sort of emotional connection with our brand and this car is meant to represent that connection”, says Carl Gotham, Advanced Design Director at Saic’s London style centre. But what was the main goal in designing the MG Cyberster? “The design of a futuristic sports car is an idea we have been working on for a long time, driven by the realisation that MG’s heritage is built around small, fun sports cars, unforgettably appealing icons of the past, and the timing was right for us to redefine what this legacy meant for the future of the MG brand as an innovative EV “, adds Gotham. 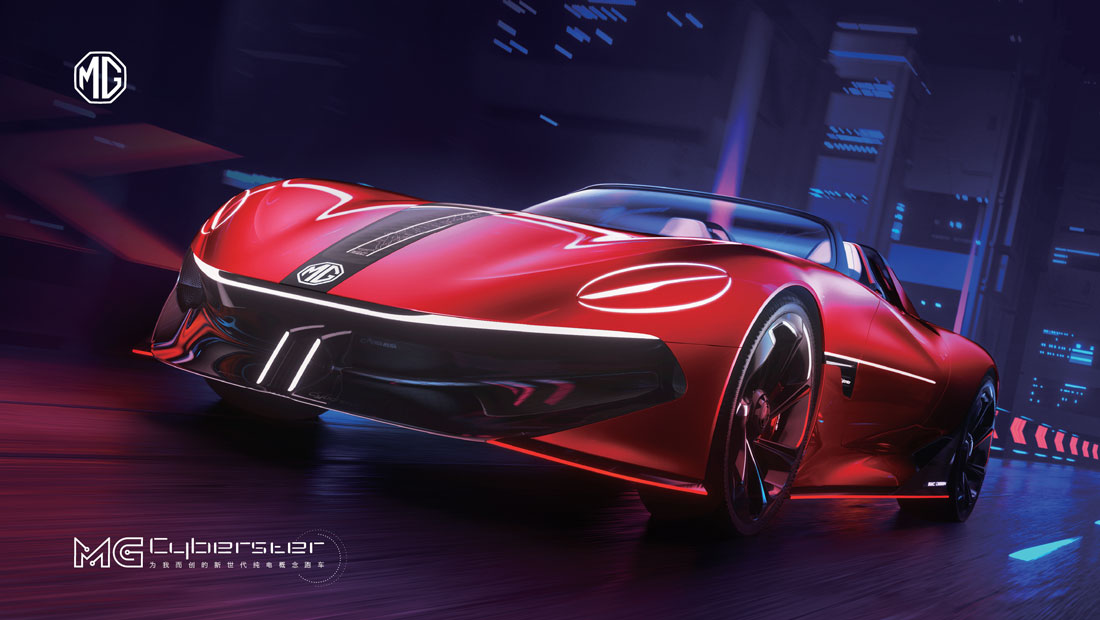 Link between past and future
“The design of this concept thus represents the balance between these two elements. Sports cars are the lifeblood of MG style, and the Cyberster is the link between our past and our future. A true British sports car, driven by cutting-edge technology, it strongly expresses our emotional side. The development of the car was global, with Saic’s style centres in Shanghai and London working in synergy at all stages. 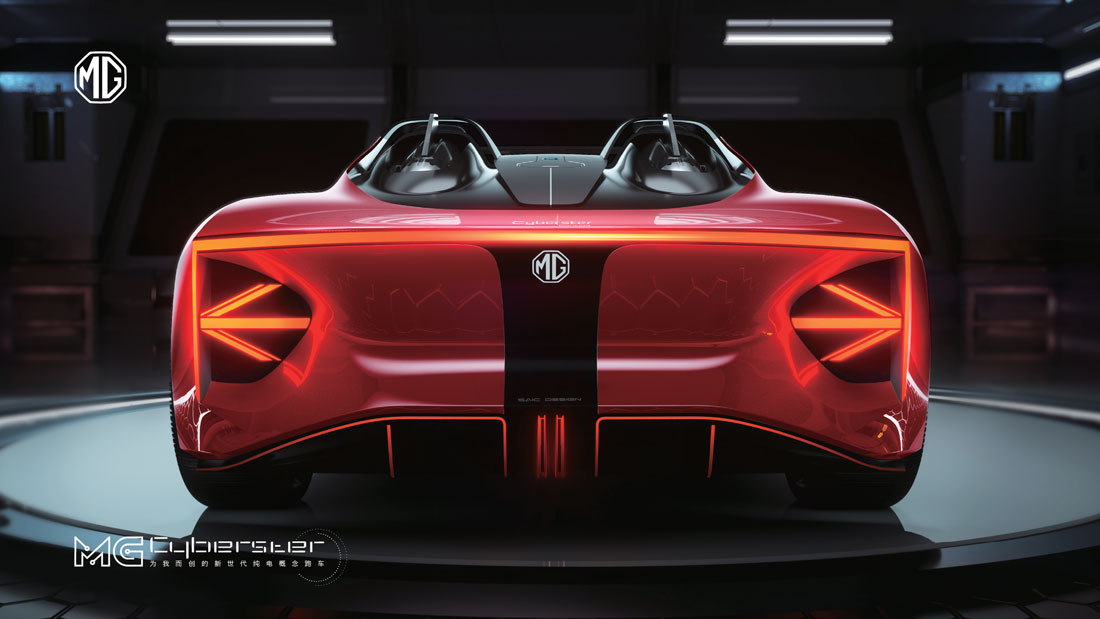 A look into the brand’s legacy
The first studies, using an advanced design approach, were done in the UK, where the designers were able to draw most heavily on the heritage of the MG brand and the principles of ‘European driving culture’, dominated by a passion for motoring and the important role that sports cars have played in the history of this continent.
The design was developed along two parallel paths, on the one hand the definition of the exteriors, carried out almost entirely in the U.K. from sketching to digital and scale modelling, up to the final stage, during which several members of the British team flew out to Shanghai to work alongside the Chinese. 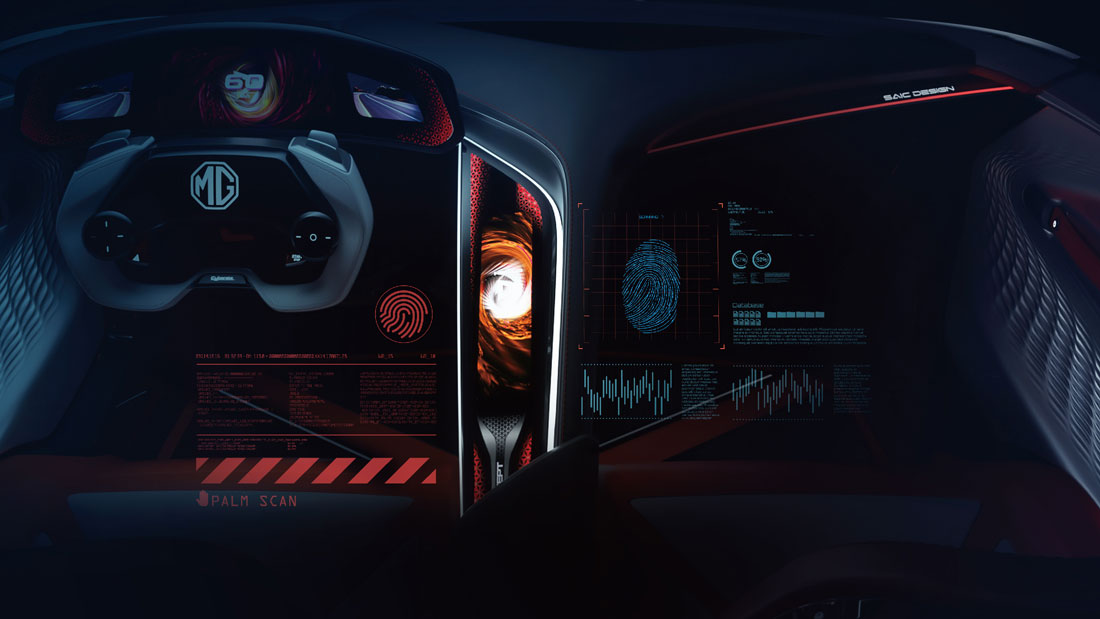 Strong aesthetic impact
The aesthetic impact of the MG Cyberster is strong, it is dramatic and eye-catching thanks to an attractive design dominated by the balance between full surfaces and sinuous lines. Homage is thus paid to the pure, classic style of the MGs of the 50s and 60s. Cars like the MGB, the Midget, whose architecture is in perfect harmony with the classic proportions, with the sole exception of some tweaks to the wheelbase necessary to accommodate the battery. Distinctive features, such as the set-back windscreen and long bonnet ending in a low nose, give the MG Cyberster character and a strong, distinctive sports car impression. 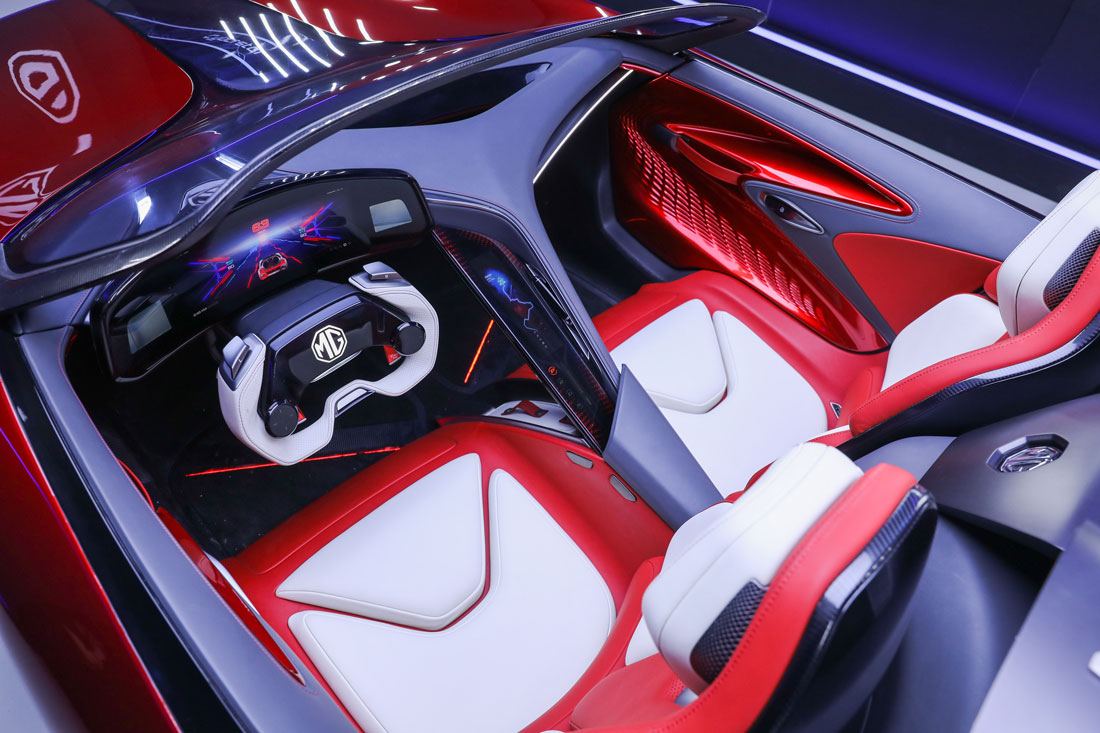 Cyberster’s gaze
The headlamp graphics have a futuristic feel, but at the same time tell of MG’s origins in the UK with a graphic reference to the Union Jack. “We have taken care of every aspect of the Cyberster, not least its look. We went for large spherical headlights at the front, hidden by lids in the same colour as the bonnet. They only come to life when switched on, lending the car the more human expression we were looking for, capable of exciting us with the language of ‘Energetic Romanticism’.