In the two years that have passed from the presentation of the el-Born concept to the birth of the production Cupra Born (the name is that of one of Barcelona’s most iconic neighbourhoods, but in English it also means birth into a new world of cars) many things have changed. First of all, the final car is no longer a Seat, but a Cupra. And precisely because it is a Cupra it had to have a more markedly sporting character, capable of expressing agility and high performance. All the more so, as Jorge Díez explains, because this is the Martorell company’s first electric car, and so it has to prove that “an electric car doesn’t necessarily have to be boring, on the contrary, it can be exciting”.

Díez, who a few months ago took over from Alejandro Mesonero-Romanos at the helm of Seat and Cupra design, notes that the new Spanish brand “has a DNA full of character and emotionality, so we wanted the Born to have something remarkable, something you recognise and remember when you see it on the road”. 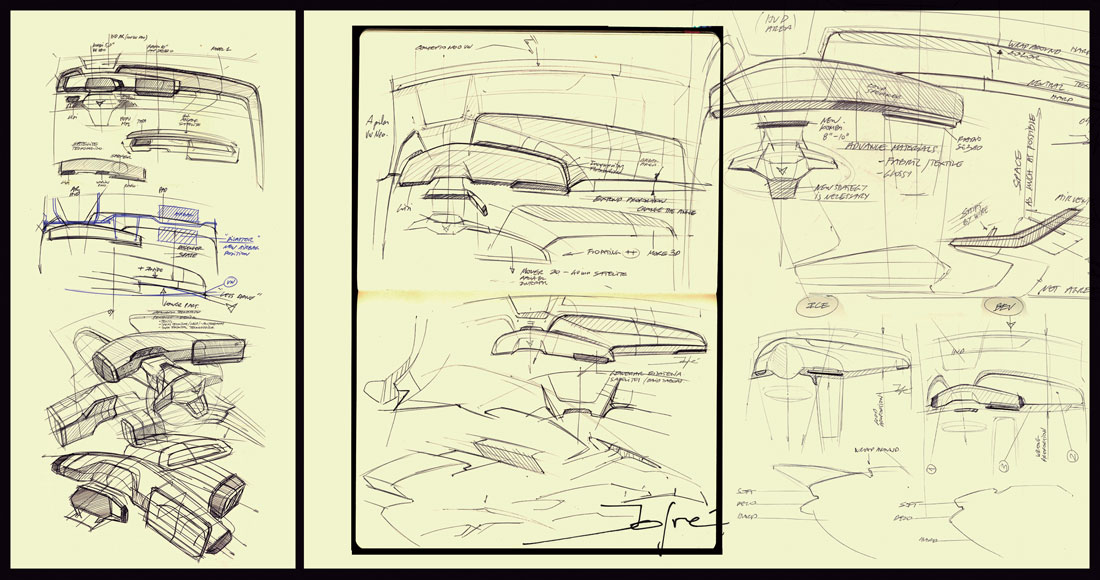 In what way? For example, by slightly lengthening the front end, which may explain why Born is six centimetres longer than the Volkswagen ID.3 with which it shares the MEB platform: those centimetres have been used to give the nose more pronounced lines and an air intake that Díez describes as “very strong”. Ultimately, he says, “the Cupra brand gives new opportunities to designers, who in turn can offer more quality to customers”.

Díez speaks of a “human centric approach”, in the sense that “the centre of the scene is no longer the engine but the travellers”. Born is the first of a family of electric Cupras, “all with the same design philosophy but each with a precise identity and not a photocopy of the others”. The aim, he adds, is to “surprise, play with the customer’s emotions, attack the driver’s senses”.

How? “By respecting the intentions and attitudes of our customers, because the future is changing with dramatic speed and we have to realise that the new generations have different needs, so we have to be much more flexible than in the past”.

Obviously the Born design team was the same as el-Born. Alberto Torrecillas for the exteriors, characterised by aerodynamic optimisation; Tsanko Petrov for the interiors (the driver’s centrality favoured by the curve of the dashboard); Francesca Sangalli (who is also in charge of Cupra strategy) and Jordi Font for C&T. The materials are also very human,” says Díez, “starting with the seat covers in Seaqual, made from plastics collected from the sea. This is the aim of the “CO2 neutral” car. “But without giving up on emotion”.