FERRARI SP48 UNICA, THE ART OF TAILOR MADE

Ferrari presents the SP48 Unica, the latest in the one-off series. The car joins the most exclusive group of the entire production of the Maranello-based company, namely those unique models that are forged around the requests of a customer and designed starting from his requirements. The SP48 Unica, designed by the Ferrari Style Centre under the direction of Chief Design Officer Flavio Manzoni, is a two-seater sports berlinetta created from the platform of the F8 Tributo. Its taut lines and aggressive attitude make it unmistakable, thanks also to the sharp front end projected forward. Central to achieving this effect was the redesign of the front headlights and the consequent repositioning of the brake air intake.

One of the main design features of this unique car is the extensive use of parametric-procedural modelling and 3D prototyping (additive manufacturing) techniques used by the Maranello style center designers and engineers to completely rethink the shape of the grille and engine air intakes. This advanced production process, which allowed the creation of perfect 3D grids from the full volume, also contributed to the feeling of continuity of the molded parts and the fullness of the surfaces. 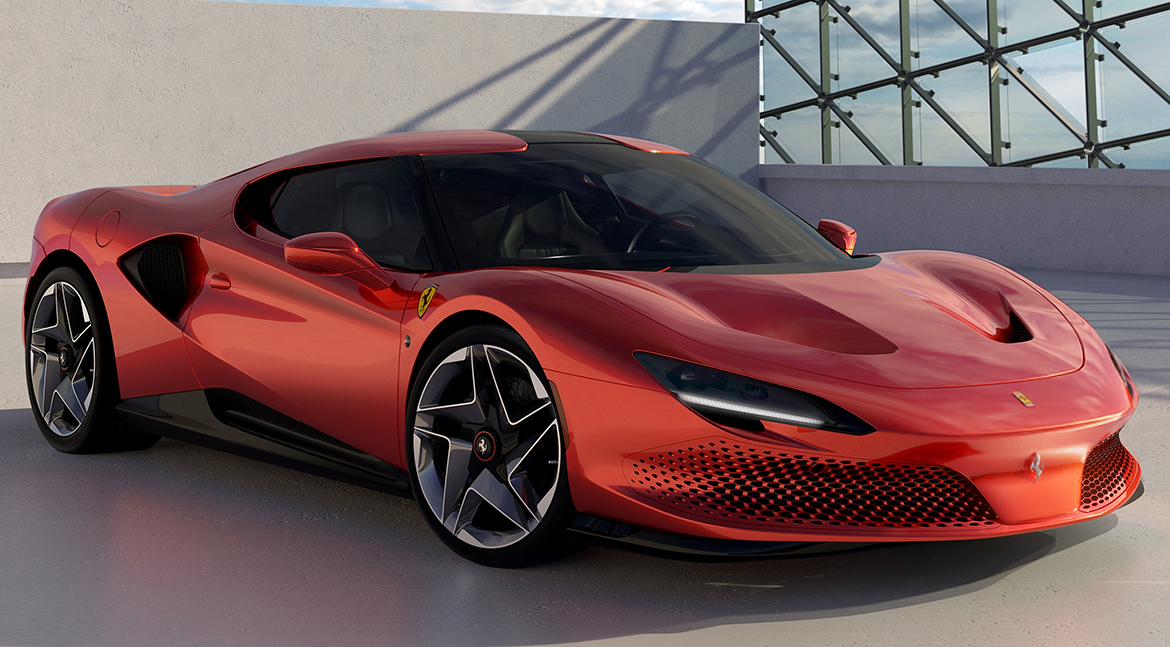 The procedural graphic solutions implemented dialogue directly with the grilles and instruct the overall design of the SP48 Unica: of particular note is the transition from black to body color that involves windows, roof and engine hood. The pronounced visor effect of the front end is further accentuated by the reduction in the area of the side windows and the elimination of the rear window, thus enhancing the muscularity of the SP48 Unica, which seems to be sculpted from a single block. On the plan, the central section of the roof is highlighted, containing a graphic representation of the air intakes that refer to those located at the rear of the engine compartment in carbon fibre in front of the spoiler. And it is precisely from a raised perspective that one can best appreciate the stylistic research that permeates the SP48 Unica, revealing the refined play of symmetries and continuity suggested by the lines that make up its design. 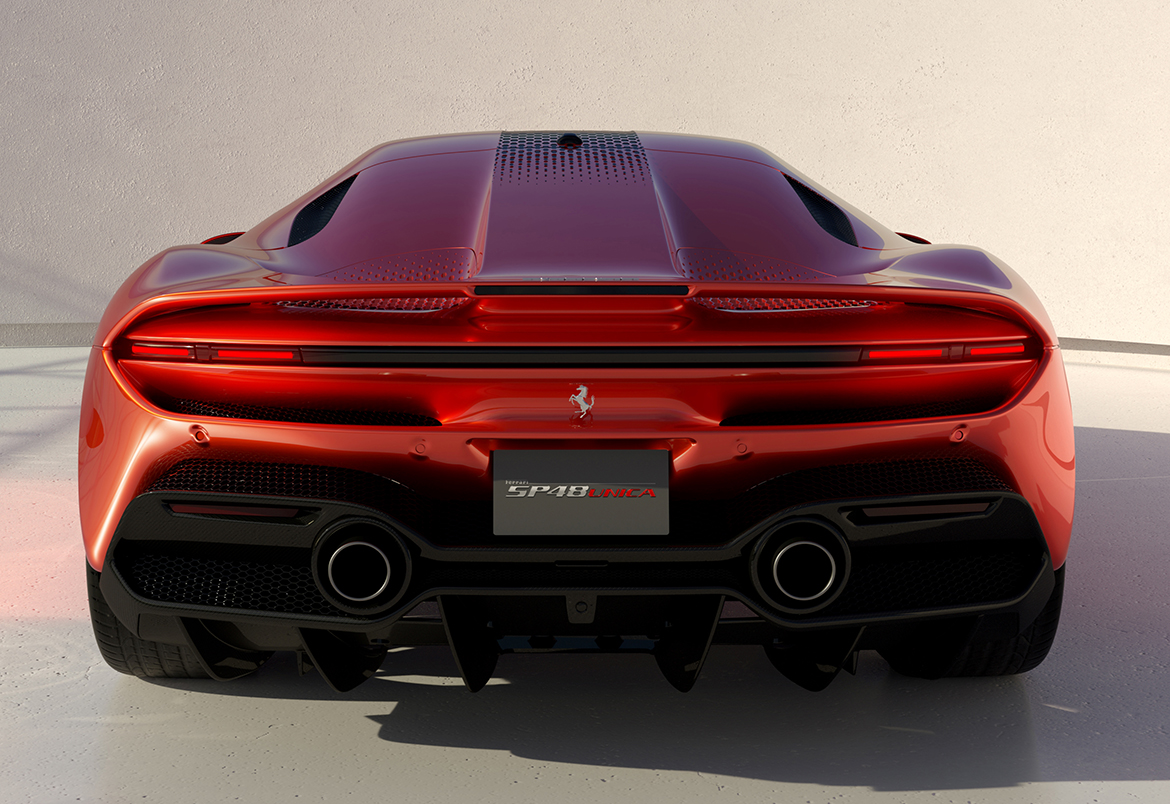 The customization of the interior, which retains a substantial technical identity with those of the F8 Tributo, is based on the elimination of the rear window and on an intense search for the combination of colors and upholstery that best suits the sporty, streamlined and aggressive character of the SP48 Unica. A case in point is the black Alcantara® with ad hoc laser perforations that covers most of the seats and the cabin, under which the iridescent red to orange fabric in the same color as the bodywork can be seen. Its motif echoes that of the hexagons that fade from the calendars and the procedural livery on the roof, giving the car a pleasant effect of continuity between interior and exterior. Entering the SP48 Unica, the polished headlight covers with the same laser-etched hexagonal pattern also catch the eye.