The A110 E-ternité, was created to celebrate the 60th anniversary of the French sports sedan, but not only: it is the meeting point between a prestigious past and a 100% electric future, and is intended to show Alpine’s first steps towards new electrified models. The brief was simple: electrify the A110 to match the performance, balance and agility of the thermal version, building on the strengths, experience and technologies provided by the Renault group. 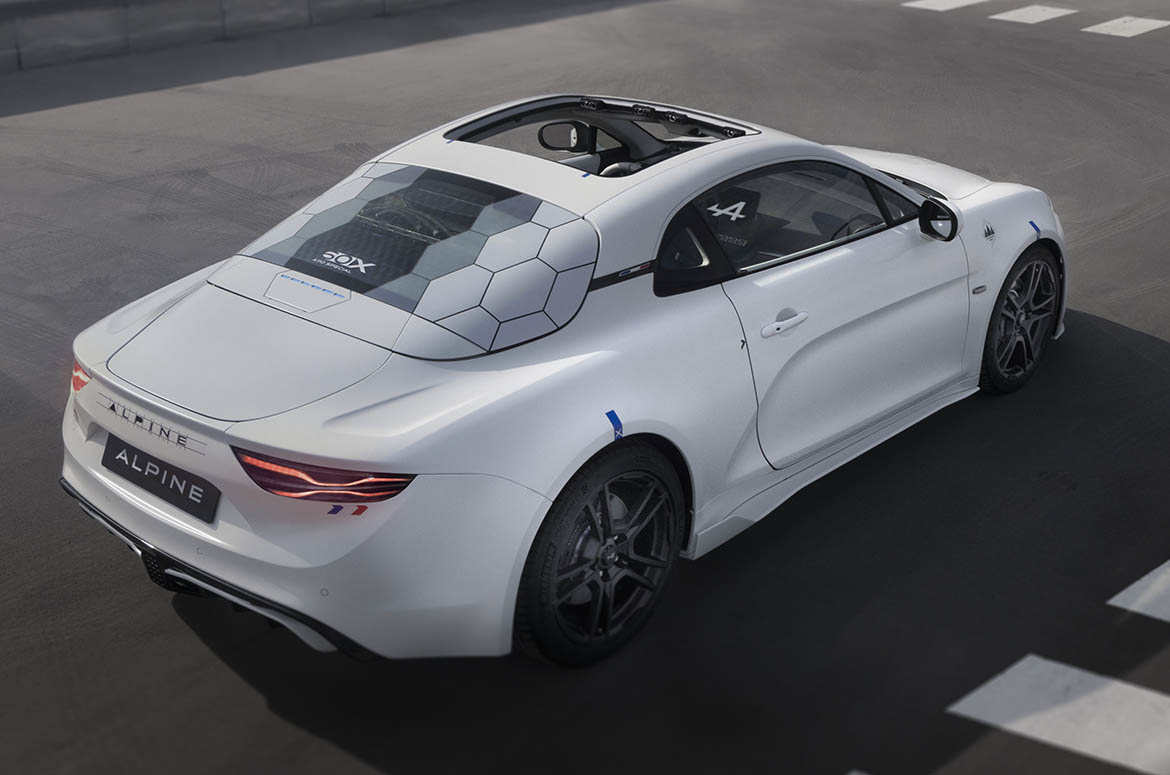 A challenge that was immediately taken up by the design team led by Anthony Villain and the designers who endowed the car with customised style and content: from the multimedia system that echoes the philosophy of the driver’s personal tablet, to the audio system with 8 speakers to create a surround sound effect to the use of materials to combine performance and sustainable development. The main components of the interior were made of linen fibre. 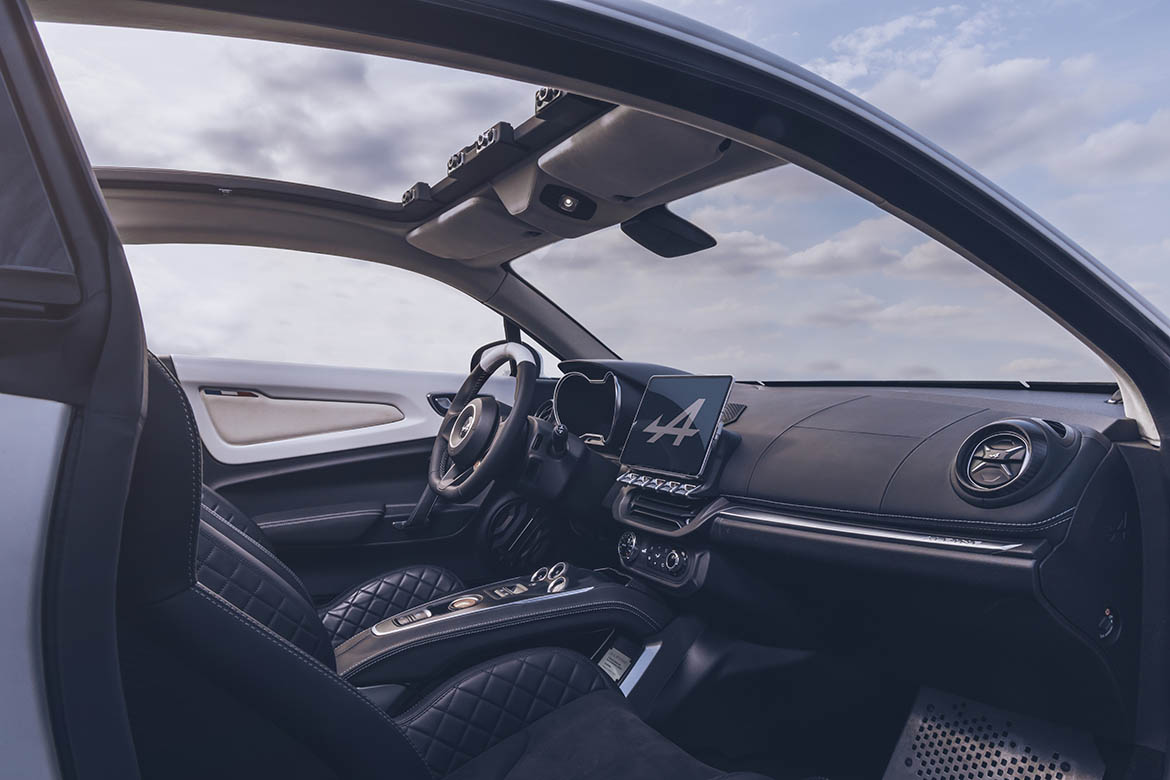 Finally, the engineers managed to transform the Alpine A110 into a convertible with a simple and lightweight solution without adversely affecting the rigidity of the French sports car, one of its most important features. The roof is now formed by two removable carbon fibre shells, an operation that makes it possible to switch to convertible configuration in a matter of seconds. The powertrain is all new: the battery modules are the same as those on the Mégane E-Tech Electric, but to achieve optimum mass distribution and accommodate the twelve modules, it was necessary to design specific battery casings for the A110 and adapt the internal architecture. Thus, four modules were placed at the front and eight at the rear. To meet this challenge, the engineers placed the modules in space in a non ‘traditional’ way. Despite the addition of these twelve modules, the total weight of the Alpine A110 E-ternité increased by 258 kg.