Two spectacularly recognisable beads of light embellishing a Led front: that’s how, in the mid-2000s, Ingolstadt presented its new lighting graphics to the world. A process that marked a new way of transferring family feeling from grille and panels to lighting. This was 2006 and the first Audi to inaugurate a lighting signature was the A6 Avant. Today, when the morphology of daytime lighting is being looked at by all manufacturers, the Germans are aiming to strengthen their leadership with a state-of-the-art Lighting Assistance Centre: 15 professionals and 120 metres of matt-black tunnel, the longest stretch of road in Europe for studying the lighting of the future. 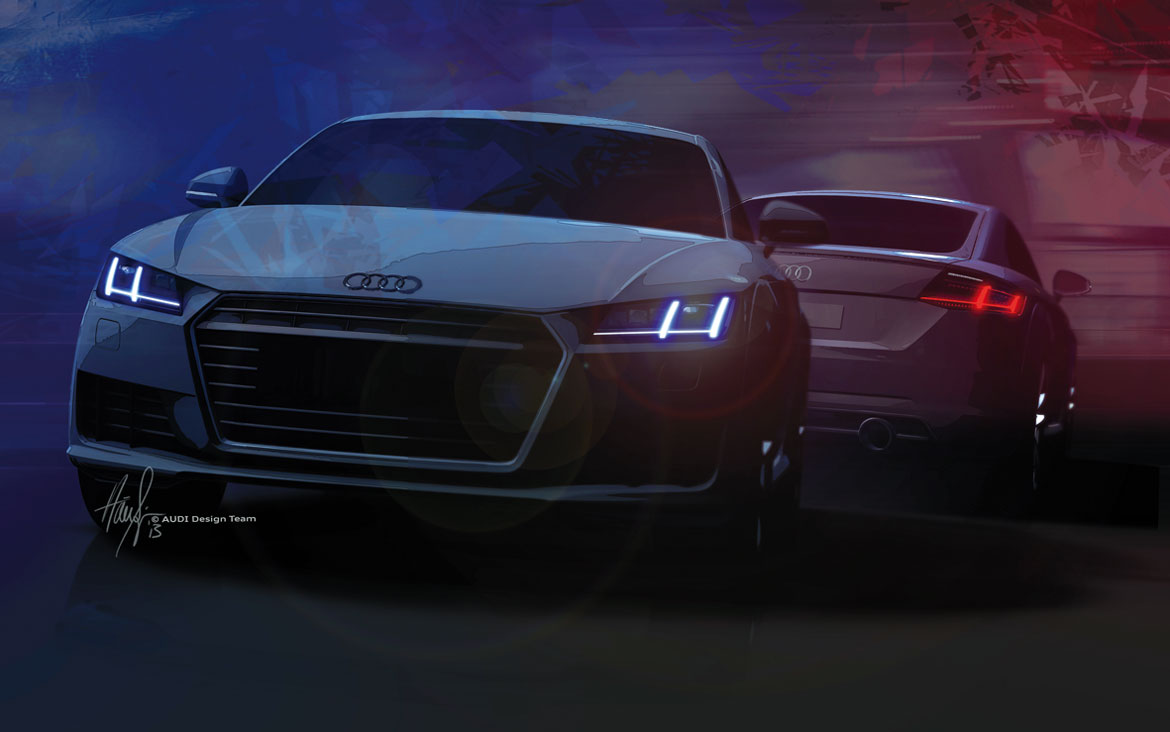 There are multiple avenues to explore and, as Wolfgang Huhn, Head of Development Light/Visibility, explains, they involve design in the broadest sense: it is not (just) a question of creating stylistic effects, but of redesigning the relationship between the car and its users, including pedestrians and outside observers. The cornerstone of this approach is a mix of aesthetics, dynamics and interaction, moving from the layout of headlights that are already in production, to expressive innovations such as the “swarm” aesthetics of future Oled technology. On the current range, light guides, those transparent profiles that make daytime Led lighting linear, stamp bodywork features on the lighting: aggressive and vertical on sports cars, solid and double arrow type on crossovers, wavy horizontal on saloons. “The sculpture of the headlights communicates with the sculpture of the vehicle,” says Cesar Muntada Roura, Head of Lighting Design. “It is no longer possible to separate the two elements.”An interesting formal, interactive border runs around the organic LEDs (OLEDs), virtually a few thousandths of a millimeter thick and spreading over the entire tail, painting the surface with a swarm of red dots. Moving more or less quickly, shifting towards the side of a curve or turning orange before a bend, these micro-signals become a palette of colours that can be immediately interpreted by tailing drivers, a big safety plus. 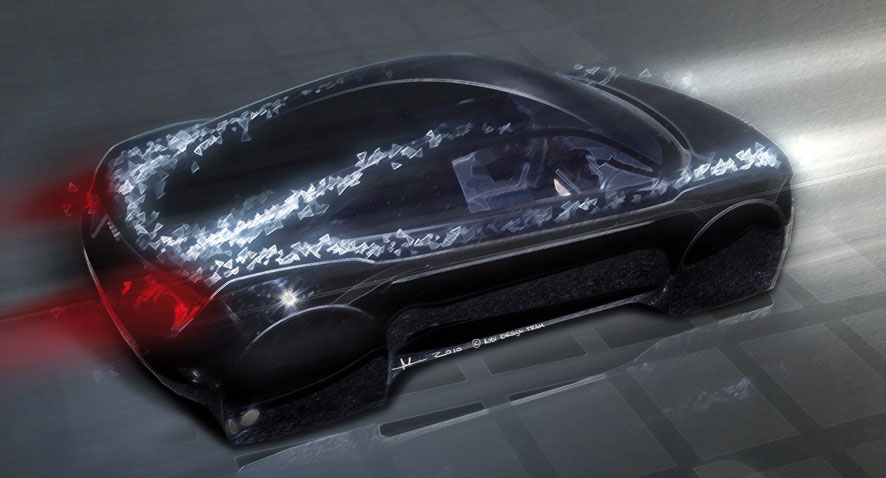 By contrast, the Matrix Laser technology displayed in the Prologue concept literally casts light on to a new dimension in communications: with its high beam split into thousands of micro segments not much wider than a few hundredths of a millimetre, each of which can change direction up to 5000 times a second, an infinite number of light patterns are produced and authentic graphic indications, such as arrows and pictograms, are projected on to the road. And everything is managed with proprietary software, Stephan Berlitz, Head of Lighting Functions and Innovations, is keen to stress. It ‘s not just a prototype gimmick, but a solution close to production. The road of light is already marked.