The Range Rover Evoque launched in 2010 wrote an important chapter in the story of the Land Rover. “Apart from its excellent market results, this was a vehicle that triggered a change in our culture”, explains Gerry McGovern, Chief Design Officer of the British brand. “In recent years, our design philosophy has rested on four cornerstones: modernity, relevance, sustainability and, last but not least, desirability. In the luxury and premium world to which our cars belong, customers don’t just buy products because they need them, but because they want them”.

The Evoque has been an object of desire since it was first unveiled as the LRX Concept at the end of 2007, before taking to the road virtually unchanged. Its uniqueness derives from a design language of great aesthetic taste mediated by contemporary design and a bold silhouette that pushes to the limit the relationship between a steeply rising beltline and the sharply falling roof – a feature that is barely accentuated on Range Rovers – to generate a vigorously dynamic coupé look. Since then, that iconic design has set a new standard by inducing countless attempts at imitation, especially in the Far East.

“It would have been unthinkable not to take into account some unique ingredients, of which we were proud, but which had to be developed to a more advanced level”, continues McGovern. “The world is changing massively, so we have to cling on to our relevance. Expectations are constantly changing where luxury products are concerned. We needed a sophisticated evolution of that original car on the outside, and something decidedly different for the interior”. 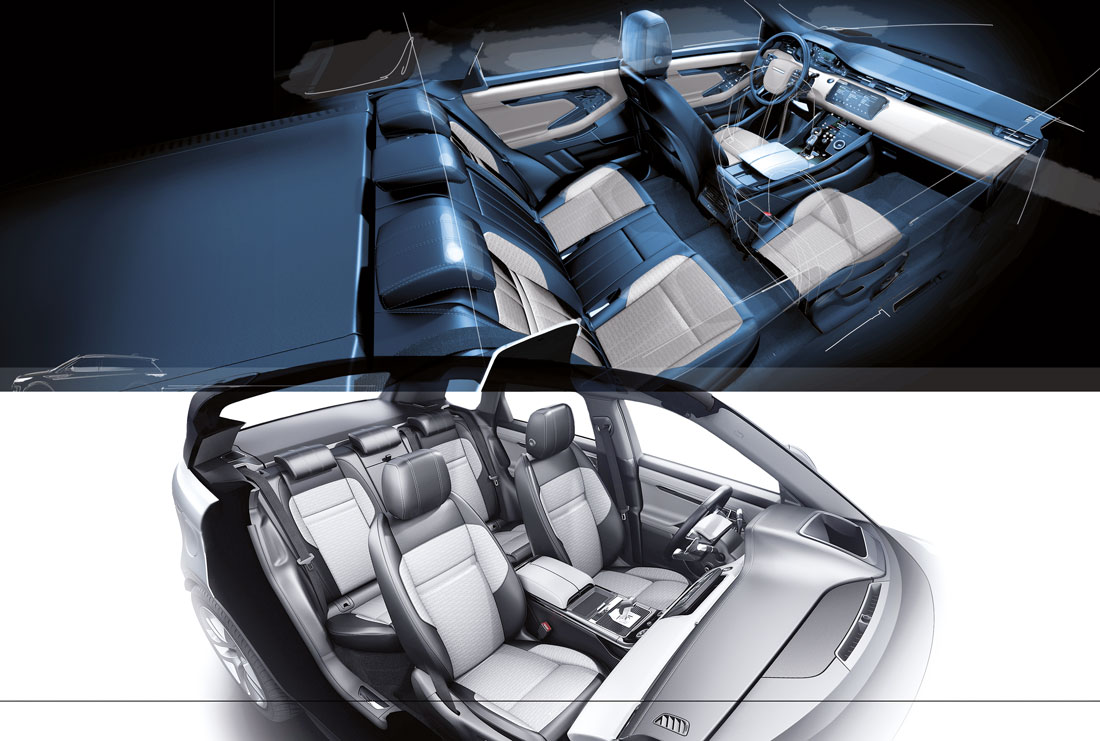 As in any good project, proportions played a key role, explains Massimo Frascella, Exterior Design Director: “To make that relationship between volumes even more dramatic we stretched the wheelbase, reduced the overhangs and added 21″ wheels, which are remarkable on a car that is 4.37 metres long”. Based on the new Premium Transverse Architecture platform developed by the JLR group for the electrification of the Jaguar and Land Rover ranges, the Evoque (with a mild-hybrid engine available from launch and PHEV from next year) is recognisable at first glance. In effect, the engineers explain, the only element to survive from the previous generation are the door hinges. 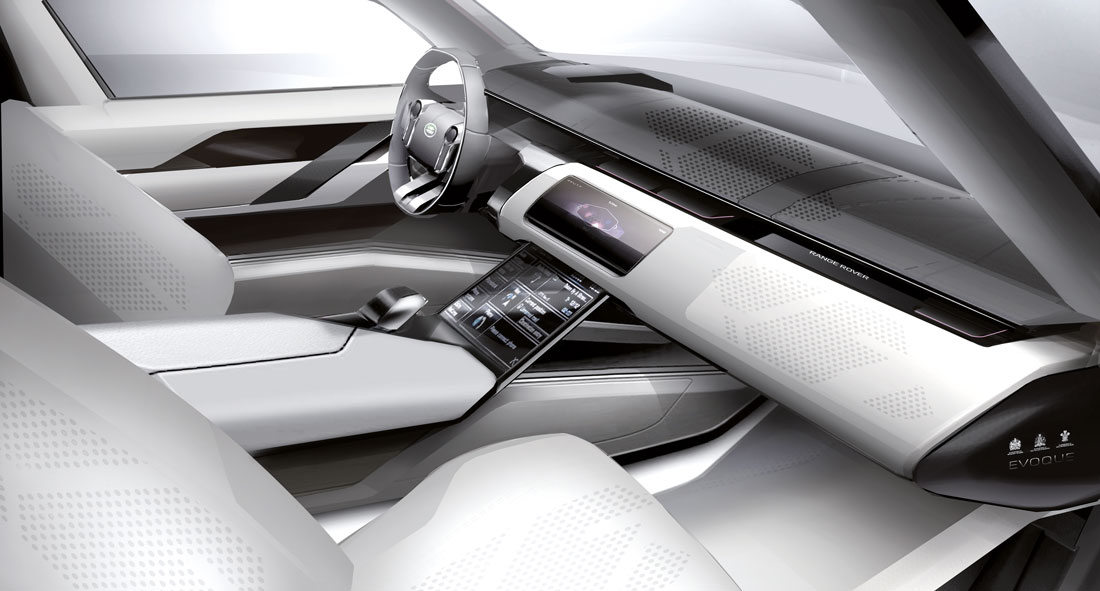 Entirely redesigned, it is the result of what Frascella and his team call “reductive design”. “We wanted to add extra touches of modernity and sophistication, while eliminating many of the complexities of the original design. The side is sculpted from a single feature line, we adopted the flush handles already tested on the Velar and removed the protections from the wheel arches, given the vehicle’s more urban intentions. The fluid front has a powerful appearance, with lines that run from the grille into the Matrix Led headlights, which are thinner and reach out towards the sides. We have also reduced the gaps to achieve the top class execution of every line and surface, thanks to a huge amount of work with the engineers”.

Two aspects in particular of the silhouette of the new Evoque remain unmistakable: the clamshell bonnet that intersects with the wheel arch and the equally iconic rear window, “as thin as a letterbox, in a short and snappy rear volume”, adds Frascella. The problem of the limited rear visibility, a sore point with the previous model, has been solved by technology: the new ClearSight Rear View Mirror connected to a camera system transforms the interior rear-view mirror into a high-resolution screen.

“One of the challenges was to seamlessly integrate the most advanced technology into a cabin of great elegance, still on the cutting edge of modern design, but different from the original”, explains Alan Sheppard, Interior Design Director. “However, the typical Land Rover Dna, with its high seating position and architectural structure, is still recognisable in the sense of well-being it conveys.”