Throughout its history, Citroën has offered drivers new lighting technologies to get a better view of the road, designed in an original and instantly recognisable style: from the 1922 5HP with standard electric headlights to the modern range, with a multi-level lighting signature. In 1919, André Citroën was the first in Europe to present a car built on the assembly line, fitted as standard with a pair of electric headlights. It was the 10 HP. In 1936 the Tpv project that would lead to the Citroën 2CV was launched, and because the car had to be as cheap as possible, the headlamp car had only one, large, suspended above the right side of the front bonnet. 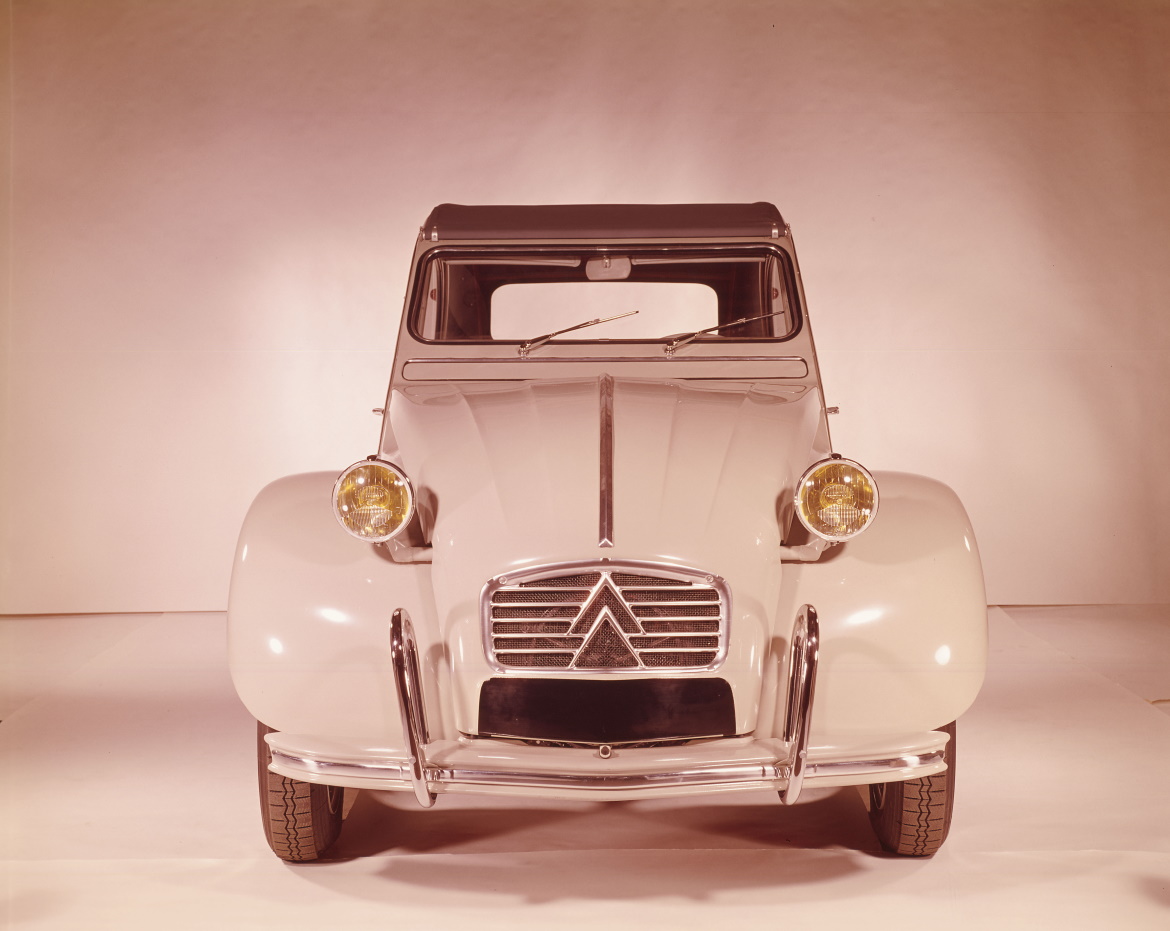 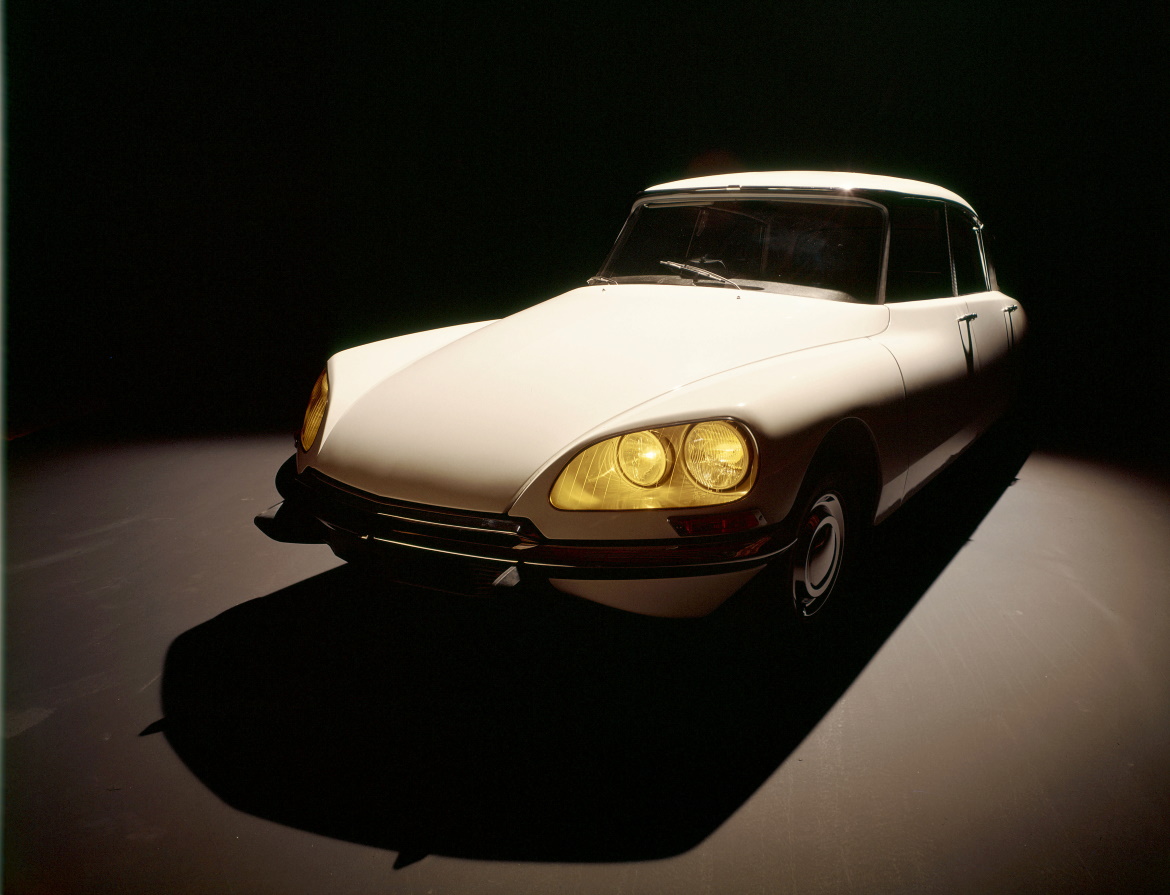 After the World War II, at the Paris Motor Show in 1948 the 2CV debuted with its definitive appearance and it obviously had two headlights, with one peculiarity: since the 2CV was equipped with a very soft suspension – it was designed to work even when there was no road – it was easy to vary the inclination of the car by moving the load between the seats and the boot, thus changing the range of the beam. The 2CV had an internal throttle that could change the range of the headlights without the driver having to move from the driver’s seat. 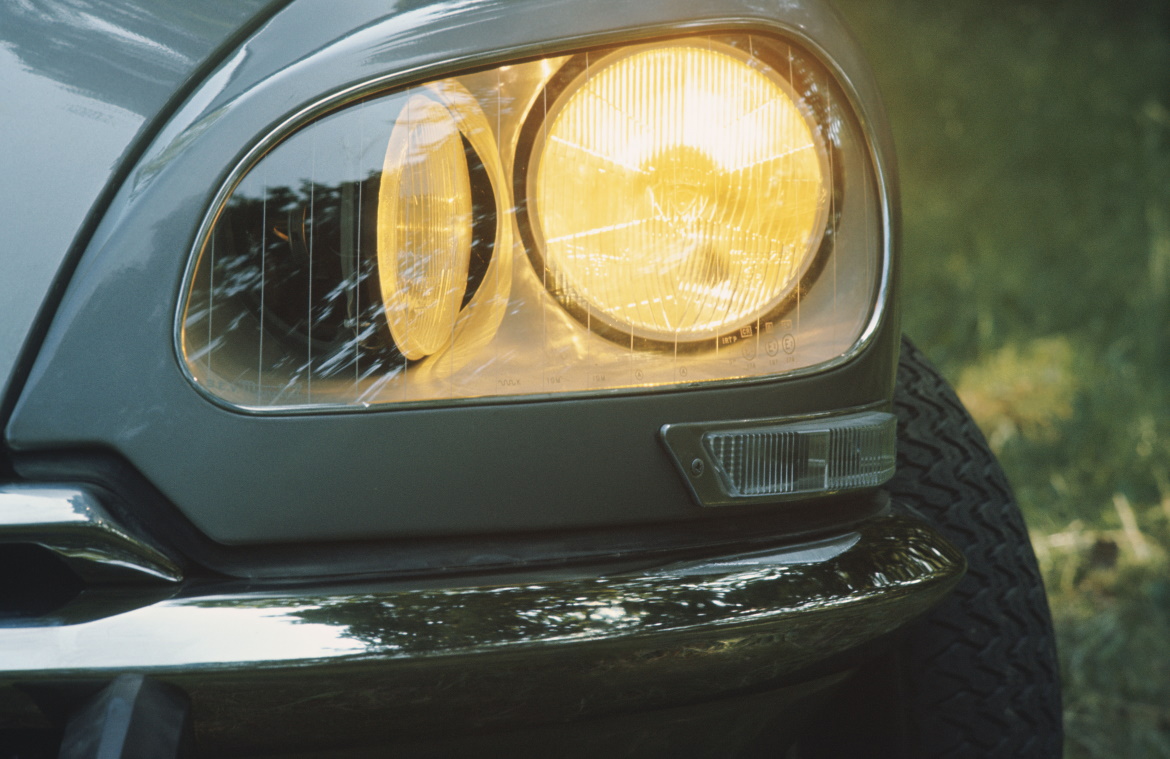 Then it was the turn of the DS19, which in ’67, twelve years after its launch, had a new face that included four headlights hugged under a glass screen. The two innermost two turned on their vertical axis following the steering movements, the two outermost two, tilting, followed the course of the oscillations of the car body, dynamically adapting their range to each movement of the DS. The experience was extended to the large Coupé SM, presented in 1970, which had as many as six front headlights. In 1974, Citroën launched its new CX saloon, which, as its name suggests, made aerodynamics its main card. The excellent profiling and the adoption of modern engines (the CX was for a long time the fastest production diesel car in the world) guaranteed the large French saloon reduced fuel consumption. To achieve these results, Citroën designed trapezoidal headlamps that blended perfectly into the car’s profile, guaranteeing both performance and reduced drag. The CX’s aerodynamic headlamps were produced until 1991, also in the “four-light” version that integrated the depth-lighting headlamps. 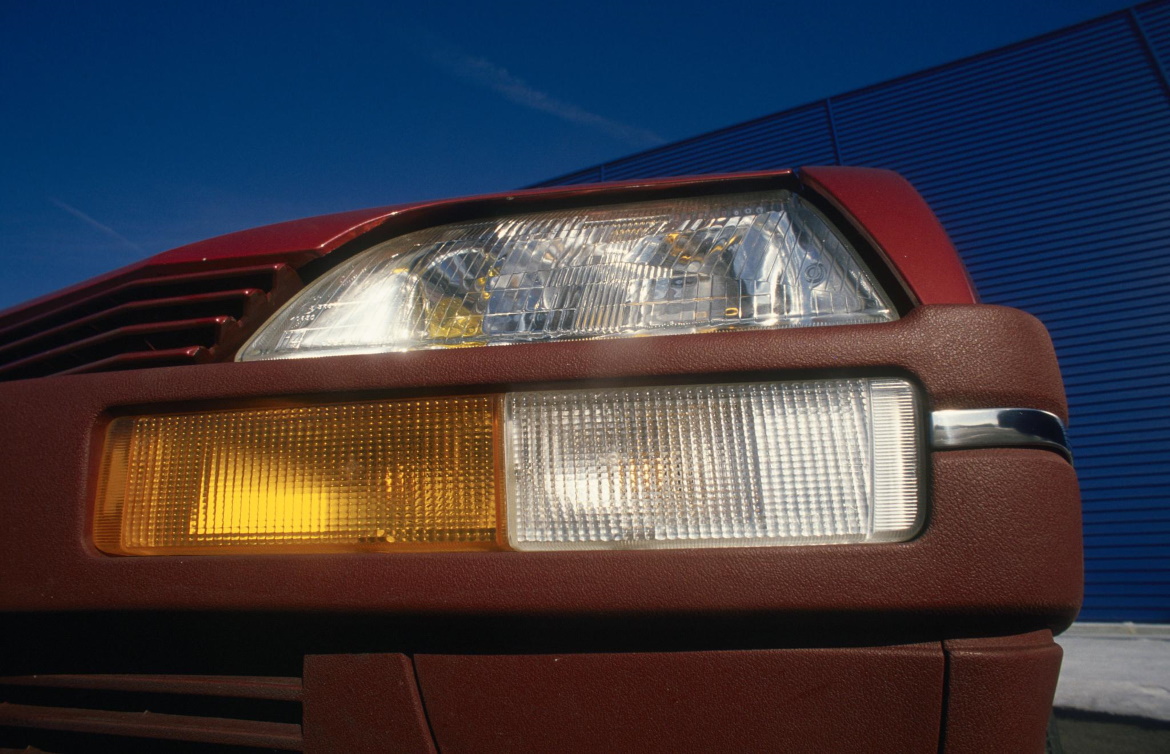 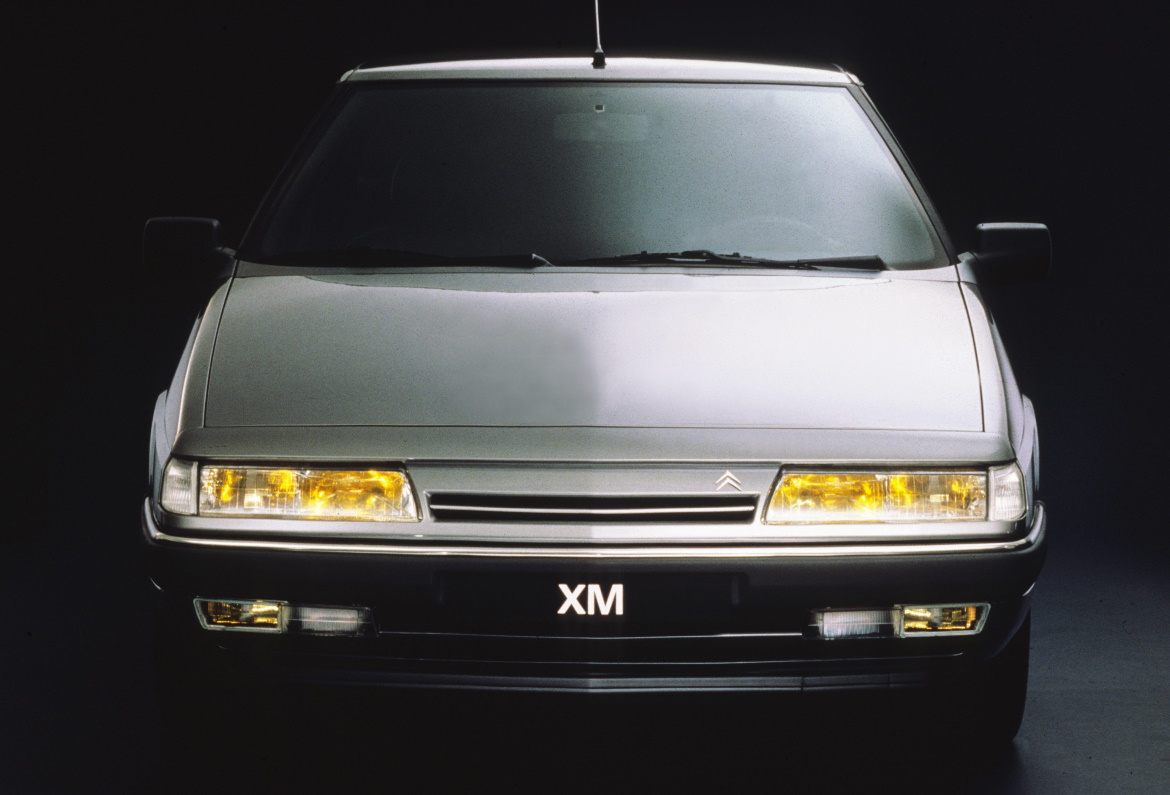 Two years earlier, in 1989, with the new flagship XM, Citroën had introduced new very low headlamps, perfectly integrated into the front of the car, which, thanks to elliptical parabolas specially designed by Valeo, offered a yield 45% higher than traditional headlamps with a similar surface area. Moving on to more recent times, the modern range had a strong innovation with the C4 Cactus which, in 2014, inaugurated a new design with a technological and exclusive lighting signature, characterized by Led daytime running lights. In addition to this, there is the Cornering Light function which, depending on the angle of curvature of the steering wheel, is able to provide an additional beam of light in the inner part of the curve, increasing visibility and safety. 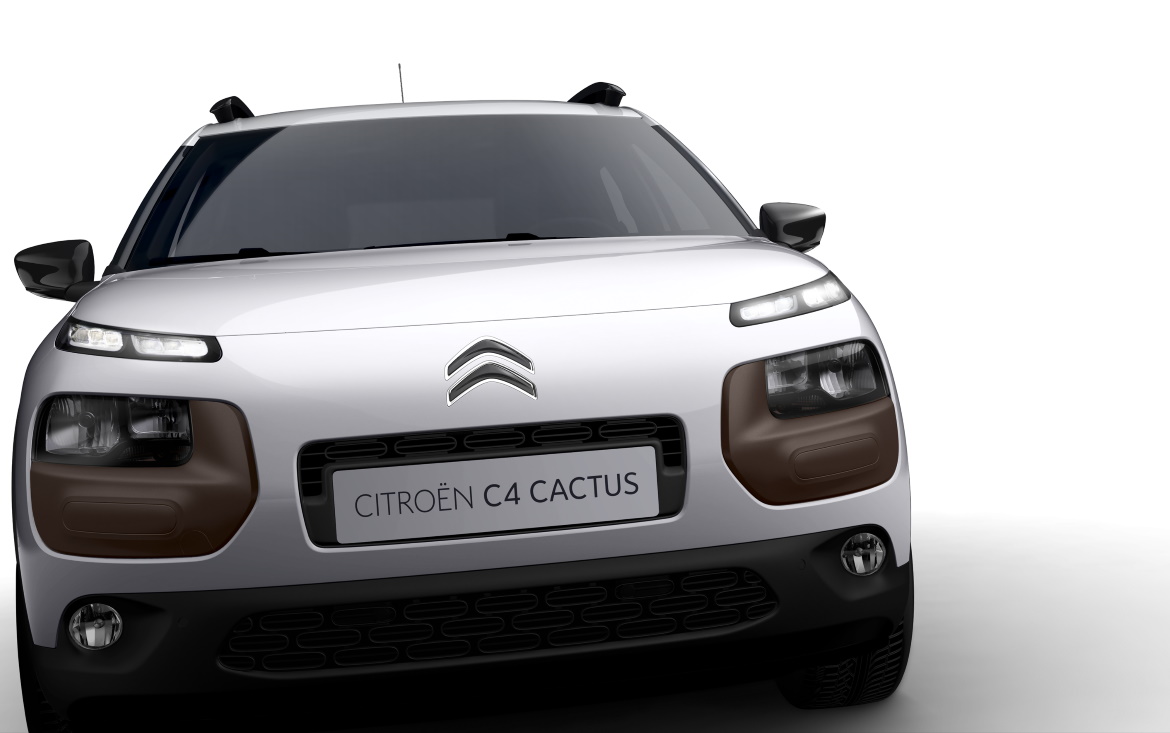 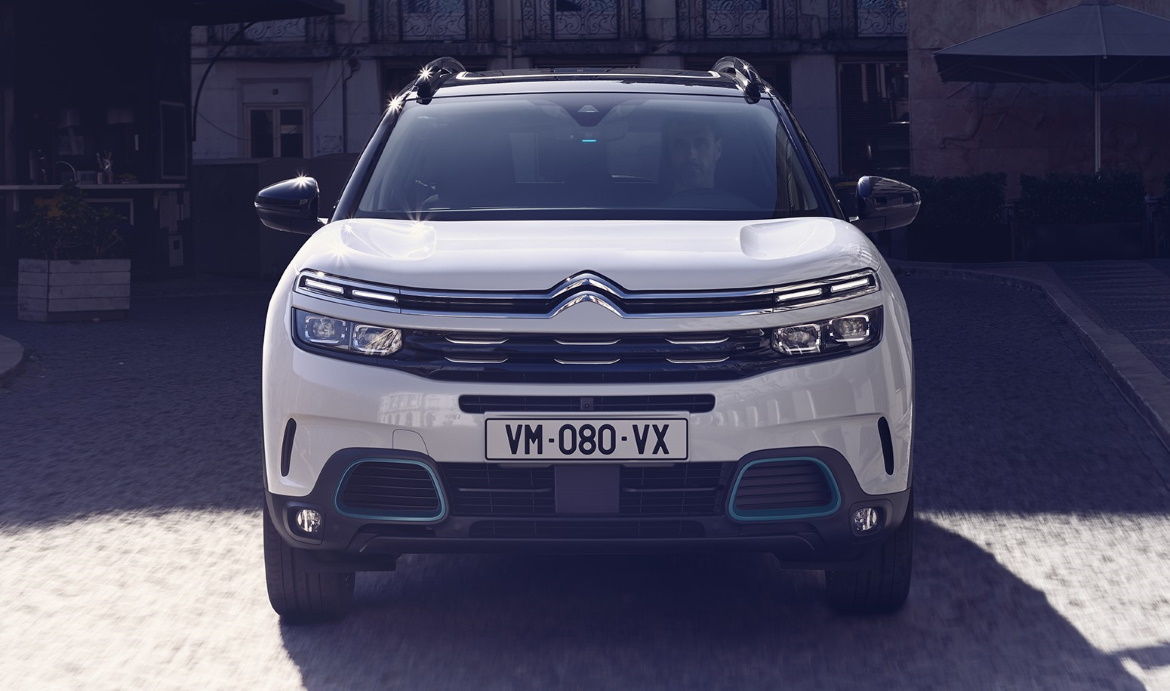 Then in 2016, C3 inaugurated the new multi-level lighting signature, a true sign of belonging to Citroën that lifts the car’s gaze and strengthens the perception of bonnet height. The design of the headlights is rounded and technological. The most recent model, the Citroën C5 Aircross SUV from the front, which is large and imposing, perfectly echoes Citroën’s stylistic identity, with the “chevrons” and full LED lighting signature on two levels, positioned on the imposing grille. The upper light clusters include daytime running lights and direction indicators, and are connected to the “chevrons” with a double chrome-plated profile that extends the full width of the front and underlines the width of the vehicle, while the lower ones are inserted into the grille following its movement, to give the C5 Aircross a modern and expressive look. At the rear, the light clusters in relief, with four 3D LED modules on each side of the vehicle, create a new, technological and graphic lighting signature. Immediately recognisable, it immediately catches the eye and enhances the width of the car.