Sportiness has always been a key element in Mini production. Supreme expression of this is the John Cooper Works GP, the version with the most striking racing personality of all the Mini’s. Today it reaches its third generation and will be produced in just 3,000 units. Work on defining the model’s design began in 2017. “Being a limited series model, we had more freedom of movement than with other projects, even though, given the performance features in the mix, we had to work in close contact with the engineers”, explains Oliver Heilmer, head of Mini design. “However, the engineers only had to intervene on very few occasions. One such case involved the rear spoiler. During a test session at the Nurburgring, we were asked to change its profile so as to increase the aerodynamic load on the rear”. 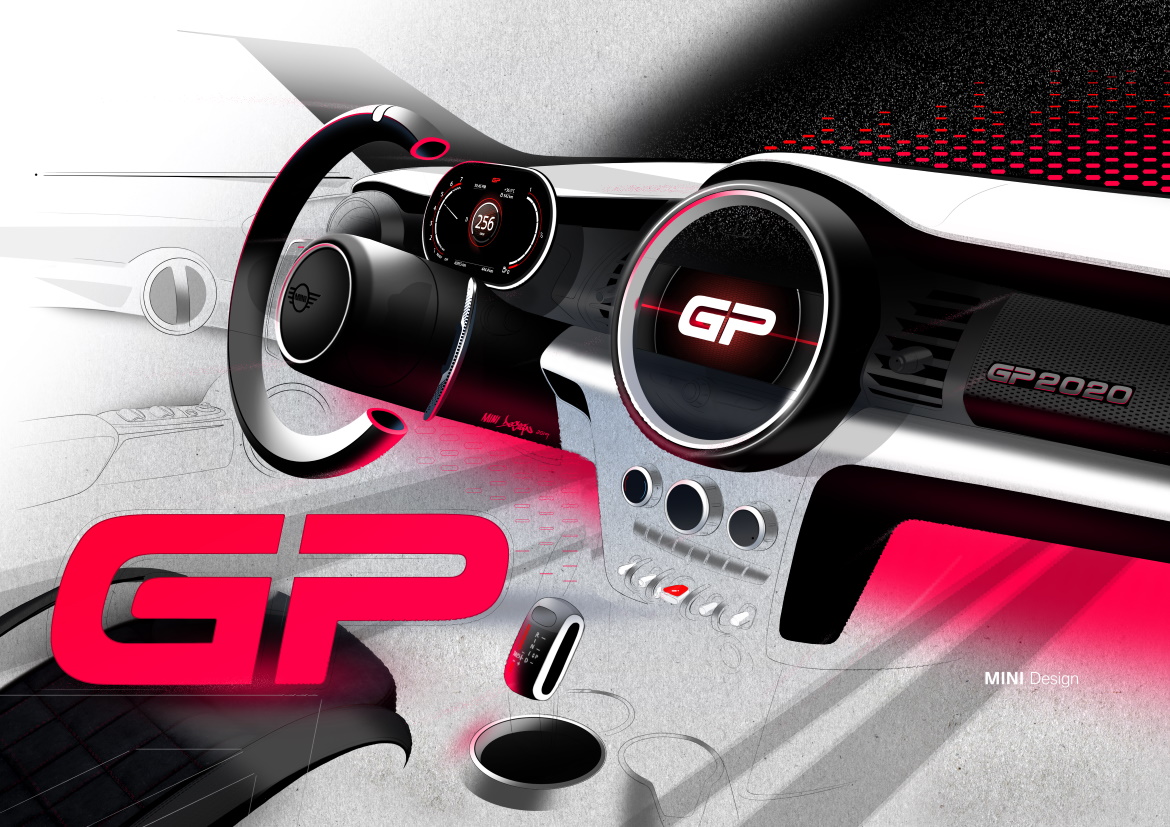 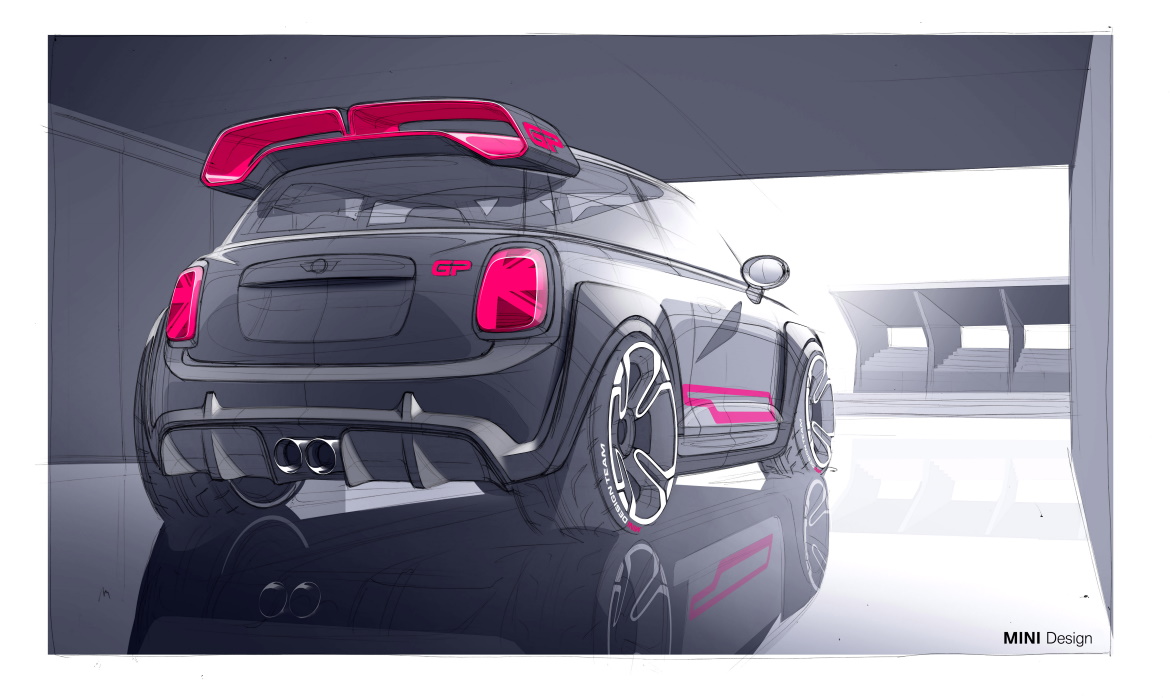 But in addition to the technical issues, the GP also debuts a whole series of new stylistic solutions for the current Mini generation. “The signature elements aesthetically speaking are certainly the wheel arches”, continues Heilmer. “Made of carbon fibre, they literally rise out of the mudguard, creating an interspace with a distinctly racing flavour. The rear arches slope at the front, conceptually creating a sense of continuity with the profile of the spoiler”. Still on the theme of wheel arches, the front ones for the first time show the serial number of the model, which has been moved from the roof and is no longer an adhesive, but printed on the carbon. 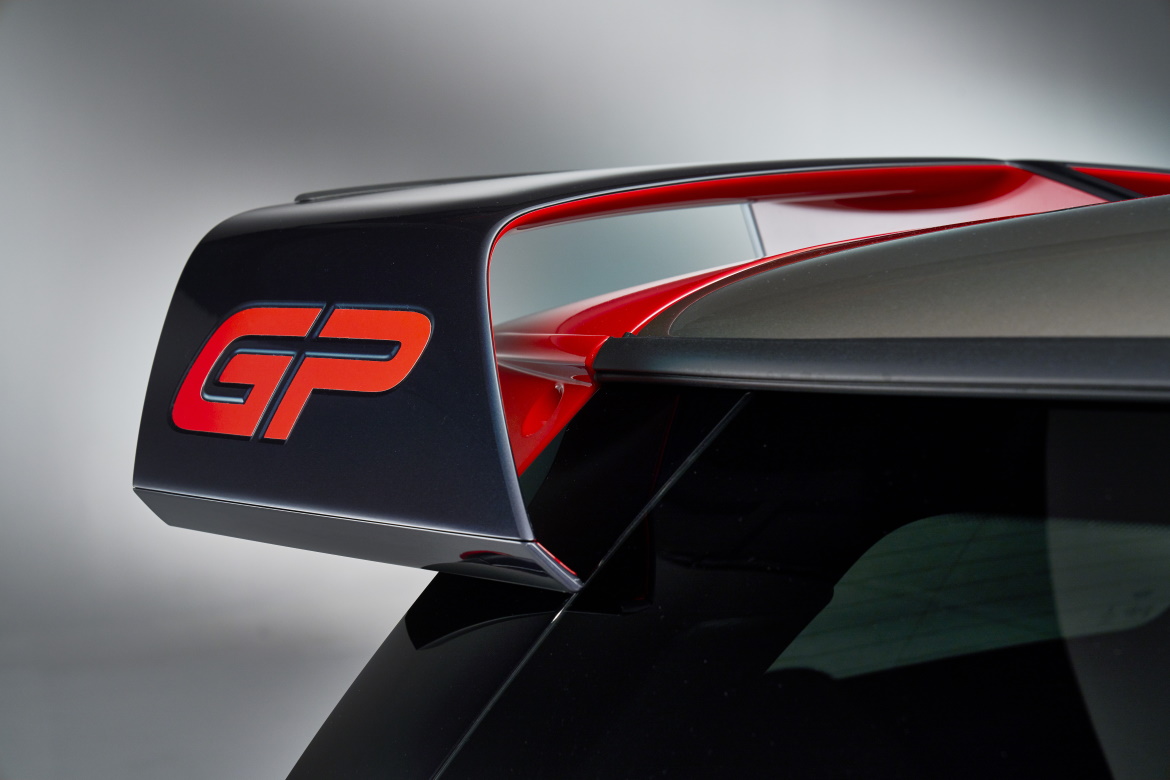 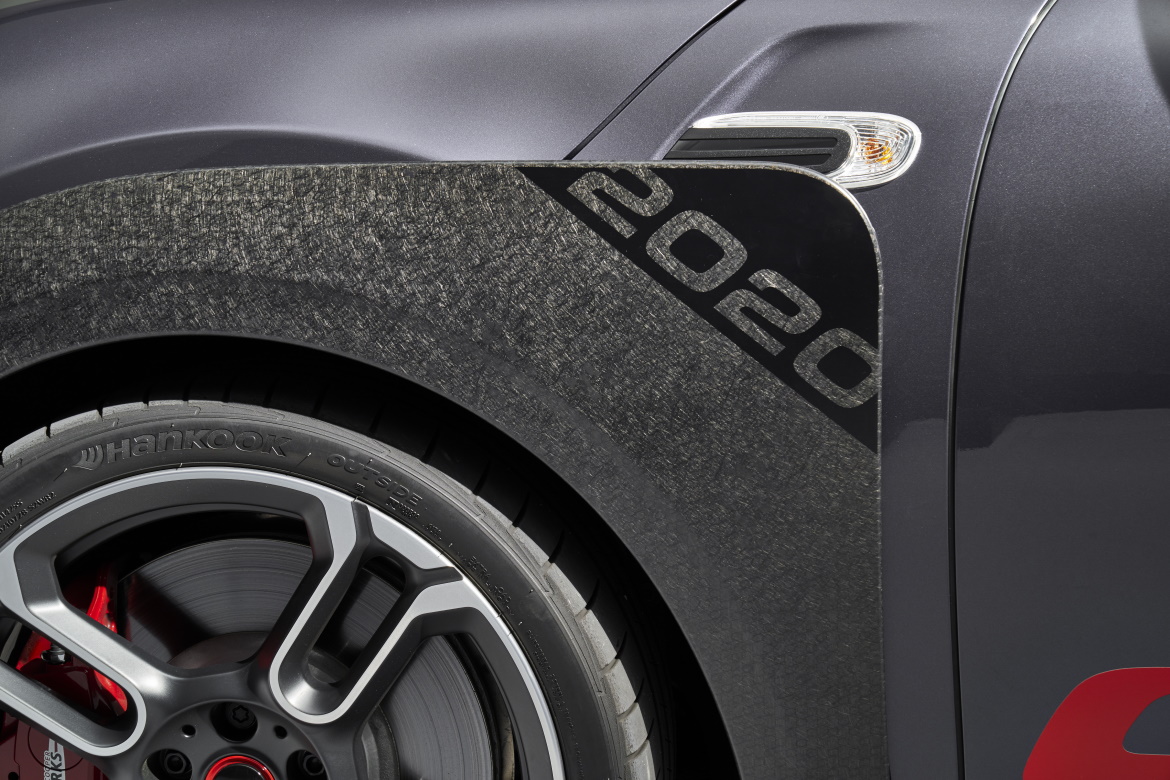 But despite the many elements that break with the styling of the two previous generations, there are many features that Oliver Heilmer’s team wanted to hold on to in the transition to this third series. “On all of them we have the 18” four-spoke alloy wheels, the two-tone paintwork in grey with red tips. And finally, of course, the two-seater configuration of the cockpit”. As for the interior, the GP features the new instrument panel inherited from the electric Mini, but with personalised graphics. The materials were given a lot of attention. 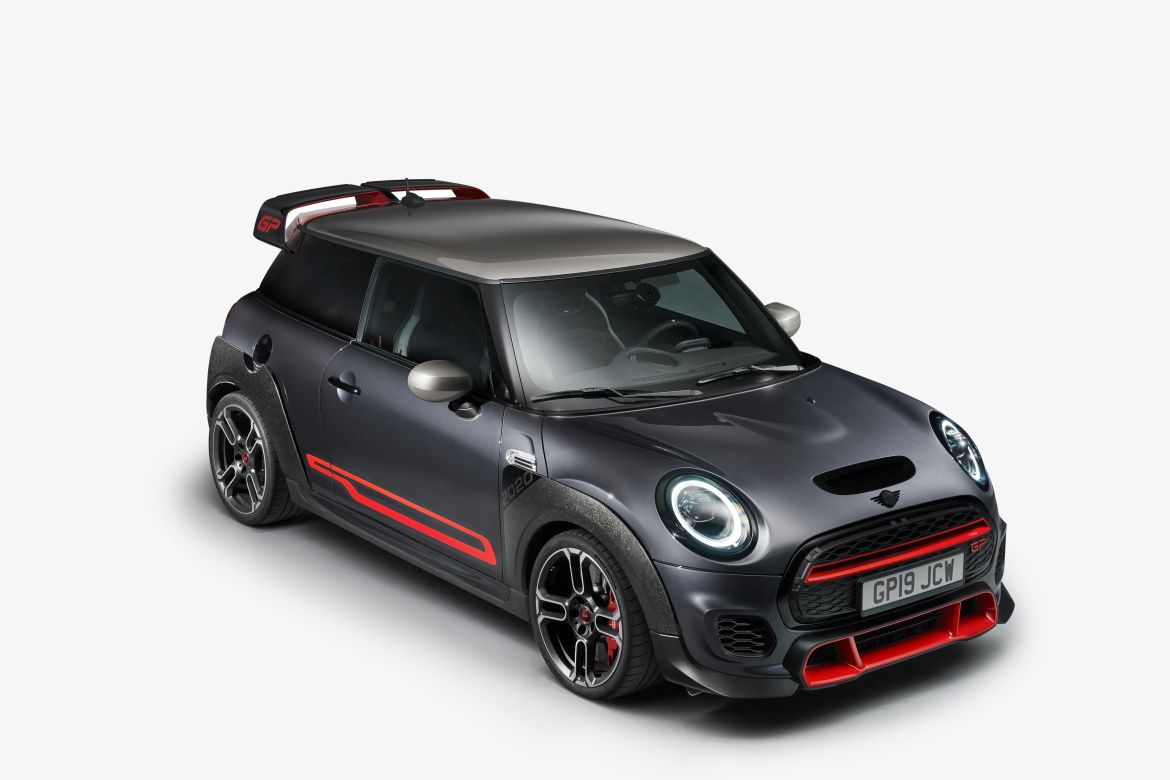 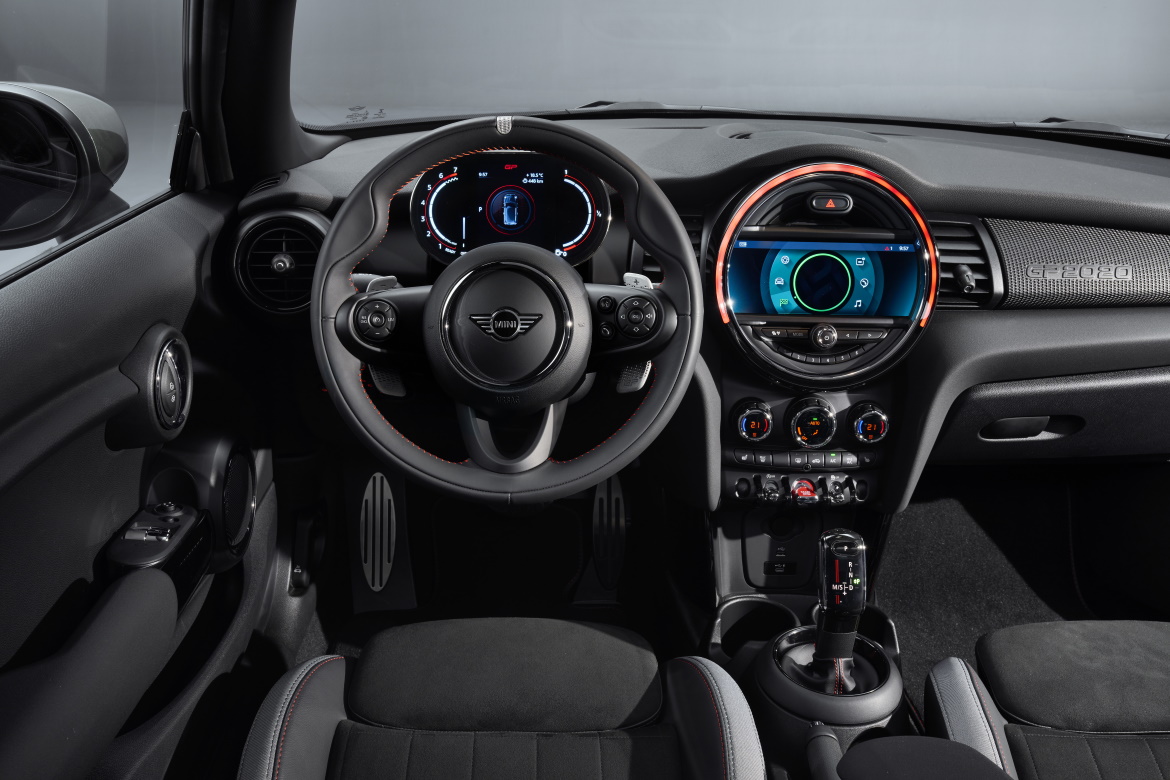 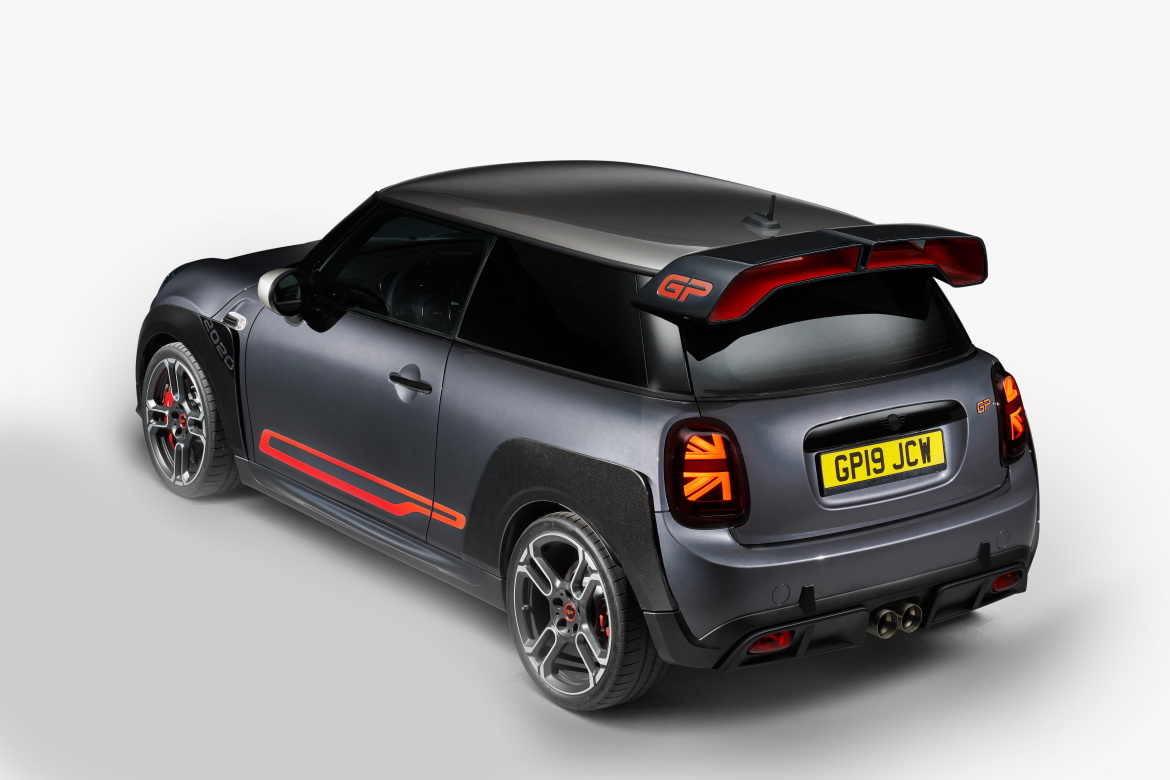 “We chose to give an extra touch of exclusivity to the GP by doing the steering-wheel paddles in aluminium”, explains Heilmer. “But there’s more. To make them we used a 3D printing process. A solution that points once again to the meticulous care taken in our work on the project”. The same production technique was also used for the panel (this time in plastic) inserted the dashboard in front of the passenger, on which the model’s serial number is stamped. The GP is not only the maximum expression of Mini-style sportiness, it is also a collector’s item, to be preserved with fanatical care.