CITROËN E-MEHARI, AN ART CAR TO CELEBRATE THE 50TH BIRTHDAY OF THE FRENCH ICON

Citroën Méhari is celebrating its half-century. 50 years after its launch and 2 years after the arrival of E-Mehari, this out of the ordinary cabriolet remains a symbol of French-style automotive audacity. For this symbolic anniversary, Citroën has called on the designer Jean-Charles de Castelbajac to design an exclusive E-Mehari Art Car, as a strong and chromatic piece, a real graphic expression celebrating 50 years of freedom and 50 years of creation.

Through this unique Art Car, Jean-Charles de Castelbajac has made the New Citroën E-Mehari the emblem of a ‘Made in France’ way of life, optimistic and pop, in the footsteps of unlimited creativity. Because banning is banned, the E-Mehari art car created by Jean-Charles de Castelbajac awakens creative minds and declares its two reasons for living: art and fashion. His artistic approach celebrates not one but two revolutions, that of May 68 with its door open on the future, its carefree attitude and its freedom of expression, but also that of the automobile, when Méhari gave birth to leisure, allowing people to leave the city towards new ways of life. 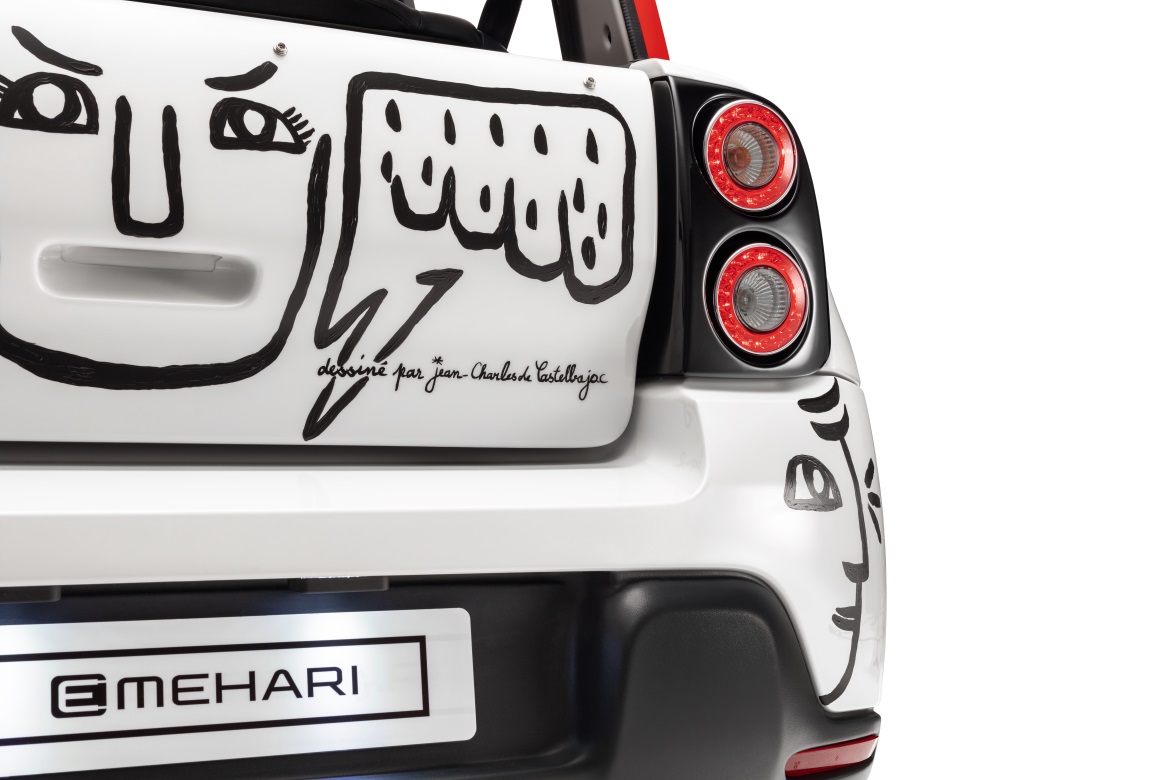 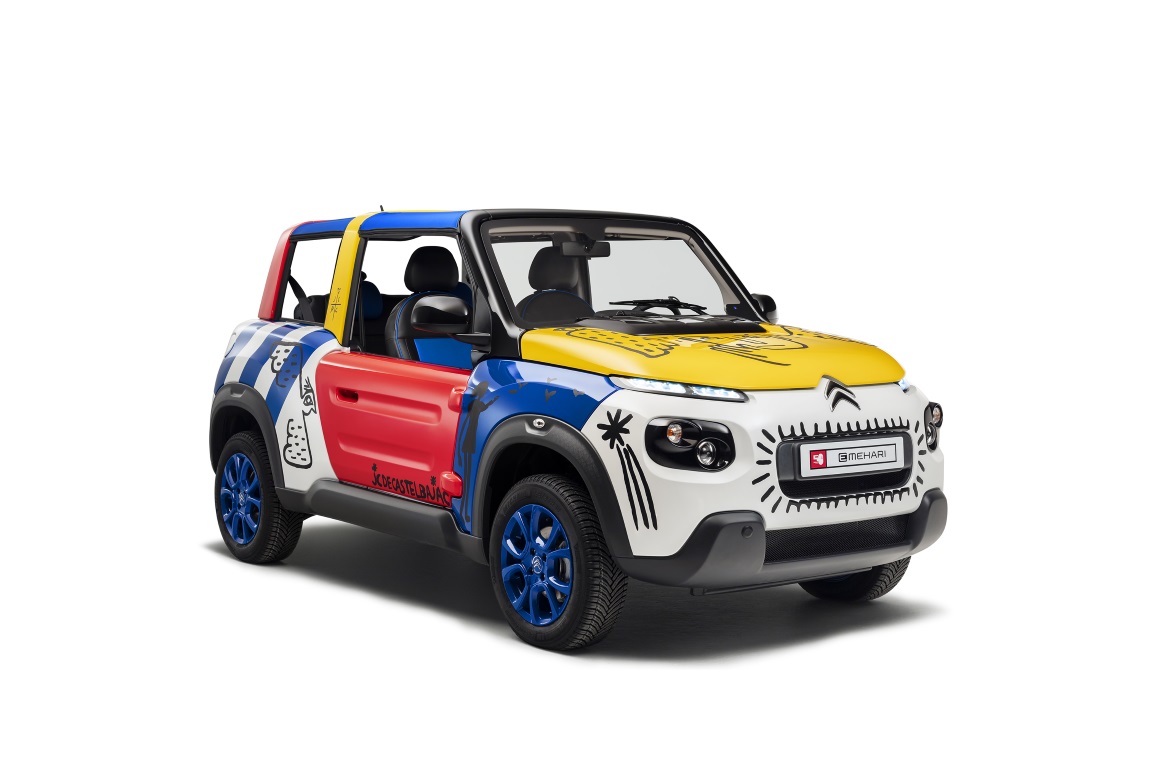 Because the word ‘freedom’ is the cornerstone linking Méhari and the force of a generation, he sees an Art Car as a graphic expression just like a poster from May 68. In both the colours and the hand-engraved signs, he creates a free Art Car, with symbols which wrap around like a protective wire to guide travellers towards horizons which are sometimes utopian but more often carry the promise of hope, plans and the desire to change the world.