LIGHTYEAR ONE BY GRANSTUDIO, HOLISTIC VISION

How can a car bring ethics to everyday mobility and still combine, harmoniously, the needs of today’s society with respect for nature? “Through an approach that takes into account user needs, packaging, style, aerodynamics and feasibility”, says Lowie Vermeersch, founder and Creative Director of Granstudio, who worked with his team to develop the Lightyear One, the first solar-powered car to reach the market.

“We came into contact with the world of solar-powered vehicles a few years ago, when we gave our styling support to a team of students from the University of Eindhoven that had won the World Solar Challenge. It was the initiative of some of those students that led to the Dutch Lightyear start-up and the concept of this car”, he says.

“Working on this project has been a testing but highly stimulating challenge. The brief was to develop a car that would be attractive to a family of five and that would incorporate 5 square metres of solar panelling in the roof. A daunting task”, Vermeersch smiles, “because aerodynamics requires a convergence of lines, while solar panels, by their nature, demand parallelism”.

“The key was to make the car capable of unprecedented energy efficiency in this category, with a Cx below 0.20, focusing on the values of aerodynamics and weight, the same baseline parameters that our studio uses in the development of high performance cars such as the Dallara Stradale”, adds Lowie Vermeersch. 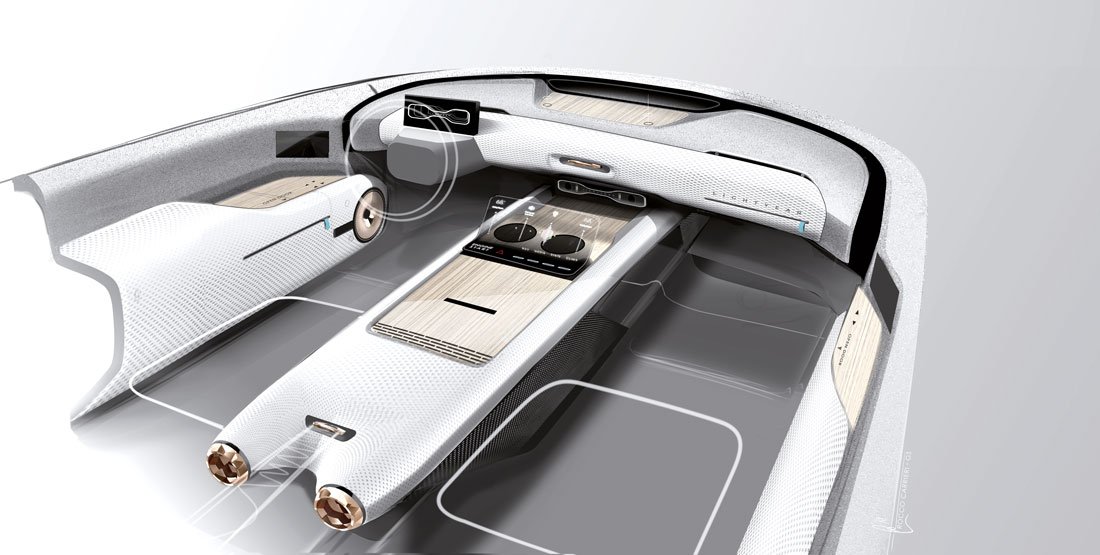 On the back of the synergy that materialised working with Lightyear designers, the Granstudio team has been able to combine its “performance design” skills with the values of the newborn Dutch brand as identified by their Brand Design Chief Koen Van Ham. Concepts such as freedom of use (the car recharges autonomously and allows you to travel even where there is no electrical infrastructure) and usability, as well as the desire to create a positive model related to the car, guided the project.

“Right from the very first sketches, the word “explorer” was often associated with the concept. An idea that translated into the layout of the One and was then developed entirely virtually, except for the physical ergonomic verification model”, says Virgilio Fernandez Hernandez, Chief Designer of the project for Granstudio. During the first stage of the work, in which Chief Designer Goran Popovic was responsible for the design setup, the creation of a “holistic” 3D model made it possible to view a synthesis between aesthetic aspects and technical and ergonomic content. 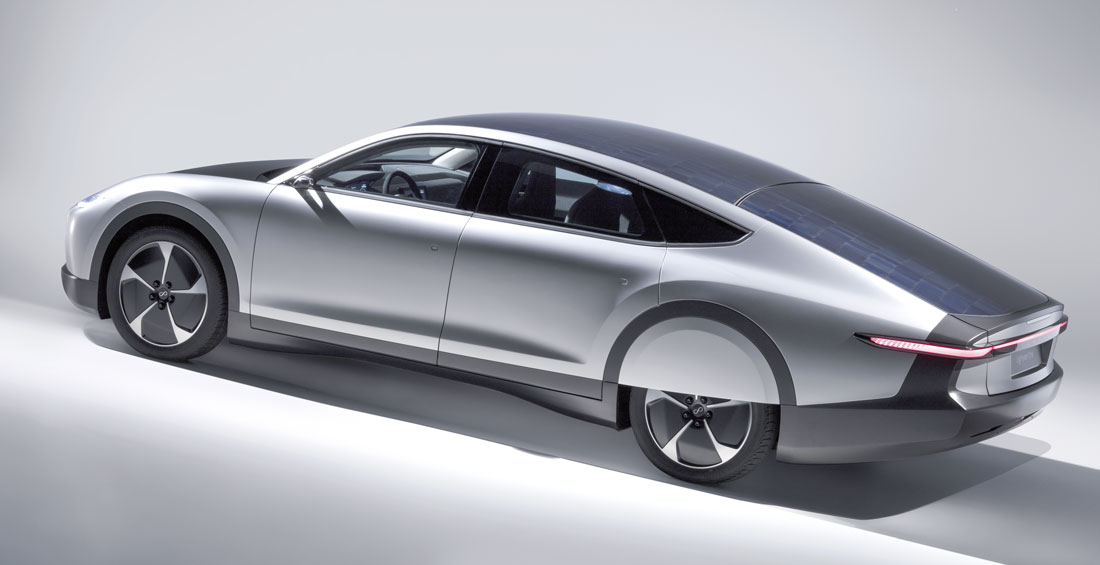 “In that moment we experimented with various solutions for the profile. The amount of surface occupied by the solar panels, however, led us in the direction of a long-tailed silhouette that we shortened visually by inserting the darker parts into the lower part of the side and the rear. The result of this was also to give the vehicle a more robust appearance, in line with the concept of exploration and freedom», says Vermeersch.