HISTORY AND MODERNITY (Auto&Design no.124)

With the Alfa Romeo 147, the Italian manufacturer offered a car capable of satisfying traditional “alfisti” and all those who would otherwise have turned to models such as the Volkswagen Golf or the Audi A3. Particular attention was paid to aspects such as the purity of the lines and shape and positions of the lights and the detail of the surfaces. The fold on the side of the car is similar to that of the 156 and 166, while the reliefs on the bonnet are very similar to those found on the 6C 2500 Villa d’Este, with Touring bodywork. 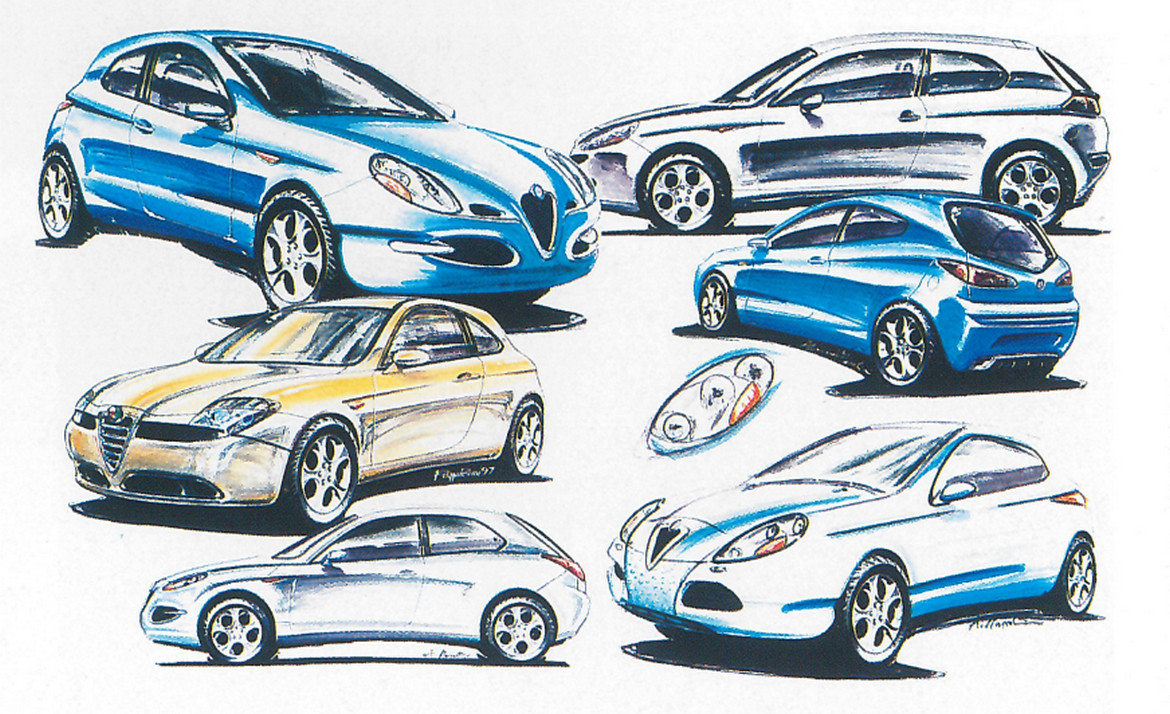 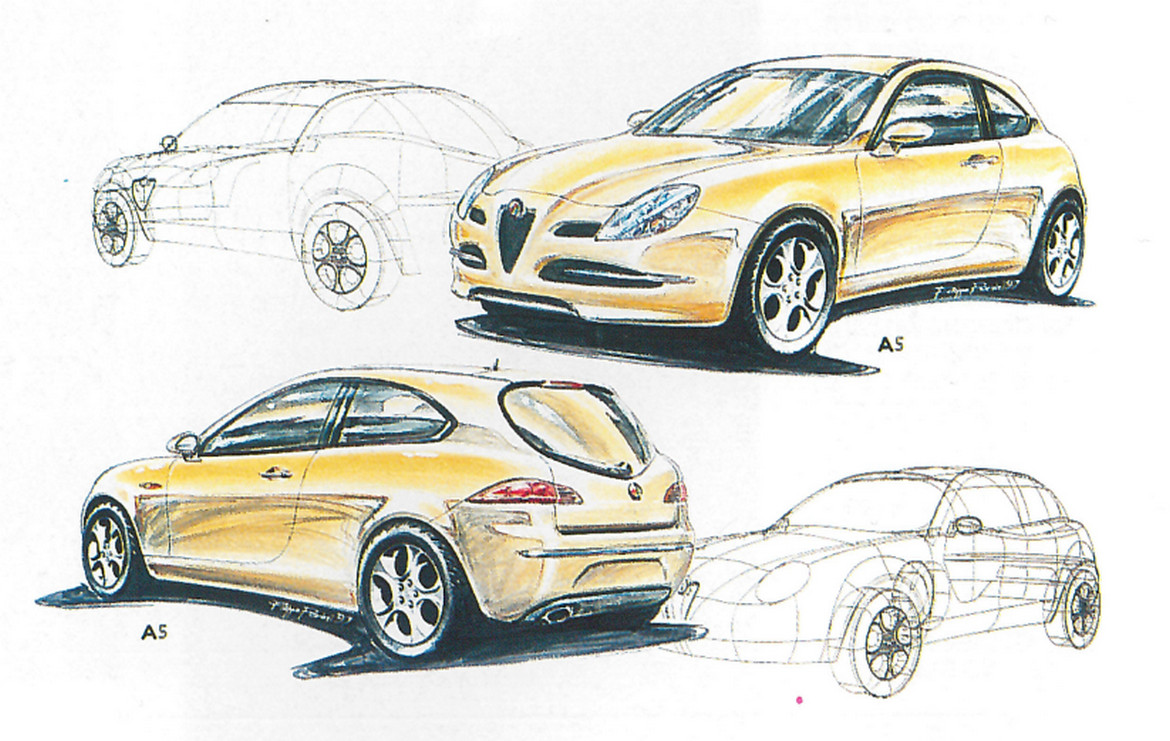 The beautiful vertical shape of the grille derives from the Alfa of the 1940s and 1950s. Although the floorpan is derived from that of the 156, the wheelbase is reduced by four centimetres and the suspension components in particular have been simplified and lightened as required by a larger car. Overhangs are visibly reduced, but remain deep enough to allow the 147 to meet the increasingly stringent crash safety standards. The volumes are compact, solid and muscular. 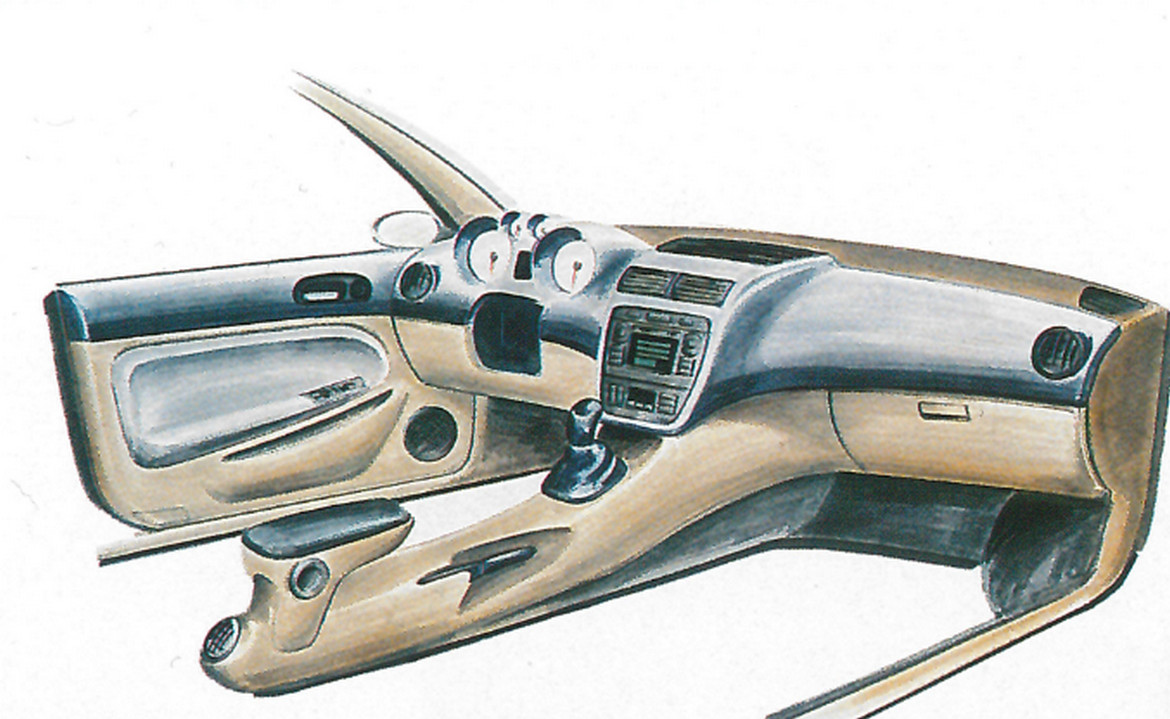 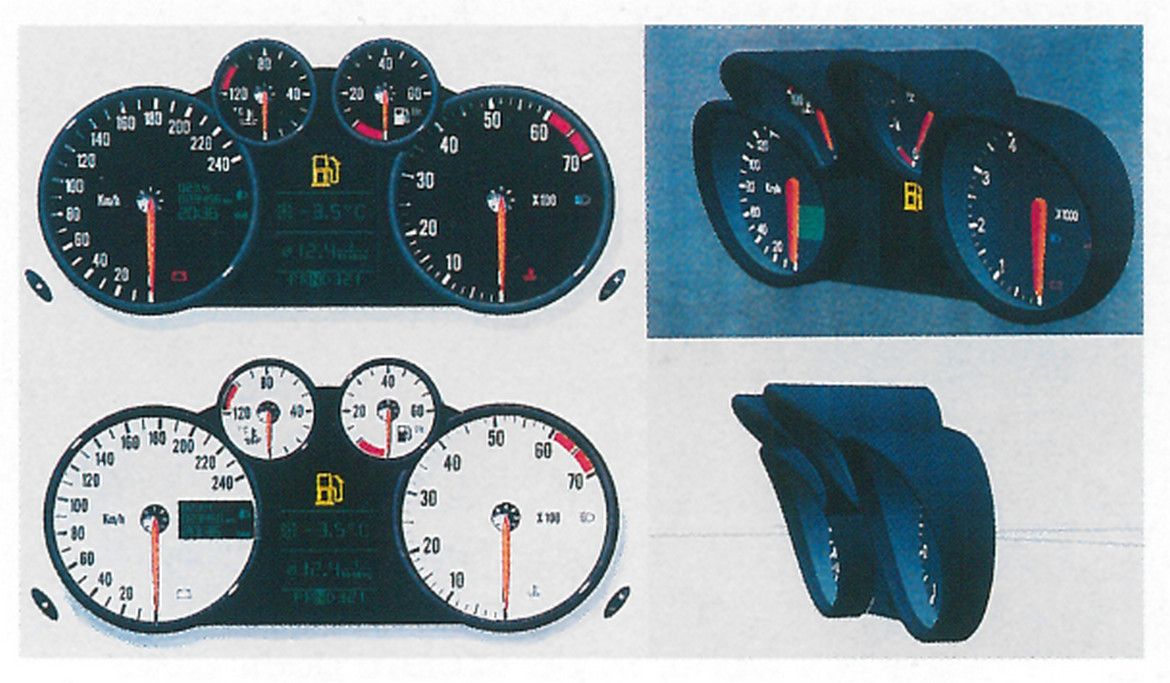 The aerodynamic fairing of the rear wheel arch edge improves the appearance of the side panel, while the sharp rear window is derived from the small production Alfa of the late 1990s. Particularly striking are the drop-shaped rear lights that extend along the sides and protrude to offer maximum visibility, inspired, according to Andreas Zapatinas (Walter de’ Silva’s successor to the Alfa Romeo design direction), by the 1959 Chevrolet Impala. 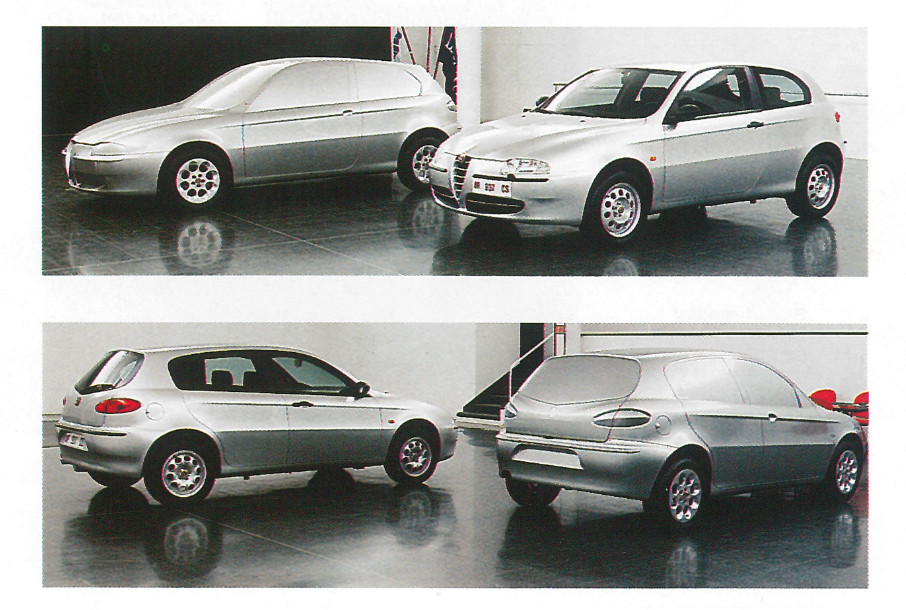 For the interior, the controls are intuitive and positioned where the driver expects to find them. The instruments are grouped in three circles, but the central one is larger and intersected by the two lateral ones. The first studies for the cockpit were conducted in 1998. The final model was frozen in 1998 and the “937” project was entrusted to chief designer Antonio Rosti who followed it until production started. The initial proposals for the 147 were also worked on by Stile Bertone, whose model had a frontal characterized mainly by horizontal lines, and Pininfarina, whose car was characterized by the presence of the large badge on the front.