Kept secret until the last minute, like any good birthday surprise, and created to astonish, to get people talking and to draw attention, this is a car as captivating and spectacular as a Hollywood blockbuster, whose rare thrills, however, only very few will ever sample: conceived as a one-off for a sole occupant – the driver – Egoista is the very essence of exclusivity. The idea to create this extreme single seater to celebrate the fiftieth anniversary of Lamborghini came from Walter de Silva, at that time Volkswagen group design chief. He sketched out the basic outlines of this supercar during his frequent flights for work: a snug central cockpit closed by a clear canopy like a fighter jet, which also inspired the central fuselage element of the body, giving shape to a trimaran front. “We’re going to make an egoist car” he told his designers, to explain this original and exclusive concept. 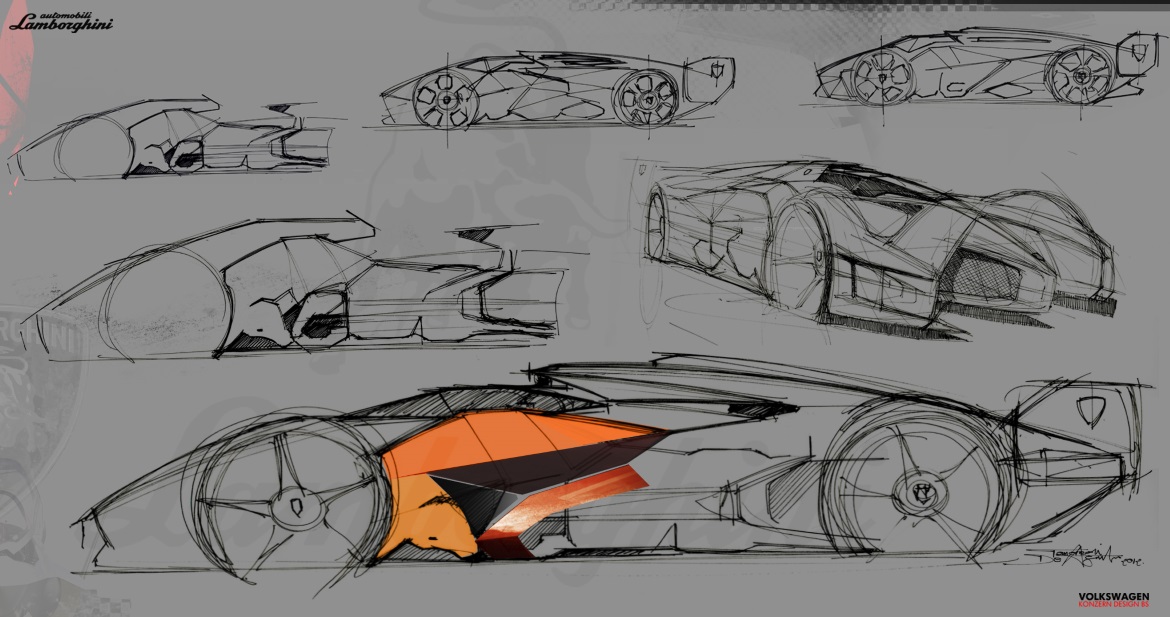 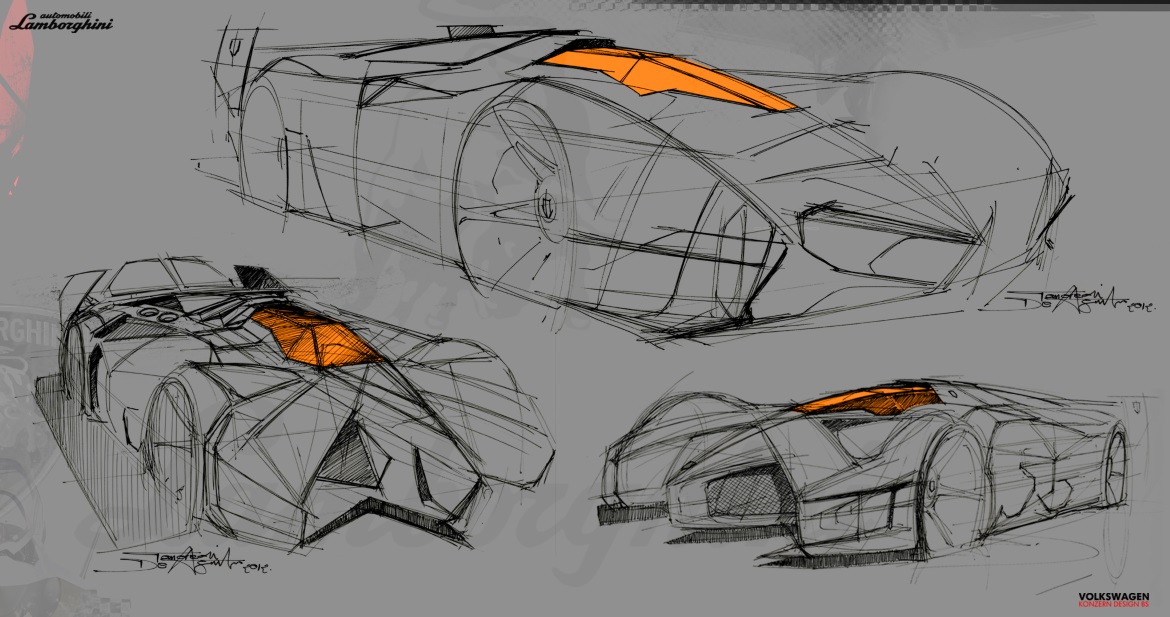 It was decided to develop this project far from the home of Lamborghini HQ in Sant’Agata Bolognese, in total secrecy and in a studio whose existence was still not publically known. Situated in Braunschweig, not far from Wolfsburg, the studio was headed by Alessandro Dambrosio – de Silva’s assistant and the director of Interbrand projects for Volkswagen Konzern Design – who set to work immediately to define the exterior style. “Put a bull in the flank view” was one of de Silva’s instructions at the start of the formal study stage, and the outlines of a charging bull pushing the front wheel – with the orange side marker where the eye should be – are clearly evident in the initial sketch. VW group Interior Design chief Stefan Sielaff was called in for the interior, and he and his team at the DCP (Design Center Potsdam) worked in close contact with the Braunschweig studio. 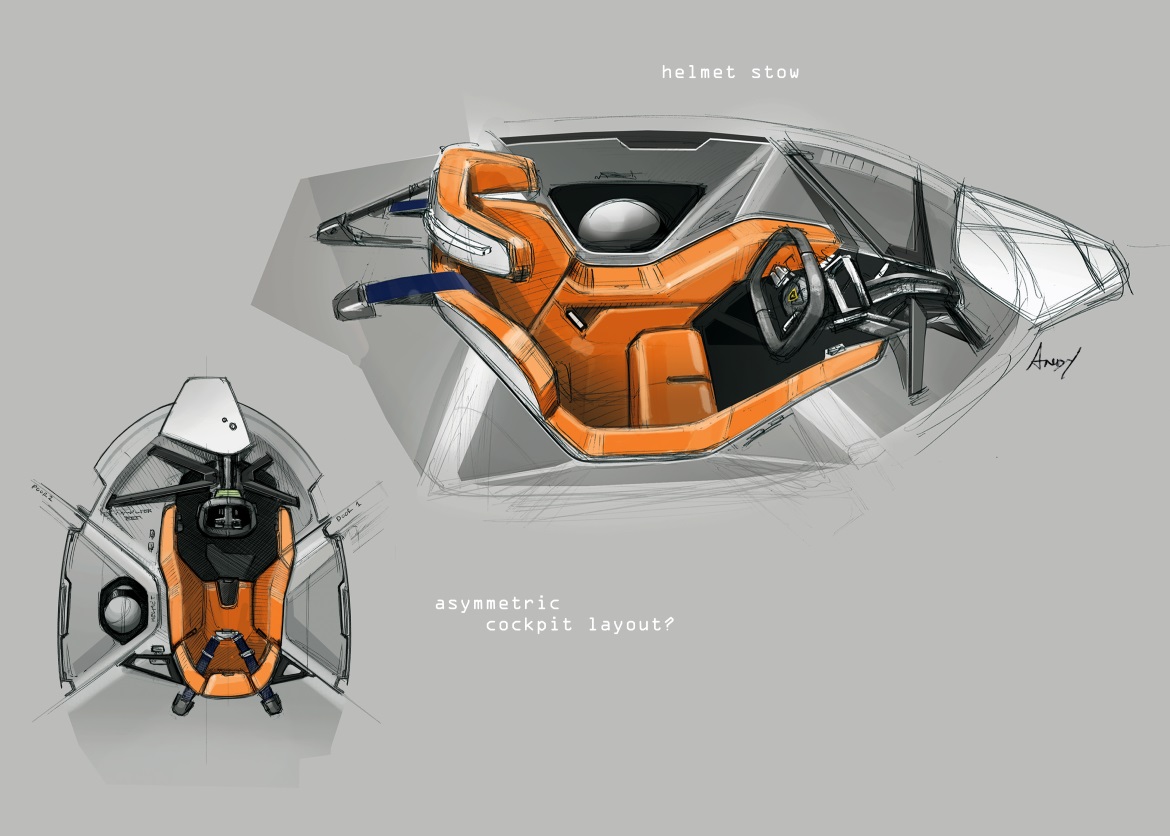 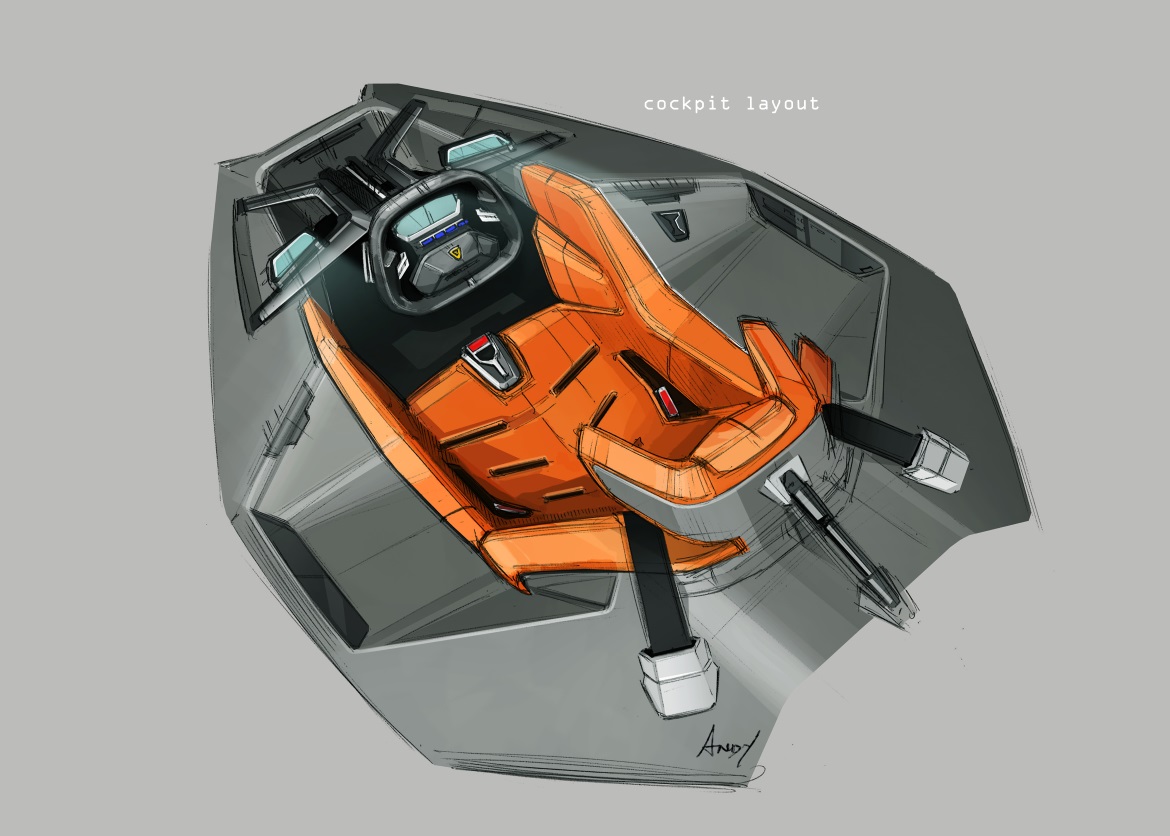 The idea was to create a cell enclosed by a transparent canopy, with the rear portion covered by a bodywork shell that slides backwards to allow the canopy itself to open. To find out more about this no-compromise one-off creation, we went to Braunschweig, where it all began. Seen in the flesh, the Egoista is even more astonishing than it is in the photos released to date, but also much easier to understand. The front is the most shocking – and unsettling – aspect, as there is no familiar car ‘face’, with a grille flanked by headlamps. To find the headlamps of the Egoista, you have to follow the beam of light back to within the two deep gullies separating the three pontoons of the front, which faithfully echoes the trimaran concept explored in the initial sketches. Just getting into the car is a unique experience: you step over the broad flank to climb into the cockpit, where a detachable steering wheel facilitates access as in a Formula 1 racer. Once the canopy closes, the impression really is closer to sitting in a jet fighter than in a car, although instead of a joystick there is a steering ‘wheel’ consisting merely of two lateral grips, topped by a head up display. Externally, red and green marker lights – just like the navigation lights on a plane – indicate the top of the roof. 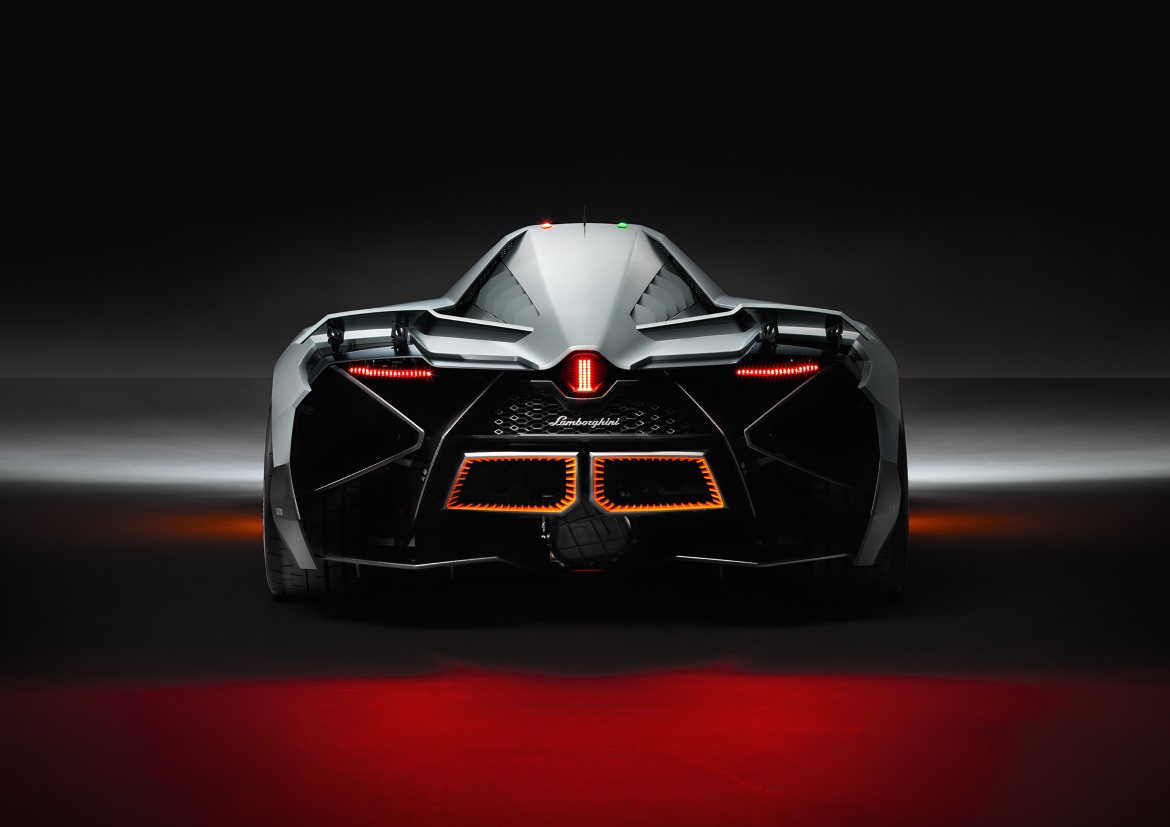 What is also particularly surprising is how a show car of such formal complexity could come from a champion of simple, harmonious lines and volumes like de Silva. He just smiles, however, and explains that “for once – and with the help of Alessandro Dambrosio and Stefan Sielaff – we wanted to play around with the idea of extreme design, to demonstrate how in this group, we can design any type of car, from the Polo sedan for emerging markets to the Egoista”. “It was a hedonist act – he says – but it is not merely the expression of an individual, as it also reveals a capacity to interpret the brand”. One thing is for certain – this is a car destined to make a lasting impression in the history of Lamborghini design.