Gordon Murray is one of the gods of Formula 1. A handful of world titles, first with Brabham and then McLaren, punctuated the European career of this South-African engineer, transplanted to England in 1969.

Having left the world of racing, between 1991 and 2004 he created supercars for the newly founded McLaren Cars, and it is his signature on that jewel that collectors compete for to the tune of millions: the McLaren F1. The T.50 is the latest creation of Gordon Murray Automotive, which he founded in 2007. “It is the logical heir of the McLaren F1”, he admits.

A shape dictated by aerodinamic studies

Let it be clear: “The T.50 couldn’t be and isn’t a copy of the F1”, Murray explains: “I never said to myself: I want to make another F1. If anything, I took the general ingredients of that one: lightness, naturally aspirated engine, manual gear change, timeless style”. There is a thread that joins the F1 and the T.50. It’s inevitable. Low and streamlined, the shape is dictated by a careful study of aerodynamics and the interiors are characterised by three seats with a central steering wheel. The doors and the bonnet are gull-wing and there is no spoiler at the tail, as with the F1. 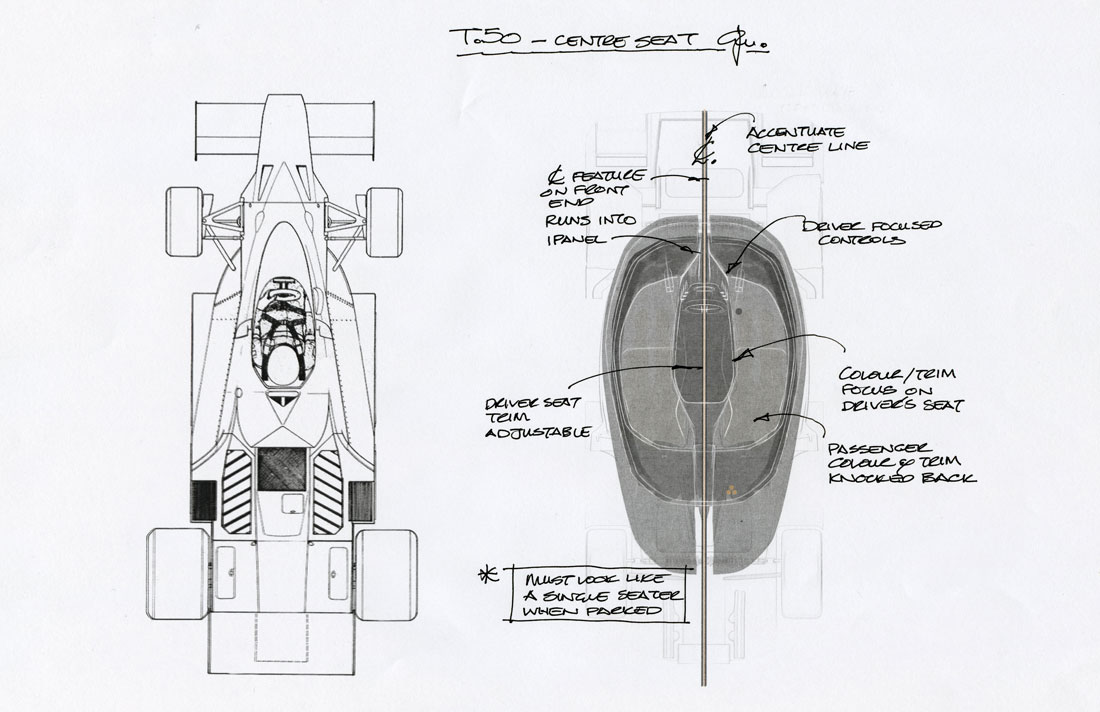 Pure design, for Gordon Murray, is what – for example – was done in the 1960s (“It never gets old”), and it’s no coincidence that his collection of 47 vintage cars is from those years (several Abarth and Zagato, Lotus and Osca, even a Ferrari). “My design philosophy,” he states, “is simple: clean, balanced, and classic lines, but, at the same time, modern ones, because I don’t want to be retro”. 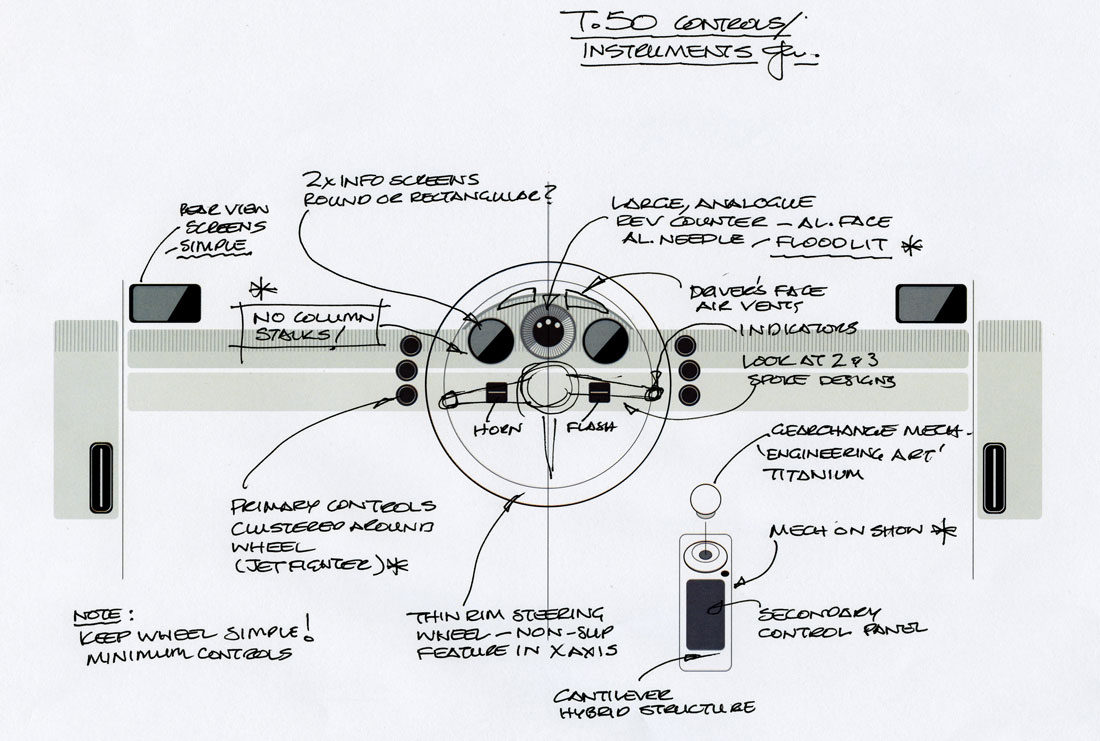 The chance presented itself at the end of 2017, on the occasion of an exhibition for his 50 years’ work in the car world. At the end of 2018, there were the first contacts with potential suppliers and, at the beginning of 2019, the beginning of the genuine design: he and two young designers (one for the interiors, the other for the exteriors). It was painstaking work: a month, for example, just to design the switches on the dashboard (no screen, no satellite under the steering wheel). 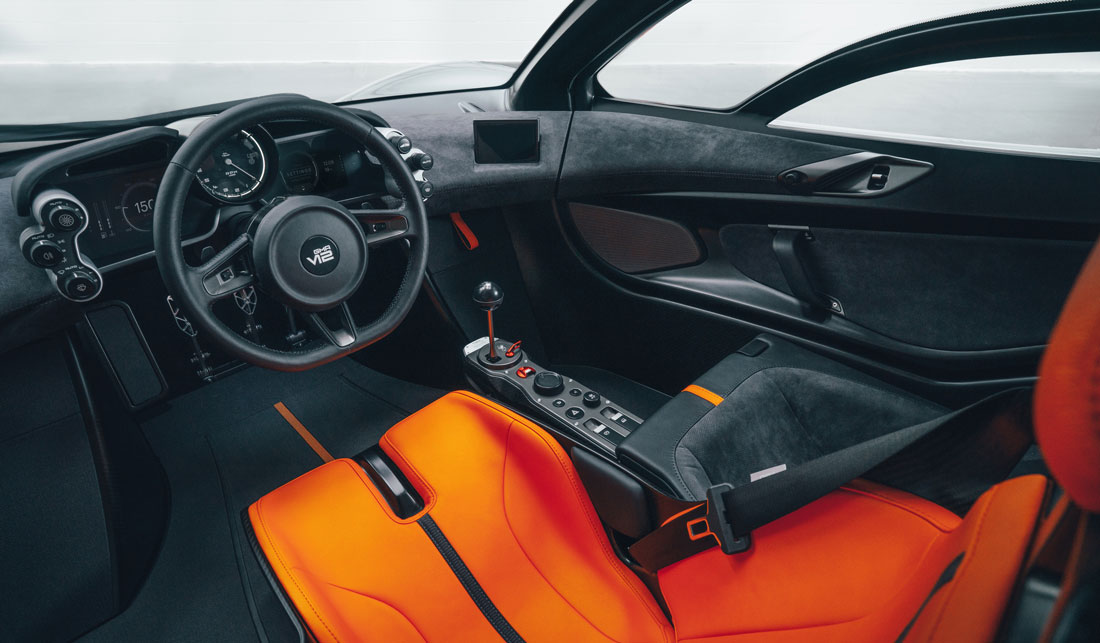 Design also for the engine

And then the engine, a 4-litre, 654-horse power, naturally aspirated V12 engine produced by Cosworth (the same, but modified, which will be mounted on a series of 25 units (the number of his Formula One victories) that Murray has dedicated to Niki Lauda, produced in 2023 and destined – these ones – for the race track): “I clarified, right from the beginning, that I wanted a beautiful engine, like the V12 that Gioacchino Colombo designed for Ferrari. No plastic covers, no visible belts and pulleys, yes to magnesium valve covers and no to carbon, yes to inlet trumpets”. The engine too, in an extreme but sophisticated supercar like the T.50, is design.