Akio Toyoda, president of Toyota Motor, has laid the foundation stone for Woven City, the city of the future and open-air laboratory that will cover an area of 708,000 square metres at the foot of Mount Fujii in Japan. The urban project was developed by Danish architect Bjarke Ingels Group. Below is the birth and development of Woven City as reported in Auto&Design no. 241.

Autonomous driving, artificial intelligence, connected environments, home automation – these are some of the concepts that will characterise daily life for those living in the future, a state that is closer than we can imagine. And if it is too complicated to adapt our cities to new technologies, better start from scratch. Woven City is the metropolis of tomorrow, according to Toyota: a genuine, open-air laboratory that will be built in Japan in early 2021 at the foot of Mt Fuji. It will cover an area of 708 000 m2. Inside this city, all future technologies will be tested: from self-driving cars to micromobility, from connected residences to digital personal assistants, all fed entirely by hydrogen. 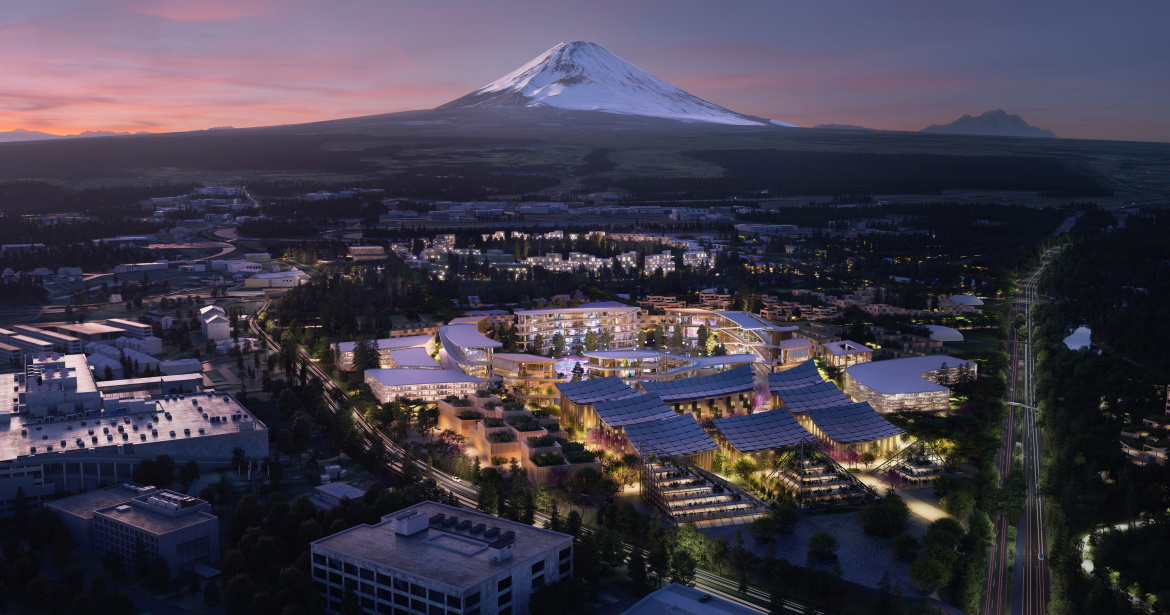 The Woven City construction project was born from an idea of Akio Toyoda, president of Toyota, and has been developed by the Danish architect Bjarke Ingels. Ingels is founding partner of Bjarke Ingels Group, one of the 50 biggest architectural studios in the world today. To design the city of the future, they began, oddly, with the past: the woven structure has a regular geometry based on perpendicularity, the same used by the ancient Romans. Although the Romans were far from the concept of the connected ecosystem, they were rather advanced in intuiting the potential of a regular urban geography. 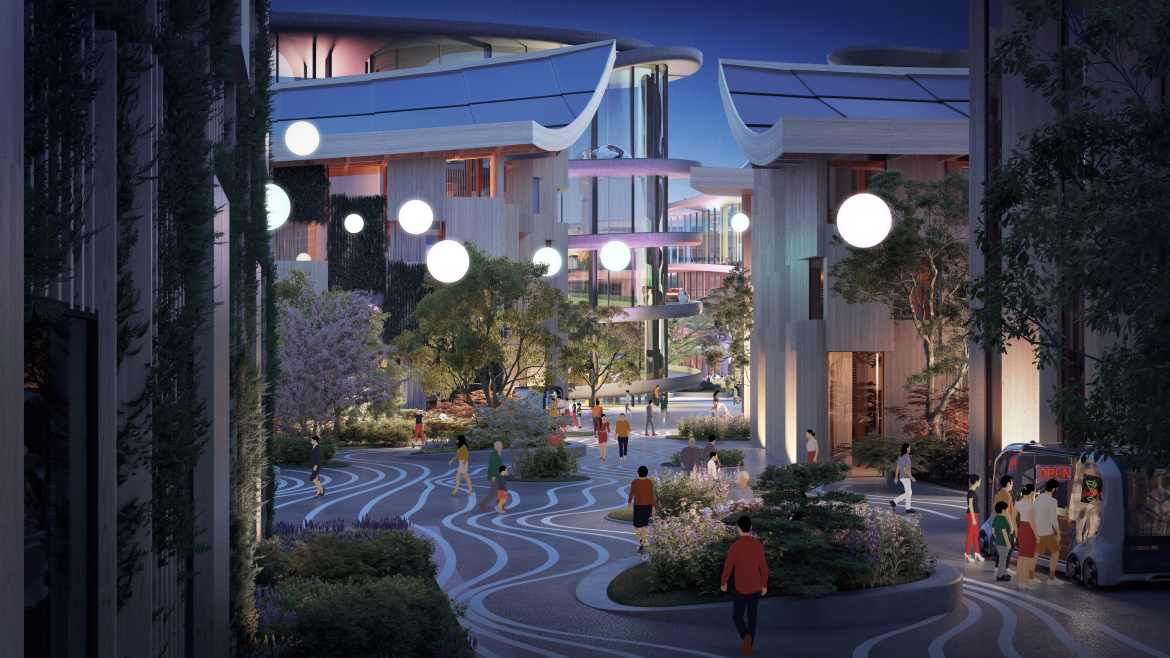 “Today all road users inhabit the same space with traffic and continuous dangers. For Woven City, we thought about subdividing the travel levels according to the type of mobility that the users employ. The first will be dedicated to fast, autonomous, zero emissions transport. The second will be used by micromobility vehicles and pedestrians. The third – reserved for those who move on foot – will feature vegetation and silence, like an enormous urban park”, Ingels says, from the presentation stage at the Consumer Electronics Show in Las Vegas. Woven City is subdivided into nine big, regular blocks, each one of which surrounds a public space where people can meet up. “In this way, not only do we create a more peaceful environment, but we animate a wide variety of intersections between humans, animals, vehicles, and robots”.

The buildings are a mix of glass and wood and combine modern stylistic elements with craftsmanship that is typical of Japanese carpenters, but they are manufactured using robotised production methods. The rooves of the houses are totally covered in small solar panels shaped like tiles, while cables and fibre optics run underground, connecting to enormous tanks for hydrogen storage. Also underground, there are kilometres of small tunnels dedicated to logistics: here, autonomous robots travel to deliver goods directly to the buildings above. But have no fear, human relations appear, nevertheless, safe: “In an era in which technology and social media are replacing our natural meeting places, Woven City will stimulate human interaction in the urban space of the future”, Bjarke Ingels assures his audience.