The Audi Q4 e-tron and Audi Q4 Sportback e-tron are a further development of the Audi design language for sustainable mobility developed by the company’s style centre under the direction of Marc Lichte. The electron-powered compact SUVs are inspired by the muscular design of the Audi Q4 e-tron concept (2019) and Audi Q4 Sportback e-tron concept (2020) show cars, which feature short front overhangs, generous wheel arches and sculpted lines. The models are based on the Volkswagen Group’s MEB platform specifically designed for electric cars. 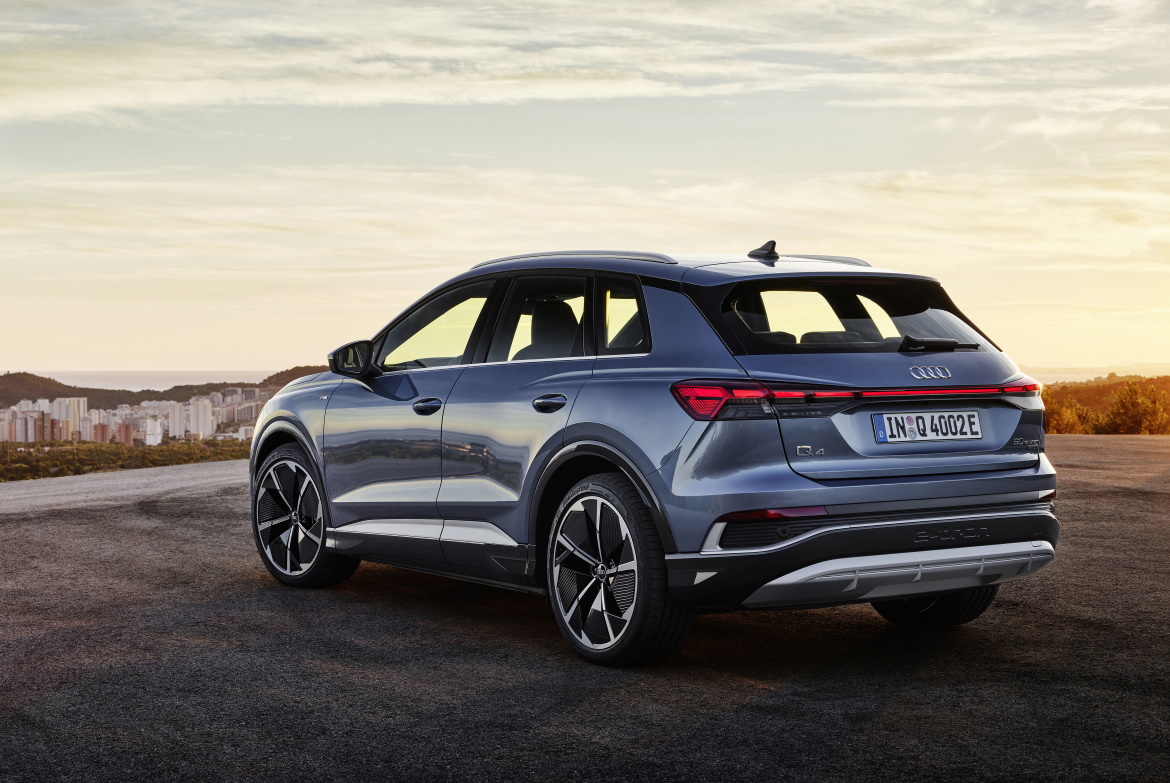 The Audi Q4 Sportback e-tron, in particular, has a sloping, coupé-style roofline and a sporty rear section whose dynamism is enhanced by a spoiler at the base of the rear window. Like the other models in the Audi e-tron family, form meets function: the manufacturer combines aesthetics and efficiency in terms of both aerodynamics – the coupé version of the German SUV has a drag coefficient of 0.26 – and habitability. 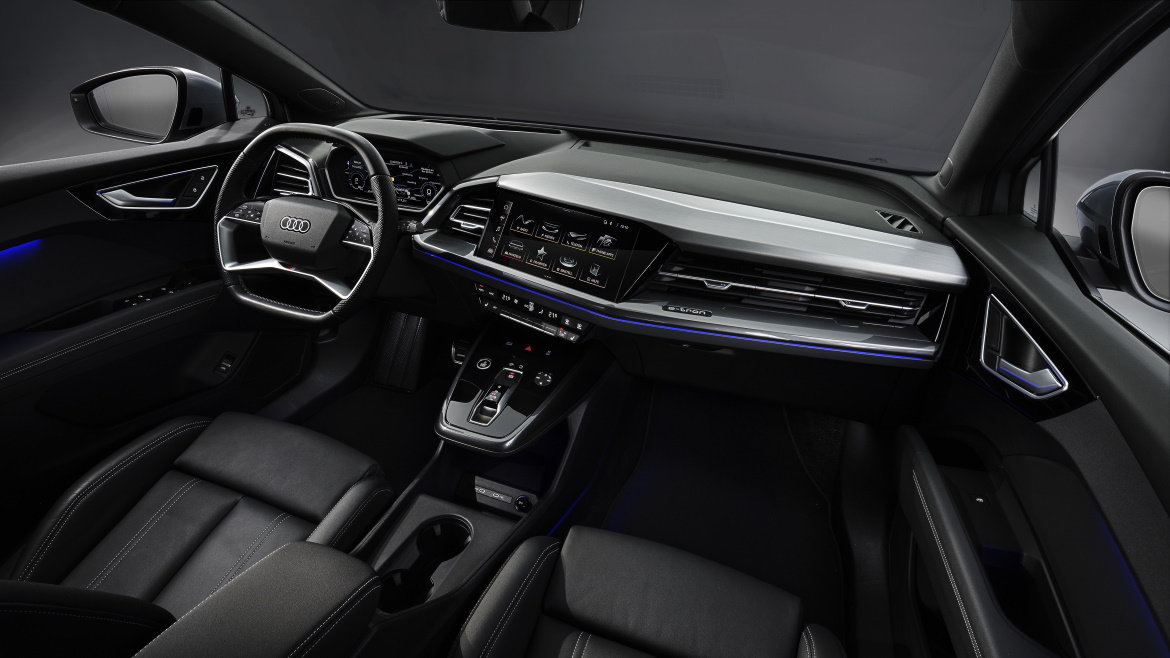 The avant-garde character of the Audi Q4 e-tron range extends to the Matrix LED headlights. They combine adaptive high beam management, which promotes both individual and collective safety by preventing dazzling of other road users, with the possibility of choosing from four different light signatures that can be activated via the MMI after the car has been purchased – a world first as well as a market first. At the rear, a light band connects the rear light clusters, while the colour range features eight shades, including the all-new metallic purple and geyser blue. Standard styling is complemented by Advanced and S line configurations. 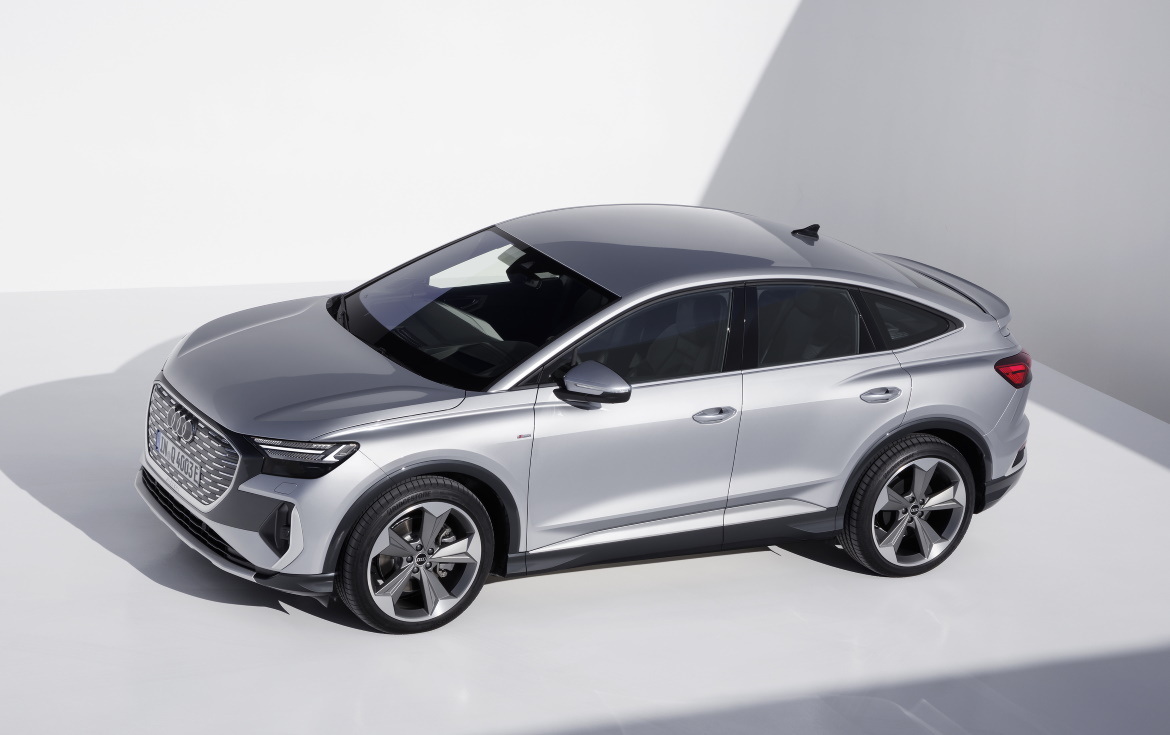 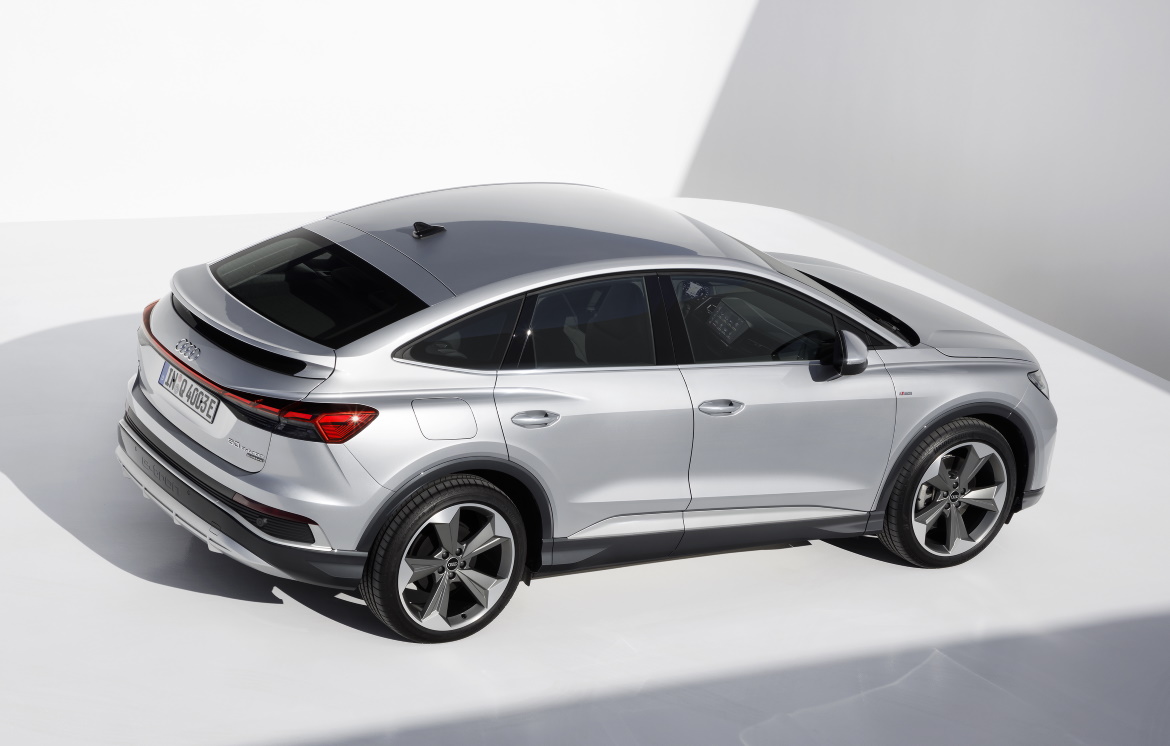 The interior highlights the vehicle’s hi-tech character. The instrumentation and the digital control concept take a leading role in defining the interior lines of the Audi Q4 e-tron. The dashboard is set between two volumes: the first, compact, on the left and integrating the air vent, the second, larger, on the right and extending to the passenger door. The MMI touch display is oriented towards the driver. Above the display is a decorative insert that links the screen to the upper part of the dashboard. At the base of the MMI touch display are the climate controls, which also face the driver. Below these, a black panel-look peninsula extends into space and houses the transmission selector, the capacitive volume control wheel, the ignition button, the switch for the four arrows and the buttons for limiting the stability control and selecting the driving program of the Audi drive select system.