LAND ROVER DEFENDER 90: THE MOST ICONIC

Right from its debut, the new Land Rover Defender was a case of design. The phenomenon is still not finished because, after the five-door 110, the more compact 90 arrived and the Defender family will grow even bigger in the future. We talked about it with Massimo Frascella, Land Rover Design Director.

The two versions were conceived together, seeking a balance between the iconic nature of the 90, probably the most direct heir of the Defender of the past, and the dynamism of the 110, which is more practical and versatile. At the beginning, we concentrated on the concept, seeking to create a formal language that was strongly based on the proportions and road presence, we evolved a “design language” and applied it to both versions.

Everything began with the LR1 concept. How close is the production Defender to the prototype?

It’s incredibly close. The concept was the climax of the creative work that we carried forward for some time and helped us define the essential shapes of the new Defender. Thanks to the LR1 concept, we understood the enormous potential of this model, and that we were on the right path. I remember everyone’s euphoria during an internal presentation of the model with Mr Tata when a prototype came down a very steep ramp: that day, a legend was reborn.

In order to understand the importance of this concept, you just have to observe the production Defender: in all these years, we have had them both in the style centre, one near the other, and they are two of a kind. Every time that we look at them, we realise that we have completed a mission. It wasn’t an easy journey, but all the departments, from design to engineering to marketing, worked with the same enthusiasm. 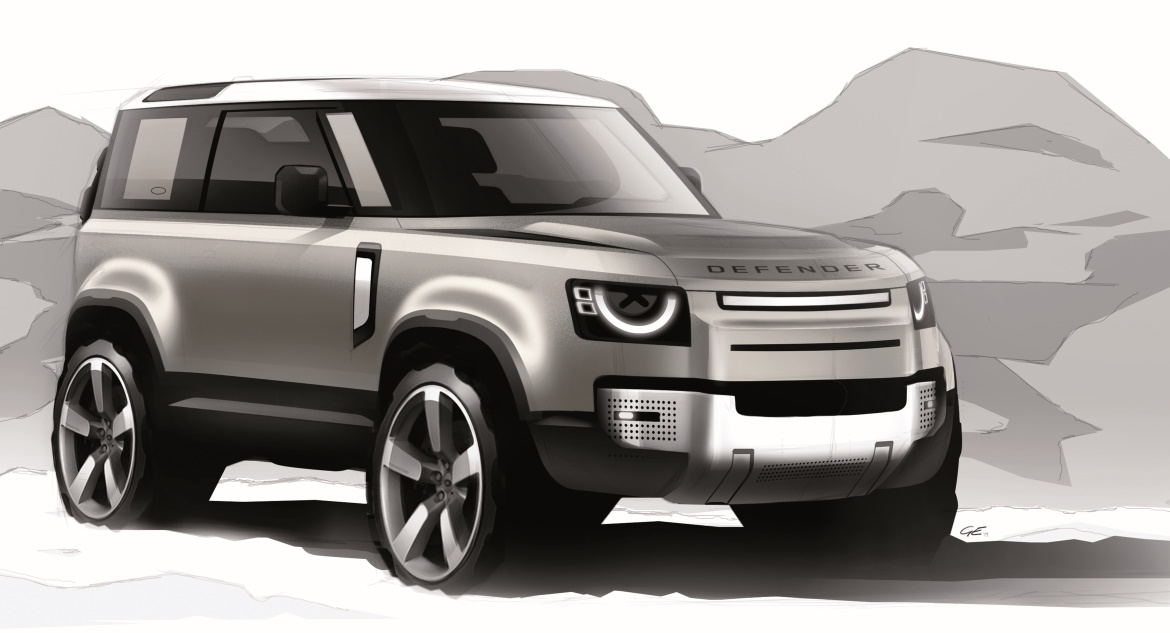 Didn’t you feel any fear in approaching such an iconic vehicle?

There were two ways of approaching the Defender project: feeling the burden of such an important history, or almost forgetting it and running wild, letting our passion speak. When you interact with a legend, looking in the rear-view mirror doesn’t help the project that is being conceived because you risk being crushed by the weight.

The image of the Defender is so well defined that it would have been impossible not to create a link with the past, without slipping into retro design. The last thing that we wanted to do was to have a retro version of the vehicle, but our intention was to put forward a Defender adapted to and in line with our times, one that was perfectly contemporary, and that responded to the needs of new customers.

And who are the new Defender customers?

We knew that some of the more traditionalists probably would not have followed the path of this new Defender. I believe, in any case, that we must look ahead: today, this vehicle is able to cope with more difficult off-road routes than its predecessor, but, at the same time, it offers high levels of technology and comfort.

Last year, I went on a wonderful journey with the Defender in Italy, starting out from England, covering thousands of kilometres, and also attempting several off-road routes: with the preceding generation, it would not have been possible to achieve such a level of comfort. The spirit, in contrast, is the same in a mix of safety, the total absence of limits, and reliability. 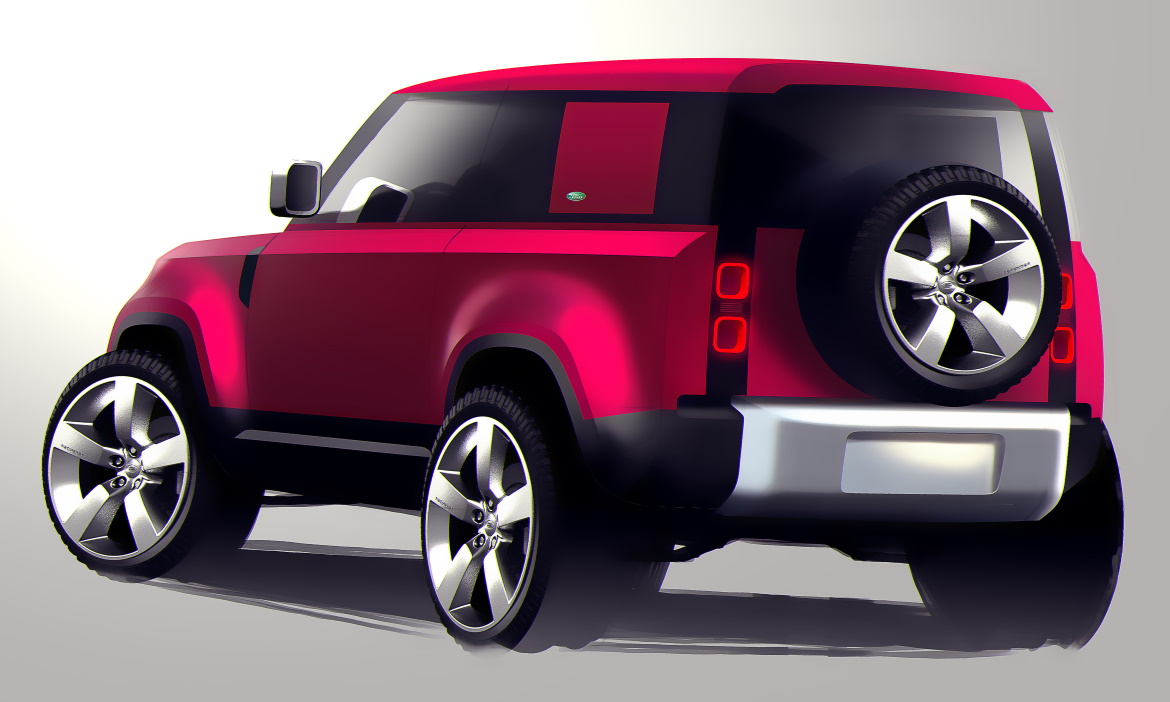 What are the customer profiles that you imagined for the 90 and 110?

Both vehicles are extremely dynamic and spacious. The 110 has a greater level of practicality; the five doors can make all the difference, especially for people with children. The 90, perhaps, lends itself to more urban use and reconnects to the iconic image of the Defender: its particularly well defined character is for a customer who maybe seeks a greater connection with the legend of the past.

Have you reserved any stylistic peculiarities for the 90?

The general design elements are basically the same. Both the models, for example, have the same approach and departure angle, very short overhangs, and the famous square pillar. This visual element, which is so important and distinctive, re-establishes that proportion that there needs to be between glazing and bodywork that could, otherwise, be too elongated. Besides, what vehicle in the world, if not the Defender, can permit itself a square as a pillar?

And what will the future of the Defender be?

Let’s look at all the possibilities for such an important vehicle. Historically, the Defender has always been a vehicle that was available in many different versions belonging to the same family. In this way, we have enormous possibilities for the future; it is part of the model’s DNA. The design that we developed lends itself to many, more-or-less radical interpretations of a theme that can be traced back to the same model. We could make a comparison with the development of the Range Rover brand: initially, there was just one model in the range, then the Sport, the Evoque, and the Velar arrived.