The Aston Martin DBX has undergone a profound restyling in the name of increased performance, power and driving dynamics. The design team of the British manufacturer led by Marek Reichman wanted to tell this transformation through powerful and muscular shapes. The result is a vehicle that is distinctly sporty but with the style and attention to detail for which Aston Martin has always been appreciated. The new front end treatment includes a larger front grille and revised daytime running light design, as well as new air intakes and brake cooling ducts, along with a new front splitter profile. 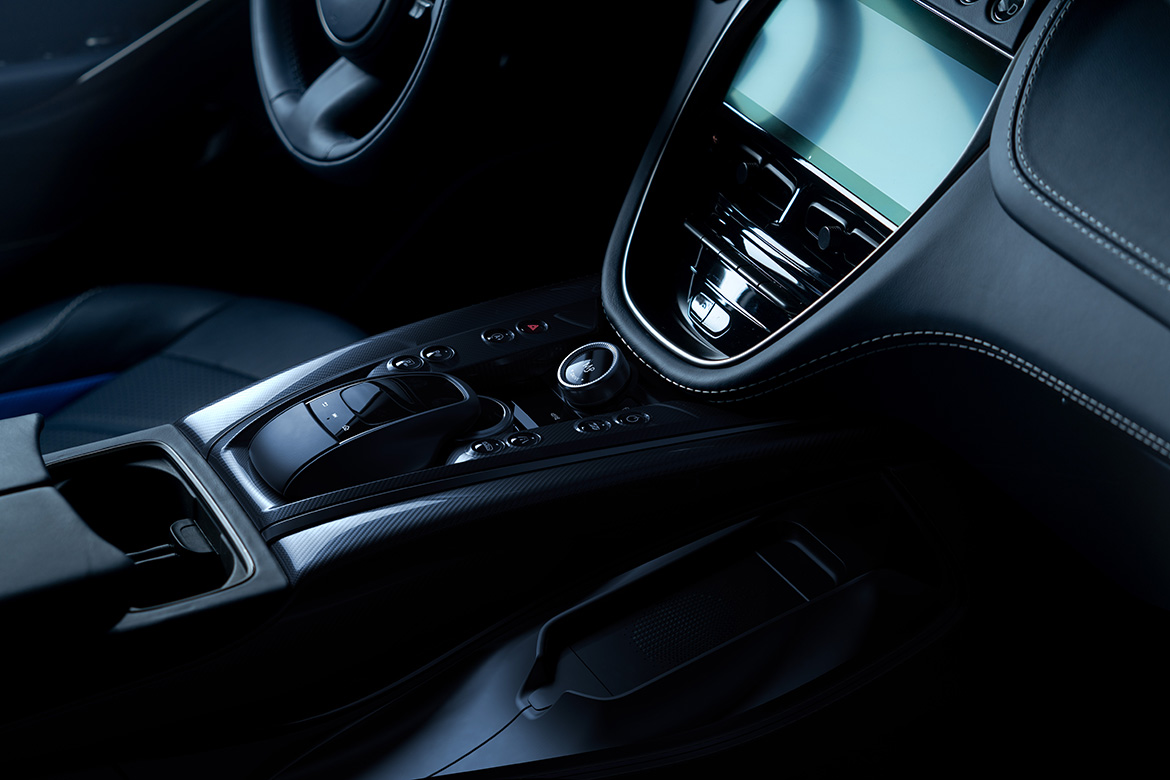 “The essence of the DBX707’s DNA lies in capturing the confidence derived from its dynamic superiority. When you’re driving such a dominant SUV, you don’t have to try too hard, so we focused on those design aspects that would instantly qualify the DBX707 as the highest performance model,” said Marek Reichman. The satin chrome grille, enlarged to significantly increase cooling airflow for both the ultra-high performance V8 and the new 9-speed transmission, features twin fins, the six horizontal bars have been split to achieve a more interesting visual effect and make the identification of this top-of-the-line model more immediate.
The treatment of the rear end is equally drastic. To elevate both aesthetics and aerodynamic functionality, a new flanged spoiler has been added to the roof to reduce lift and increase stability at high speeds, with a significantly enlarged twin rear diffuser to match the increased diameter of the quad exhaust system. 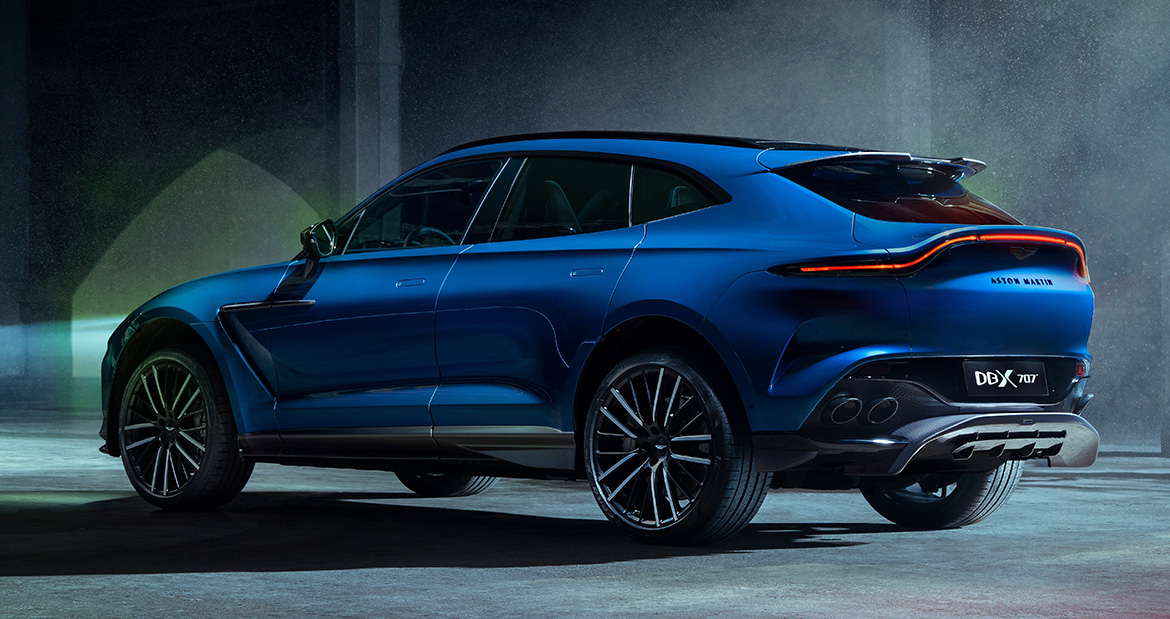 Similar to the exterior, the DBX707’s interior features a dark chrome finish on the shift knob as standard. You can choose bright chrome and carbon fiber as options. Piano Black upholstery is available as standard, while Carbon Fiber or Bronze mesh finishes are available as options. For customers looking to further enhance the exclusive nature of the DBX707 and create a truly unique product, Q by Aston Martin, the brand’s customization service, offers extensive options for bespoke detailing.