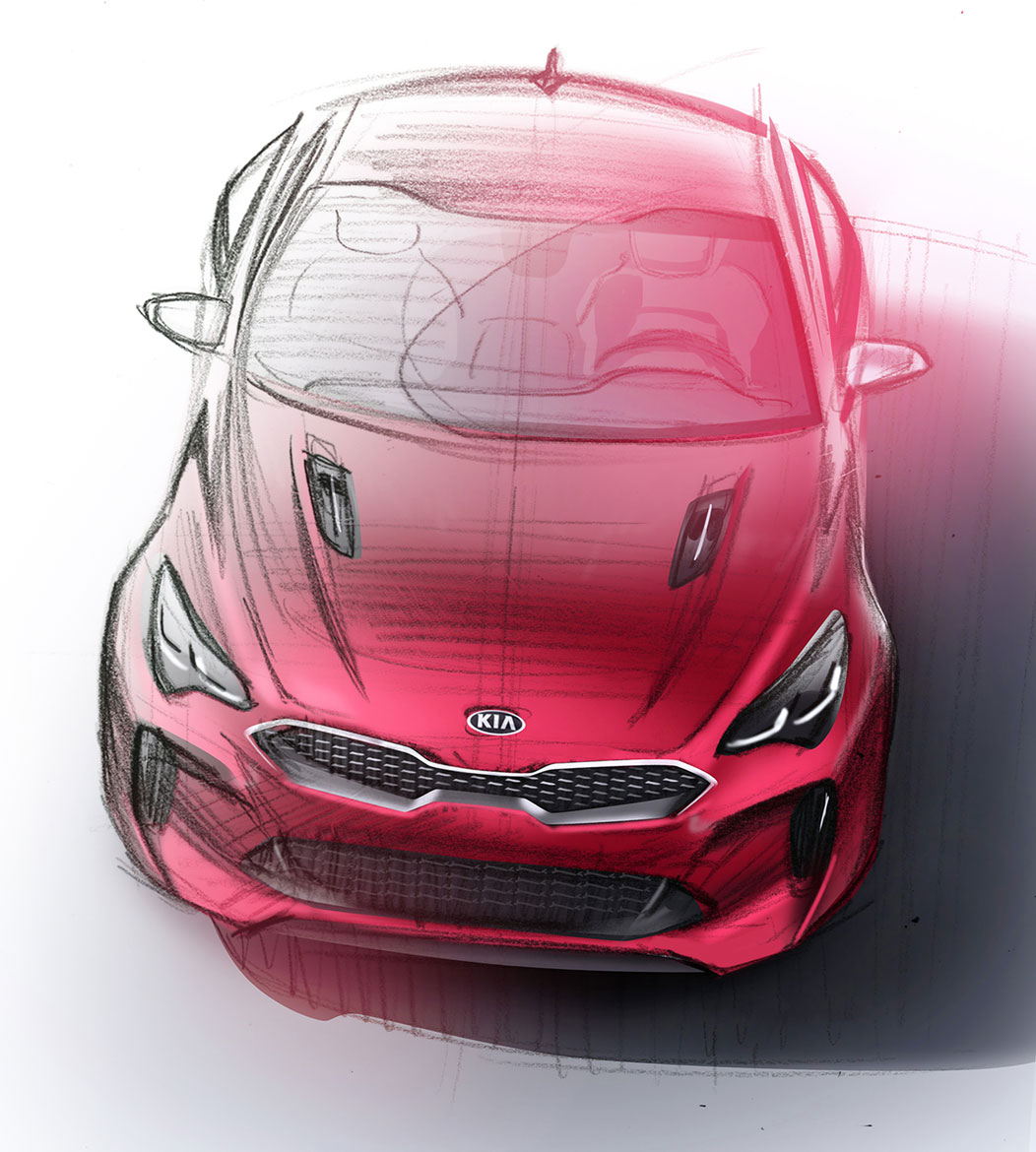 If it is true that red is the colour of burning passion, it is no surprise that this project has lit up with scarlet hues since the earliest sketches. A definitely sporty packaging, with a setup very close to that of a 4-door coupe, and mechanical parts according to the classical configuration with rear drive, fired the imagination of the designers. “My team and I adore this kind of car and we welcomed this opportunity with great enthusiasm”, explains Gregory Guillaume, Kia Europe chief designer, with an eloquent injection of energy in his voice.

“When I was a child going on vacation, in France, on the highways between Paris and the Côte d’Azur, I happened to notice some lucky tourists driving the first Maserati Ghibli. This was in the early seventies and I’ll never forget the allure of that Italian sports car and its perfect proportions. It had something that went beyond performance, that endowed it with a deeper, unique fascination. I tried to draw inspiration from this sensation for the lines of the Stinger”.

This is the reason why a specific profile, almost a fastback, was selected from the very start, notwithstanding some concerns regarding aerodynamic stability at high speeds, which were soon put to rest by adopting sophisticated solutions (including a flat bottom).

The forms as a whole, to tell the truth, seem to have remained virtually the same since the construction of the GT prototype in 2011, even in details such as the slender marker lights at the rear, that extend along the vehicle sides, and yet, an early definition does not seem to be an issue: “True, it took a long time to develop this car, because the mechanical parts had to be fine-tuned. Extensive tests were performed on the Nürburgring track. But I don’t think that this makes the car any less contemporary and advanced”, says the designer with conviction. 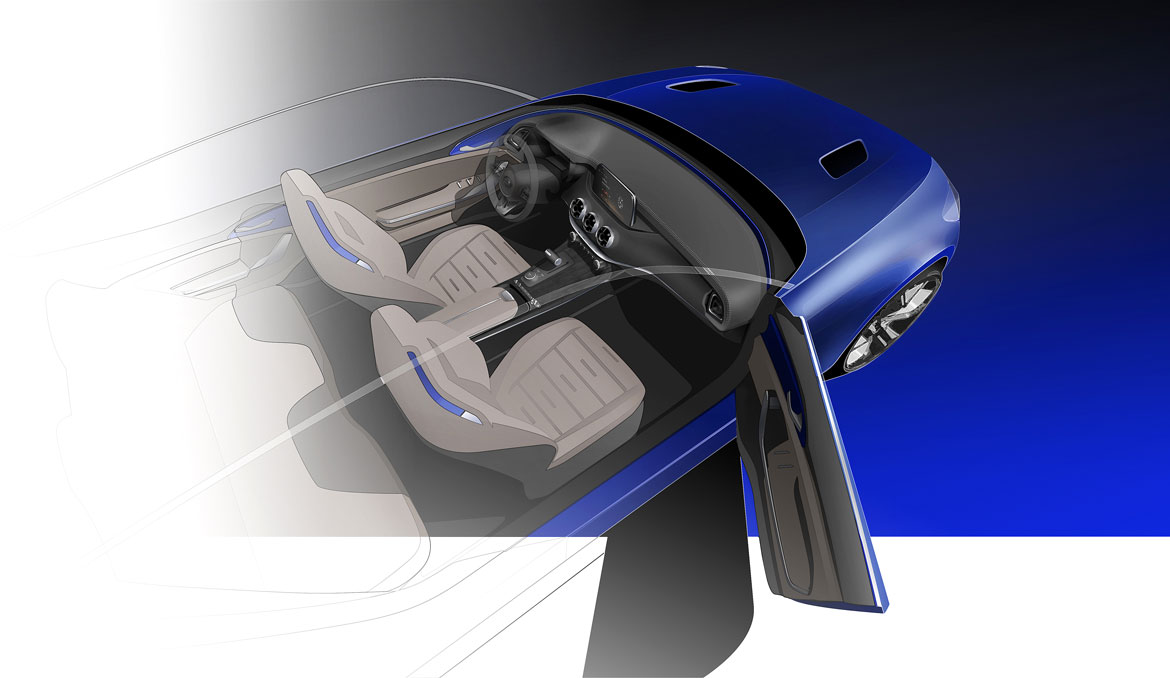 His words reflect his satisfaction for having conceived an object that is honest, consistent, visually true to its mechanical essence, and free from the constraints that are sometimes imposed by blazoned names: “It’s the engine configuration that determined the proportions by defining an ideal setup from the very start. At Kia we have always pursued clean, clear-cut design, where every line is justified: I’ve never seen this happen like this before. The fact that we had no rules to refer to for sports cars, a segment where the brand has never been present, was not a problem precisely for these reasons”.

In the interior, where an enveloping driving position brings to mind the cockpit of a supercar, we perceive through some aspects an intention to maintain an analog approach: instead of a TFT panel, the instrumentation uses traditional dials with hands, whilst the controls in general do not go for scenographic virtuosity. The stated objective: getting across a message of authenticity and passion.

Full article in Auto&Design no. 223