From one Geneva Motor Show to the next, 12 months lived intensely at the helm of the design department of one of the world’s coolest supersport car brands. We meet Mitja Borkert on the stand of the Swiss exhibit, where a year ago the house of the Raging Bull officially announced his appointment as director of the Lamborghini design centre, taking over from Filippo Perini and reporting directly to Lamborghini’s R&D chief Maurizio Reggiani. “For me, it’s a dream come true. Even when I was at Porsche, I always followed what Walter de Silva and Filippo were up to in Sant’Agata”, says Borkert. 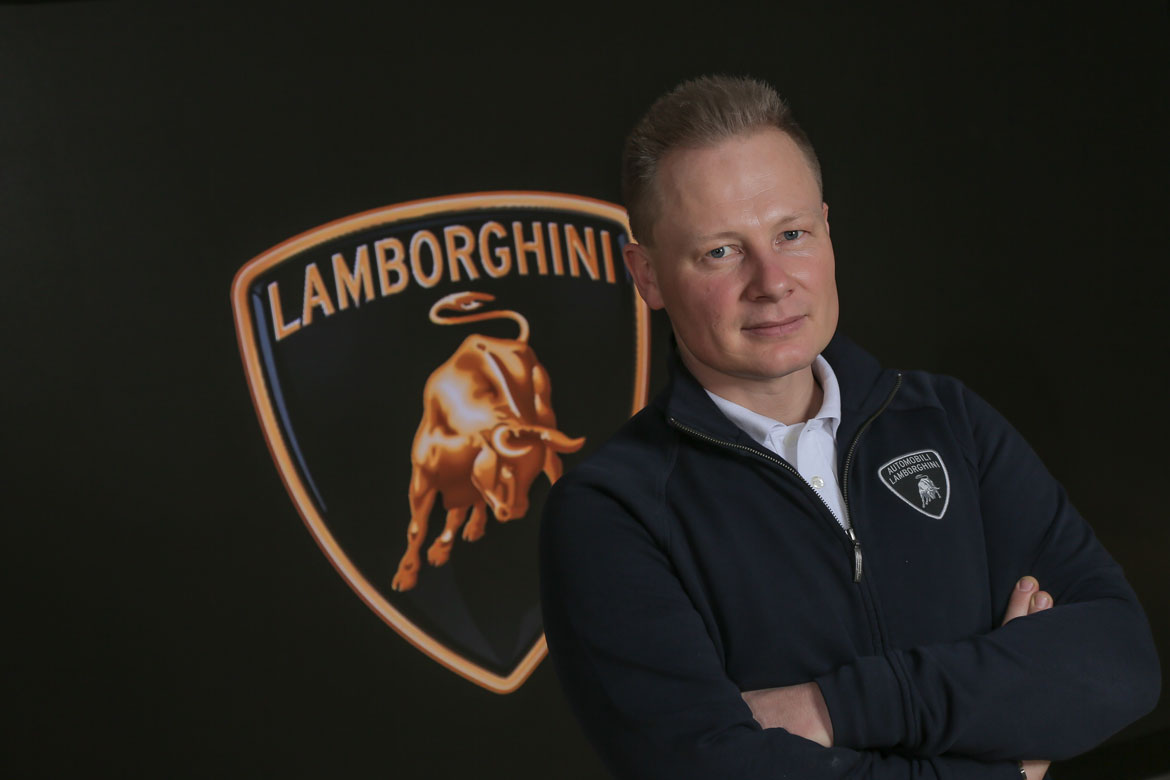 Indeed, the notion of a dream come true applies to the entire career of Mitja Borkert, born 43 years ago in East Germany, when the ill-famed Trabants were a common sight on the country’s roads. The fall of the Berlin Wall opened up unexpected opportunities for Borkert: he was able to graduate in Transportation Design from the Applied Science University of Pforzheim, and then, in 1999, got a job with the Porsche design centre, where he became head of Advanced Design, and, in 2014, director of Exterior Design.

And now he has been appointed as Lamborghini design director. A role that is indubitably the envy of any aspiring designer, and yet Borkert did not let success go to his head. “I look to the history of the brand and the designers who came before me. There are people like Marcello Gandini, whom I had the pleasure of meeting recently in Turin. He introduced key elements into our DNA, by designing cars that continue to be a term of reference. Surely, we know that Lamborghini never makes “2.0 models”, our philosophy wants us to start from a clean slate every time, and I have every intention of strengthening this DNA”.

His formal reference par excellence is Gandini’s original Countach, a car displaying stylistic features that would return in future models. “Every Lamborghini must have a central line”, he explains as he sketches a silhouette, “as well as the diagonal sign on the bonnet, or the diagonal shapes on the tail section. We shall emphasise even more the typical “accelerated” arch of the rear wheel house. Nor should we forget that a Lamborghini stands out first and foremost for its proportions, which are the envy of everyone, and its extremely low-slung car body with plenty of angular lines”.

The same proportions, ensures Borkert, will also be seen on the Urus, the much awaited sport utility, which, as declared by President and CEO Stefano Domenicali, will be launched at the end of the year. Upon joining Lamborghini, the German designer found this project near completion, but was still able to refine a few details. In actual fact, his first creation is the Centenario Roadster, unveiled at the Monterey Car Week in California last August. “The Centenario coupé had just made its debut in Geneva, and with Alessandro Salvagnin, advanced design manager in charge of concept cars, we immediately set to work to design the open version”.

Then came the Aventador S, “embodying the brand’s focus on purity, with its streamlined, essential lines”, and the Huracan Performante, unveiled in Geneva this year, “a perfect expression of the mood at our styling centre, the boys are like me, race cars, motorbikes and aircraft fans”. Needless to say, of the other projects underway Borkert cannot speak yet. But he wants to make it clear: “The year spent at Lamborghini has been the most creative in my entire career”.

Full article in Auto&Design no. 224