RENAULT R5, BETWEEN PAST AND FUTURE (GALLERY)

Gilles Vidal’s first project at Renault has its roots in the past. In just a few months, the head of Renault design and his team have created the R5 Prototype, a concept car strongly inspired by the Renault 5 of the 1970s, which will become a 100% electric production model in the next few years, as announced by CEO Luca de Meo at the presentation of the “Renaulution” strategic plan. “The design of the Renault 5 Prototype is inspired by a cult model from our heritage. This model simply embodies modernity, a vehicle rooted in its time: urban, electric, fascinating”, comments Vidal who is making his first appearance at Renault alongside this concept car. 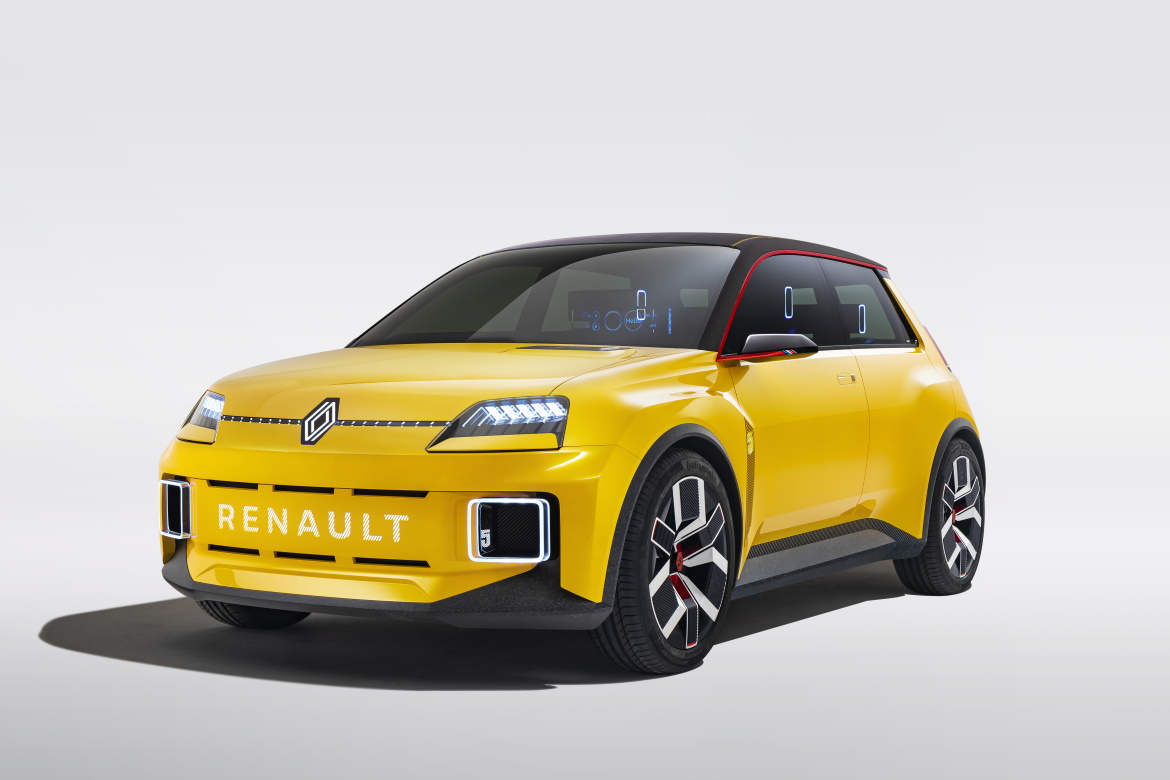 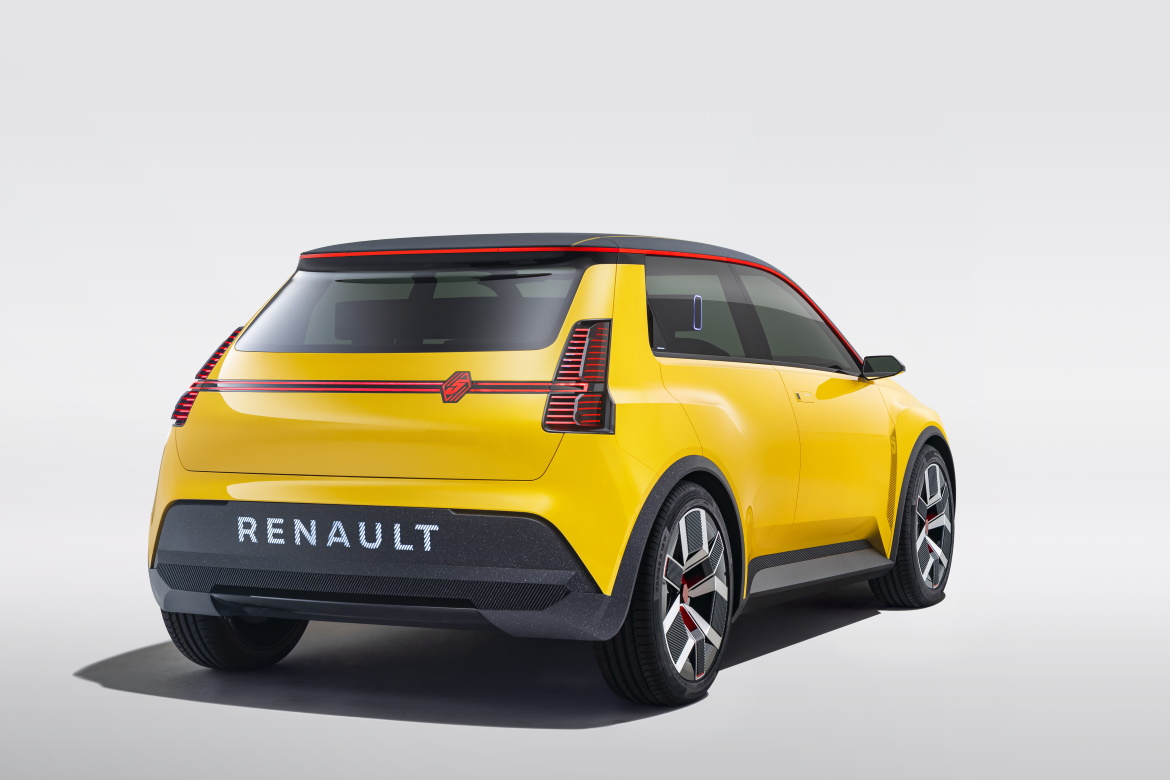 The R5 is instantly recognisable, but thanks to the modern treatment of lines and surfaces with futuristic details (such as the headlights and front end), the result is a thoroughly contemporary design. The styling elements inspired by the original R5, but modernised, conceal modern functions: the bonnet air intake conceals the charging flap, aerodynamic deflectors are integrated into the rear lights and the fog lights in the bumpers have become daytime running lights. The side grille, wheels and rear logo echo the original ‘5’. 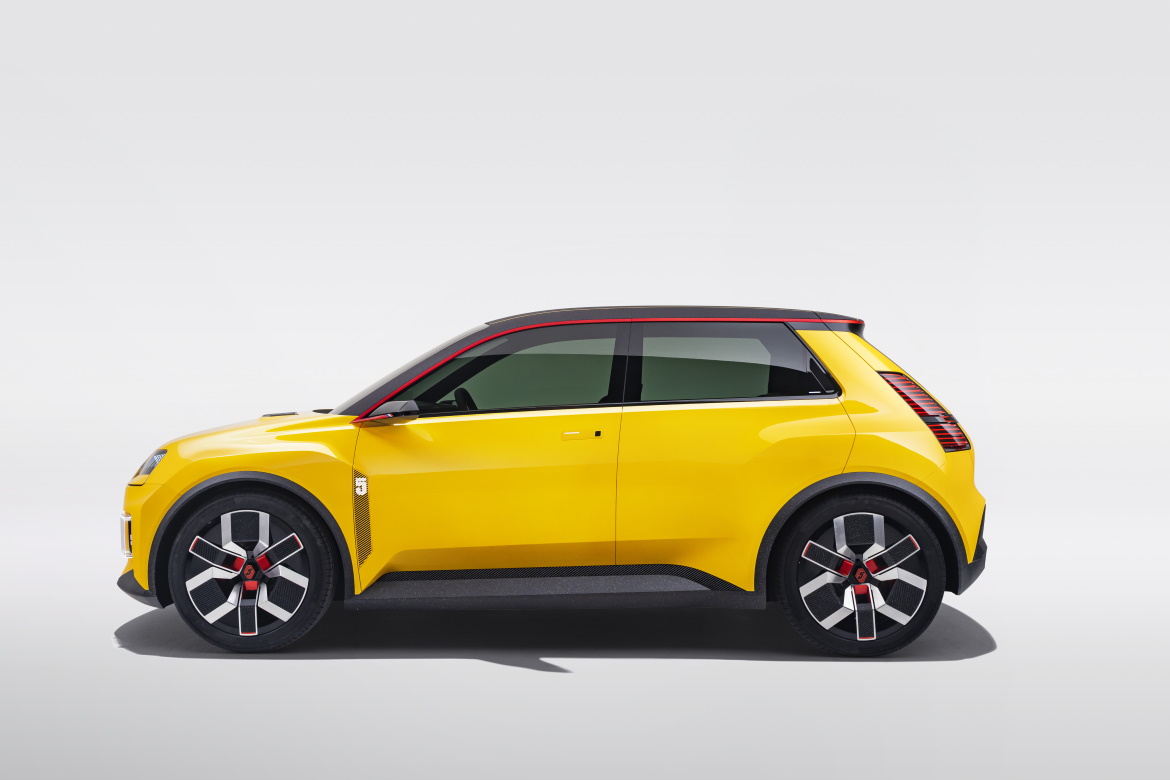 The front and fabric roof are reminiscent of the world of interior design to give the vehicle a touch of “all-French” charm, a hint of mischief and personality that plays on nostalgia. At the front and rear, the logos light up to bring the car to life. Finally, the French flag on the exterior mirrors emphasises the “French touch” of the vehicle, as the headrest lights and the information displayed on the small transparent dashboard display invite you to climb aboard and hit the road. 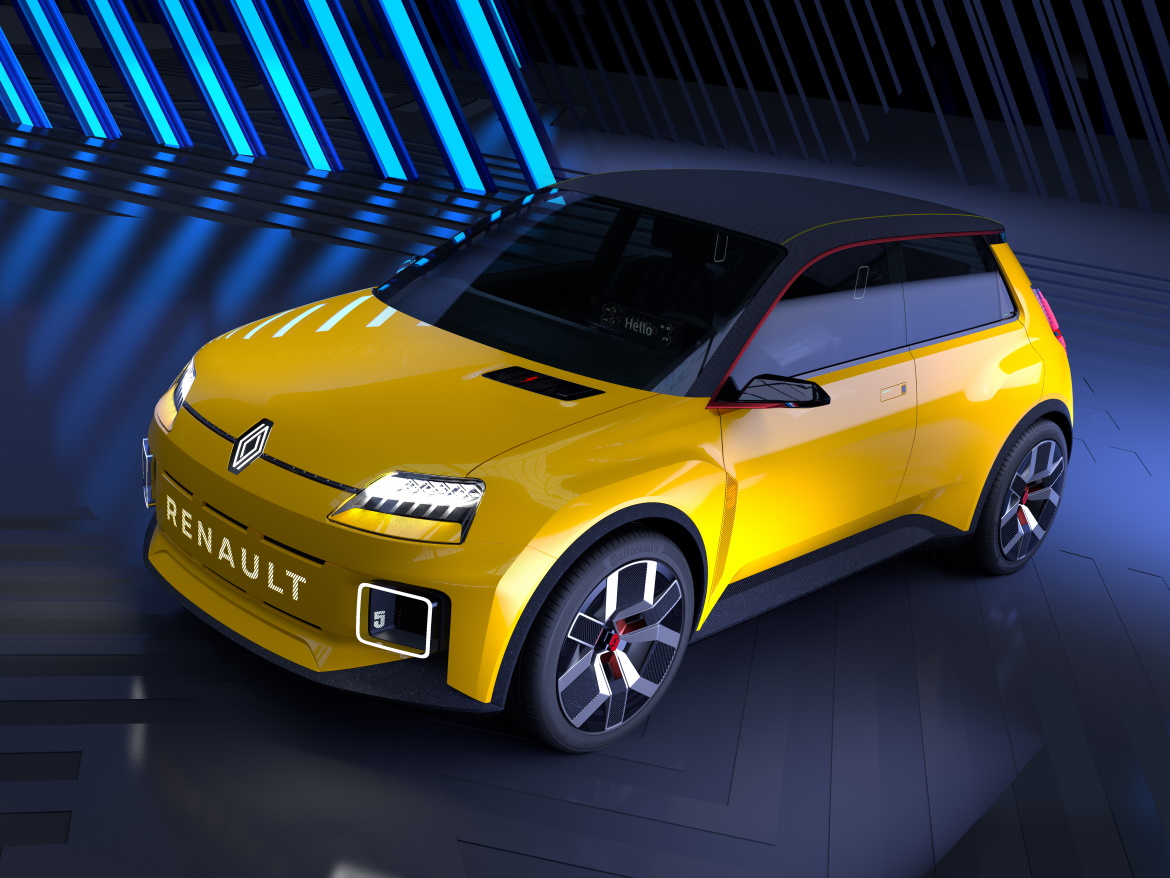 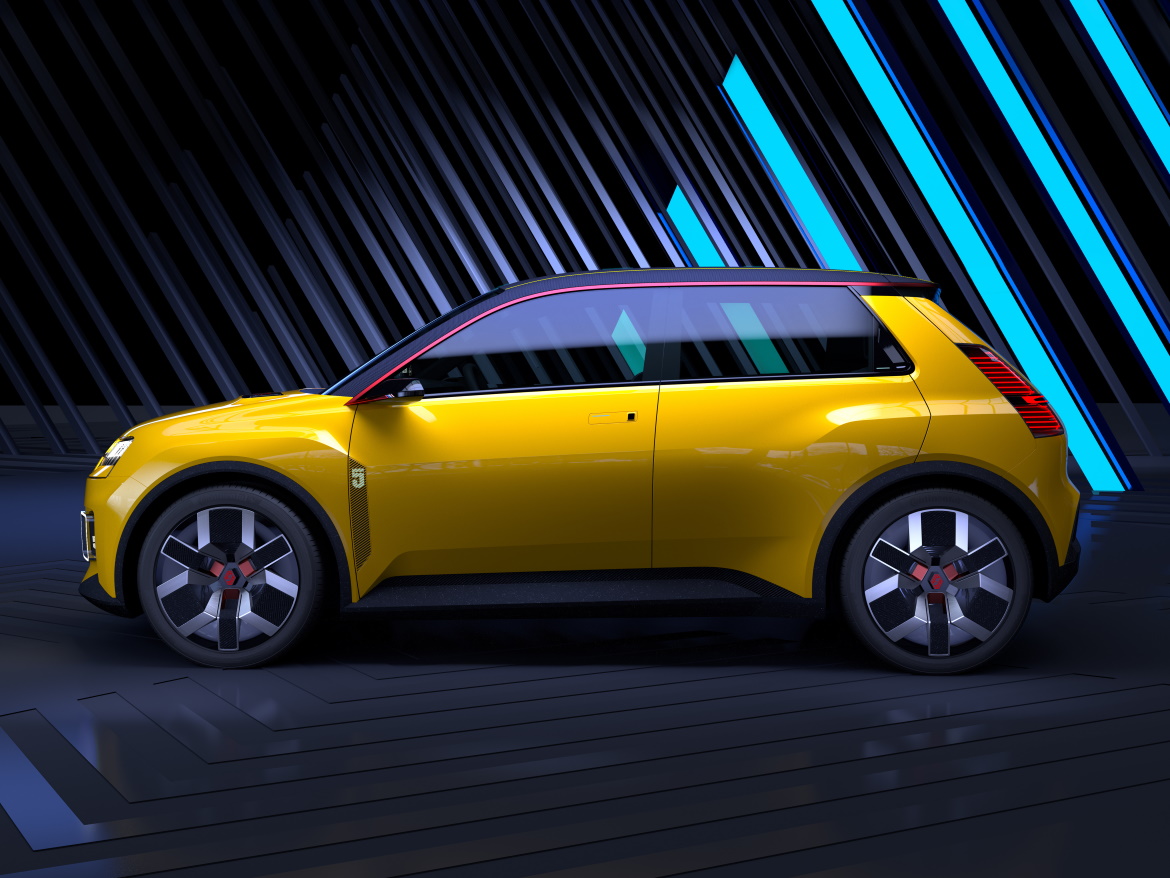 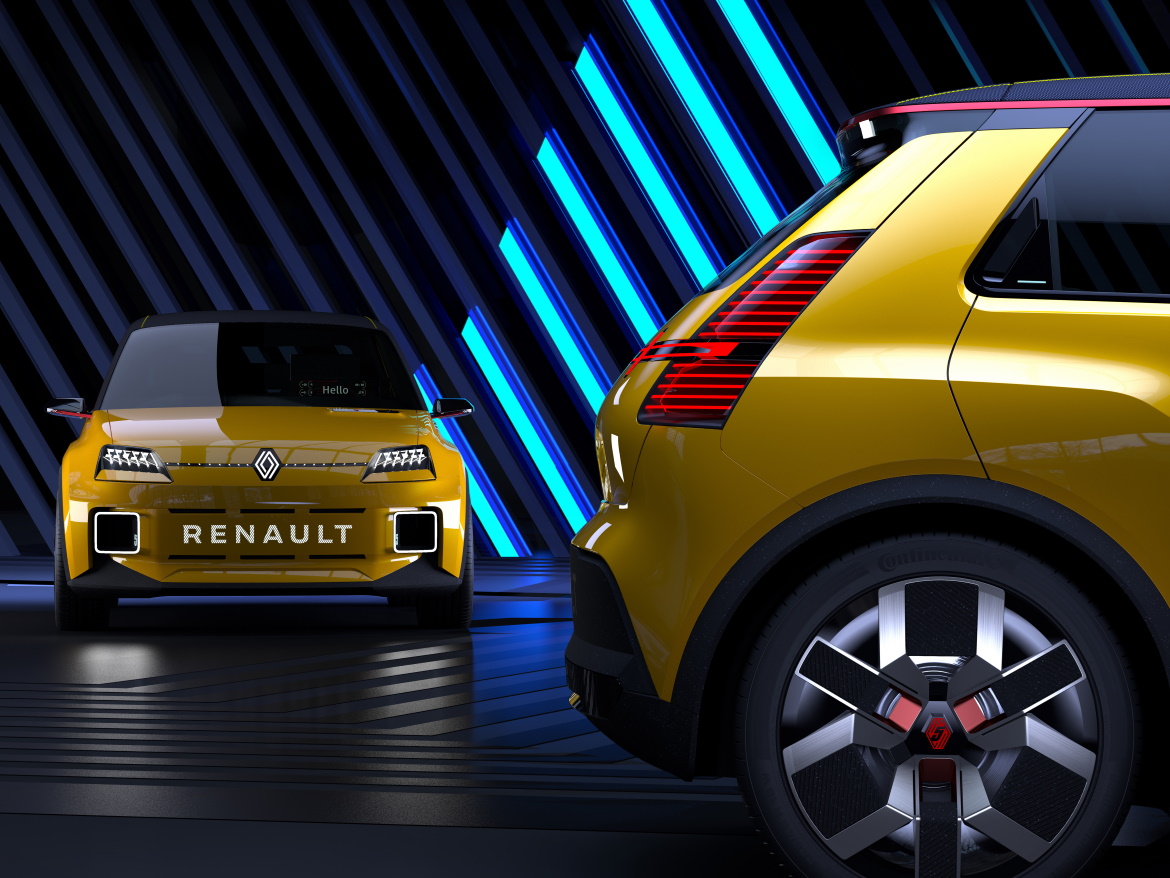 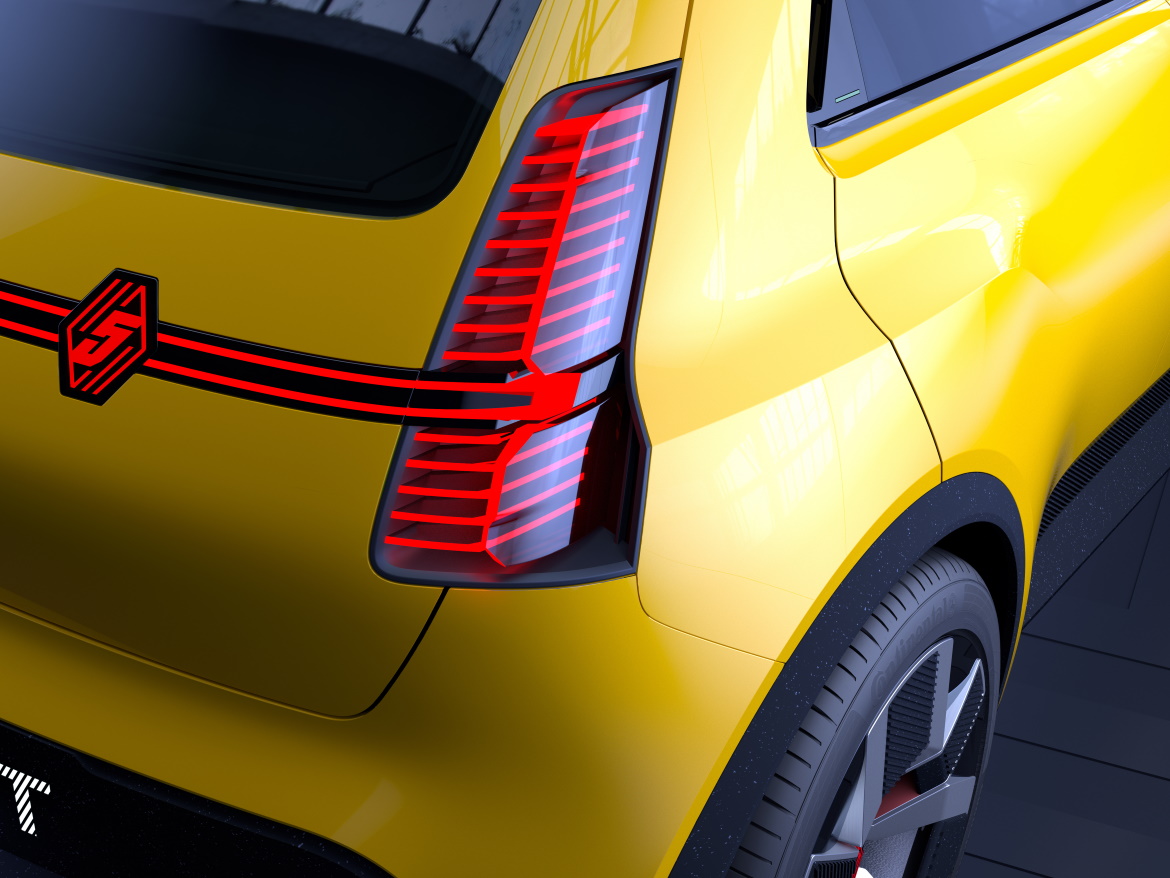 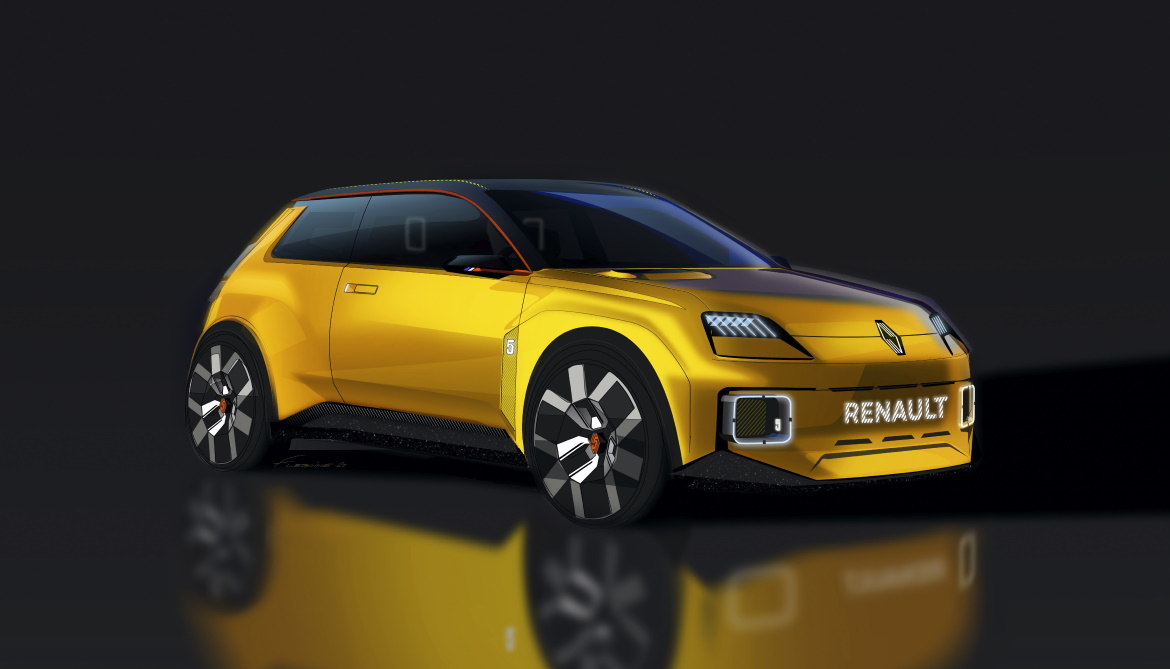 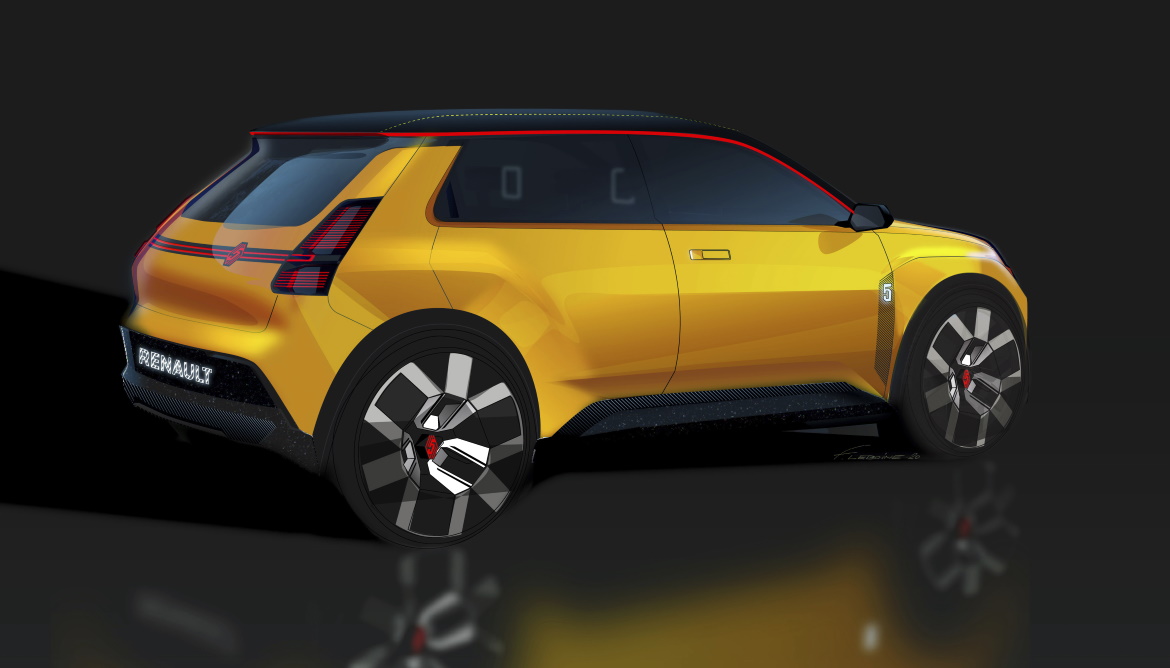